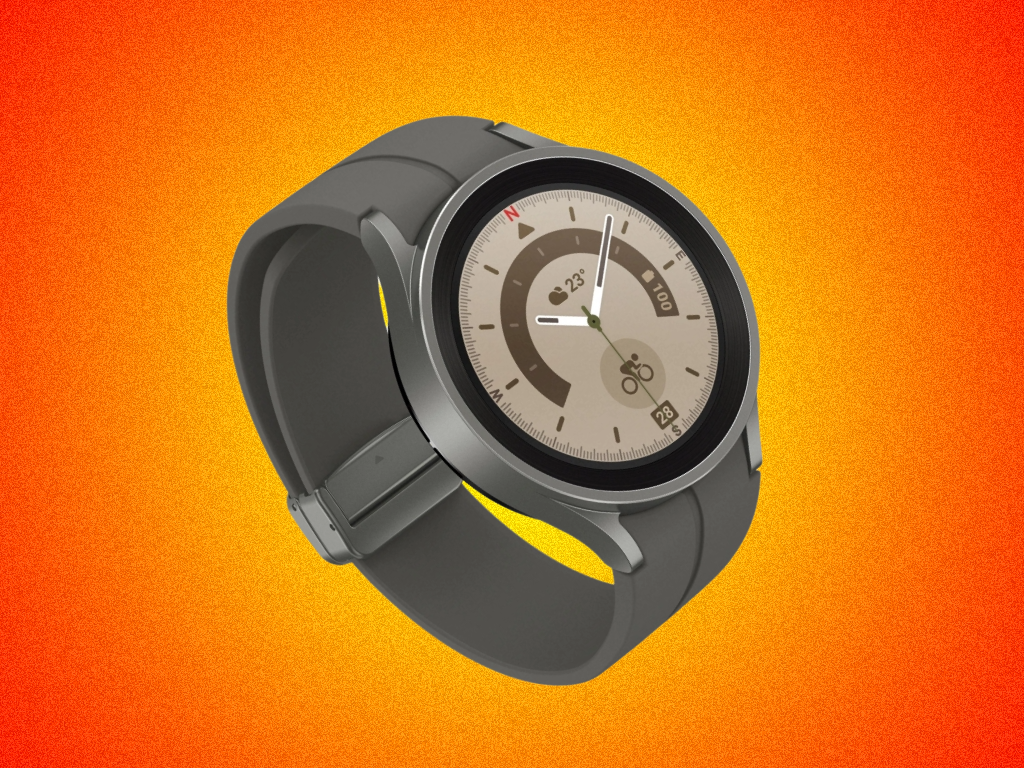 With every new tech launch comes hype and hyperbolics. The all-new Galaxy Watch5 Pro is no exception. The latest variant in the Samsung wearable family, unveiled at Samsung’s Unpacked event last month, is touted to be the brand’s most durable and feature-packed watch yet with its advanced specs, intuitive insights and even more powerful capabilities. But before we get probing and prodding, let’s first take a quick look at the watch. 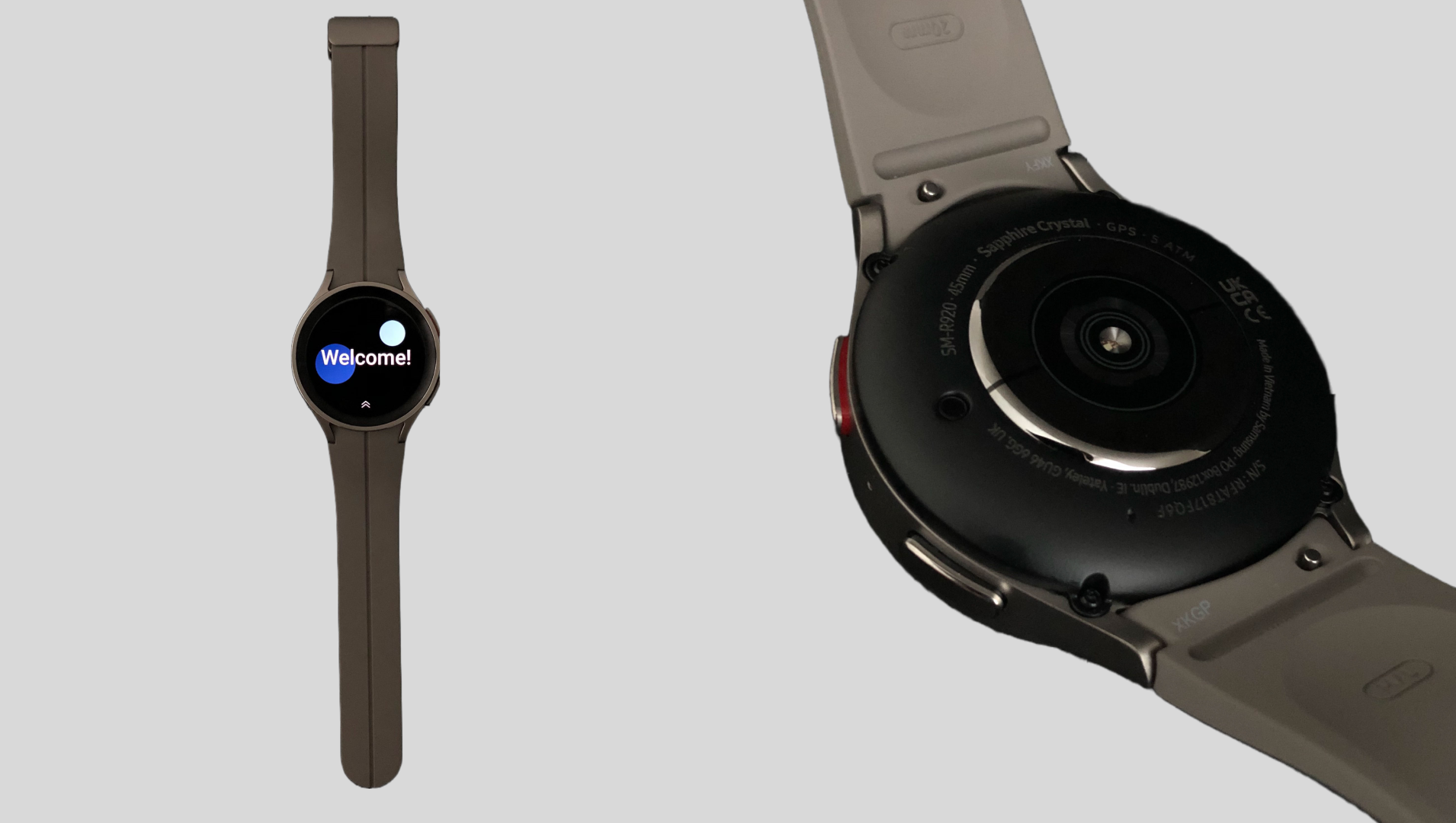 The Galaxy Watch5 Pro stuns right out of the gate. It comes in a matte black box—perhaps taking cue from the flagship Galaxy smartphones—debossed with glossy Samsung and Galaxy Watch5 Pro signatures. A picture of the watch is plastered in the middle of it to familiarise the wearer with the piece and to disclose the colour of strap they’re getting. Inside the package, a thinner box contains a standard quick start guide as well as a wireless charger. The latter, as per usual, boasts a charging pad that connects with the back of the watch magnetically. So, especially for first-time users, consider the fear of having the watch just hovering above the dock needing to be pressed downwards to connect to the charging disc allayed.

Now, on the watch itself, the straightforward, no-nonsense aesthetic from the previous generation remains. The big upgrade here is the 45mm titanium casing with two physical buttons on the right side. The hardwearing material, available in black and grey, is a departure from the Galaxy Watch4 and Watch5’s aluminium and, in theory, should better guard the watch against damages. Another notable difference here is the thickness of the watch. Measured at 10.5mm—some have argued that it’s bulkier than Samsung let on—the bloated design is largely resulted from the size of battery used which is 60 per cent larger (590mAh) than those in the Galaxy Watch4 series. Visually, it does look quite chunky on our wrist but even at 46.5g we hardly feel it. 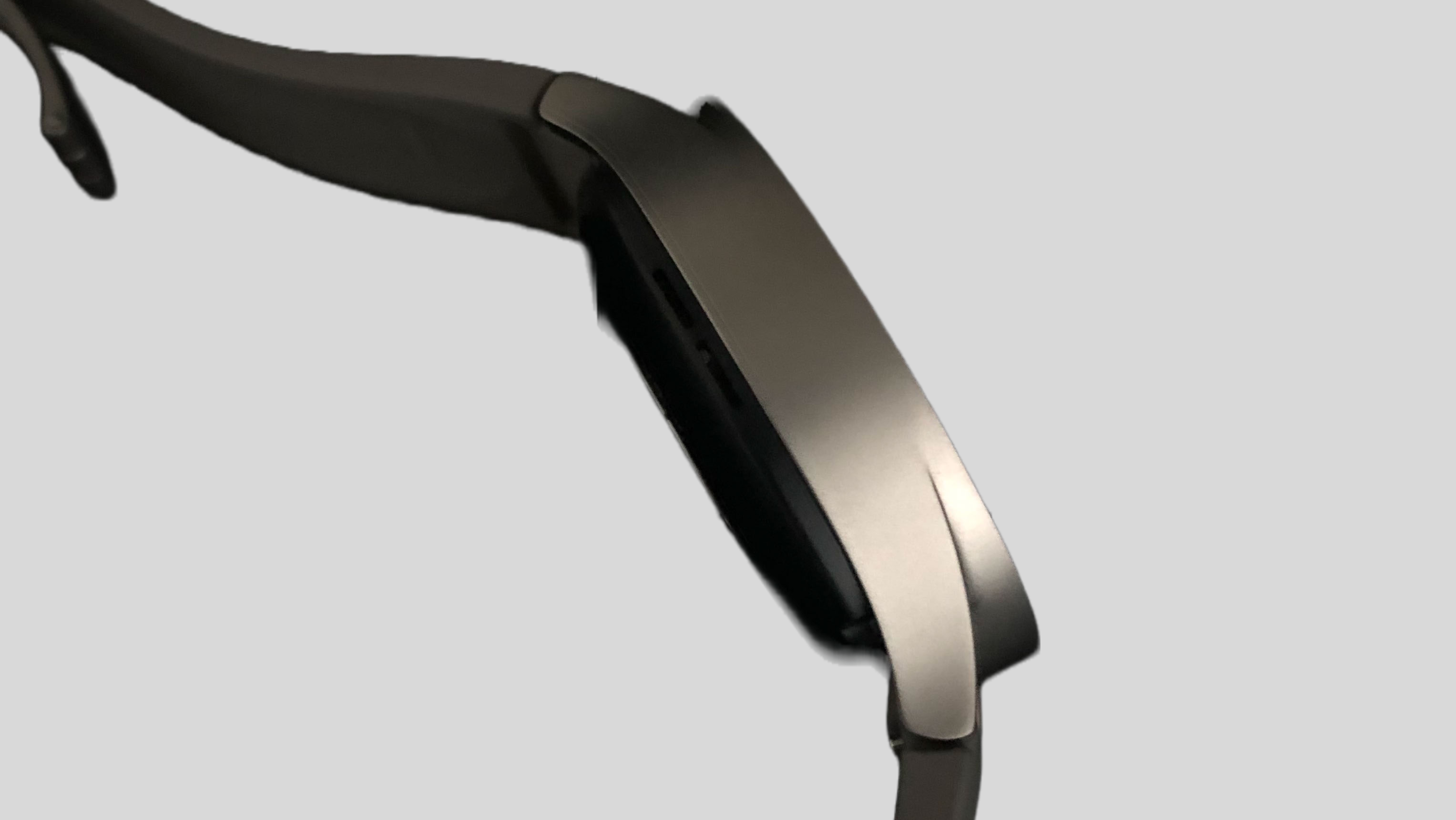 As for the display, the Galaxy Watch5 Pro features a premium sapphire crystal glass face that promises elevated durability and resistance to scratches. Display protection is also enhanced with a protruding bezel design. Speaking of which, the new iteration sports a functional digital bezel, signalling Samsung’s insistence in doing away with the physical, rotating kind. The Galaxy Watch5 Pro, above all, is built for fitness enthusiasts and the health-conscious. Hence, the redesigned curvature of the back glass which maximises contact between the BioActive Sensor and the wrist. This change is said to improve sensor accuracy and subsequently present precise data that includes body composition and blood oxygen saturation. Those who live an active lifestyle would also enjoy the state-of-the-art D-Buckle Sport Band with a magnetic clasp. The smooth texture is soft to the touch, according the wearer an air of luxury, which in turn allows them to go about their day carefree. The strap slips on and off easily after it is adjusted to one’s wrist measurement—a simple process yet may take a minute to figure out.