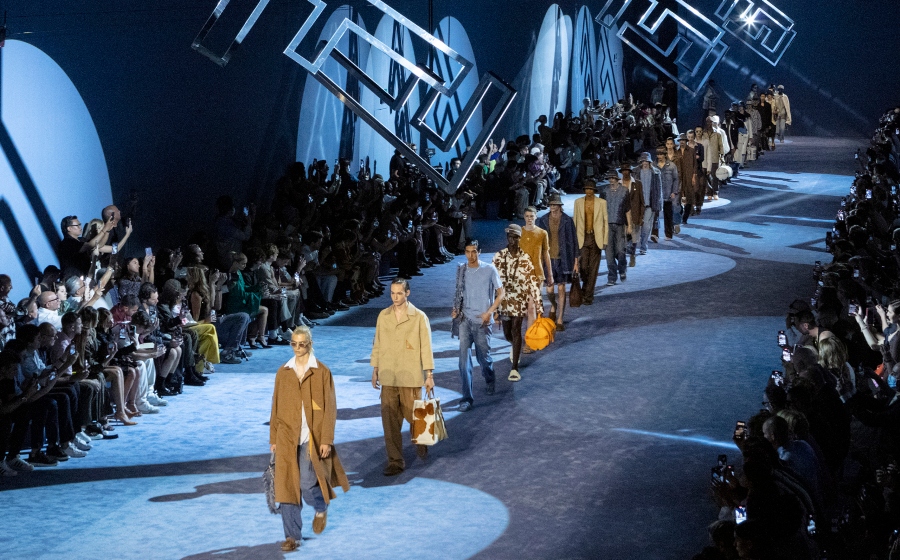 Traditionally speaking, the spring season for menswear was always about making the cash register ring. It was a visual vehicle for designers to condense the tropes and tricks of their brand (and more often than not, a characterisation) and produce an it-list for the season that materialises again into the next. When the stars align (we believe it’s called a retail report) and there’s enough talk in the town (again, we believe it’s called a social media report), the item sees a new life as a classic.

At the Fendi Men Spring 2023 show, Silvia Fendi already knows what entertains a generation of Fendi customers, a trait she has been developing since 1994. The baby boomers just simply want clothes that they don’t have to fuss with, the millenials have one eye on the future (the allure of something trendy) as they do to the past (once again, great clothes sell), and the Gen Z-ers can make “money moves“. Those with their coffers lined already don’t need an introduction to what Silvia Fendi does for the House: they already know the look numbers of their desire and WhatsApp it to their sales associates and as for those coming into their own money, Fendi’s menswear itself has become a style lexicon across social media apps —  “You look very Fendi today”, “That’s a Fendi look”, or “Let’s do a Fendi”.

While it is easy to dissect the Fendi Men Spring 2023 show into stylistic tropes — the ’90s California cool, the skater boy fits, or the All-American man — we are calling it a return to the simple life. A period in menswear where clothes were really just clothes, where runway shows were so cohesive from start to finish that you can break looks apart and restyling them wasn’t a fashion feat and of course, things made for real life. The spring season, after all, has always been about going outside to do things.

Here, our 10 favourite looks from the Fendi Men Spring 2023 show. 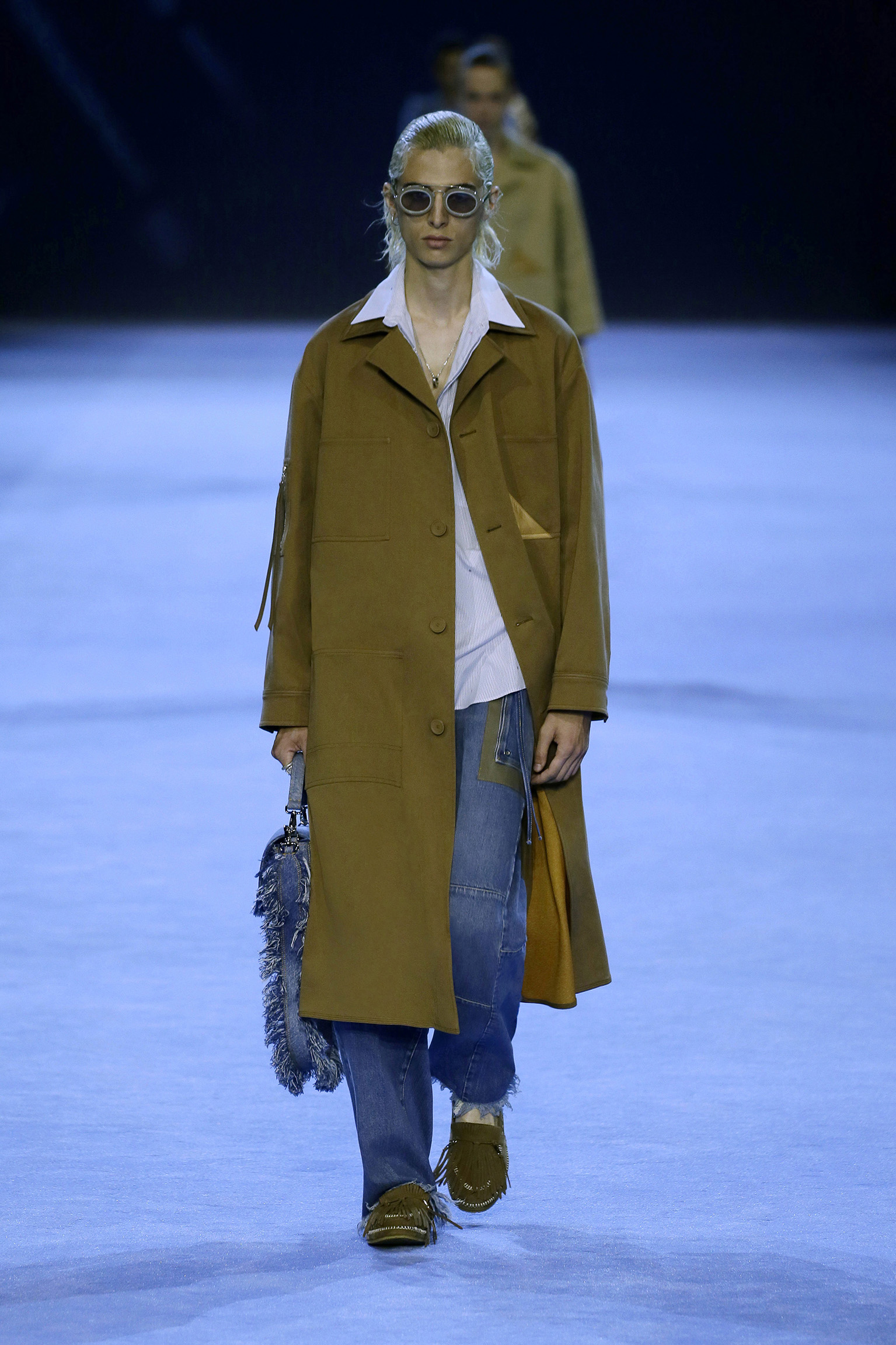 Look 1: The Spring 2023 combo of simple separates packs a visual punch — a great coat, shirt, jeans, and moccasins. A ’90s flex for a new era. 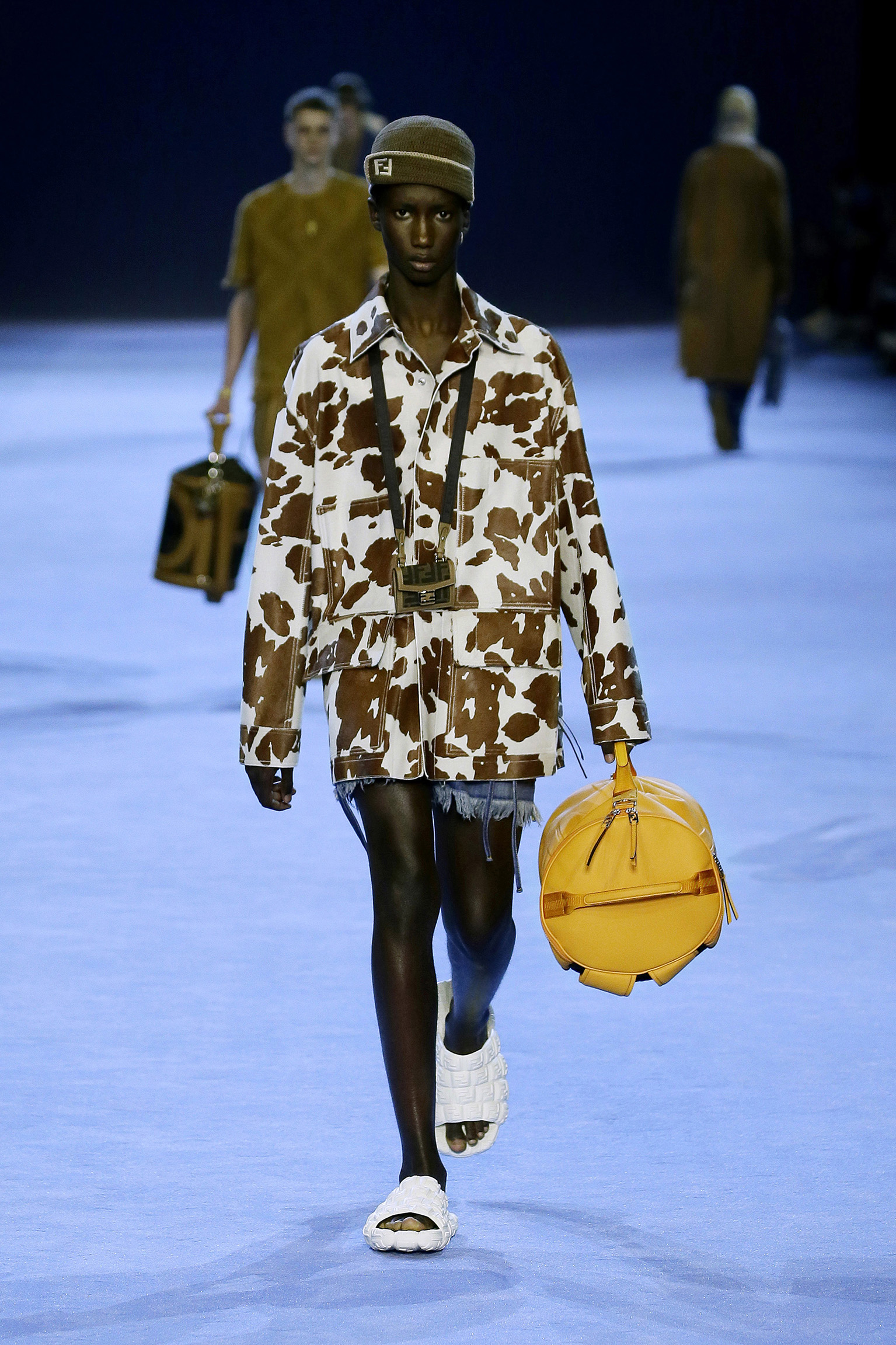 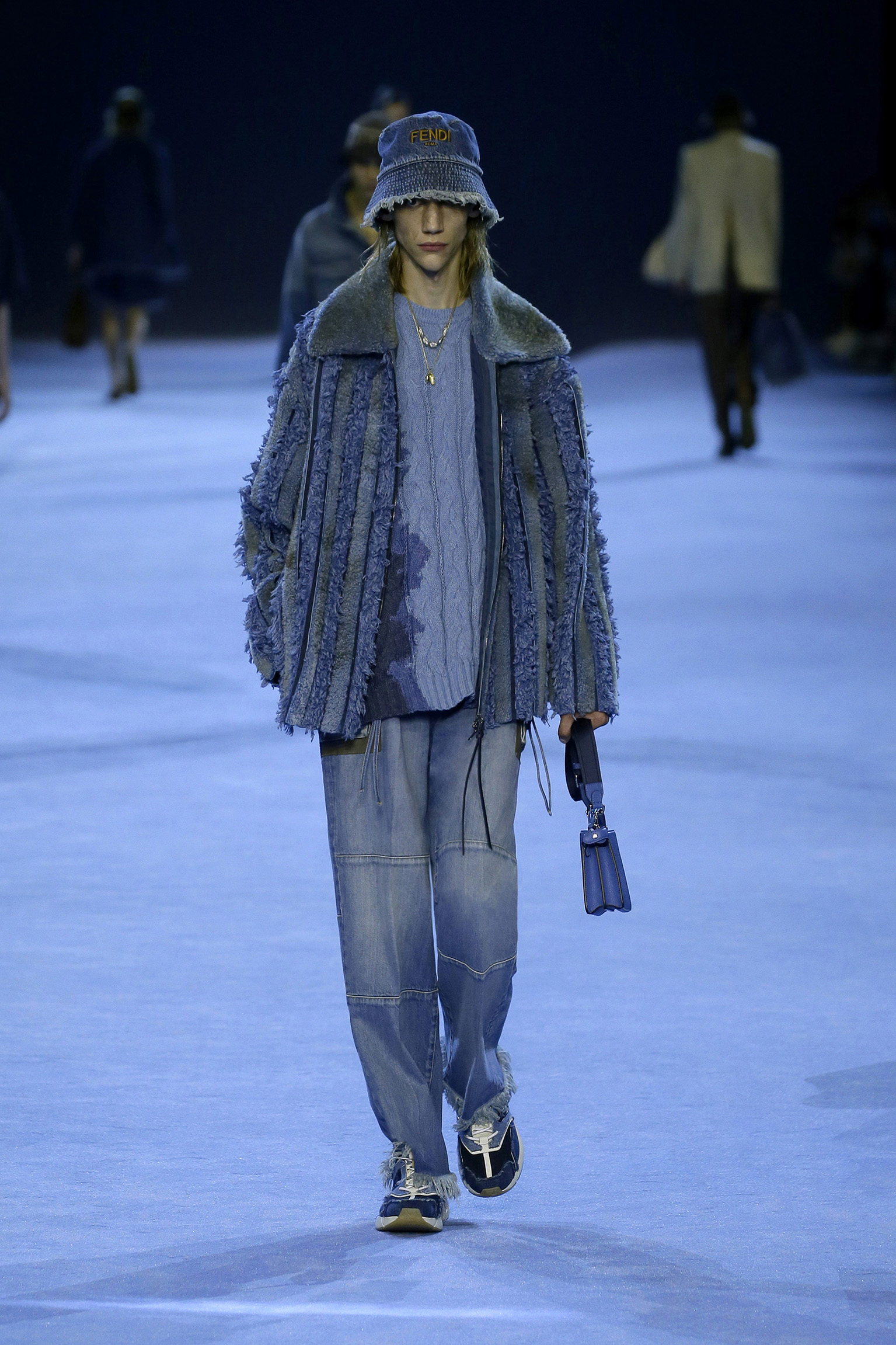 Look 10: The formality of fur becomes something funky when it’s used as “tromp-loeil” denim. 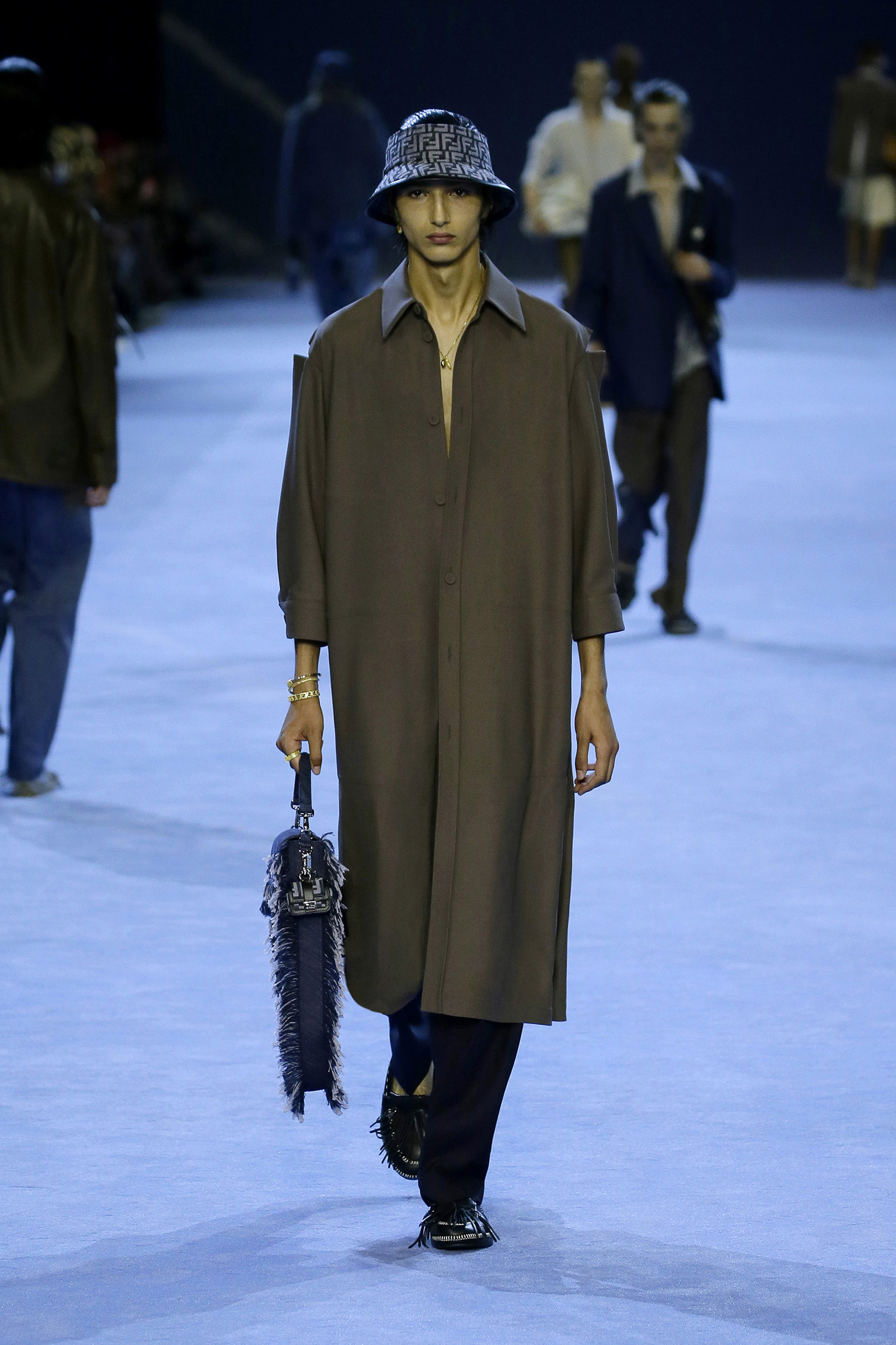 Look 13: Subtlety is beautiful at the Fendi Men Spring 2023 show where a “shirtdress” comes with slits. 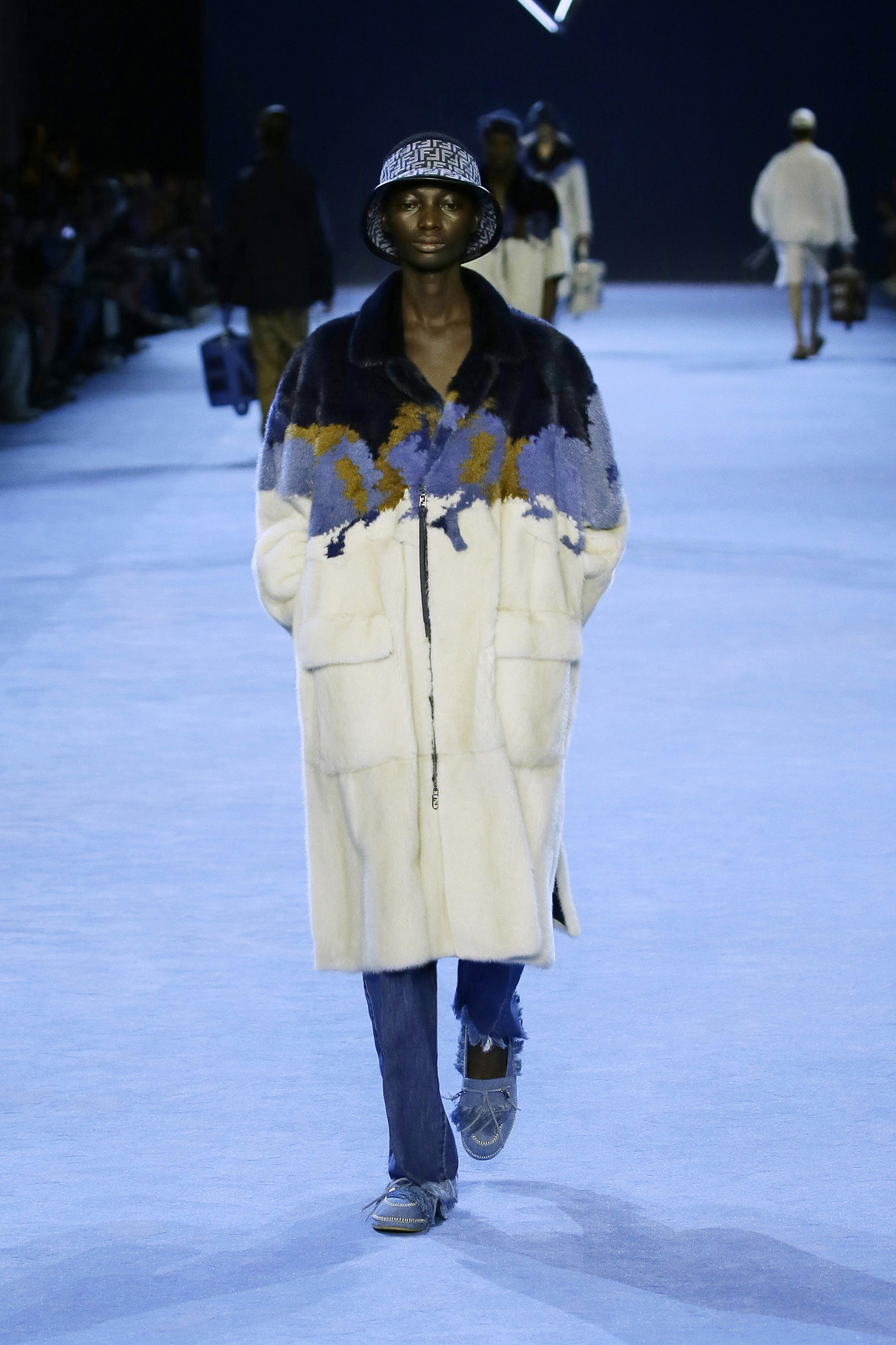 Look 20: Making fur desirable as it is abstract is, of course, one of the geniuses of Silvia Fendi herself. 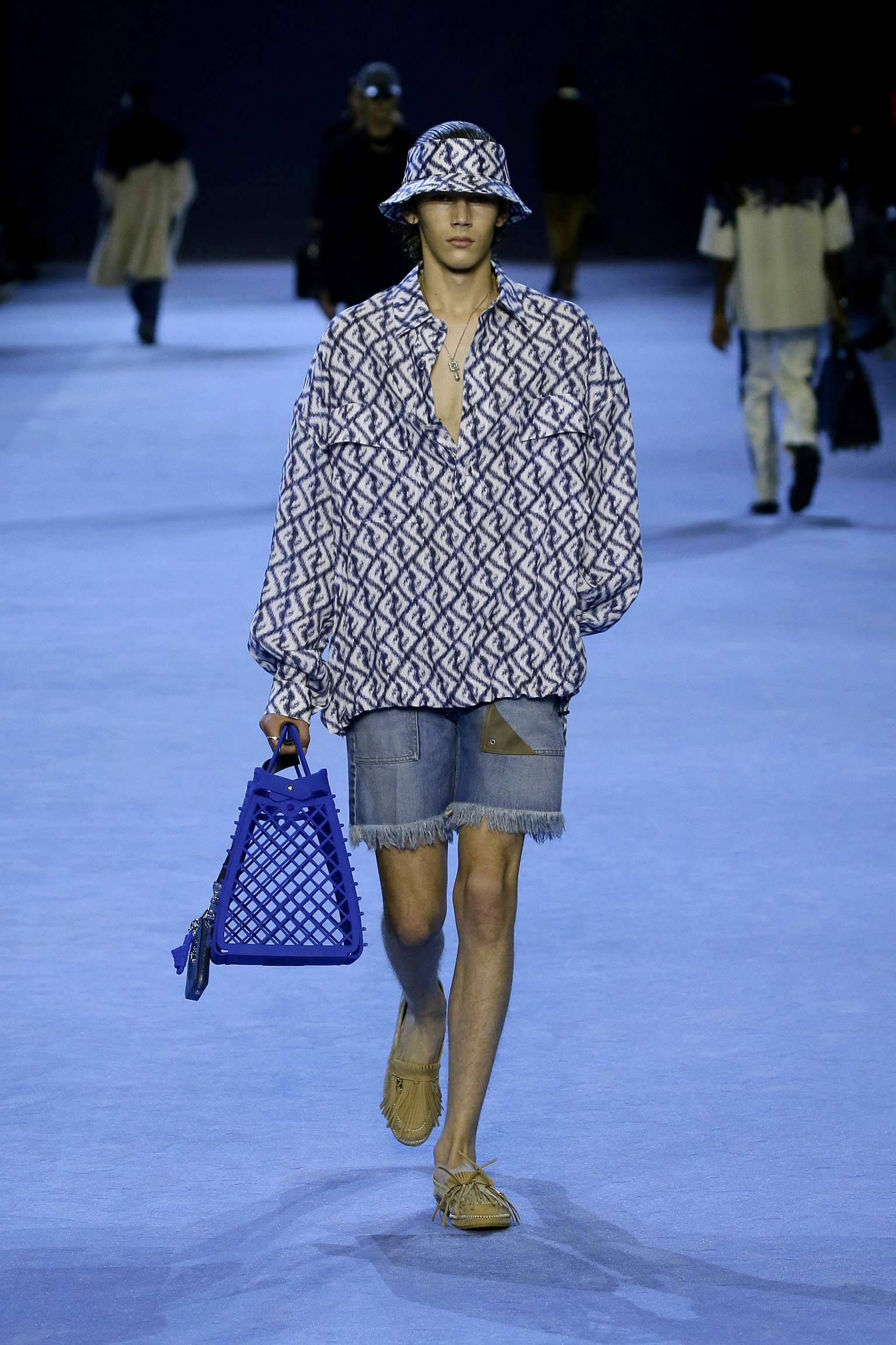 Look 23: A macro trend spotted at the Fendi Men Spring 2023 show — the return of the jet-set elegance look. 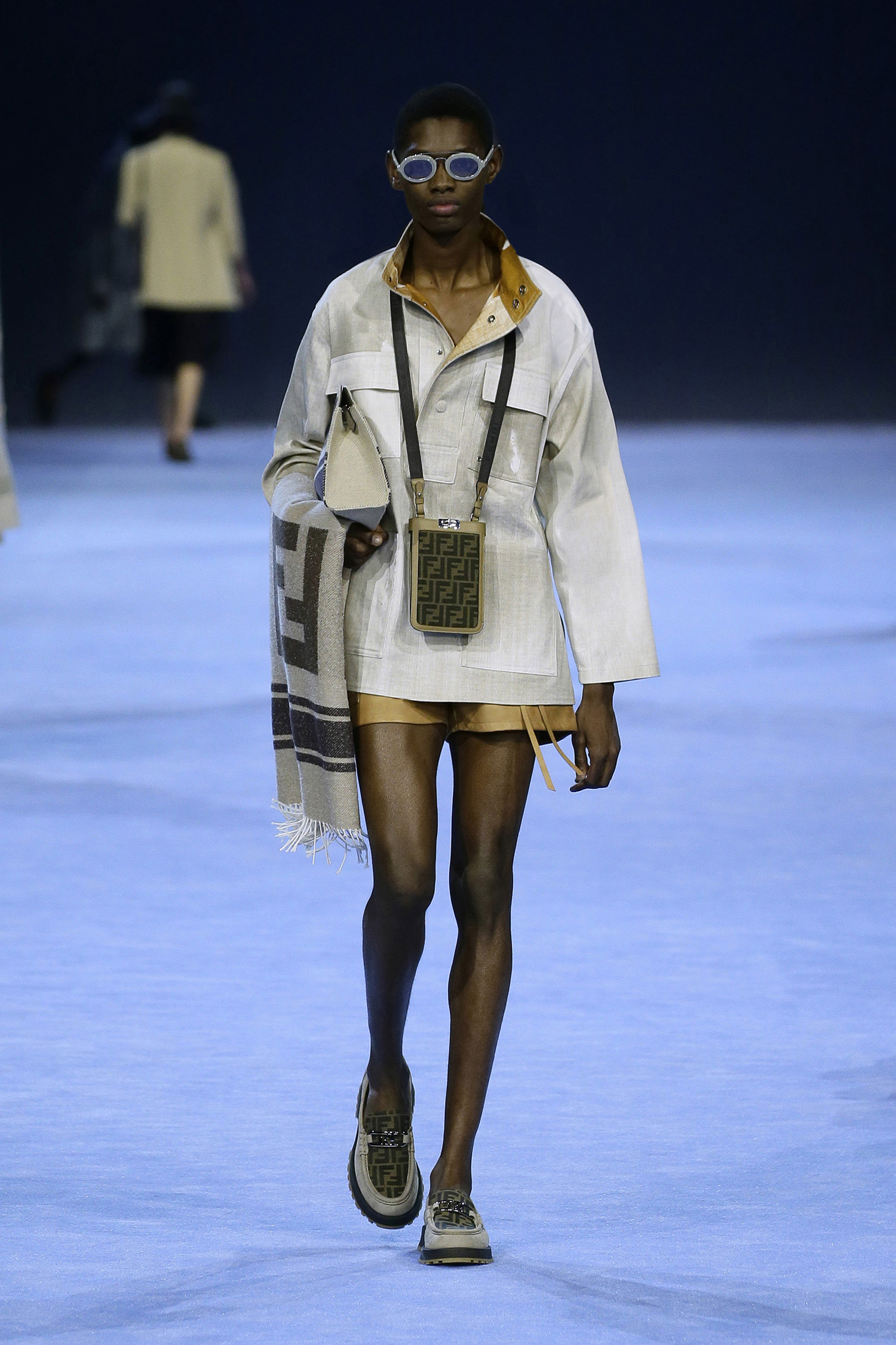 Look 31: Next season’s short lengths aren’t just dictated by one palm above the knees. It now requires two. 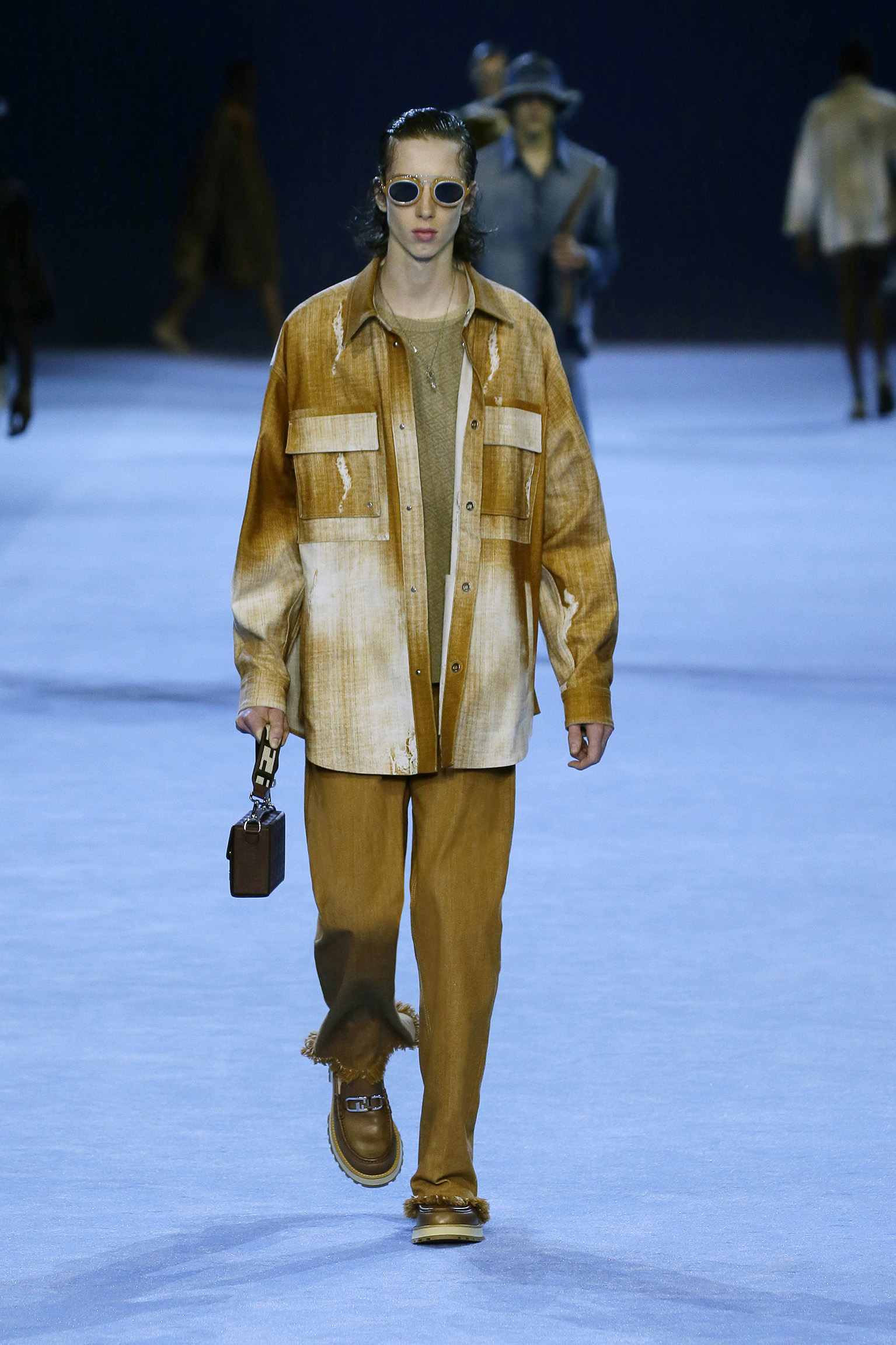 Look 35: The box bag is now relevant for men, courtesy of Silvia Fendi. 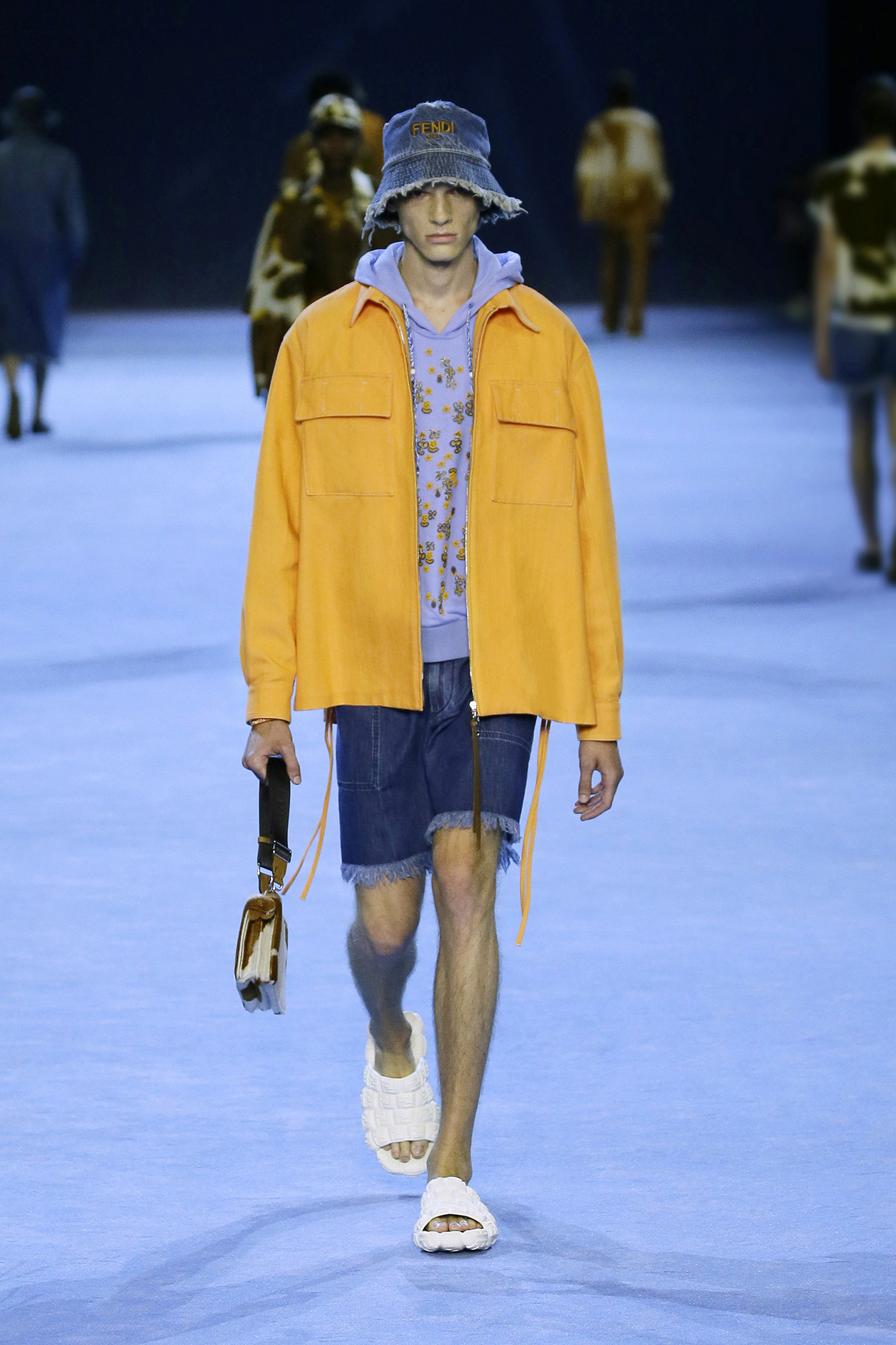 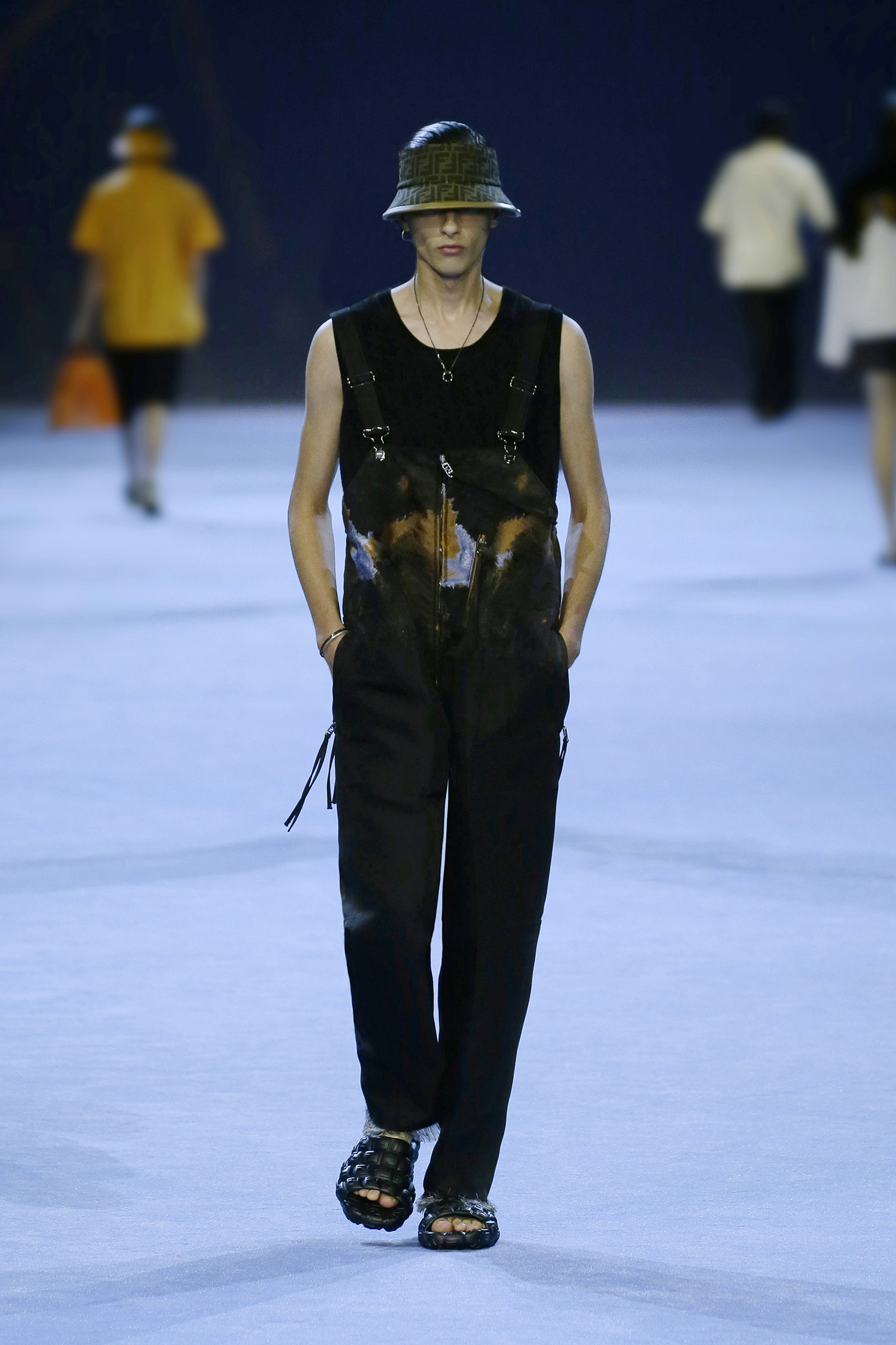 Look 49: And finally, another example of real-life clothing made funky for real life — the overalls.