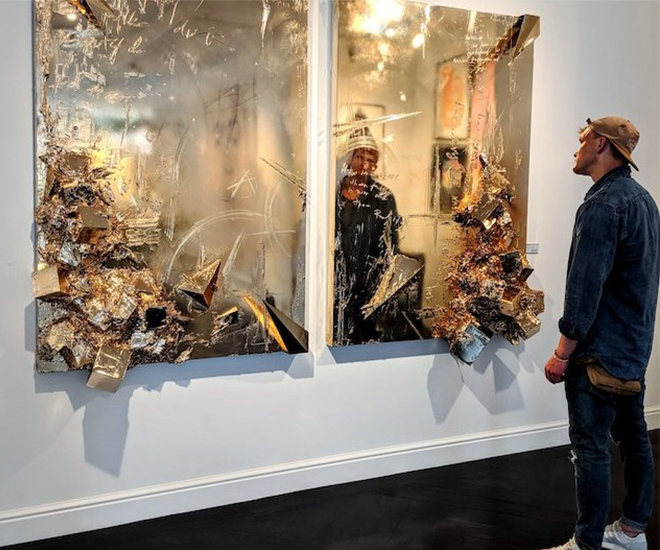 A person’s relationship with art is highly personal. It could start from a young age or it would blossom as we grow older. For Polish artist Igor Dobrowolski, it was the latter and he didn’t officially kick-off his journey as an artist until 2014 but had dabbled with painting from a young age. Before that, he was working on his dream of becoming a professional BMX rider as he thought it was his calling.

The path Dobrowolski had set up for himself as a BMX rider involved at least eight hours of practice a day — even during the weekends and holiday seasons. He did this for seven years but despite his hard work, Dobrowolski did not see the desired results he wanted and decided to call it quits. 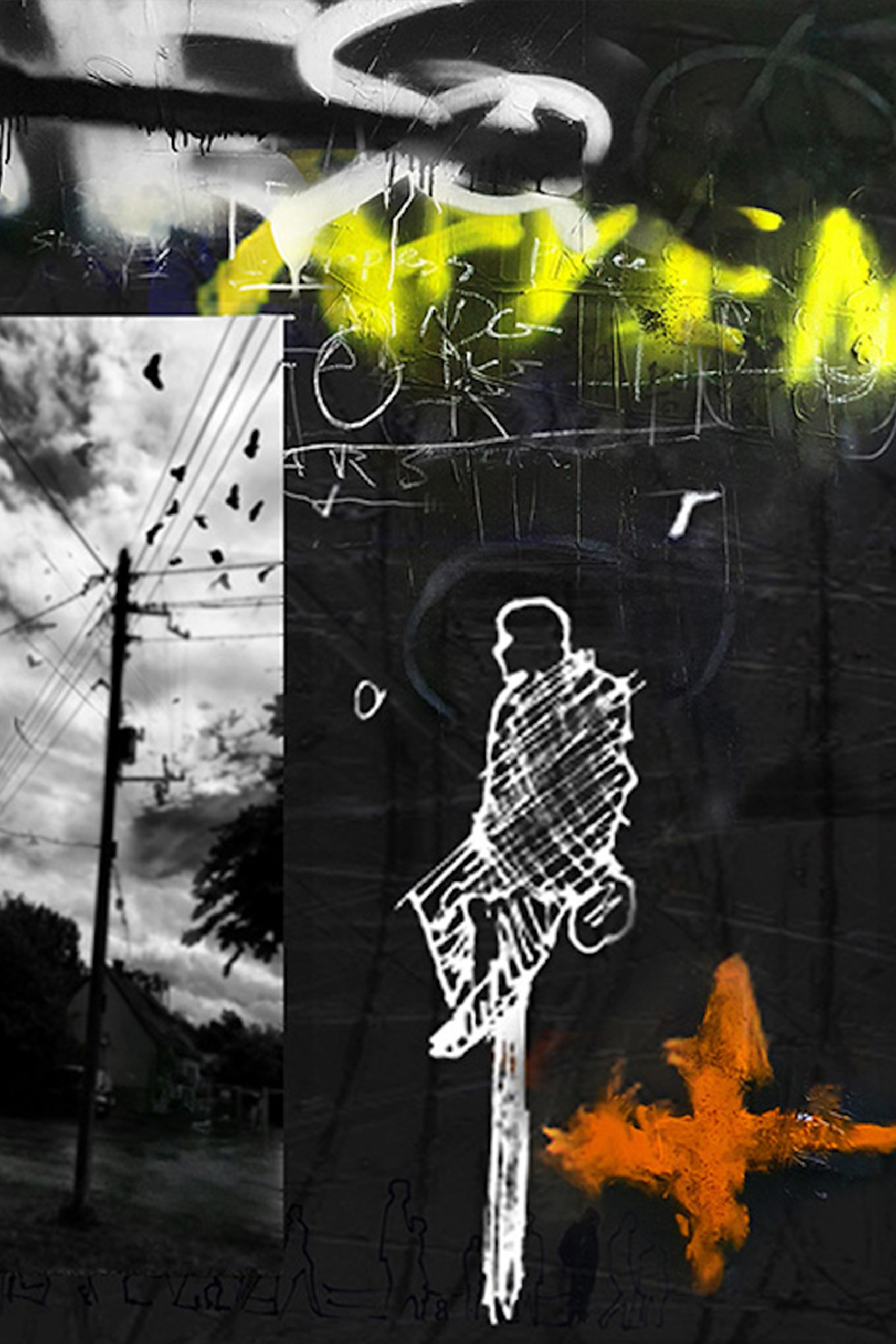 As Alexander Graham Bell famously said, “When one door closes, another opens”, Dobrowolski soon found a new opportunity. He began designing high heels, handbags, and accessories for women after a surreptitious event.

“I felt that I had a great talent and ease for [design], plus the ability to work constantly on my gift,” the artist says of his new venture. “I saw how new designs of shoes, bags, and jewellery quickly appeared in my head, and thanks to working on my painting skills I was able to present the designs.”

The switch from being an aspiring extreme sports athlete to a designer is unconventional, to say the least. But that is the beauty of life, isn’t it? Dobrowolski credits his change in career to “luck or intuition” and this new chapter lasted for another seven years. 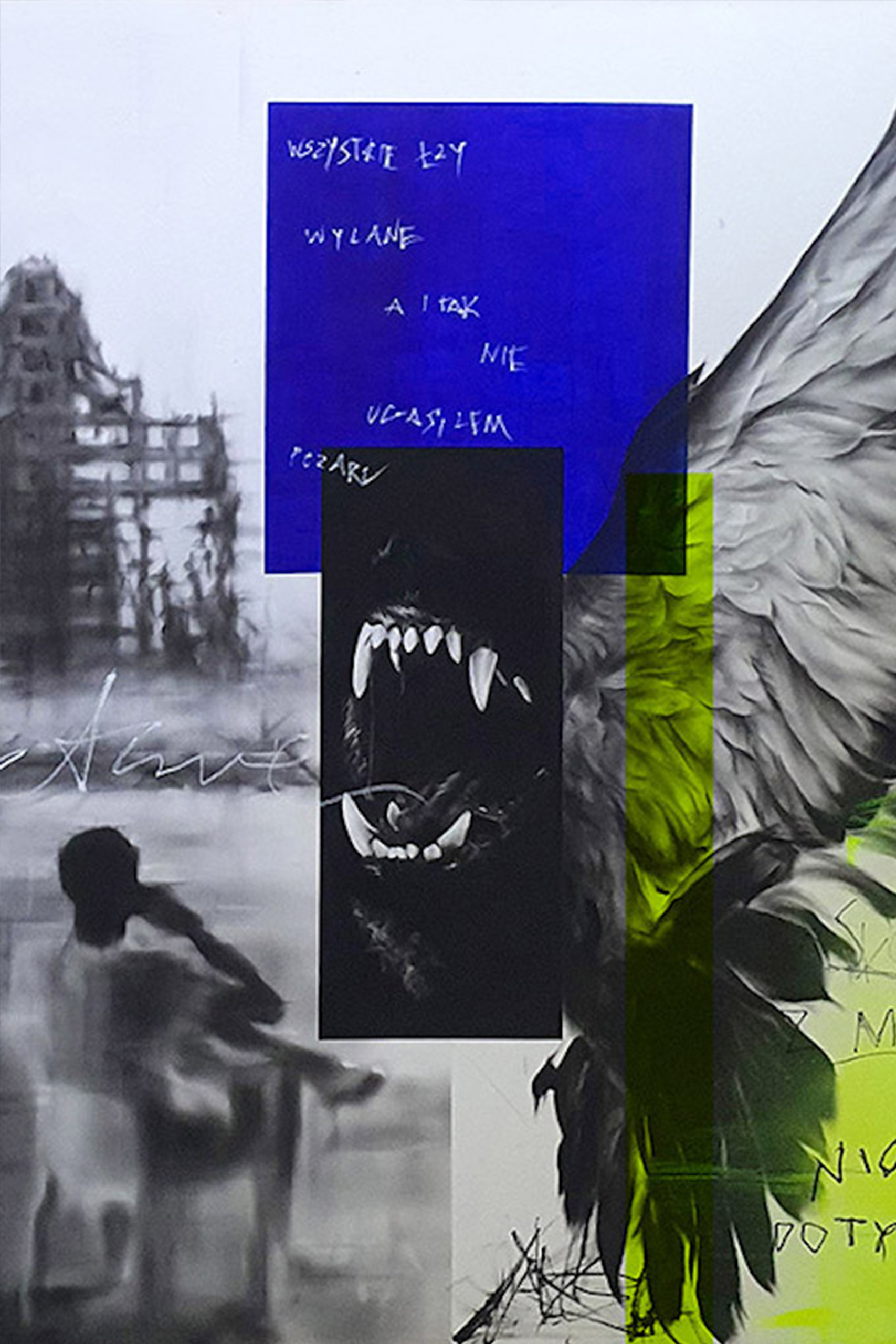 One could say Dobrowolski’s first artwork was a large painting he did in relation to the difficult situation some girls faced in India. Continuing his creative outflow, Dobrowolski created more paintings and these had the seal of approval from his brother and girlfriend. Through this new medium of communication, the artist felt he could “convey a lot more” and had more freedom to express himself.

Fast forward to today, Dobrowolski is into his eighth year of being a full-fledged artist. His body of works spans different styles. His next masterpiece could be a large oil paint, which he likens the material to “analogue photography”. The artist further adds that “oil paint has a sense of truth”— it is able to capture the raw emotions he wishes to relay to his viewers.

A quick browse of Dobrowolski’s paintings, one would find that his artworks are mostly monochromatic, with occasional splashes of colours. “Realistic monochrome paintings are one of the many things I create artistically,” the artist says. “I also paint more abstract paintings with my left hand, my inner child.”

He doesn’t confine his art to just traditional forms such as painting but also street art and sculptures — this multidisciplinary approach makes it difficult for him to pinpoint his style and he leaves that to the critics to decide.

Conversations these days are usually centred on the impact of Covid-19 on our society. The same question was posed to Dobrowolski, to which he answered that our society is living in a paradox.

“The whole pandemic, I think, showed how one person is connected to another, and how what happens in one country has a huge impact on it in another. We are connected vessels,” says Dobrowolski.

“But also, unfortunately, now you can see how divided we are and this is one of the reasons why this world is where it is.” 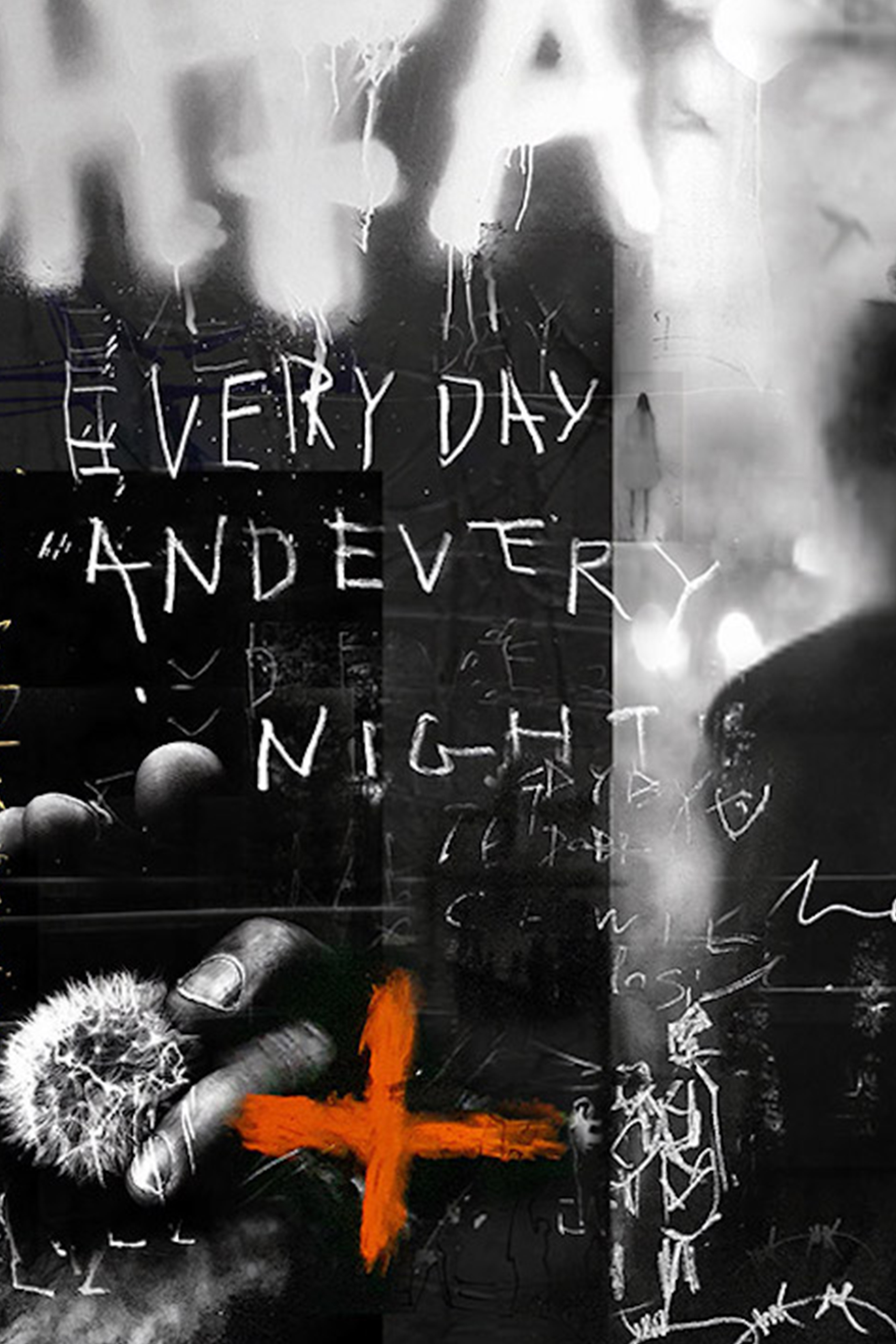 To wrap one’s head around this predicament can take a toll on the body and Dobrowolski turns to yoga and meditation to alleviate stress and to find inspiration. He says doing meditation allows him to “look at [his] thoughts and to find a space in [his] head”. Similarly, yoga helps to “releases all sorts of traumas and heavy emotions that are stored in the body much better than any medicine we know”.

With a clear mind, Dobrowolski is then able to transmit his thoughts and messages more clearly into his paintings. He shared that his artworks on the chaotic situation in Yemen were one of his proudest works. Throughout Europe, where his art pieces can be seen, elicited strong responses and had even inspired a girl to help raise £250,000 for the Red Cross. “It was an amazing moment that showed me that my stories really make a difference,” says Dobrowolski.

Therefore, when asked if he was a socially engaged artist, Dobrowolski agrees 100 per cent. Being relatively privileged compared to those who may be leading a more difficult life, Dobrowolski feels that he has a moral duty to help those who are not. 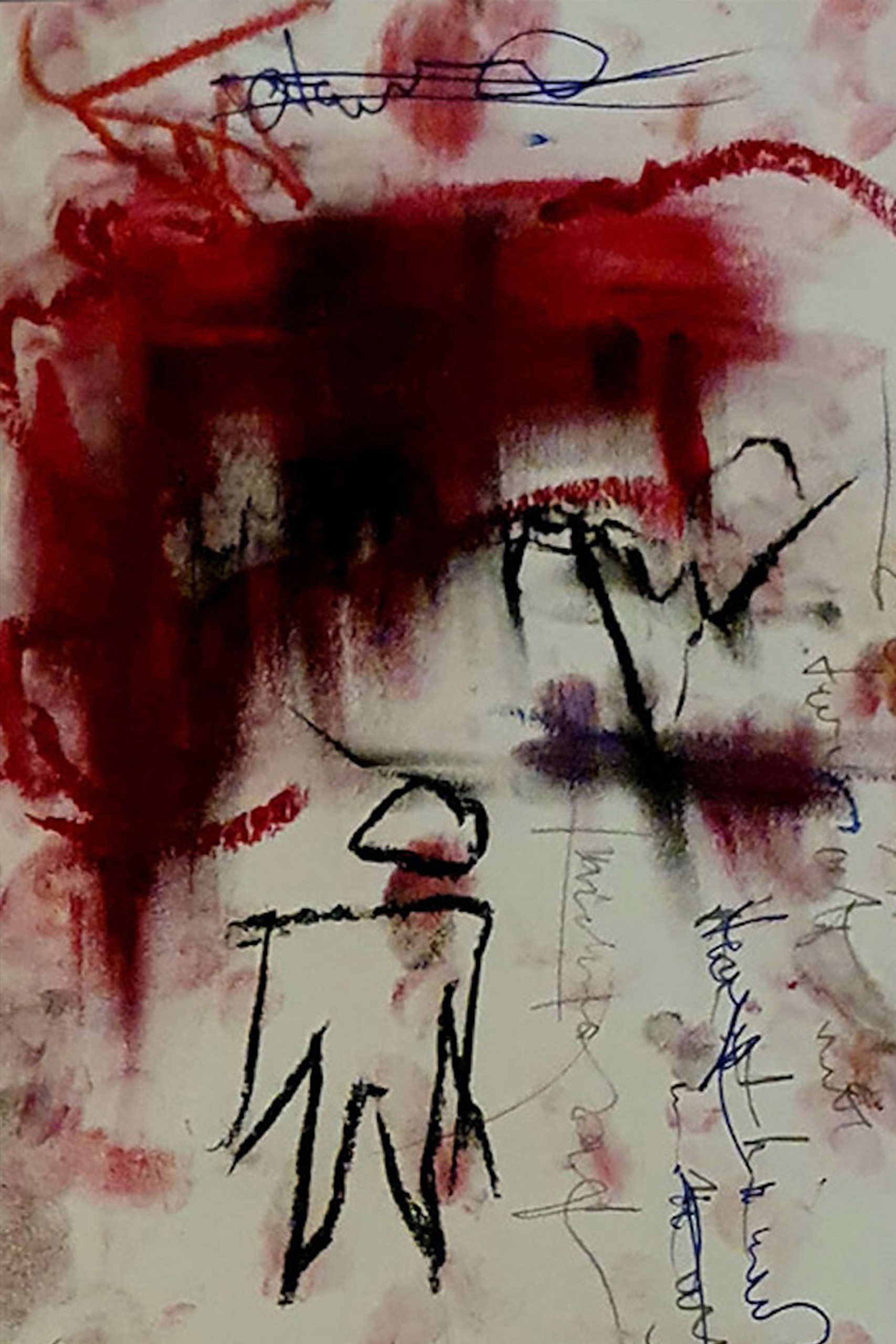 Perhaps it is the desire to use his gift for the greater good or maybe his artworks are able to subconsciously connect with his viewers, the results are evident: Dobrowolski’s exhibition in Taiwan was a huge success — he sold all his artworks.

Moving forward, his partnership with Art Works is another cooperation he looks forward to this year — he will be staging a solo exhibition in Singapore. “They are very professional but also really warm and this is a great rarity in the world of art and maybe the whole world. I think great things await us together.”

Art Works is a Singapore-based art gallery and boutique advisory firm that is on a mission to break down the longstanding notion that art is only reserved for the elites of society. Its unique proposition has appealed to artists like Dobrowolski, who wishes to make his art pieces accessible to as many people as possible. Therefore, the relationship between the two is an ideal match.

On a more personal note, Dobrowolski also shared with us who he thinks are his mentors in his life. To him, his family are the ones closest to him and each impacts different lessons to him, then there are also others like author Noam Chomsky, political scientist Norman Finkelstein and journalist Chris Hedges. These people are great professionals in their fields but they all have a great heart on many levels.

This article first appeared on LUXUO.COM


The return of Girard-Perregaux Casquette