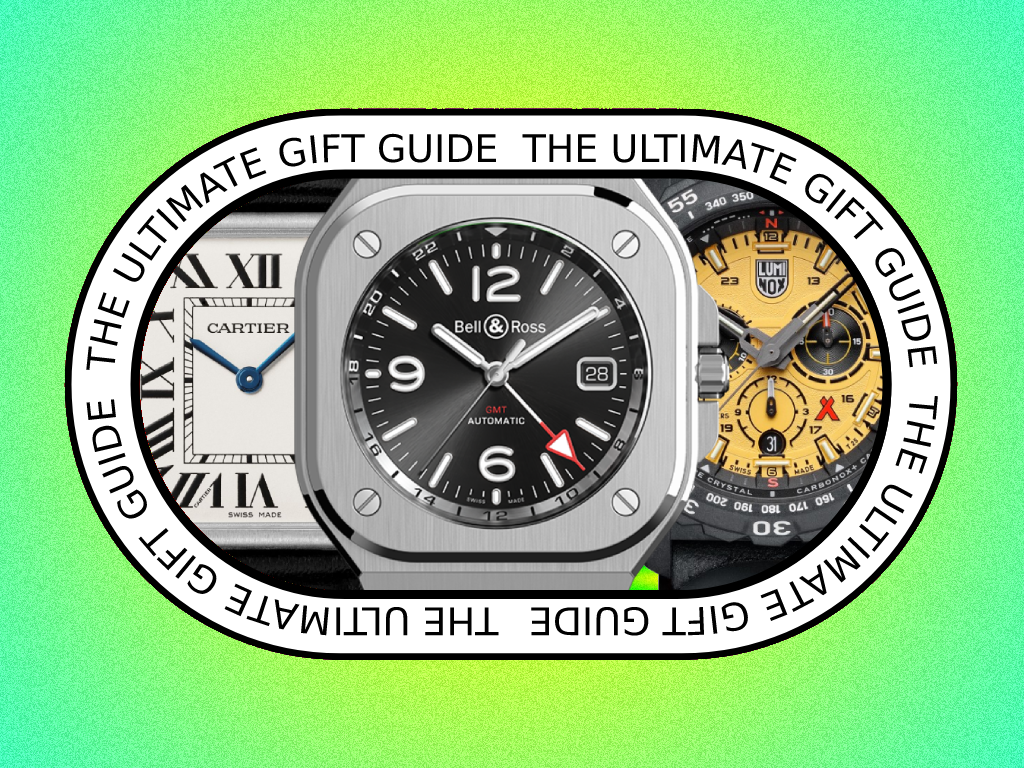 From pleasingly chic to all-out luxury, here are the best men’s fine watches to gift this Christmas. 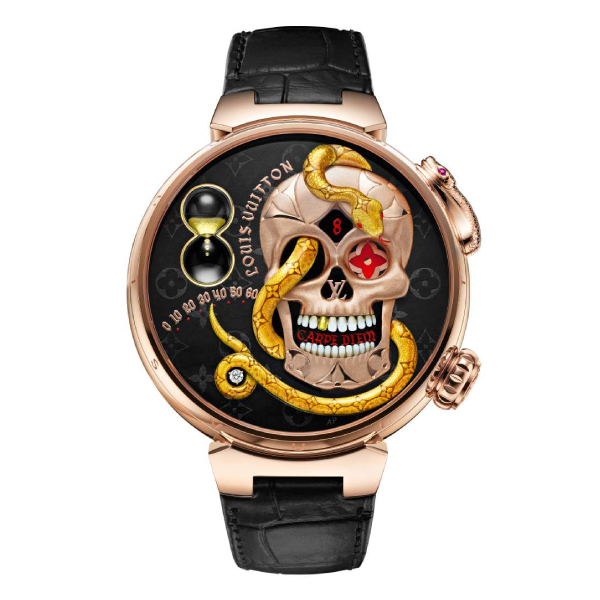 This award-winning timepiece deserves all the attention it gets. Bestowing jacquemarts their traditional meaning, it remains appreciative of the passing of time with 21st century prowess by featuring four complications: a jumping hour, a retrograde minute, a power reserve display and the mechanism of the automata. Without hands, it tells time when a push-piece located at the side of the 46.8mm pink gold case is pressed, which in turn sets the dial alive. The central snake’s head lifts up to reveal the hour aperture positioned on the forehead of the skull, while the rattlesnake tail oscillates towards the minutes, placed below the power reserve hourglass. Fully made in-house, the calibre LV 525 demonstrates true high-watchmaking capability with the spectacular design of the movement on full display from the sapphire case-back. 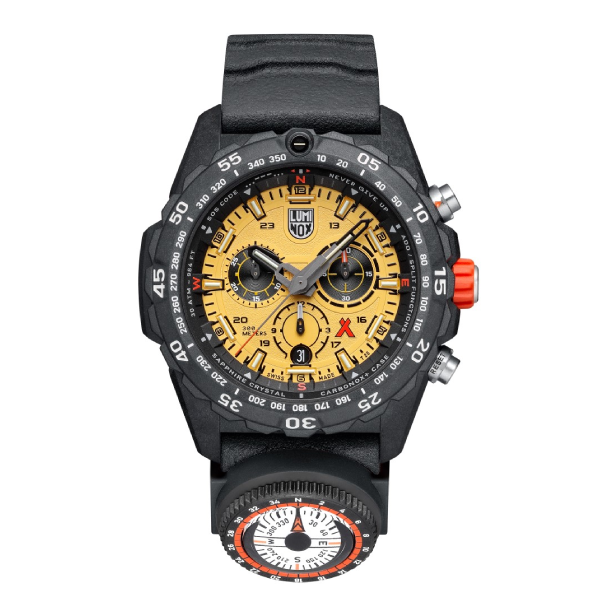 Mention the name “Luminox” and “Bear Grylls” and people immediately think of great outdoor adventures. Featuring an eye-catching yellow dial with two black sub-dials, the Luminox Bear Grylls MASTER SEA ‘3745’ boasts a quartz chronograph in a 45mm CARBONOXTM+ case that has an improved tensile strength and three times less water absorption than regular CARBONOXTM. Outfitted with the screw-in case-back and screw-
down crown, the watch is water resistant to 300 metres making it suitable even to the wettest conditions. It is also equipped with the Luminox Light Technology (LLT), a self-illuminating technology which ensure a constant glow for up to 25 years, 24 hours 7 days a week. 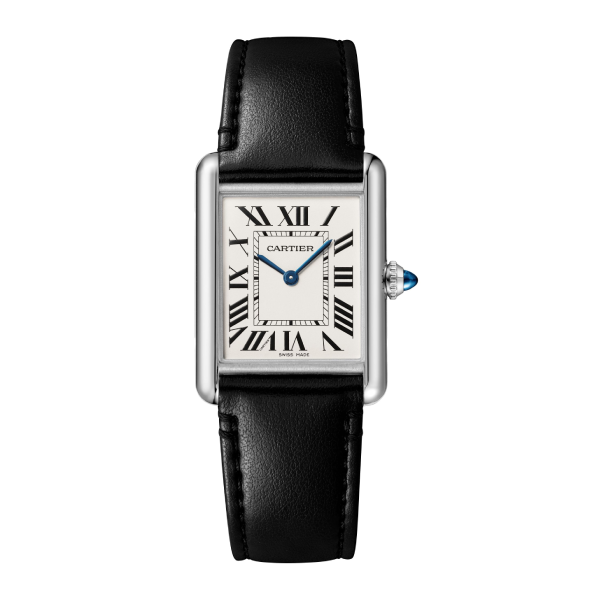 Drawing inspiration from the Tank Louis Cartier collection, Cartier’s new Tank Must collection sees the best of both worlds combining legendary design and enduring sensibilities for the future. The watch offers a sensual appeal while retaining Cartier’s signature design such as the pearled cabochon winding crown, Roman numerals and minute rail tracks. More crucially, the Cartier Design Studio recognises the need for solutions to safeguard Earth’s survivability and reaffirms Cartier’s commitments to the environment and sustainability as it debuts two innovations for the Tank Must – a solar-powered movement and a watch strap free from animal materials. The new Tank Must also celebrates the rise of gender-neutral watches, with sizes ranging from extra-large to small. 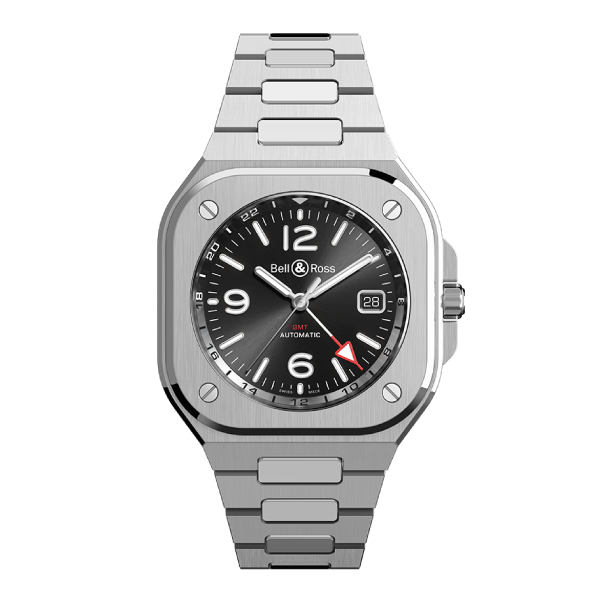 Bell & Ross enhances the BR 05 collection with a new function and proportions in the form of the BR 05 GMT. The 41mm case has been wonderfully made, with immaculate transition between brushed and polished surfaces, which extends all the way to the bracelet. Attention to details, including the alignment of the bezel screws and the pushers, crown-guard and crown construction, is not neglected. Its sunray-finished dial relies on the colour black to contrast with the large numerals, indices and metal skeletonised hands, coated in white photoluminescent Super LumiNova. The combination of stainless and robust materials encases the very fine calibre BR-CAL. 325 with GMT function, wound by a 360° oscillating weight and running at 4Hz and showing off 42 hours of power reserve, visible through a sapphire glass case-back. 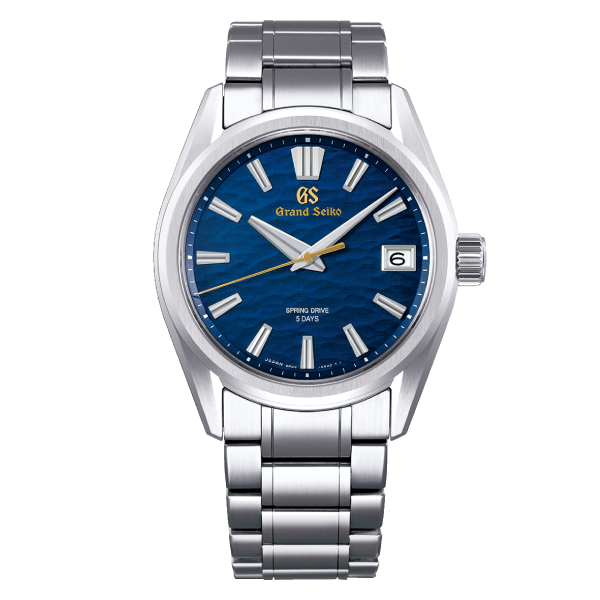 Famed for its immaculate attention to detail and sense of subtlety, Grand Seiko creates powerful watches that connoisseurs from all walks of life highly appreciate. The Heritage Collection Seiko 140th Anniversary Limited Edition SLGH007 is an ode to the company’s founder Kintaro Hattori. The patterned dial evokes the gentle sway of the water surface of Lake Suwa, creating a pleasing sparkle at whichever angle the dial catches the light. The 40mm case is crafted from stainless steel and finished to perfection. Powered by the new Spring Drive 5 Days Calibre 9RA2, it is considered to be an elegant dress but know that it is capable of being much more.

This story first appeared in the December/January 21/22 issue of Men’s Folio Malaysia.