On The Cover: Darren Barnet is the cover star of our Dec 21/Jan 22 issue 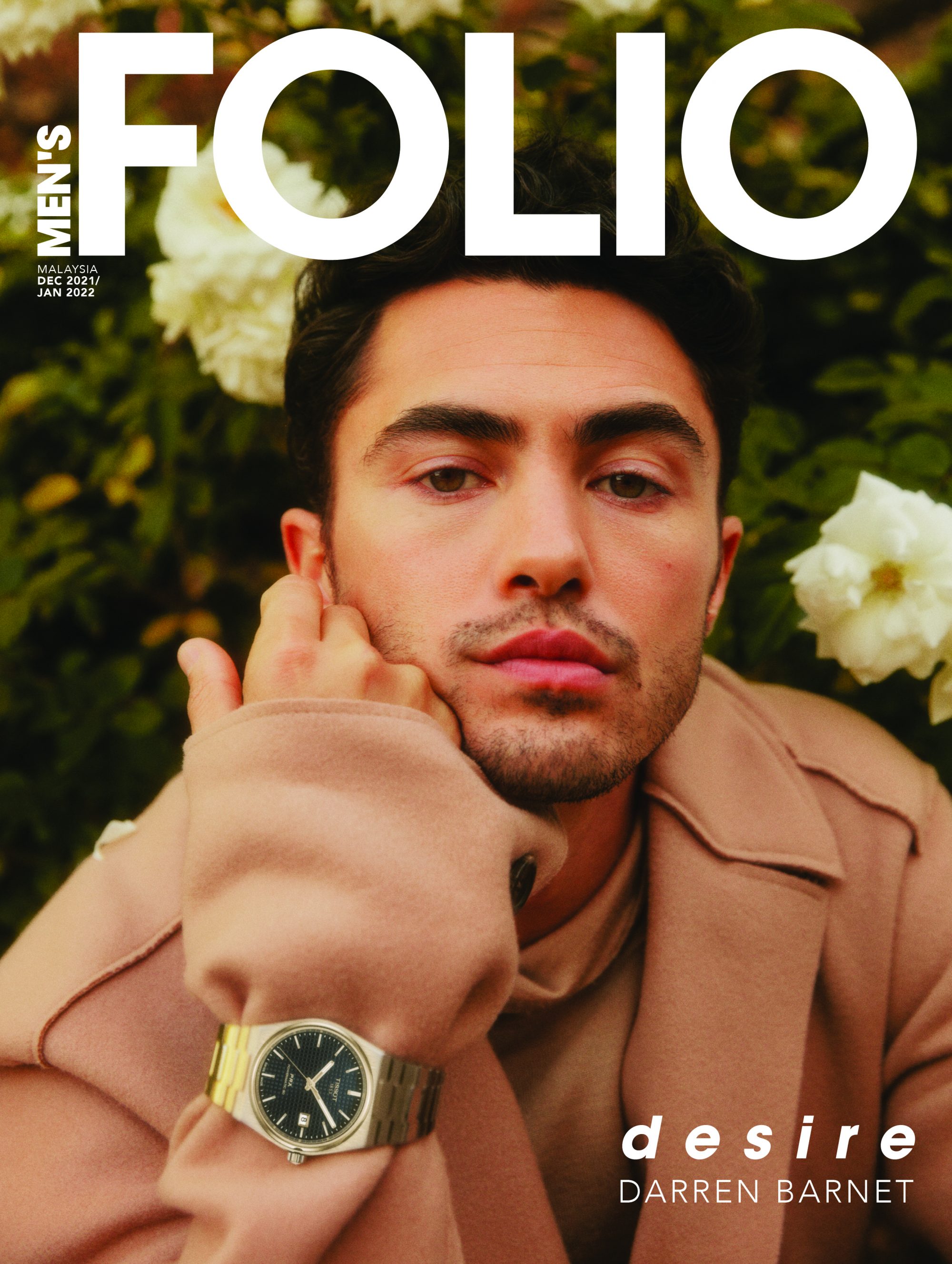 Part Swedish-Japanese with German and Cherokee ancestral roots, American actor Darren Barnet looks so good he was judged for it at one point in his life. “I definitely faced a kind of, you know, ‘a book judged by its cover’ syndrome in high school,” shares Barnet in an interview with Page Six earlier this August. With perfectly coiffed curls, a boyish demeanour and a smouldering gaze all packed into a chiselled physique (in case you are wondering, check out Never Have I Ever), one is bound to have some bullets of envy coming his way.

Barnet is set to reprise his role as Paxton Hall-Yoshida, the love interest of the show’s lead Devi Vishwakumar as the Netflix coming-of-age comedy-drama has been officially renewed for a third season. Here is an interesting trivia about Hall- Yoshida – “Yoshida” was added to the character’s original “ Paxton Hall” name after the creators of the show Mindy Kaling and Lang Fisher learned about Barnet’s Japanese descent. Since the drama’s pilot, in which Barnet has had less than a handful of lines (we counted), he has gone on to score roles in the animated Netflix Film The Summit of the Gods as a voice actor and the recently aired Christmas rom-com Love Hard.

We speak to the Men’s Folio December/January ‘22 cover star about the time ahead. 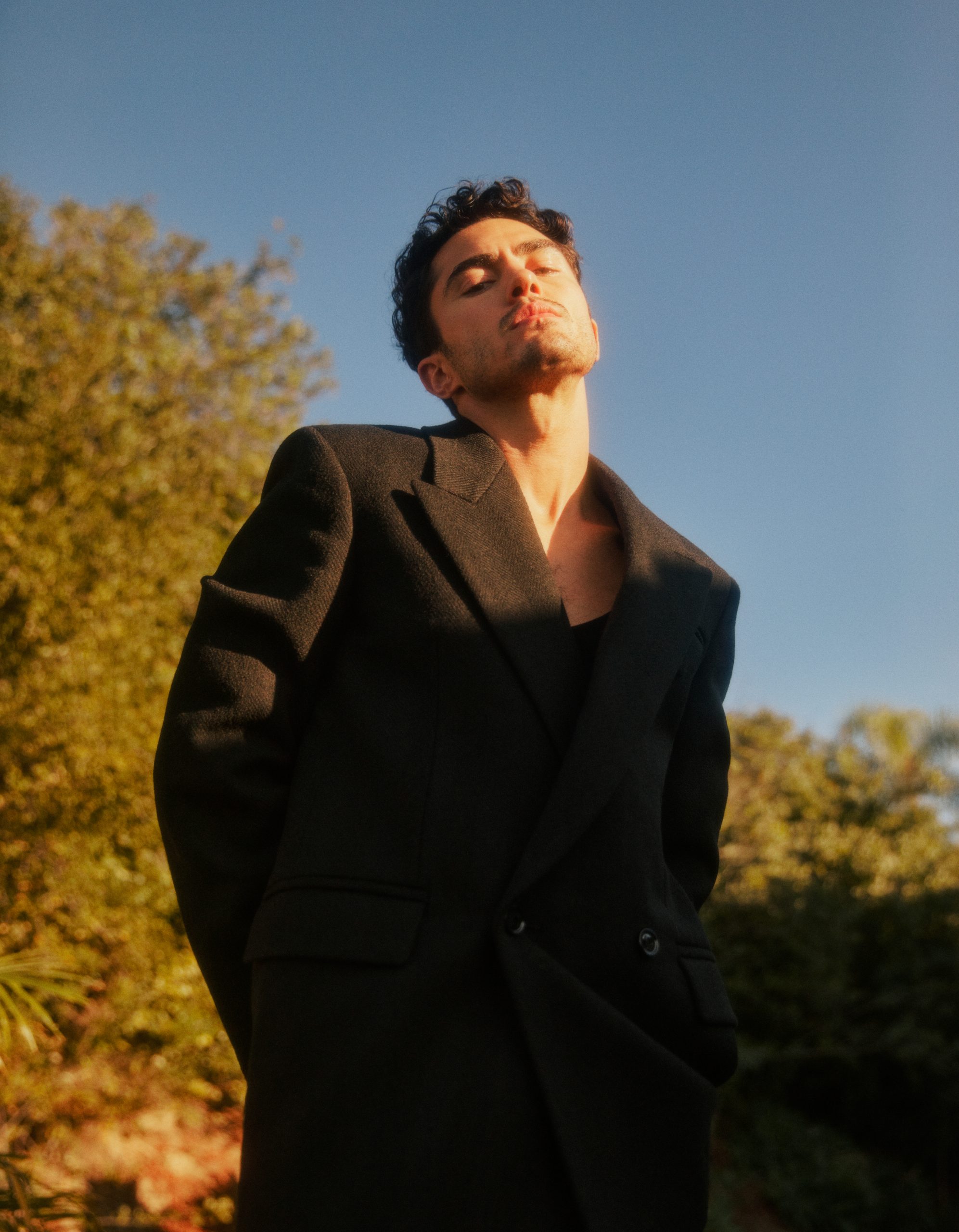 We are at the tail end of the year. How would you describe 2021 for yourself?

Grateful. For being able to still do what I love in spite of the pandemic. I’m hopeful for what’s to come.

What were some of the highs and lows you’ve experienced this year?

Not being able to see my family was a downer. Hugging friends when I meet them is still something I’m waiting to be able to do. Overall, I travelled and worked a lot on projects that I really believe in.

How are you spending your time these days – are there hobbies or interests or is much of your time devoted to work? 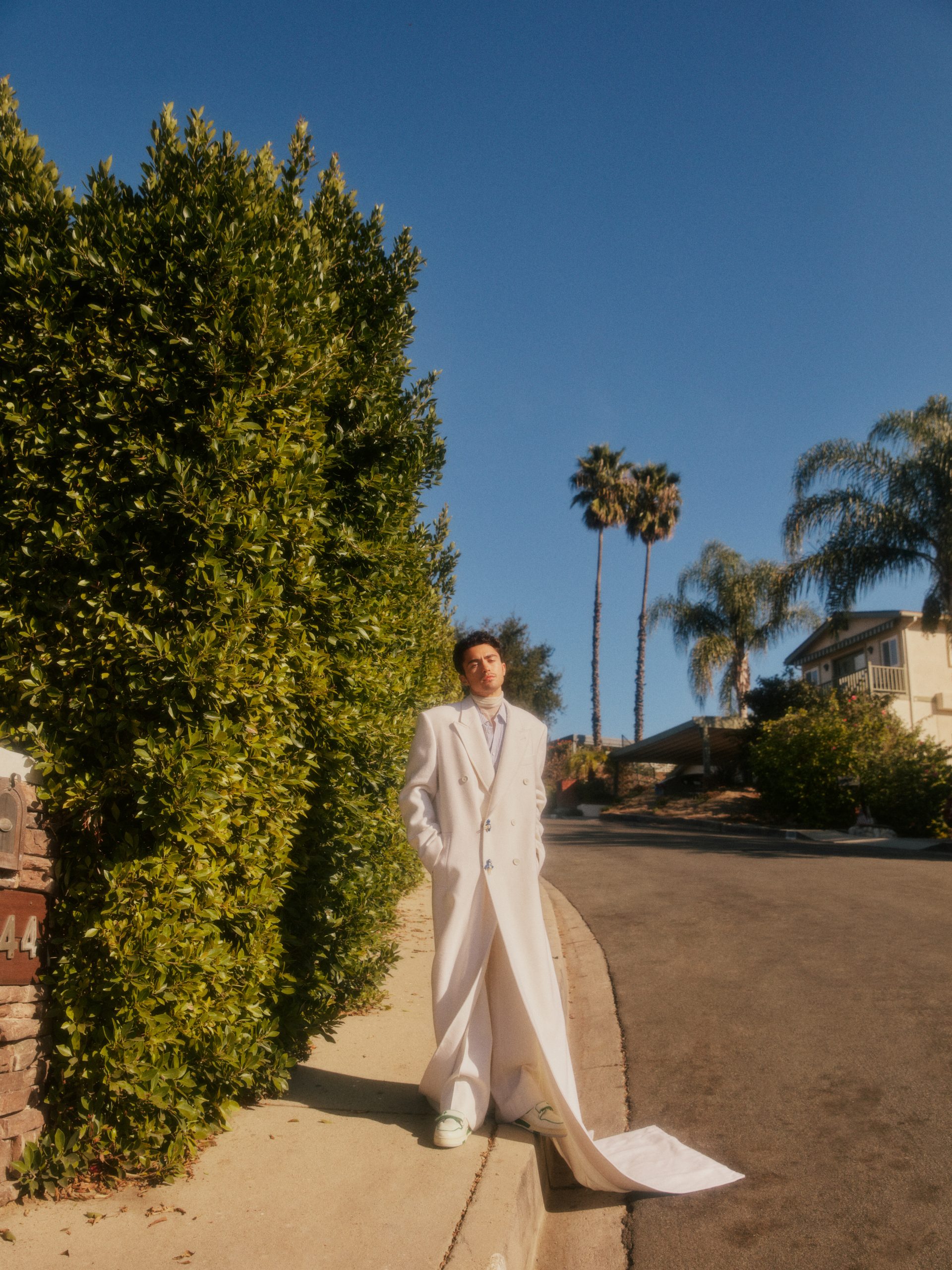 Thanksgiving marks the start of the festive season, what are you most appreciative of this year?

Doing what I love and hopefully providing joy to people who need it. I’m also concerned about the health and well-being of my family and my new nephew, Greyson.

Do you have a trusty Thanksgiving dish to whip out?

You star in Netflix’s Christmas rom-com Love Hard. If you could sum up the movie in a sentence, what would it be?

A disaster date columnist travels across the country to surprise her dating app boyfriend only to find out she has been catfished. It’s a story about being yourself and how life just needs to be honest above all.

Not being able to see my family was a downer. Hugging friends when I meet them is still something I’m waiting to be able to do. Overall, I travelled and worked a lot on projects that I really believe in.

How would you describe your off-screen chemistry with your co-stars Nina Dobrev and Jimmy O. Yang?

I really love and admire them. I think they feel the same. If not, this is now awkward.

Have your opinions about the Christmas romcom genre changed now that you’ve acted in one?

What is your favourite Christmas movie (other than Die Hard)? 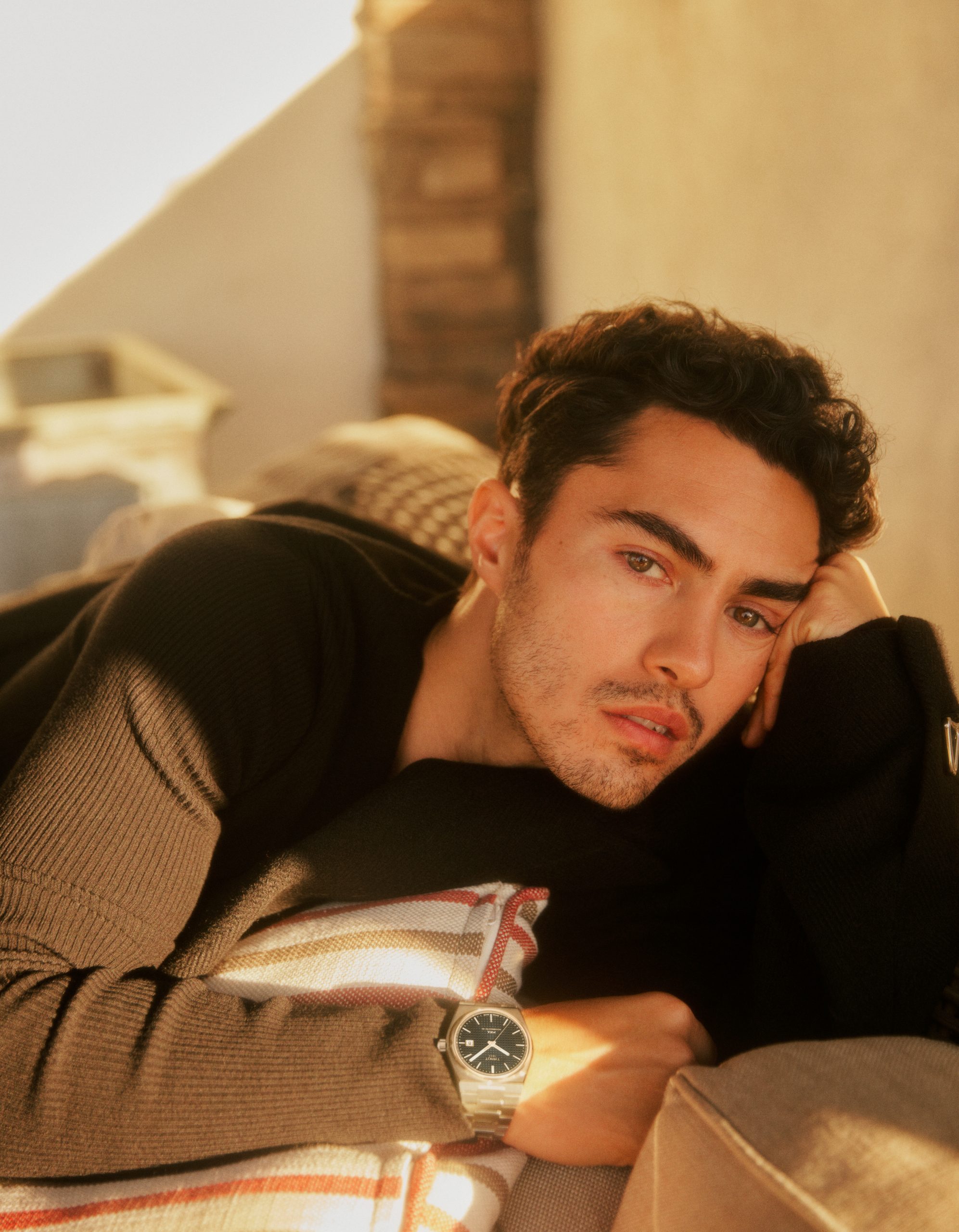 Beyond the heartwarming love plot and several tear-jerking moments (Josh’s grandpa for example), Love Hard addresses aspects of toxic masculinity (men have to look a certain way to be “swiped” or enjoy “tough” activities) and stereotyping Asians. What are your views given how real these struggles are for some men?

I think social media and dating apps can be extremely poisonous if you allow them to be. Just always be mindful that people only post the “exclamation” points of their life online. Never compare yourself and love yourself entirely. Period.

We can’t leave out your breakout show Never Have I Ever. How has the entire experience been for you now that a new season is confirmed?

I’m currently in my trailer answering these questions. I’m beyond grateful to be here.

What are you looking forward to and what can fans of the series expect in the new season?

All the laughter and tears with an entirely new twist. 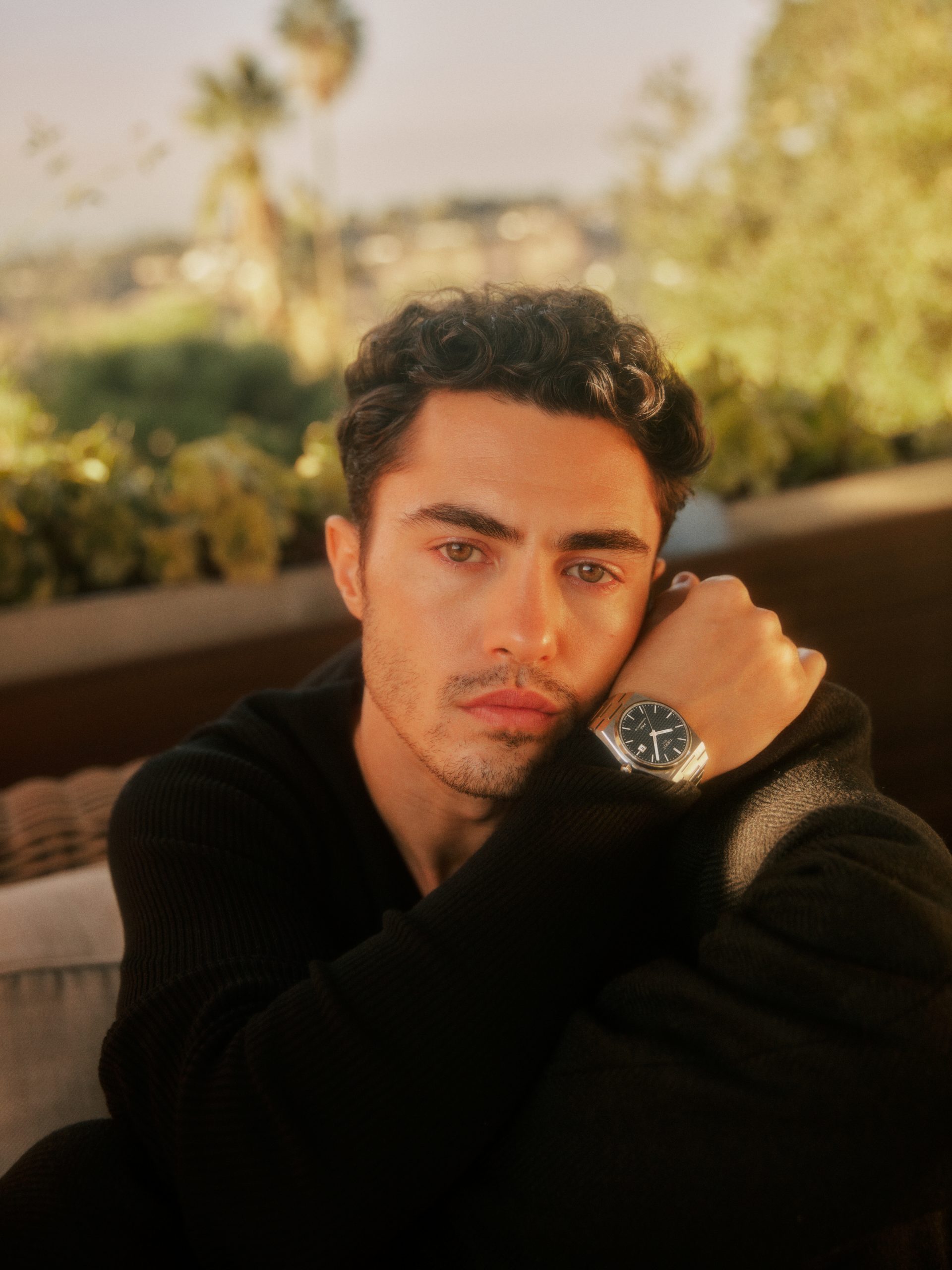 You made your acting debut in 2017. What are your next steps in navigating the industry?

I just finished producing and starring in a film called Apophenia. It’s a psycho-thriller. Imagine The Shining meets Shutter Island. It’s an entirely new side of me as an artist. I’d like to explore that side more and dive into more gritty and compelling films.

What other works are in the pipeline?

Apophenia. Also, I have a slate of animations coming out on Netflix that I’m very excited about. Blue Eye Samurai, Samurai Rabbit: The Usagi Chronicles, The Summit of the Gods, and a video game that I’m currently working on.


Louis Vuitton’s 2021 holiday campaign in a world of enchantment