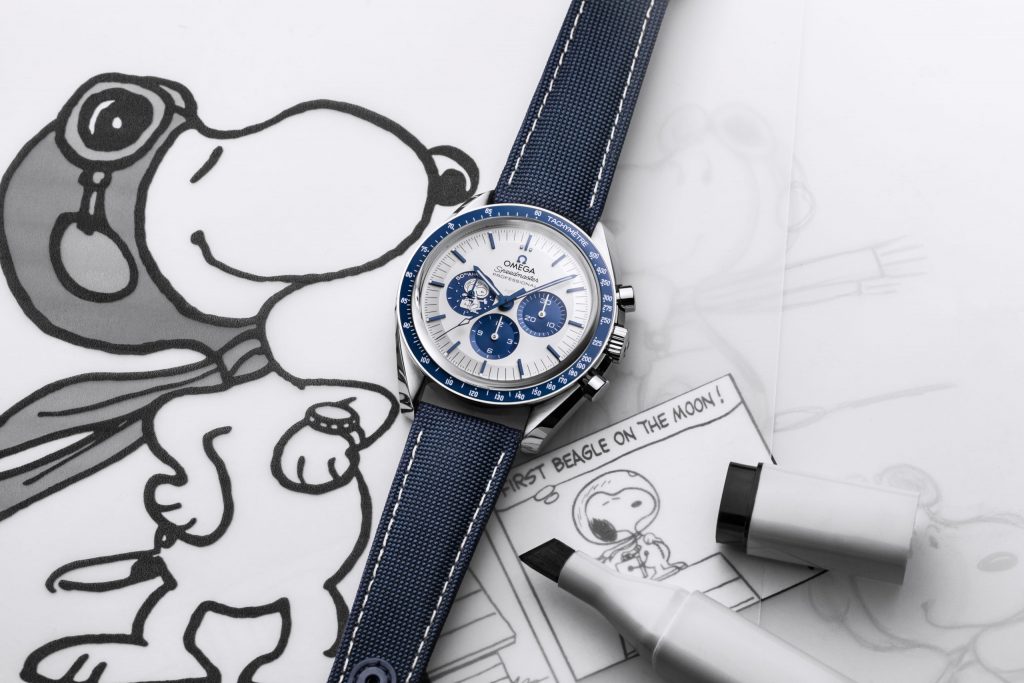 Back in 1970, Omega was awarded one of the highest honours in space exploration: the “Silver Snoopy Award” by NASA  to recognise the brand’s major creation the Speedmaster and its contribution for bringing back the crew of Apollo 13 safely. Since then, the beagle cartoon has become a mascot for the brand and have graced the Speedmaster in 2003 and 2015 respectively. To celebrate the 50th anniversary of the honour, the Swiss watchmaker introduces a special edition timepiece — namely the Speedmaster “Silver Snoopy Award” 50th Anniversary — to commemorate the occasion.

Alluding to the silver Snoopy pin that was given by General Tom Stafford, you will find an embossed silver Snoopy medallion holing up in his favourite spacesuit in the blue subdial located at 9 o’clock, which sits on the left next to another two blue dials on a 42mm stainless steel case decorated with blue ceramic tachymeter bezel insert and Ag925 silver dial. 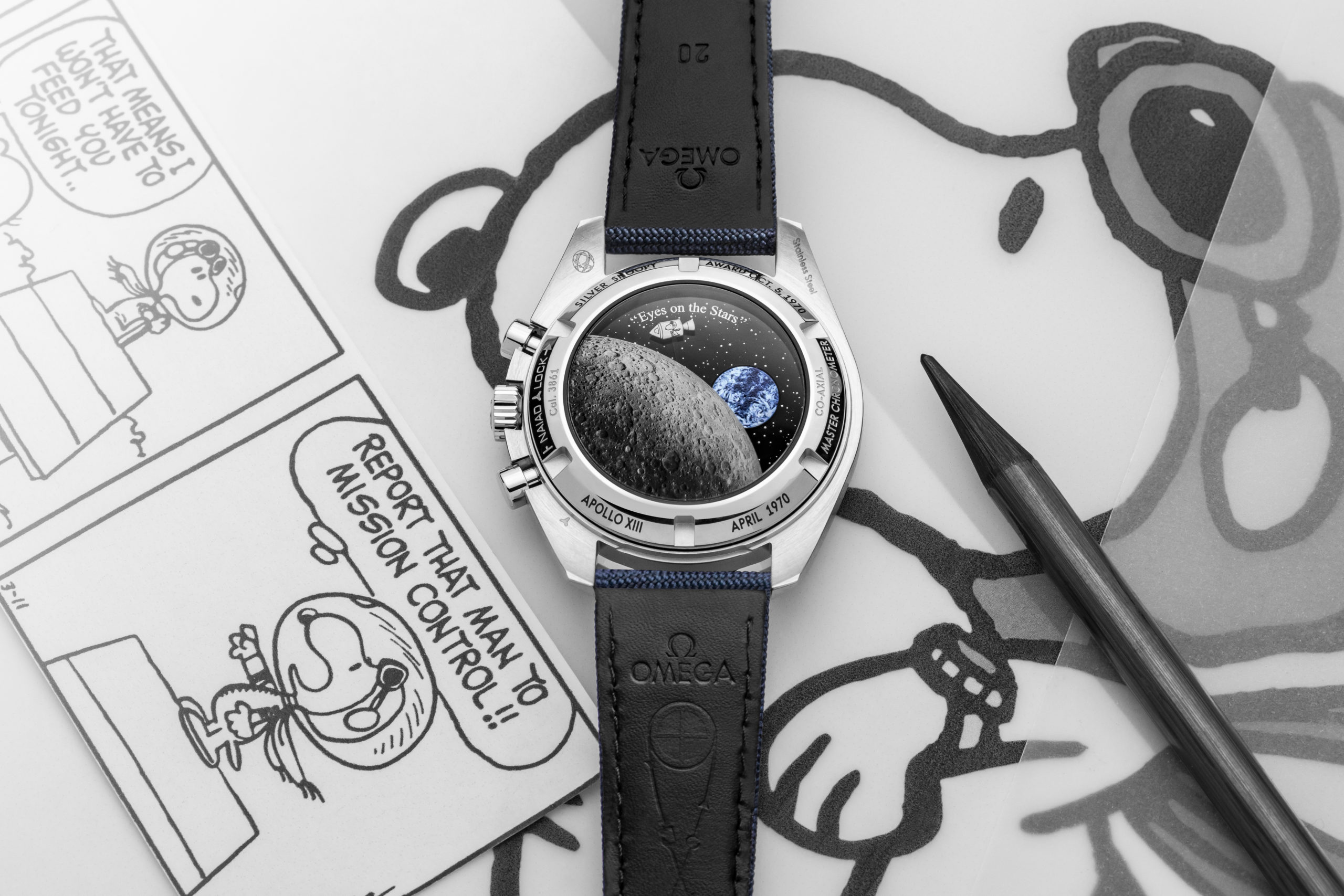 The true appeal unveils as the wearer flips the watch to the back, where the sapphire crystal is adorned with crater-filled lunar surface crafted of unique micro-structured metallisation. Adjacent to it is the celestial Earth disc, rotating in sync with the watch’s small seconds hand. Rounding it off for a perfect universe expedition, a Snoopy in black and white Command and Service Module will start to orbit once the chronograph is activated, reminiscent of Apollo 13 crew’s exploration — the exact date is visible on the Naiad Lock.

Powered by Omega Co-Axial Master Chronometer Calibre 3861, with anti-magnetic innovation and Master Chronometer certification from the Swiss Federal Institute of Metrology (METAS), the watch is clad in a blue nylon fabric strap with detailing of Apollo 13 mission’s trajectory embossed on the lining. Presenting in a special Apollo 13 presentation box, the non-limited-edition watch comes with a full 5-year warranty.


On The Cover: Jeremy Lin on Coach endorsement, joining CBA and Linsanity