On The Cover: Josh Kua fronts our Dec/Jan 23 issue 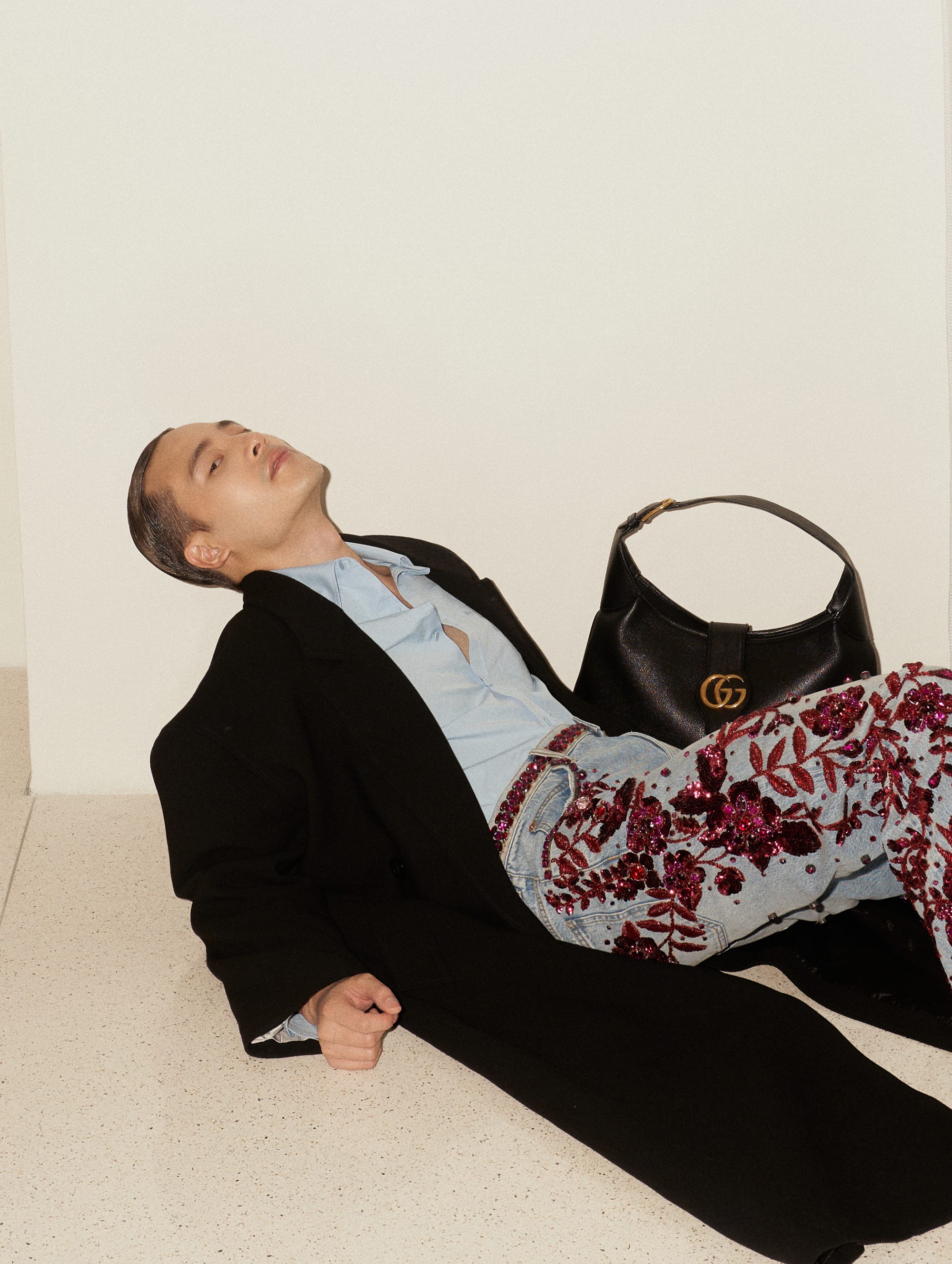 The last time we met Josh Kua was also for a Men’s Folio cover shoot just before the string of COVID-19 pandemic lockdowns started. And what a close to three years self-discovery journey that was. Kua has been busy getting his life back on track since international travel ban has been lifted.

“Not just with carrying out aspects of my work which were made difficult during lockdowns – performing live, shooting, collaborating in person – but also playing catchup on other important life events that were missed due to border closures. Finally reuniting with my cats was another huge relief,” he says. Kua also shares that he has been working on a new single, which will be dropping soon.

Kua possesses an actual habit which is proactive in nature and that explains why he’s positive that he is heading toward the right career direction. “To be my own unique expression of the universe. I don’t want to create out of necessity, but rather, just because. I’m an independent artist and fund myself so I have complete creative control. I can do whatever I want. While I do have to create in other ways to make a living and fund my music projects, at least I have peace of mind that whatever I put out there is an authentic representation of me,” he says. 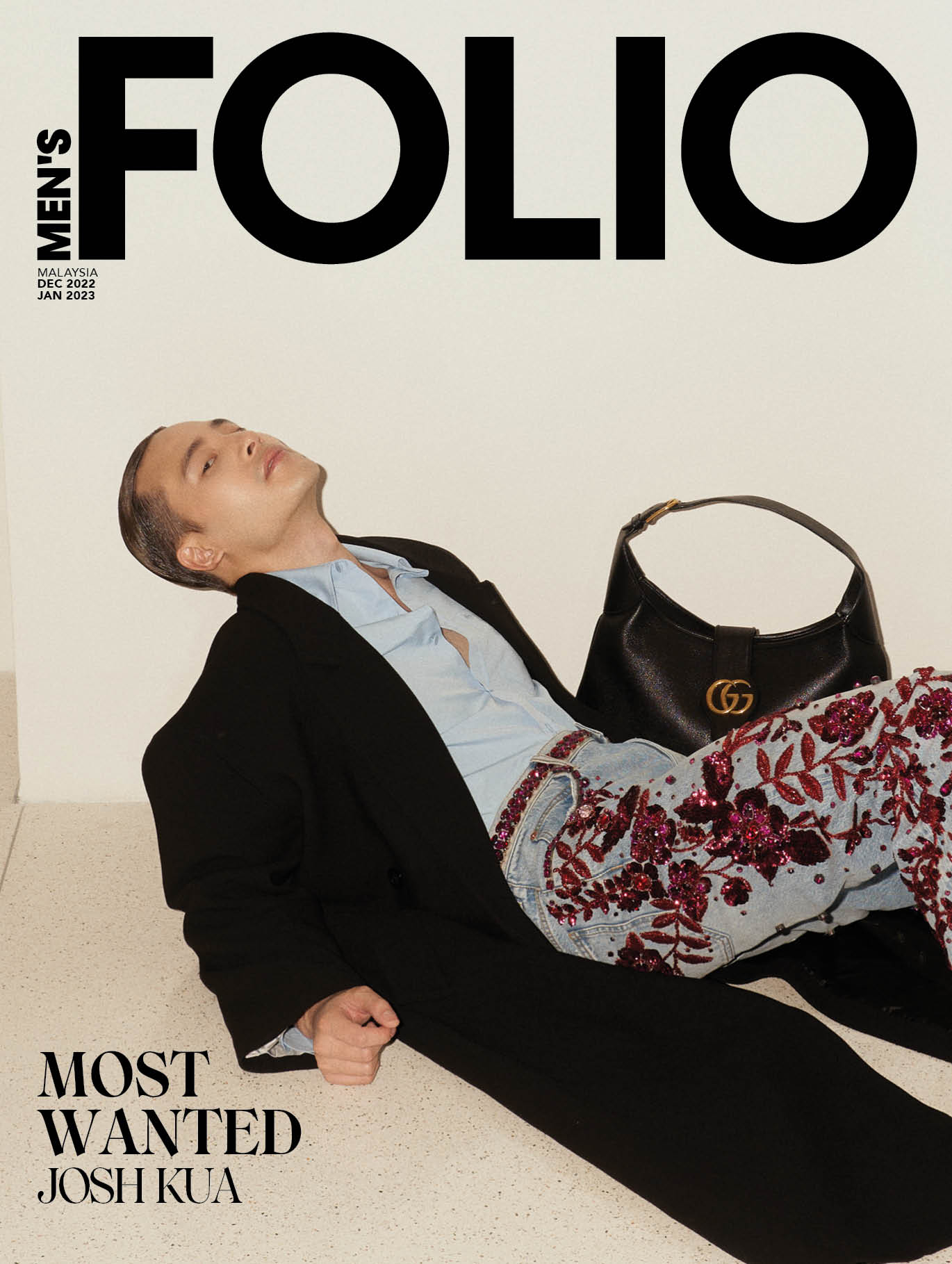 Every live performer understands the importance of keeping his or her audience’s energy up and running during a performance. Famed for his ability to capture and maintain his audience’s attention, with his wealth of experience, Kua, of course, has a few tricks up his sleeves. “Sense the room. And create a mood that you think they will vibe with. A little gusto and physical theatrics never hurt, but keep it genuine. No one likes fake. Though, if ‘over the top’ is your authentic self, then I say, go for it,” he says. “If you really feel the music, it’ll show in your face and that registers with people. Eye contact at the right moments is also a great way to engage with the audience.”

Here, Kua shares his likes and dislikes of being a professional musician.

What are some of the biggest highlights of your career to date?

With music, I am not motivated by, and do not value status. So the highlights of my music career are every performance where I felt like I connected with an audience strongly and made people feel something real. Other highlights would be my first overseas gig because it opened my mind to the idea and possibility of doing this as a job, as well as releasing my first original single. Every release has been a joy since.

How do you bounce back from a bad performance?

It’s hard for me to pinpoint my worst performance. I can’t really think of one performance where I really screwed up, aside from minor details. Though when I do make mistakes or there are unexpected issues during a performance, I always just do my best to ignore whatever is happening and pretend like everything is fine. I’ve had a string snap on me, a DJ who played my backing track in a different key and tempo, I’ve had my mic not work, and even people who weren’t paying attention physically getting in my way during a roaming performance. The key is to not let it show in your face, even though you might be fuming! The show must go on. 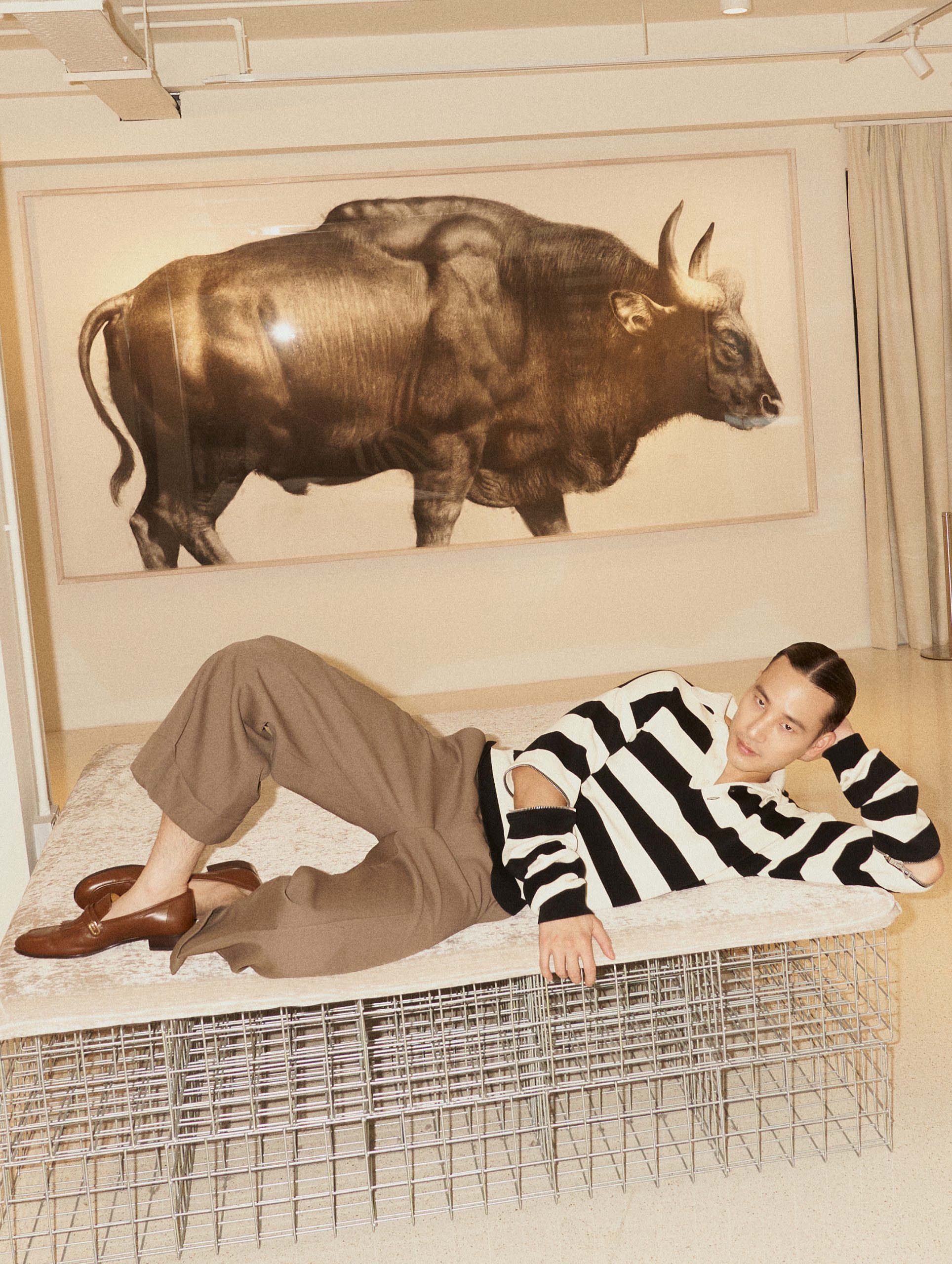 Describe your creative process when you write new music. How difficult is it to find the right balance between what you like and what you think your audience likes to hear?

Working as an artist can blur the lines between “work” and “life” – they become one and the same ultimately – purpose. A purpose for existing and affecting what you want out of life.

Though I think that being a true artist means a lack of a disparity between work – guided by commercial purposes – and creating art for the sake of creation, I do think striking a balance is something that is achievable without deviating too much from authentic expression. It can be a matter of packaging it in a smart way that speaks to your target audience. Since I’m an independent artist I still have complete and final say in how things are put out there, so that means there is never much compromise on what I like and feel is genuine to me.

What is your favourite and least favourite part of being a musician?

I am in the privileged position of being able to make a living from my creative expression. However, being an independent, solo artist means no income stability. There is no obvious route to progressing so it is almost a completely blank slate on what I need to do to move forward, which is both an amazing and daunting thing.

Another great thing about being a musician is that every performance is a chance to create moments that make people feel something with a rush of emotion. They say people remember how you make them feel, not what you say.

What are the essential qualities that make a good musician?

To me, that would mean being good at sensing, listening, and playing with emotion and clarity. Intonation (if applicable) and timing are essential, as are the abilities to improvise and perform appropriately with others, in my opinion.

Though, the term “musician” is used quite broadly these days, to include DJ’s and people involved in software-based creation, so I would acknowledge that most of these qualities are no longer needed to be a good, or a ‘successful’ musician, rather. 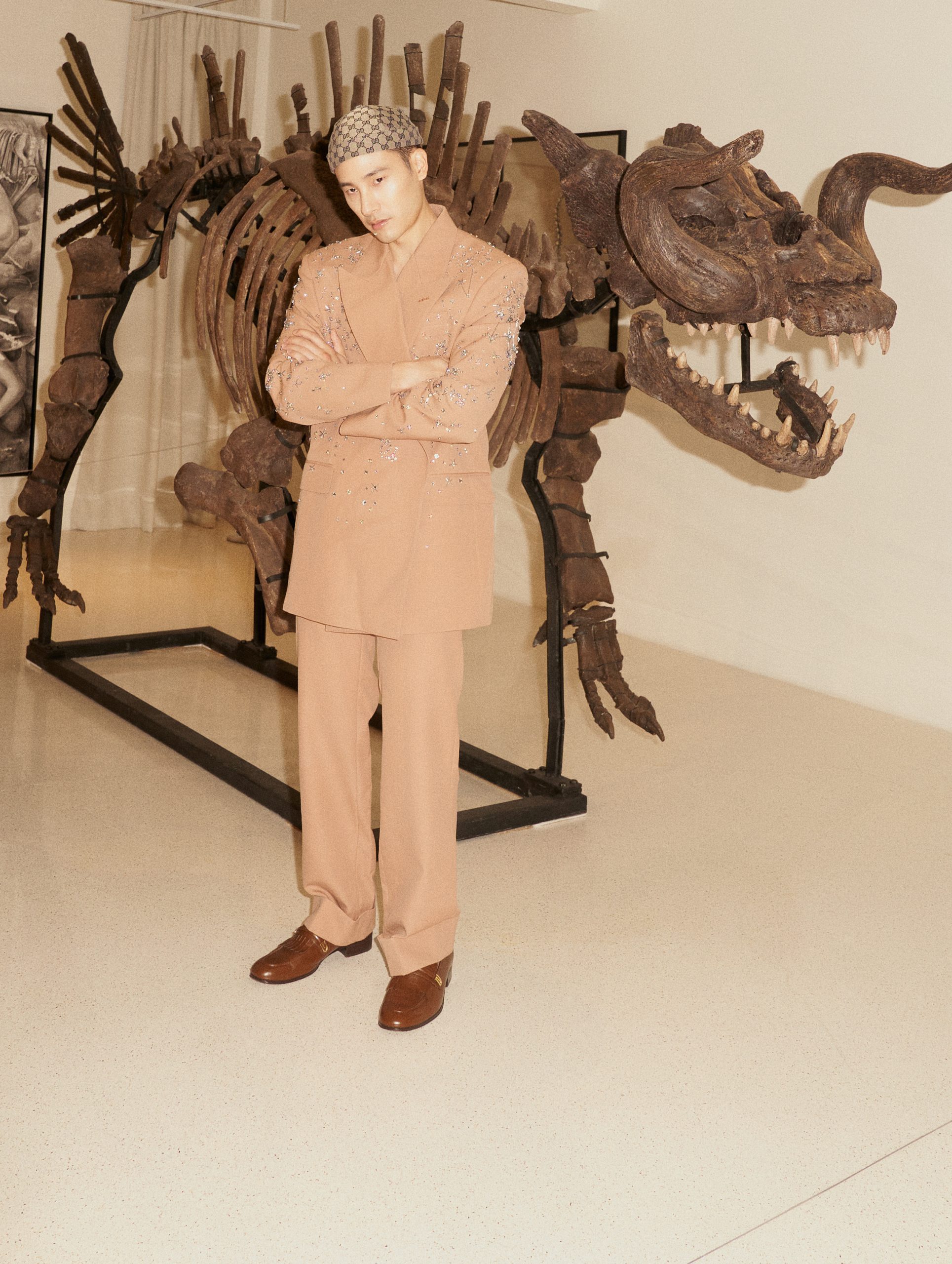 Which famous musicians have you learned from? What did he or she say or do that inspired you? How has that helped you in your journey?

I’ve always been inspired by Lady Gaga. Aside from their charisma, uniqueness, nerve and talent, I love that they’ve gone from releasing songs like Just Dance to the diverse styles they have now traversed, particularly the unusual choice of releasing jazz albums with Tony Bennet, whilst still returning to her more signature style with Chromatica. I relate to their lack of need to adhere to or be defined by a single genre. I respect artists that are actual musicians, who understand music, have had real artistic input into their releases, and have played a significant role in originating the concept and guiding the production of their music.

Gaga’s versatility in their career has helped me embrace my lack of commitment to one genre whilst acknowledging that you may have to only showcase certain parts of your artistic being at first, if you want to break into mainstream music.

If you could change one thing about the industry in Malaysia, what would it be?

I think the entertainment industry could recognise and support real local talent more. I know that look is often an important part of working in this industry, but maybe we should ask ourselves – why are so many of the stars here fair-skinned or mixed Caucasian? Why are locals so obsessed with Koreans? I don’t feel restricted with what I do per say, though I do wish there was less suppression of expression due to conservative and religious dogma.

What social issues are you most passionate about – and why?

Racism – growing up in Australia as a racial minority and working in industries where race is very important, has meant that race and what that means for how society treats you, and your chances at success became something I became almost hyper aware of.

Much like racial prejudice, prejudice towards minority communities like LGBTQ+ demonstrate scapegoating and demonisation from a place of ignorance, ingrained dogma and fear-based rhetoric. Most people that are homophobic don’t realise that they are projecting their own insecurities onto the LGBTQ+ community. Because out LGBTQ+ people are able to embrace and express parts of their true self that that others may be afraid to acknowledge, the outward expressions of living in true authenticity can be a stark reminder to people of the parts of themselves they have hidden, have been made to feel ashamed of, and thus feel they are unable to embrace nor express. 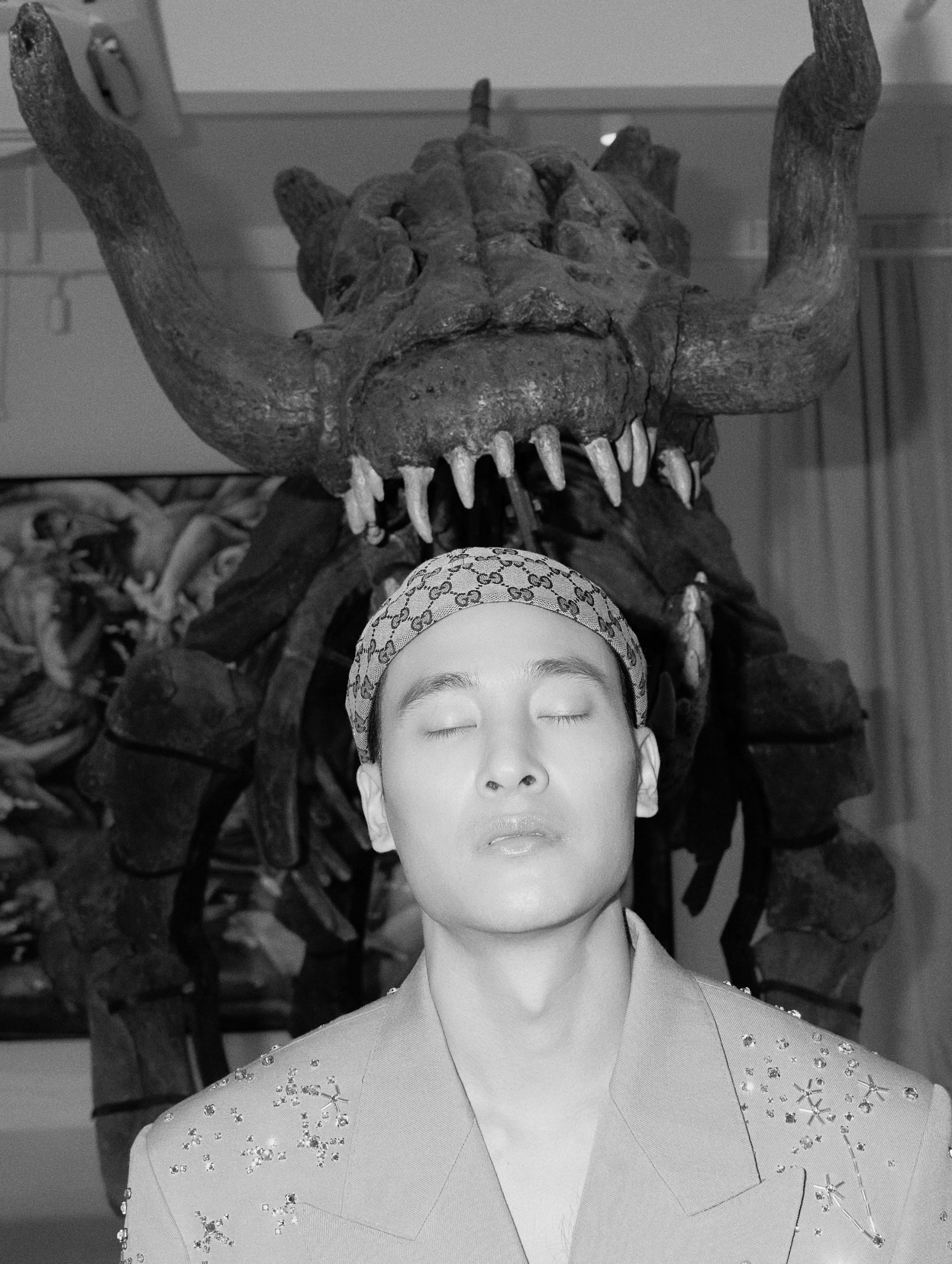 Purchase a copy of our December/January 2023 issue featuring Josh Kua here or at major bookstores. Revisit our cover issues here.


Here are the boutique hotels that offer fancy Christmas meals