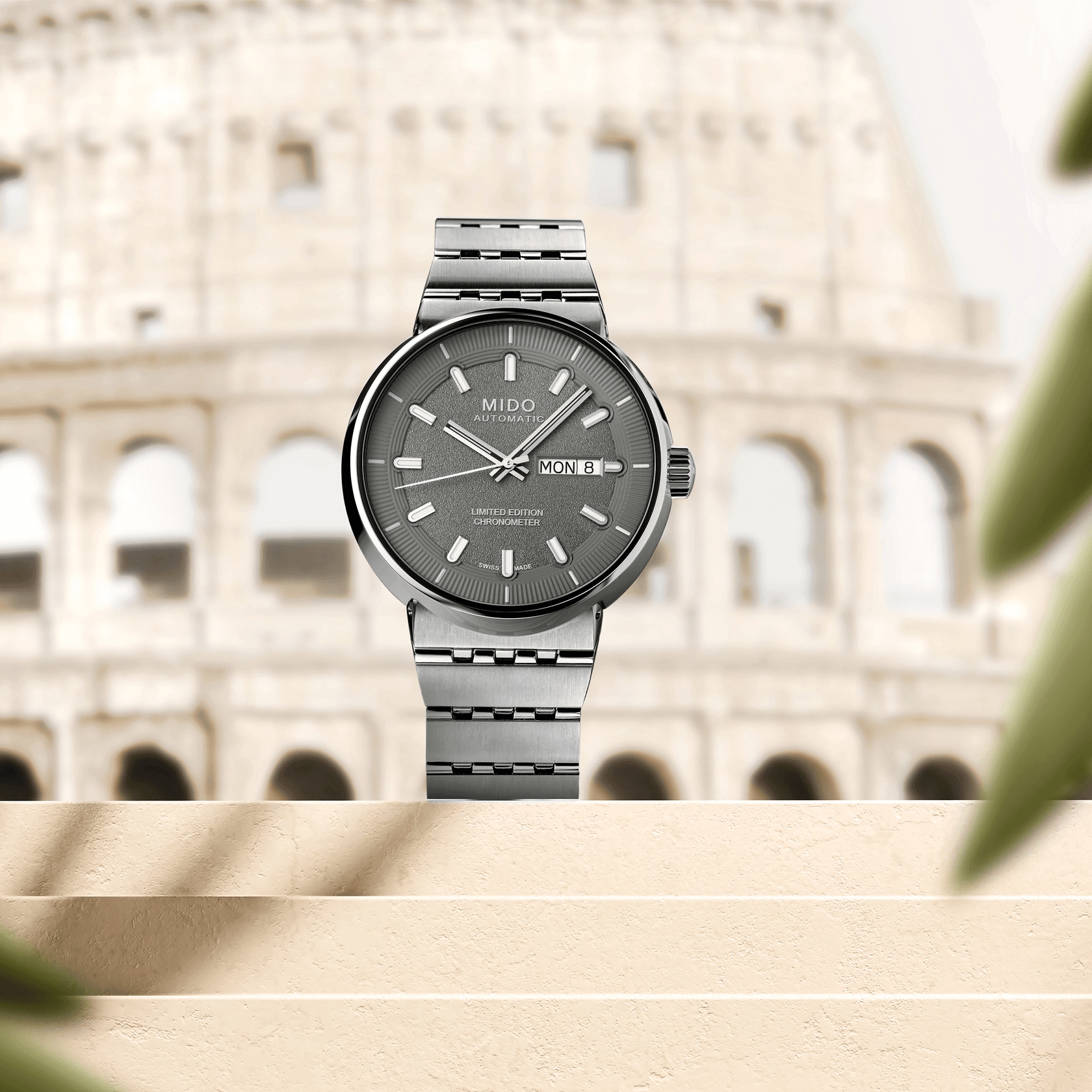 Architecture has been a source of creative inspiration for Mido’s timepieces since 2002. Recognised as an art form that transcends eras – similar to that of Swiss watches – design cues from monuments and landmarks around the world have found their way into Mido watches. On the 20th anniversary of this alliance, a quintet of exclusive watches will be released from five of Mido’s flagship collections: the All Dial, Baroncelli, Ocean Star, Multifort and Commander.

The Mido All Dial is a direct result of architecture’s influence as it was released in 2002 and modelled after Rome’s Colosseum. This year’s release reinterprets the iconic structure of the Colosseum as the dial resembles an overview of the amphitheatre. Slanted flange recalls the seating terraces while the applied indexes share an uncanny resemblance to the structural arches. Set in a 42mm stainless steel case, the Mido All Dial is powered by a COSC-certified automatic ETA 2836-2 calibre that displays the day and date. A specially designed case back with the Colosseum is fitted to celebrate this joyous occasion with only 2022 pieces created. 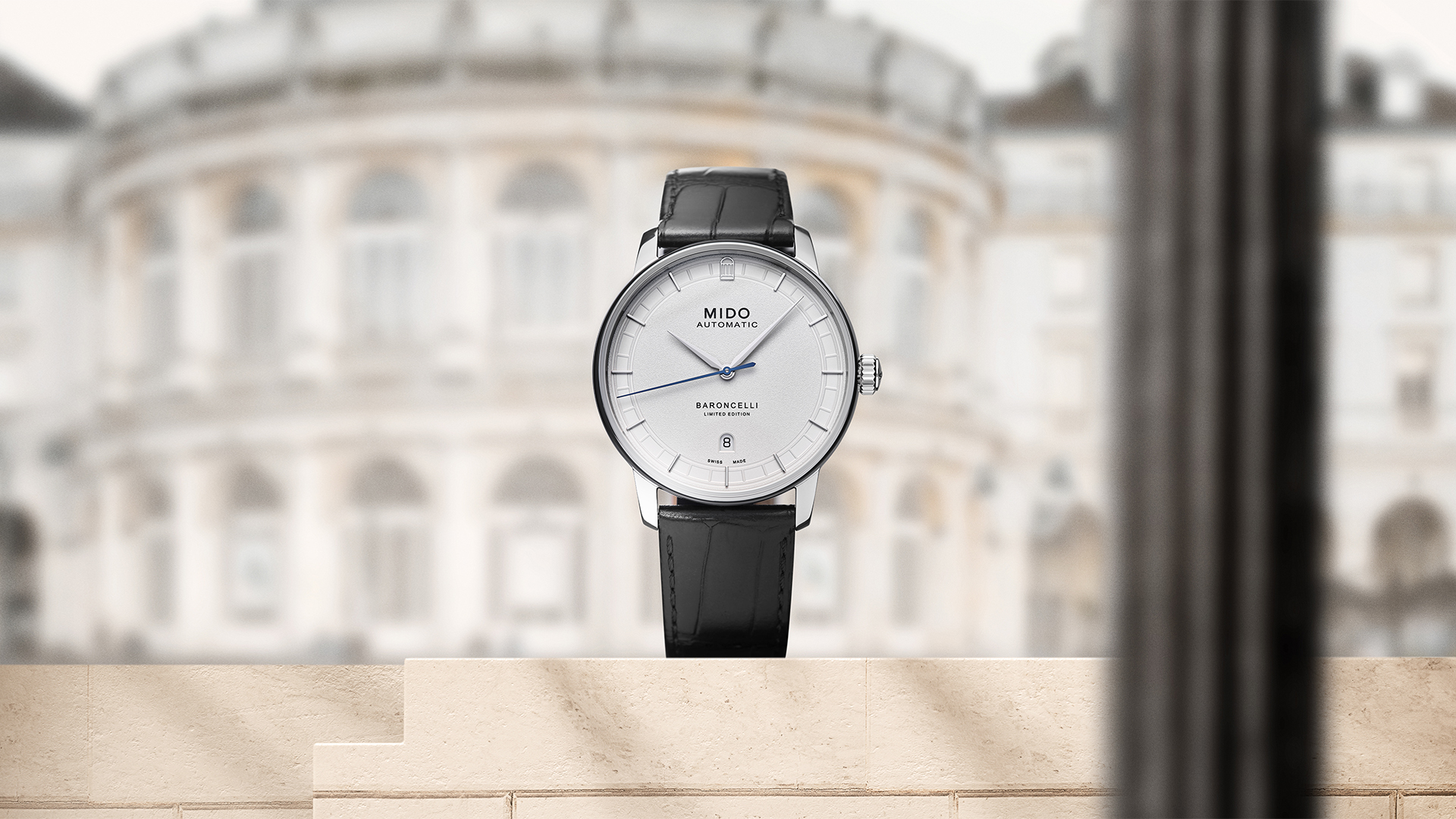 Recalling the picturesque Rennes Opera House, the elegance of the Mido Baroncelli takes a classical approach inspired by the dainty dame (it is the smallest opera house in France). Presented in a shimmy ivory dial reminiscent of the facade of the Rennes Opera House, other subtle features mimic the shape of the historic building such as the index at 12 o’clock and the date aperture. Housed in the 39mm is the Automatic Mido Caliber 80 with a Nivachron balance spring providing 80 hours of power reserve. Only 1836 examples are made as a nod to the year the Rennes Opera House opened with a special engraving of the case back. 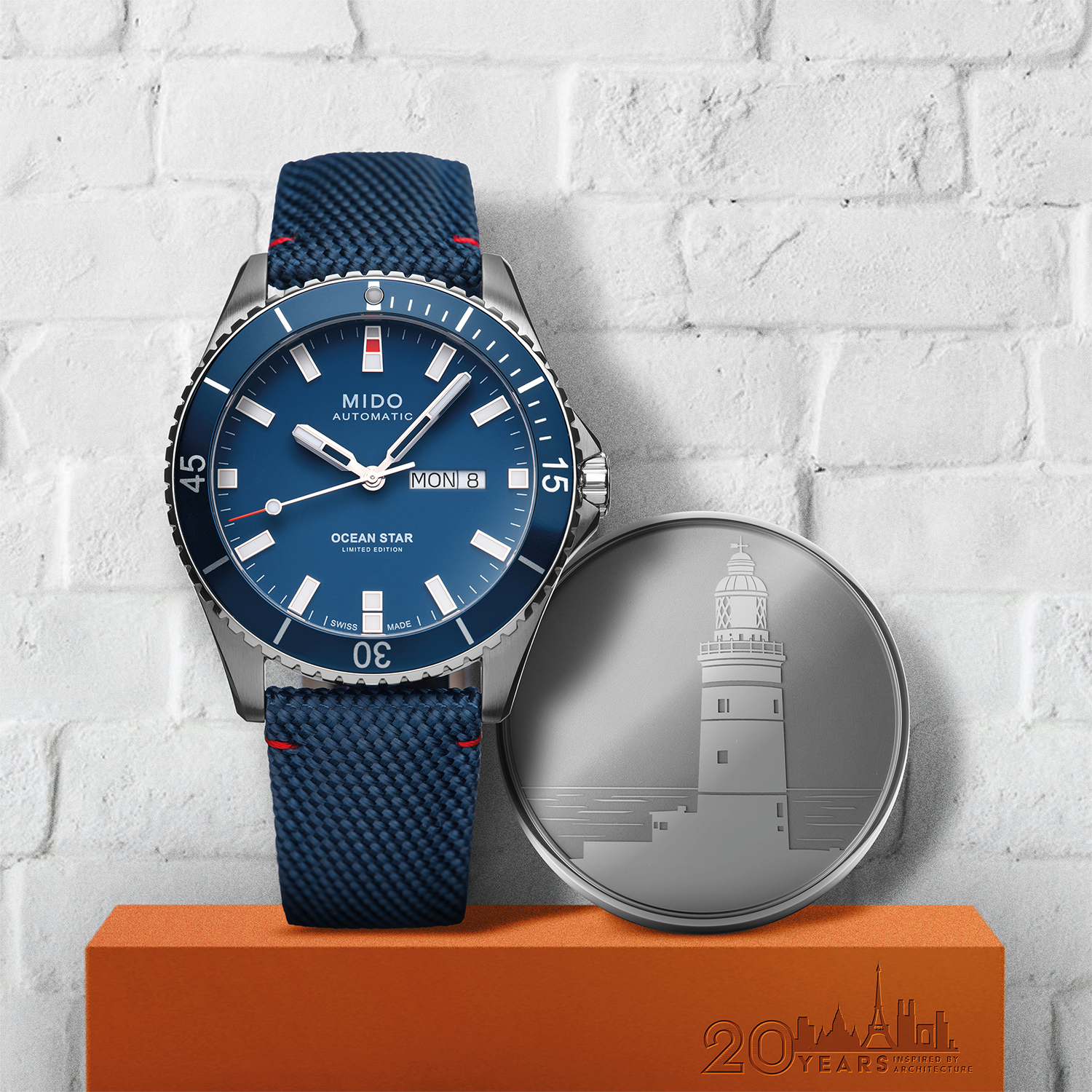 1944 was an important year in Mido’s history books as one of its creations, the Ocean Star, would go on to form an important pillar of the Swiss watchmaker. This year, Mido references the Europa Point Lighthouse given its ocean ties as the building acts as a beacon of safety for sailors bracing the rough waters of the Gibraltar Strait situated at Europe’s southernmost tip. A blue dial and ceramic dive bezel are coloured after the seas and 1841 pieces are made to commemorate the operation of the lighthouse. 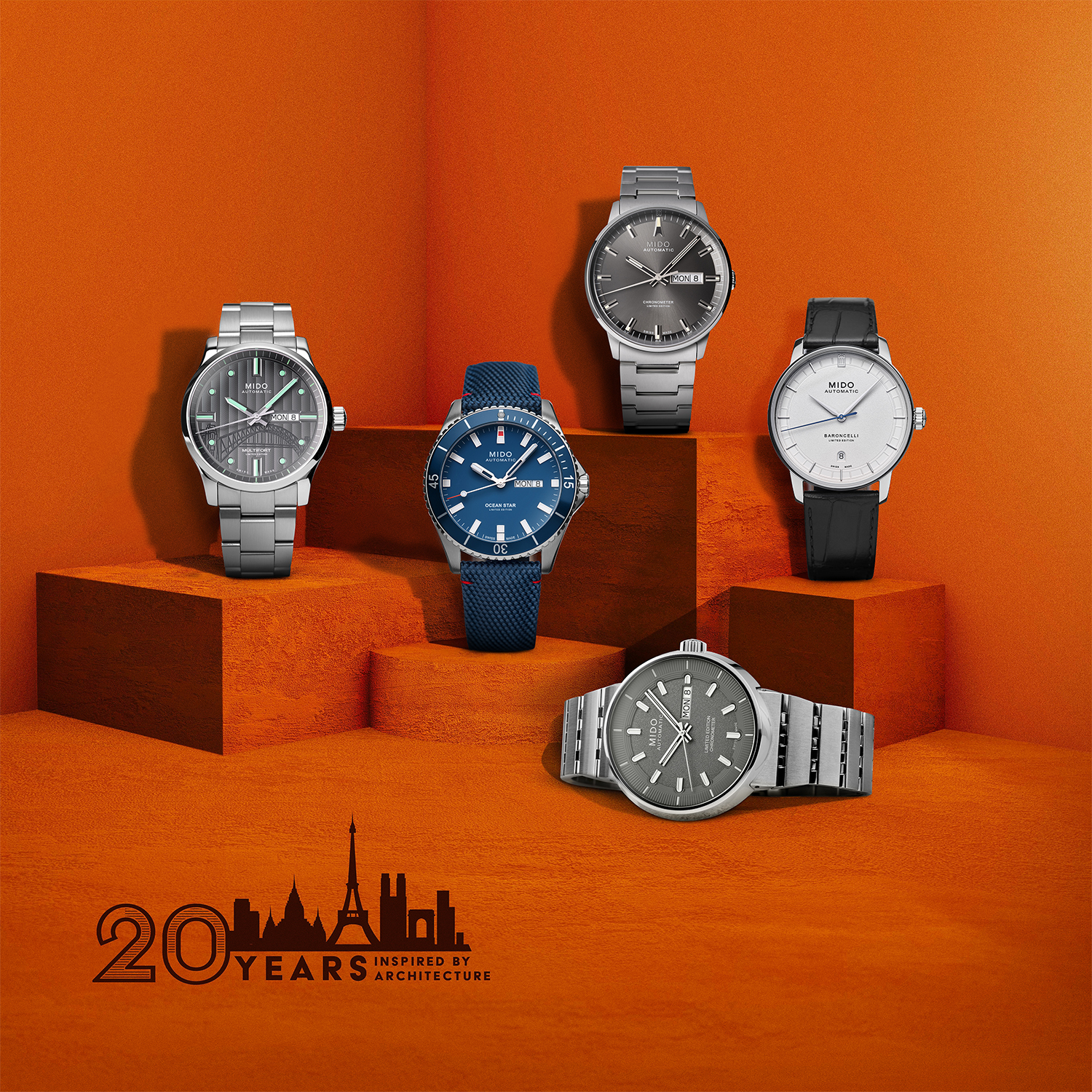 The Mido Multifort and Commander complete the rest of the collection. Sydney’s Harbour Bridge is highlighted in the construction of the Multifort as the Geneva stripes on its dial are reminiscent of the bridge’s vertical suspension cables. Conversely, the iconic Eiffel Tower is celebrated by the Mido Commander. Both of which will feature a specially engraved case back as part of the 20th Anniversary inspired by Architecture collection.