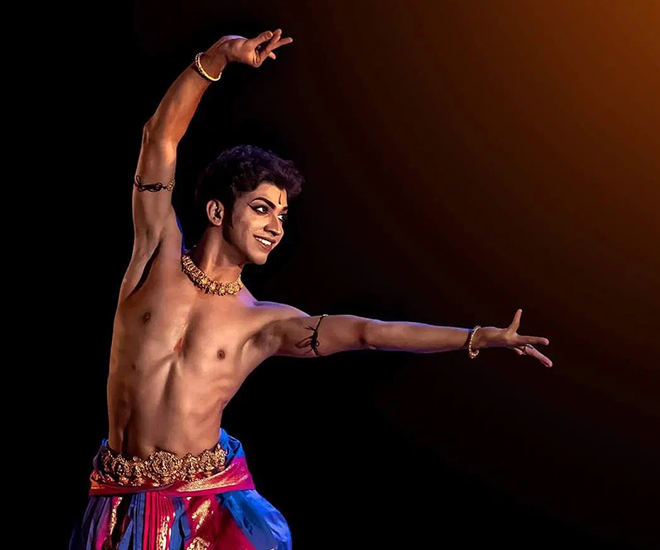 “If you want me to learn dance, mama – only from this teacher will I learn.” Eight-year-old Lakshman ran over to show his mother a YouTube video featuring his new hero: Bharatanatyam dancer Supratim Talukder. But what captivated this little Polish boy? In fact, what prompts the ever-expanding list of glowing comments on Supratim’s YouTube channel? And beyond these there have also been generous offers of patronage.

Who is this charismatic dancer? Supratim’s journey into Bharatanatyam began early – very early, his mother laughingly recounts. In the womb he was always moving! And almost before he could walk with steadiness he was twirling with expressive bliss as a toddler. His mother lovingly encouraged her young prodigy to develop his nascent talent in the family home and community. 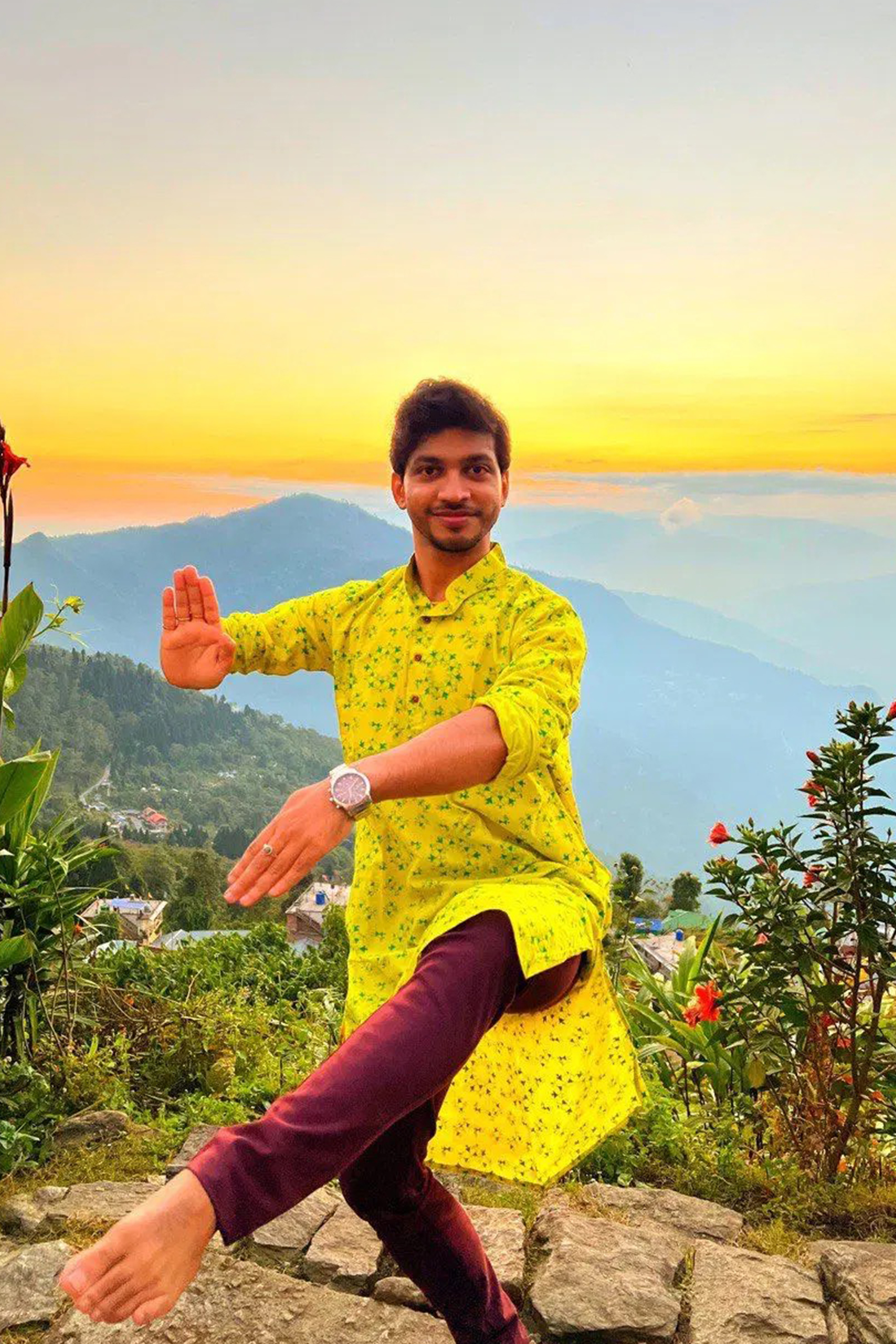 Supratim Talukder’s decision to pursue dance more seriously took root as a young teen. Under the tutelage of various dance gurus, he honed his talent, eventually obtaining the highest mark in post graduate studies in dance, with a minor in theatre, at Rabindranath Bharati University, Kolkata.

But beyond his impressive educational accomplishments – what proof is there of Supratim’s ability to connect with an audience? Half a million views. Fifteen-thousand likes. Supratim’s Shiva Tandava Stotram was posted on YouTube in 2020. The choreography, interpretation, and cinematography all bear the unmistakeable mark of his genius. The Sunday Times of Kolkata even sponsored a special live performance of this piece to mark the occasion of Guru Purima.

A Covid awareness video created by Supratim during the first wave of the pandemic – and incidentally, the video Lakshman ran to show his mom – showcases many of his strengths: a dynamic mastery of the traditional South Indian dance idiom of Bharatanatyam, a capacity to rivet attention with expressive abhinaya, and an innate ability to connect with his audience through masterful storytelling.

Supratim’s unique power to connect with his audience is especially evident in live performance. His interpretation of Sri Vaibhav Arekar’s Ardhanarishvara at the Uday Shankar Dance Festival in 2019 brought the audience to their feet with thunderous applause and was highly acclaimed by the critics as well.  Supratim describes this performance as “the sweetest eleven minutes of my life”. 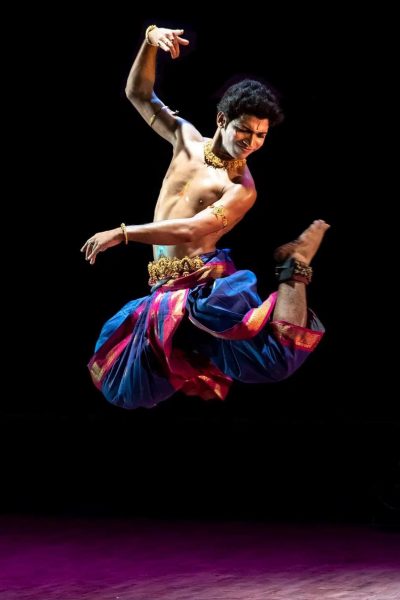 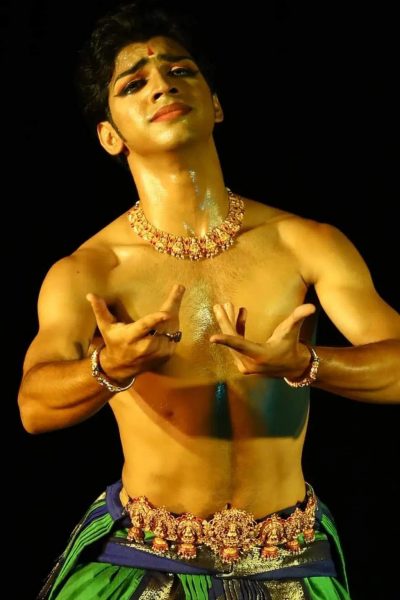 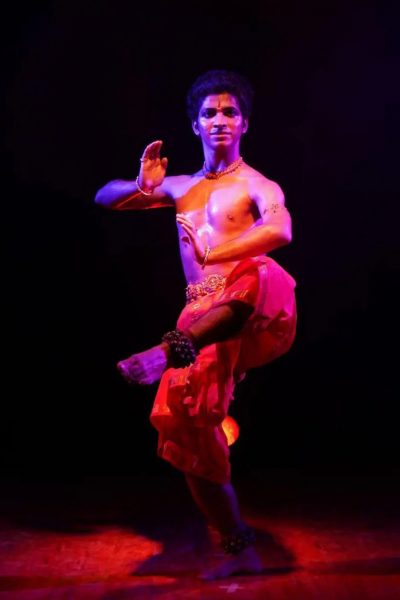 What is the source of Supratim’s unique brand of magic? When asked, he humbly observed that he has been blessed by the Divine. If a performance moves his audience, then Supratim strongly believes that Lord Nataraja is dancing through him. The Divine speaks to him in many forms…

The natural world is a perennial inspiration. Wandering the Himalayan foothills in Sikkim, exploring the ocean floor in the Andaman Islands, or standing on the banks of the river near his family home – Supratim derives creative energy from these new “dancing grounds”.

Theatre, cinema, fine art, literature, music, and dance from diverse cultural geographies are an endless supply of creative inspiration for the young artist. “These allow me to tap into an energy that I can then channel into my Bharatanatyam. Listening to music, for example, generates a specific energy in the body. And that energy will transform a gesture from the traditional idiom. Contemplating the colour and line in a painting – this too can be channeled. The way an actor modulates the tone of his words – this can be achieved in mime. Art flows into art: it’s an endless creative flow. This is my sadhana – this is my path to moksha.” 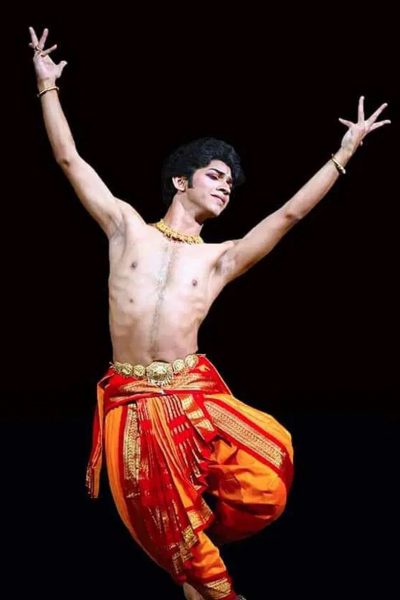 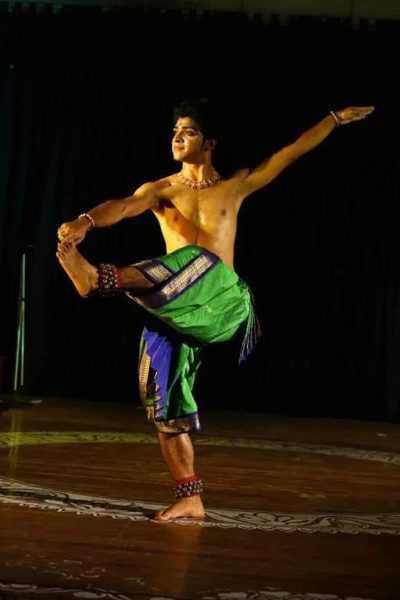 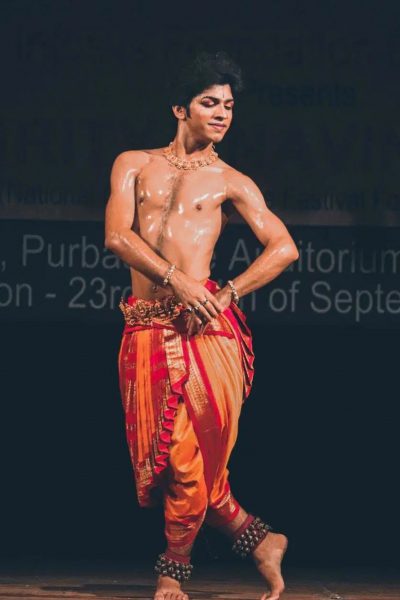 Much to eight-year-old Lakshman’s delight, he did become one of Supratim Talukder’s online students, joining the other “dance buddies”, as Supratim affectionately calls them, from all over the world. From very young aspirants like Lakshman, to older adults in the USA and Canada, he helps his students to unlock the transformative possibilities of dance. When pandemic travel restrictions ease, he would like to teach abroad, and has his sights set on offering workshops in the “Lion City”

Supratim Talukder wants to continue to explore new cultural geographies and connect with people from around the world through his art form. He is currently collaborating with an artistic director in California, USA, on a creation to be premiered sometime in 2022. Although he preferred not to share details about this project still in development, his expressive smile revealed that it will be something innovative – something special.

Eight-year-old Lakshman, who is now joined by his six-year-old brother, may form a part of that new cohort, dancing transcendent beauty and sublime meaning into the future.