CLICK HERE TO READ THE MAY ISSUE!
Editor's Pick, Time 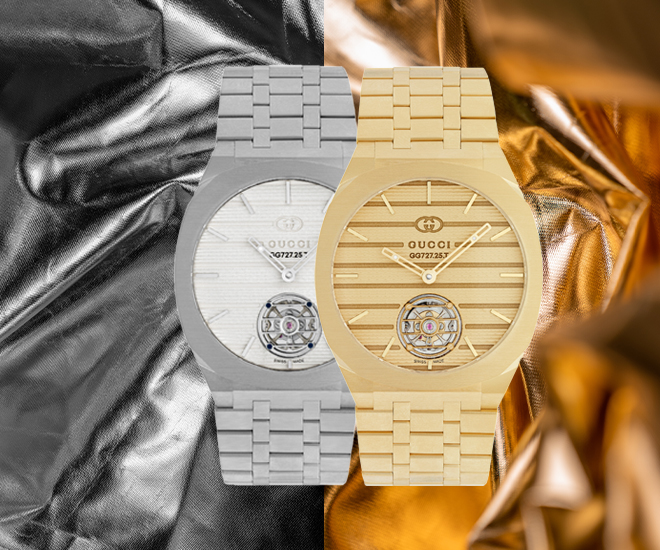 Celebrating its centenary, Gucci presents the high watchmaking collection. While it is not the first time Gucci to have dipped its toe into the pinnacle of craftsmanship — the storied fashion house launched its debut high jewellery collection in 2019 — it is the brand’s first foray into the world of high watchmaking.

Among the new creations, which comprise of four different lines including Gucci 25H, G-Timeless, Grip and high jewellery watches, the Gucci 25H is the featured piece that stands out with precision, opulence and solidness, made for both men and women. Italian style meets Swiss expertise, the new model plays with sleek, sporty lines, creating an ultra-slim design in just 3.7mm in height, a new record in the House’s watch history.

Inside the “second-skin” case is the new GG727.25 watch calibre, Gucci’s first movement developed and produced by the Kering movement manufacture in La Chaux-de-Fonds, Switzerland. Taking cues from creative director Alessandro Michele’s favourite number, a regular which is often featured in his Gucci collections and what he considers a talisman, the Gucci 25H, a microcosm of Michele’s belief, is presented in steel and pavé-set models and two tourbillon iterations in platinum and yellow gold. 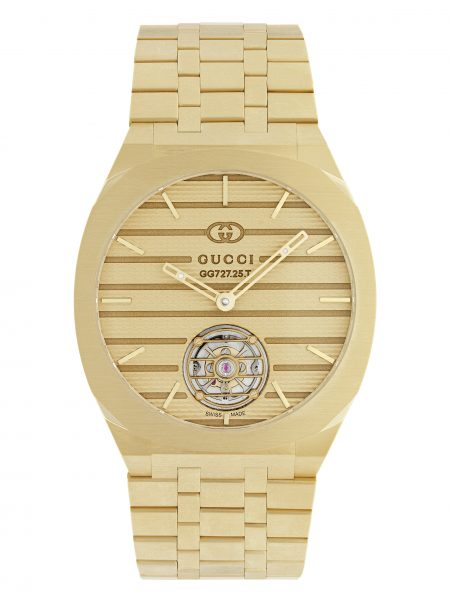 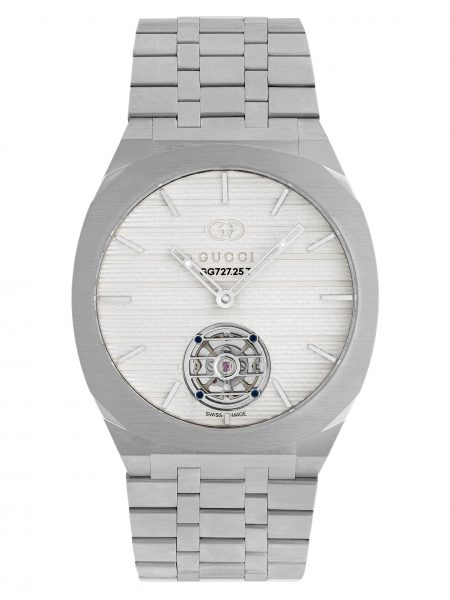 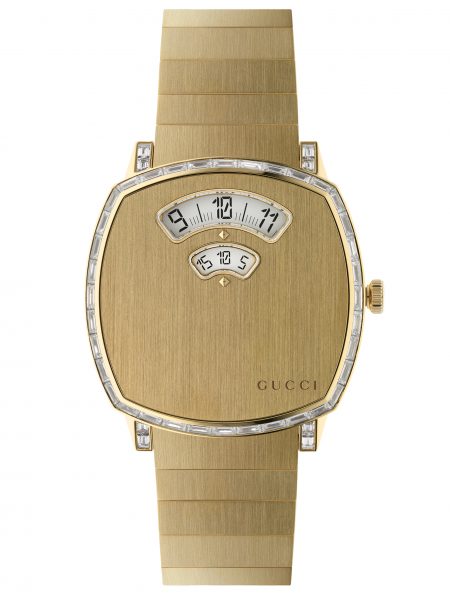 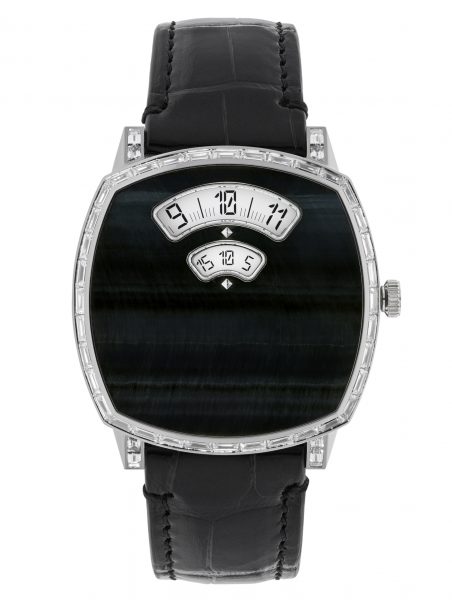 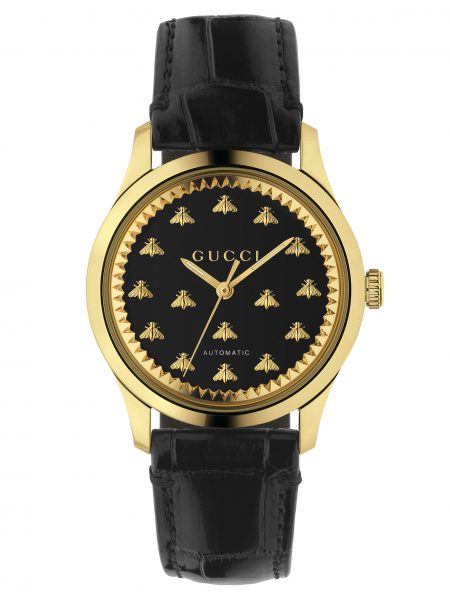 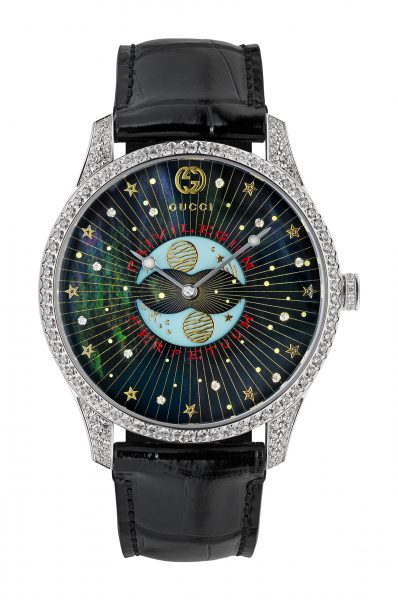 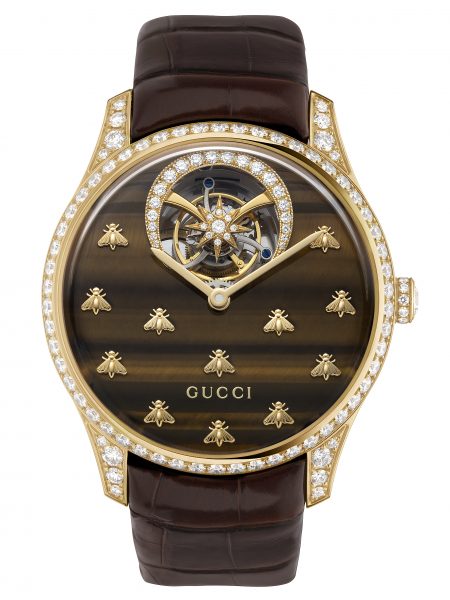 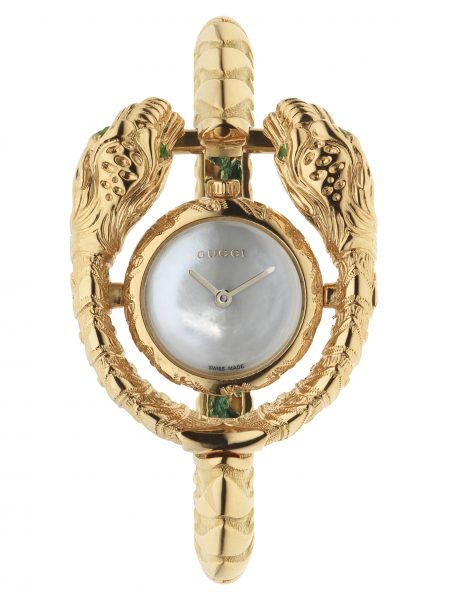 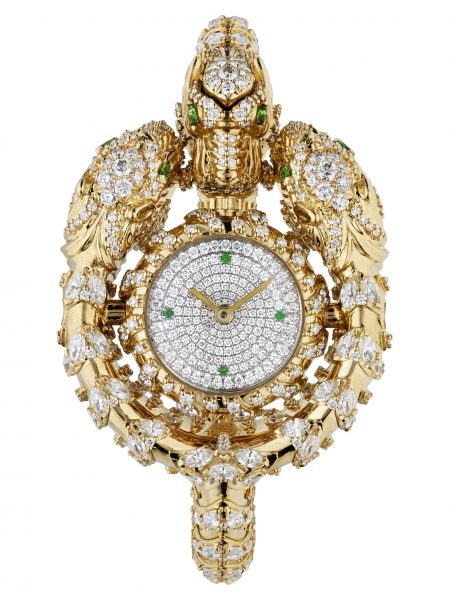