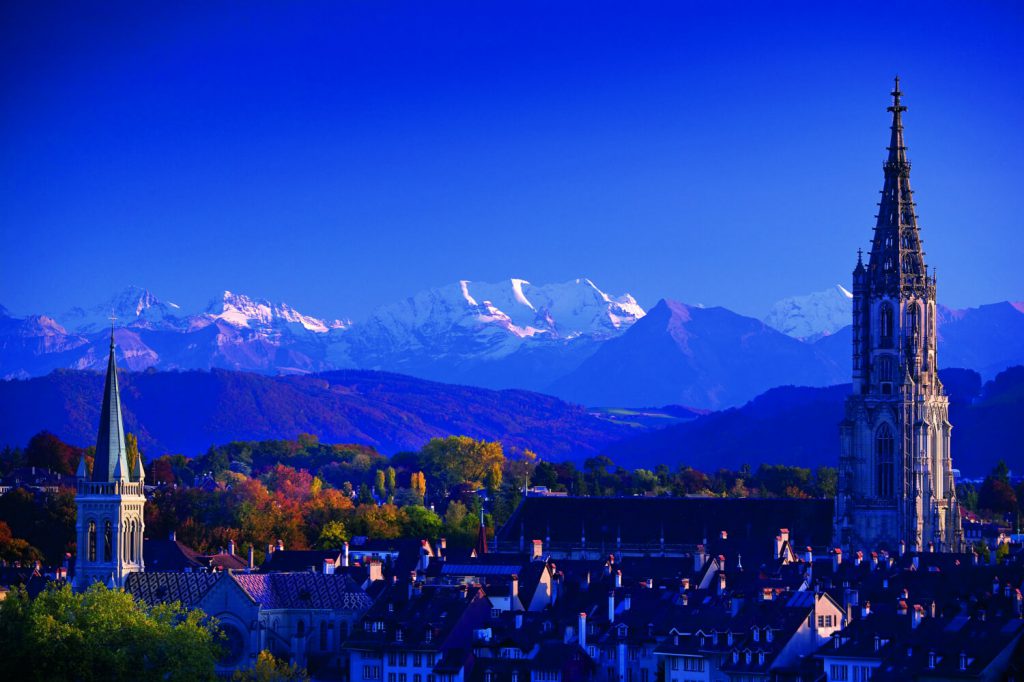 Set in the gateway to the Alps, Bern is a Swiss beauty of a capital city, built on a sandstone ridge and littered with historic structures that rival the best of Europe. Spotted with 17th and 18th-century buildings with street-level arcades and protruding roofs, the city is something that is increasingly hard to find.

The well-preserved Old Town – recognised as a World Heritage Site by UNESCO since 1983 – looped by the Aare river, is fraught with unique characteristics. Following the Bern Minster (Münsterplatz 1, 3011 Bern; +41 31 312 0462), the most popular landmark has got to be the Zytglogge (Bim Zytglogge 3, 011 Bern). The medieval clock tower draws in both locals and tourists for its display of a rooster crowing, a bear commencing his rounds and a jester taking the liberty of announcing the arrival of each hour. 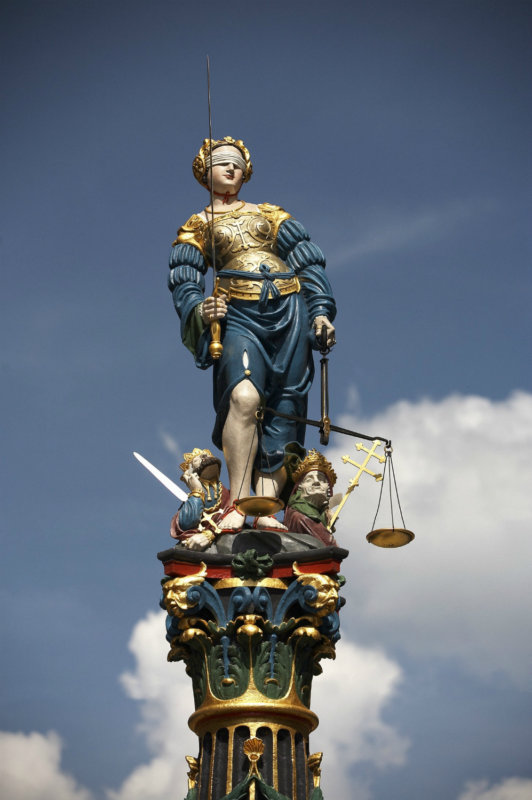 The elevated Rose Garden (Alter Aargauerstalden 31B, 3006 Bern) offers magnificent views of the Old Town, while the nearby BärenPark or “bear park” (Grosser Muristalden 6, 3006 Bern; +41 31 357 1515) provides an almost 6,000 square metre home to its residents Finn, Björk and Ursina. There are idiosyncratic boutiques, bars and cabaret stages, some of which are hidden in vaulted cellars, and intimate street cafes waiting to be discovered. With one place a mere stone’s throw away from the other, we suggest exploring the city centre on foot, albeit Bern has a very good public transport network. 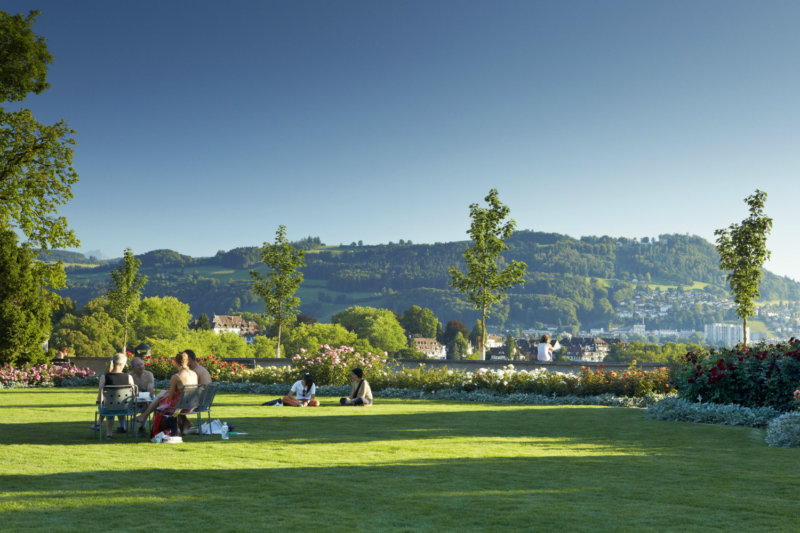 While numerous museums and theatres cover a variety of interests, the Bern Historical Museum (Helvetiaplatz 5, 3005 Bern; +41 31 350 7711) also houses the Einstein Museum, which is dedicated to the life and work of Albert Einstein, and is definitely a must-visit. Did you know that the genius developed the Theory of Relativity while living in Bern? If you’re keen to take a #selfie with Einstein, check out any of his four statues located at the following spots in Bern: the Rose Garden, BärenPark, the Bern Historical Museum and the University of Bern. Don’t forget to hashtag #ilovebern and #einsteinselfie!

If you want to savour down-to-earth cuisine from Switzerland and Mediterranean delicacies within a high Baroque style restaurant, check out Kornhauskeller (Kornhausplatz 18, 3011 Bern; +41 31 327 7272). The ambience is dominated with warm colours, wood and dimmed lighting for an elegant yet cosy dining experience.

We were put up at Hotel Allegro (Kornhausstrasse 3, 3013 Bern; +41 31 339 5500). Located across the bridge to the Old Town with the arcaded shopping streets, the hotel enjoys a convenient but quiet spot amidst scenic settings.


Check out the 9 locations from Gucci’s #TimeToParr