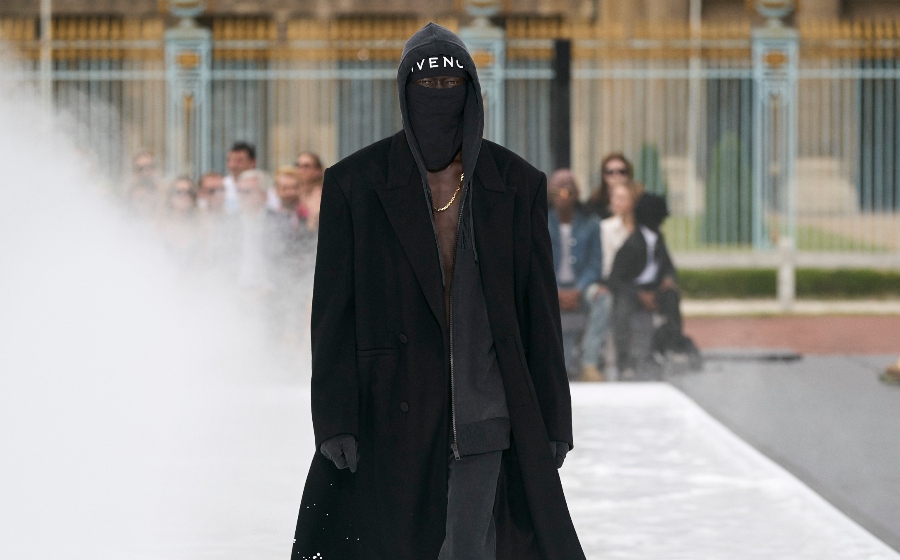 In a world rife with crazy politics, fake news, plastic pollution, and internet addiction (we could really go on), the Givenchy Men’s SS23 show turns the dial-up on the glamourisation of fashion’s easiest things.

In just under two years, Matthew M. Williams has achieved what some of his compatriots could not when it comes to the form of fashioning menswear — creating menswear icons for the House. The TK-360 with its sock-boot-like look, a new variation of the Antigona titled the Antigona Crossbody and lastly, the 4G logo that has entered the House’s lineup of icons.

With real-life looks off the runway, however, is where Williams’s work looks the best. Grounded in reality, simple but not spiritless, and most importantly, fosters a community. The #GivenchyFamily extends beyond its celebrity fanbase because William’s mix of commerciality and creativity works with its customers.

Commerciality, however, need not necessarily be a bad thing. One needs to remember how Hubert de Givenchy made his mark with his own debut in 1952 — a collection consisting of separates that gave freedom to its wearers. Survival in a sartorial context was more than just living to see another day regardless of the elements or environments. It meant surviving the scrutiny of the public, the sometimes odd social eccentricities that solidified as the norm, and transitioning from day to night without being victimised by the fashion industry itself.

70 years later, Williams is doing the same with the Givenchy Men’s SS23 show. Tracksuits made for mobile living, cargo pants to free the hands, and telegraphing what Monsieur Givenchy aspired to himself — separates that take on new life depending on the life the wearer himself is living. 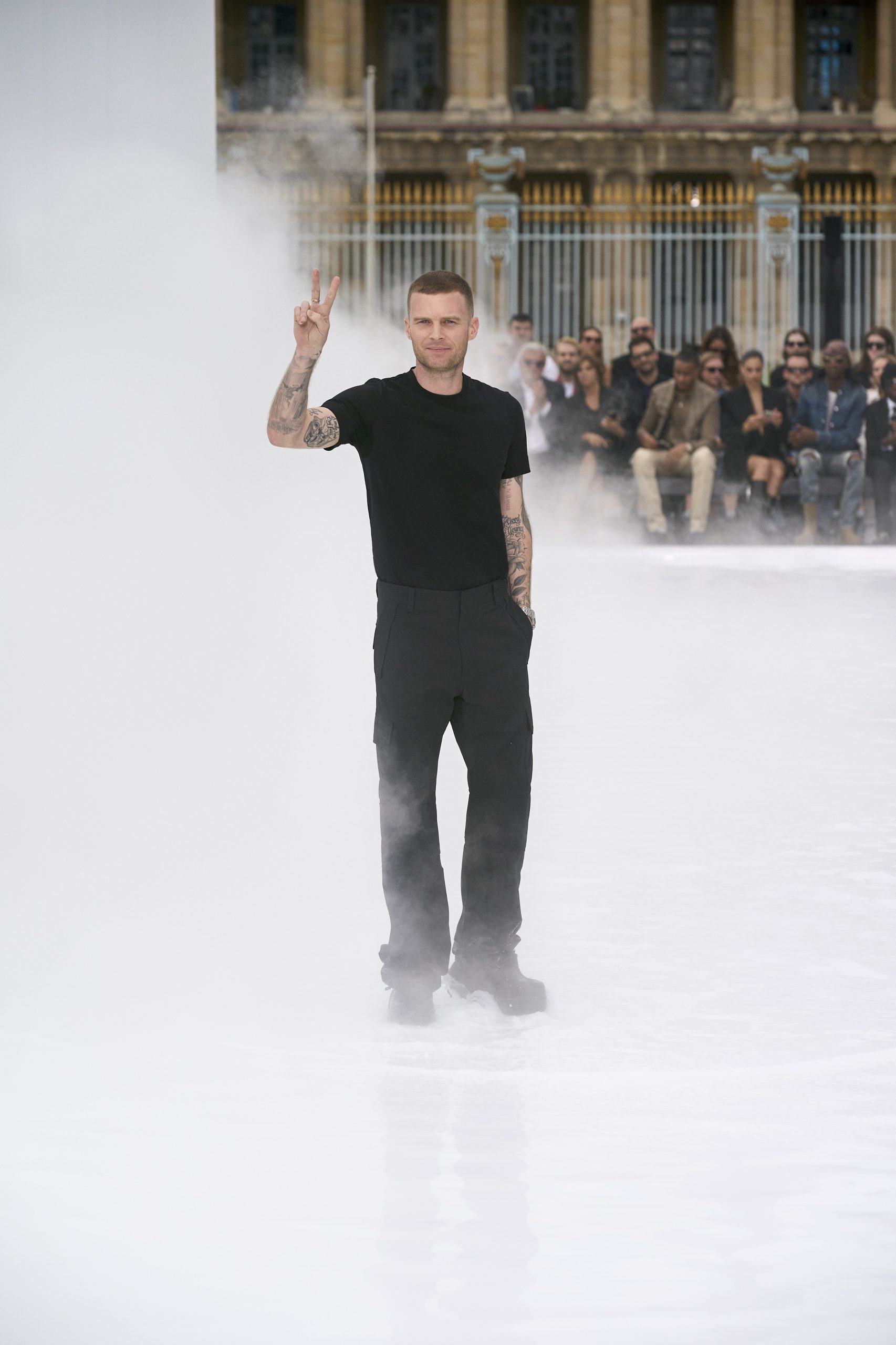 “Menswear was, quite naturally, the way I discovered fashion. In my practice at Givenchy, my men’s collections came from an instinctive starting point. This show is a reflection of myself and the men who surround me. Form my close friends to the artists who inspire my work. It’s a dialogue with the time and culture that shape the way men dress today and tomorrow: the way new generations embrace and evolve the archetypes and dress codes of the past through their own progressive outlook. It’s a thrilling evolution and the reason I have chosen this moment to stage a stand-alone men’s show for Givenchy.” says Williams himself.

Here are our 10 favourite looks from the show. 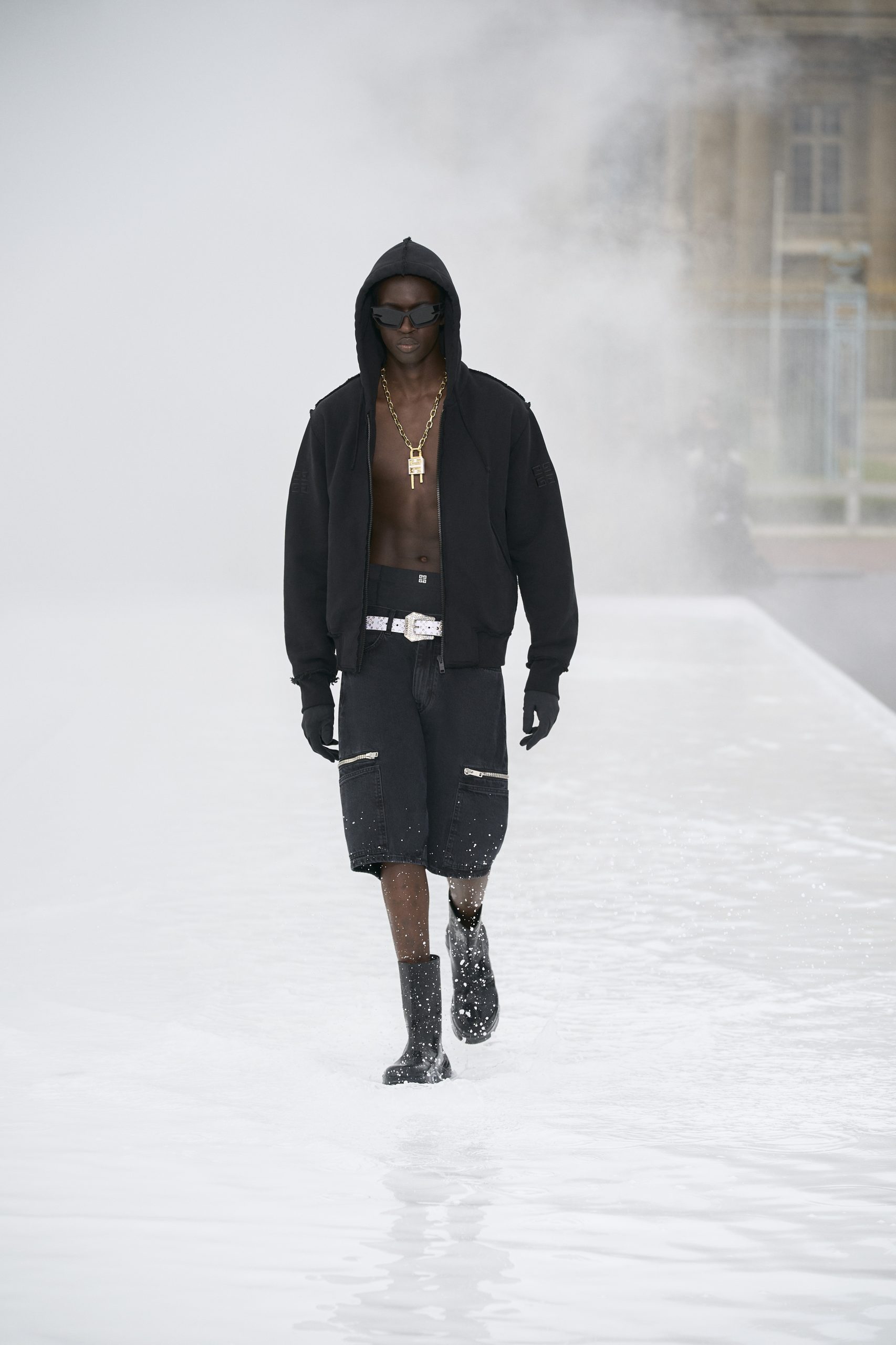 Look 3: The boxer uniform consisting of a track jacket, serious hardware and gloves takes on a sleeker silhouette. 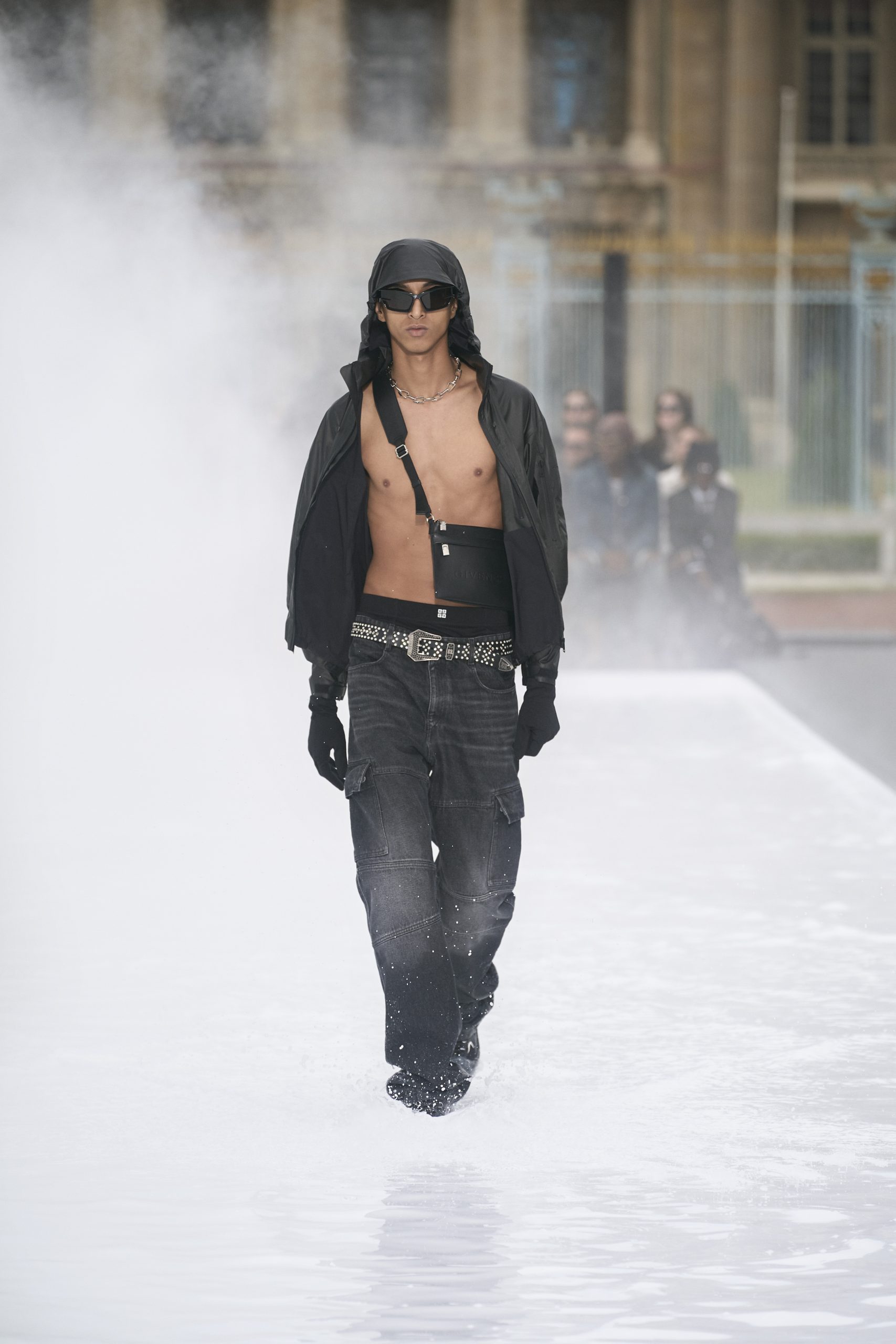 Look 12: Another trick that Williams’ employs at the House — adding a stroke of savoir-faire to the most ordinary of things. 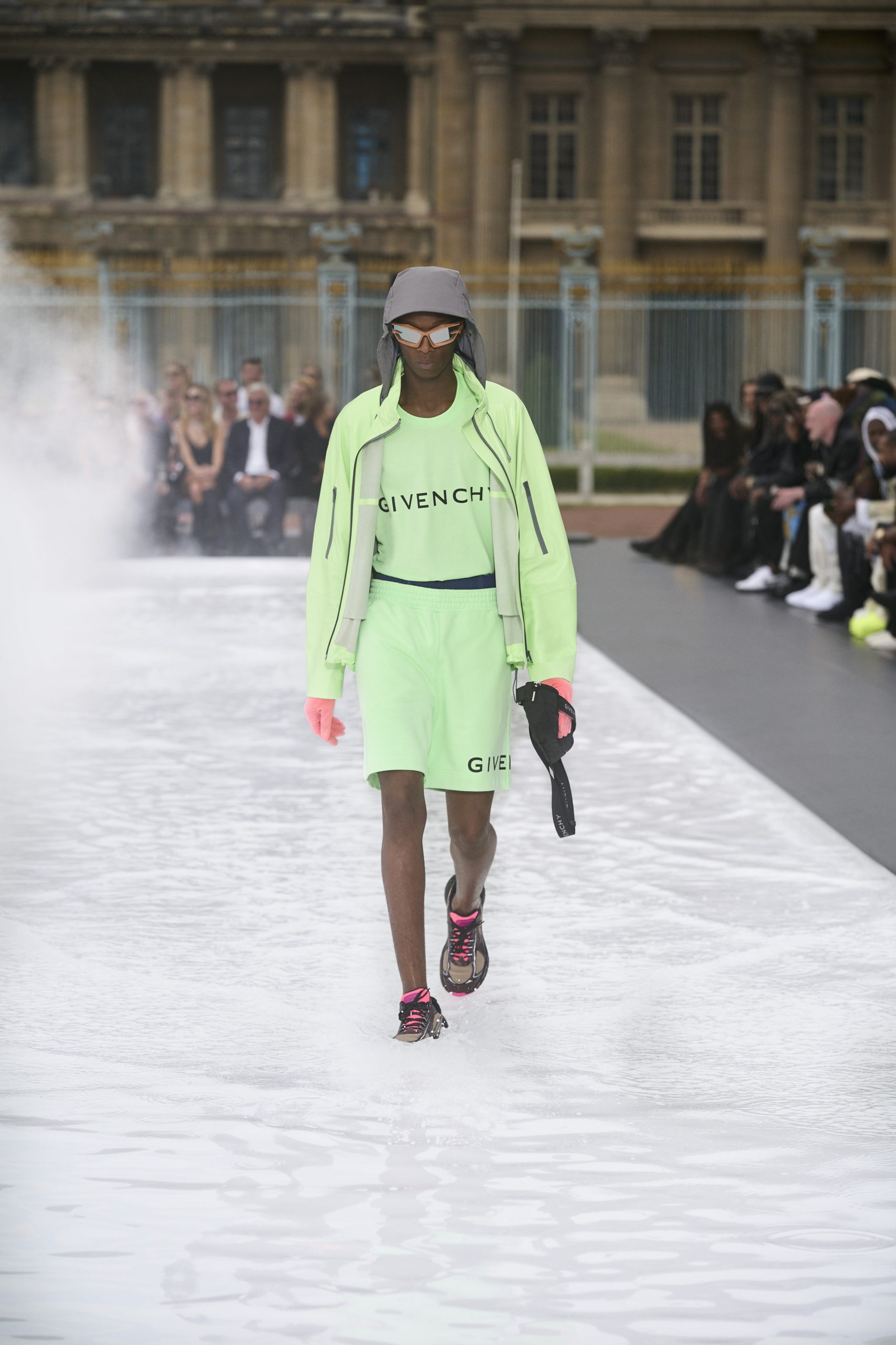 Look 18: At the Givenchy Men’s SS23 show, the literal use of the House’s logo does not stop and sees itself as a sportswear-like motif. 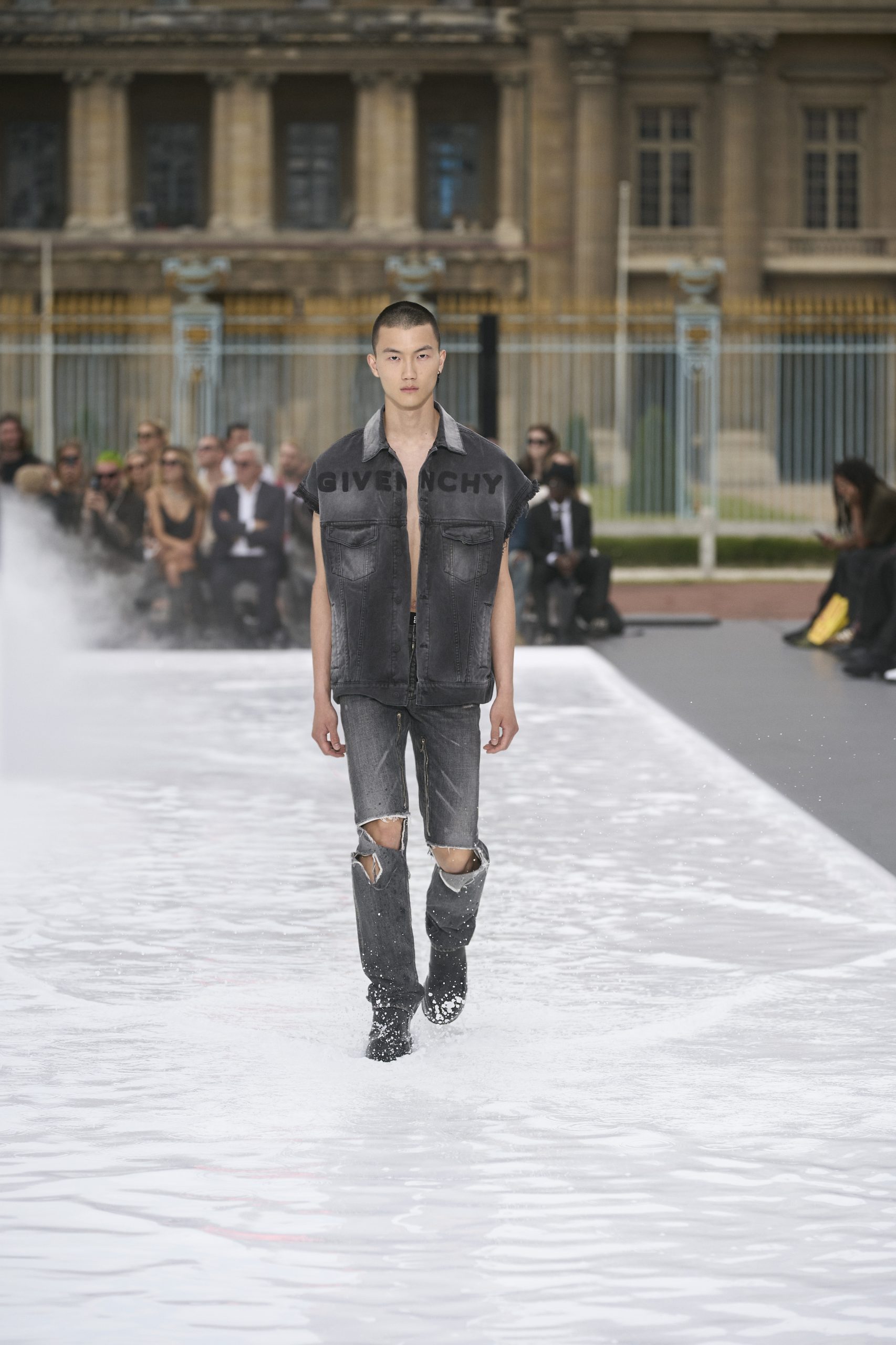 Look 26: Slicked up, minimalised and a Socal-spirit — a reflection of a community that inspires Williams. 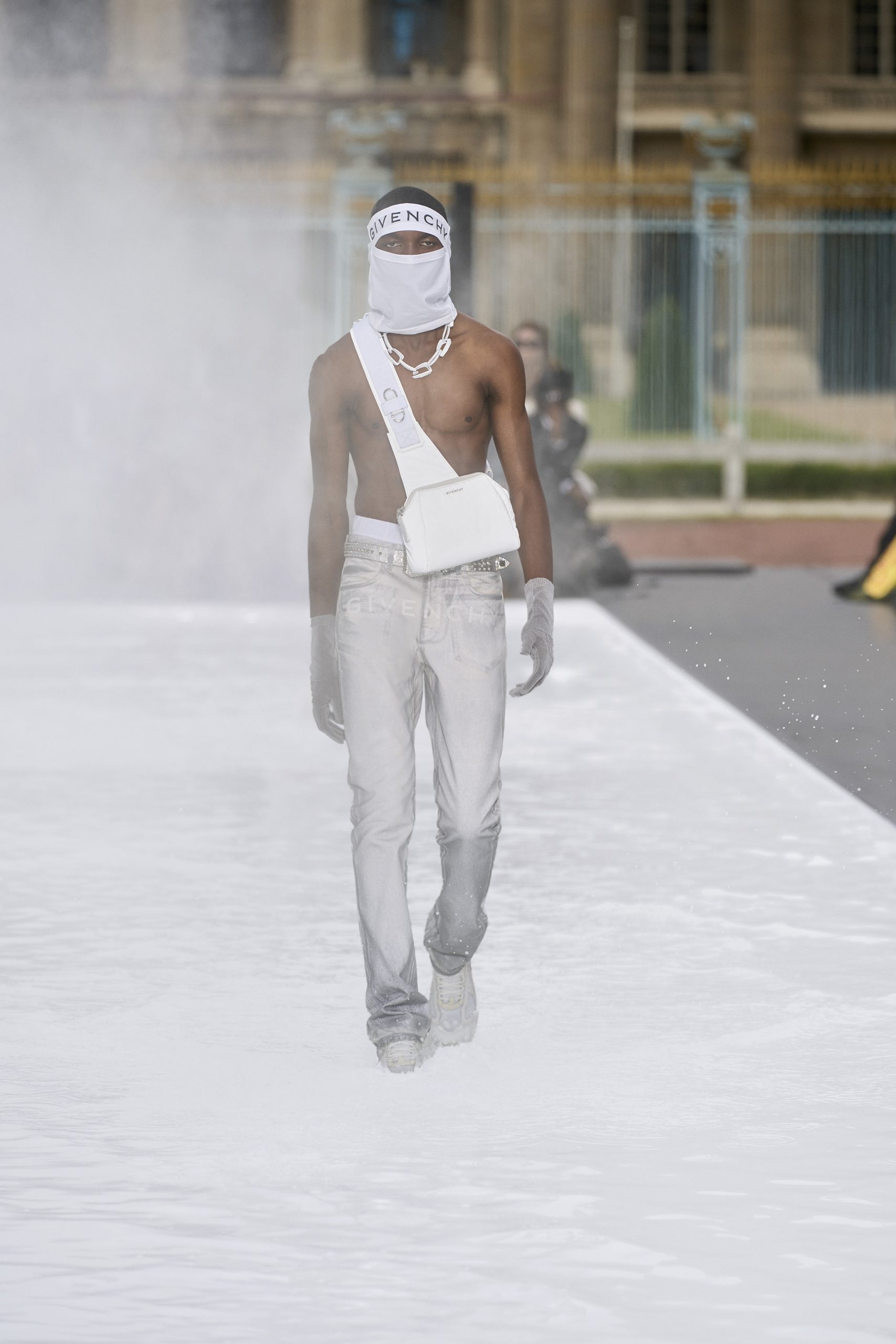 Look 32: From the runway to being massively booked by the magazines and filtered to real life, optic white is made for every occasion. 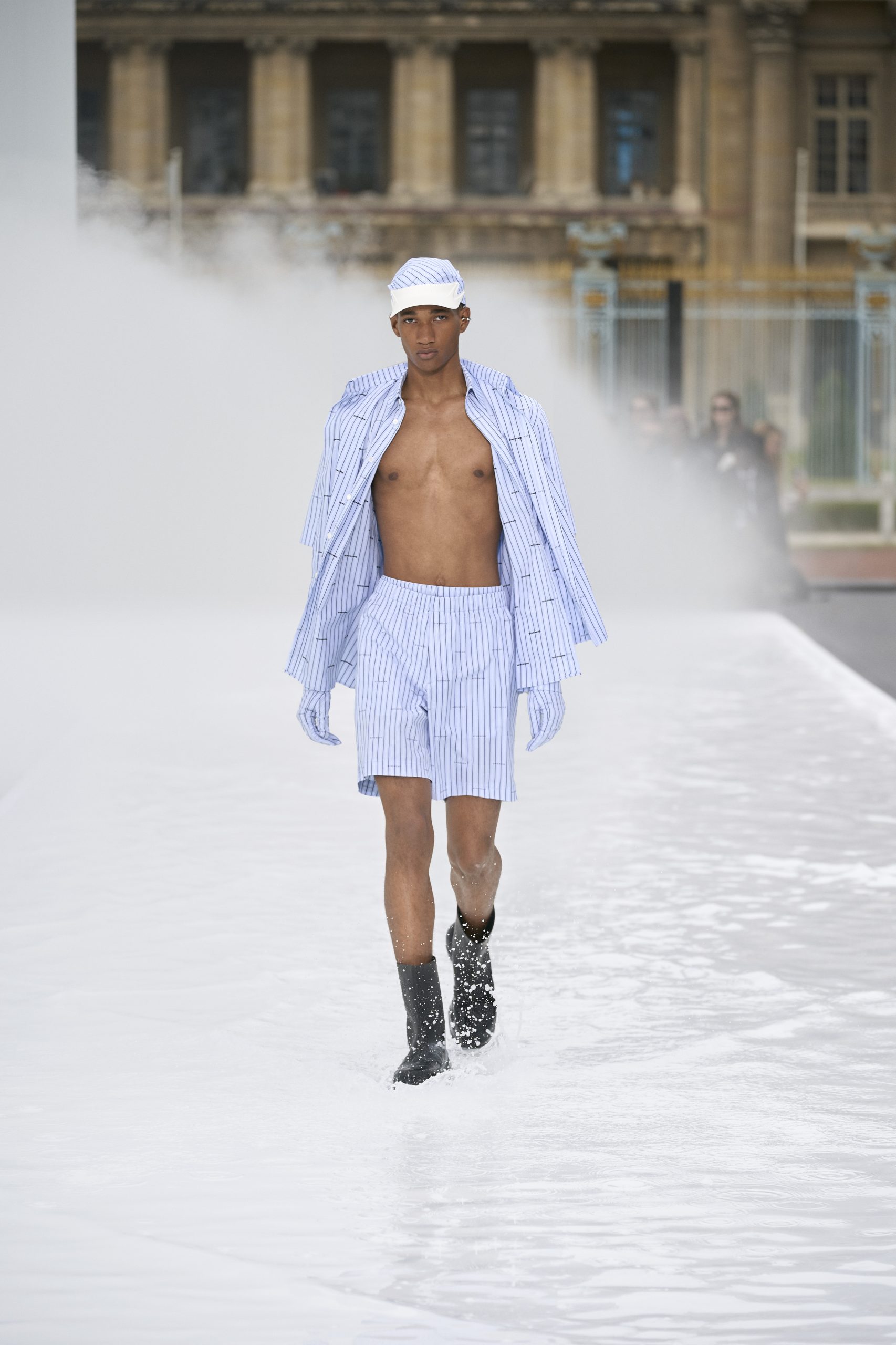 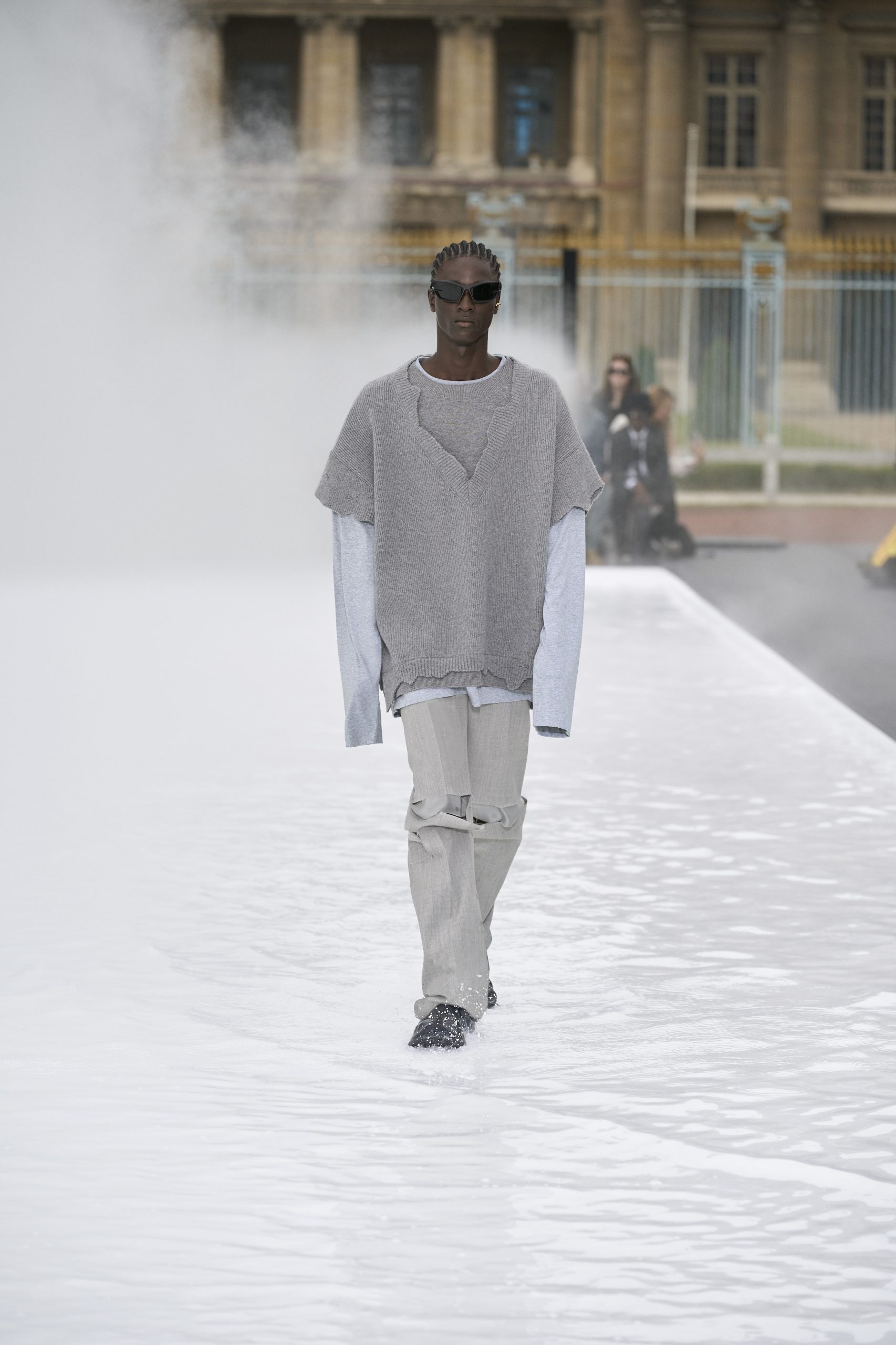 Look 39: Another example of Williams’s condensation of culture at the House — expect this fit to filter down to the fashion fanatics come 2023. 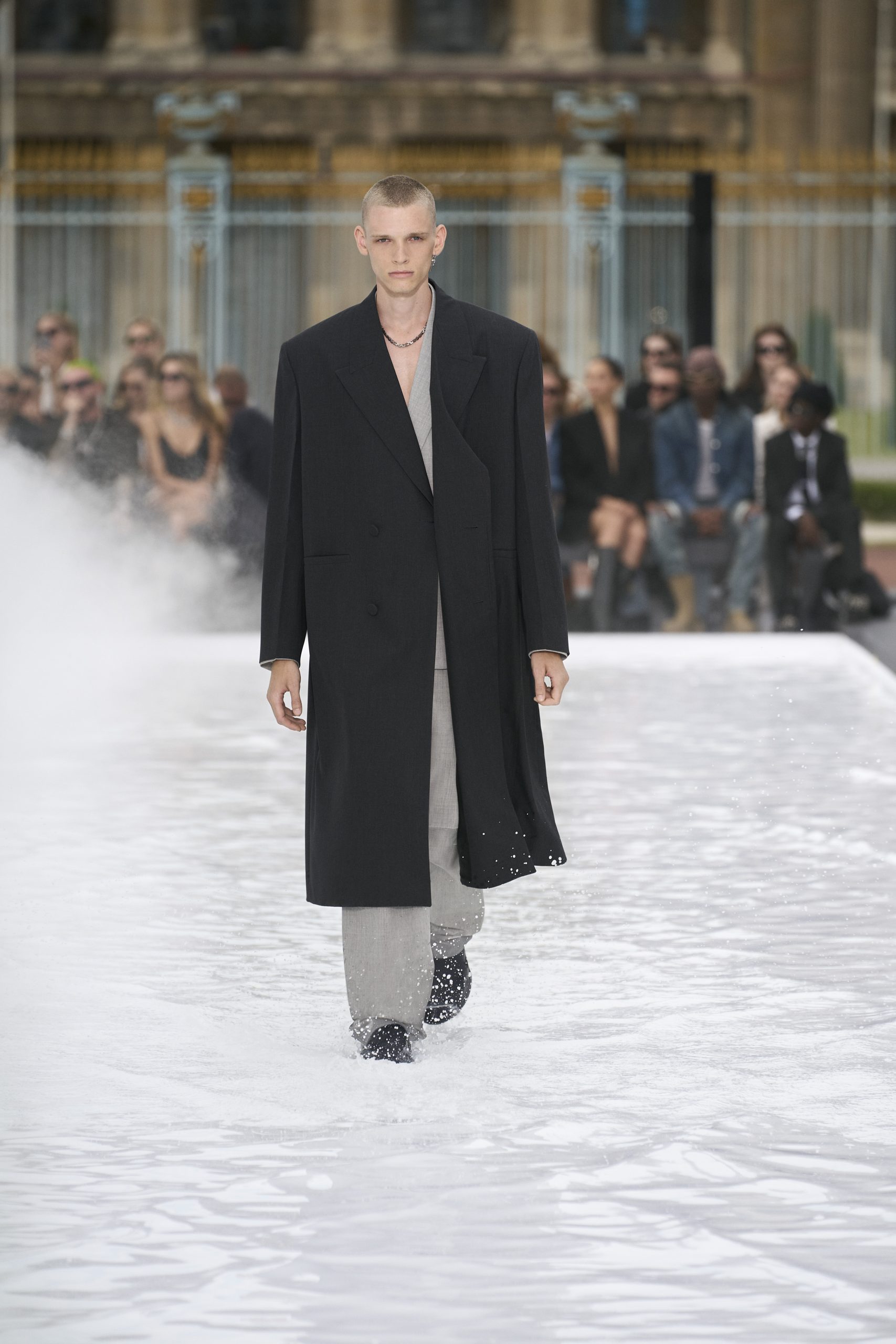 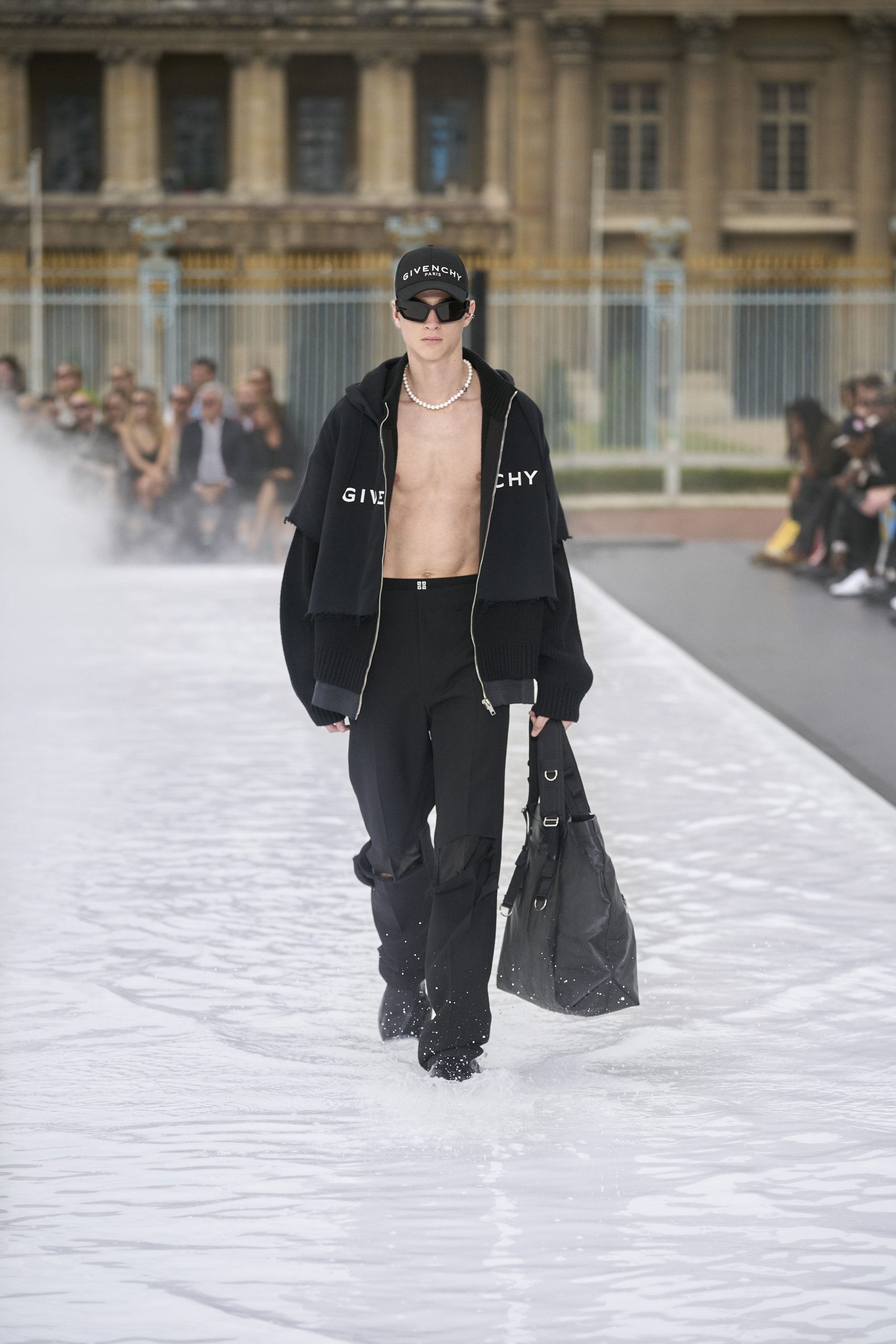 Look 45: If one notices, next season’s wishlist for the fashion fanatics includes a pair of Givenchy underwear. 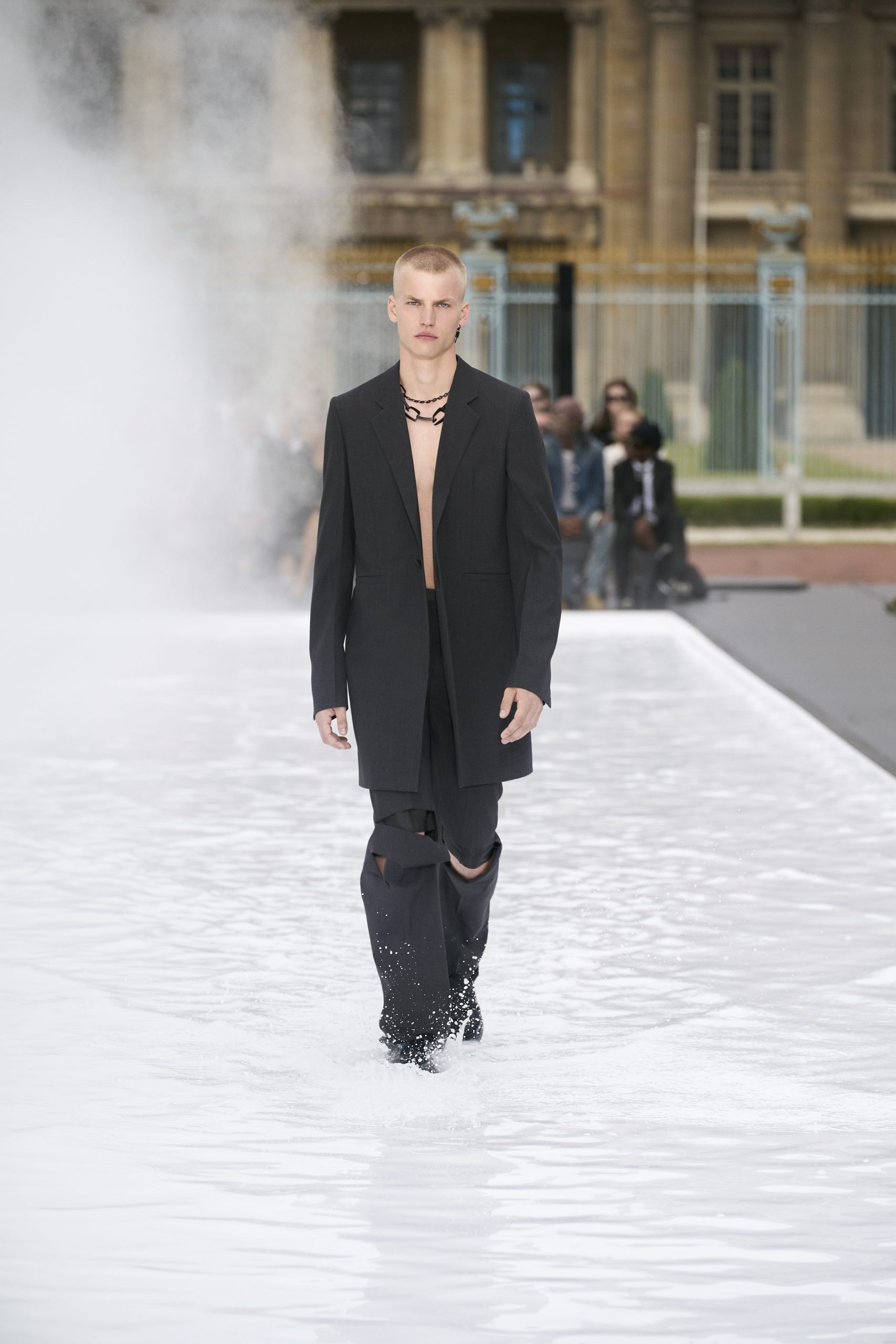 Look 50: The closing look of the Givenchy Men’s SS23 show featured a model who was a ringer for Williams’s himself. Perhaps, a nod to how the designer himself is designing for who is designing for: someone modern and in the now.