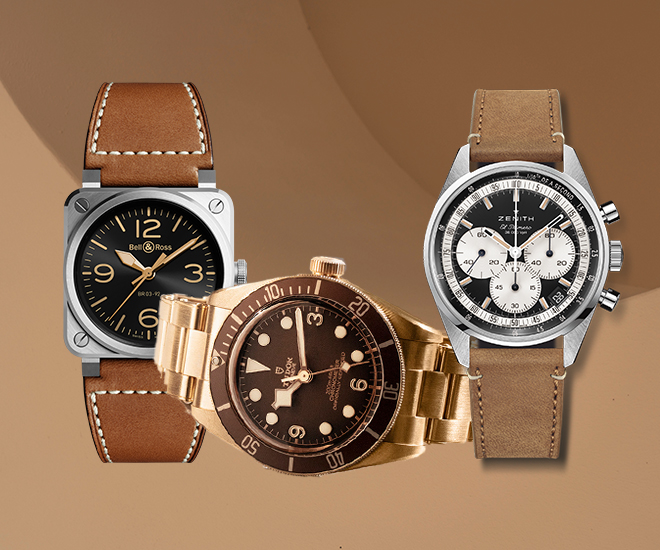 Iconic timepieces don’t have to be boring. These numbers are fun, exciting, and most importantly, timeless. 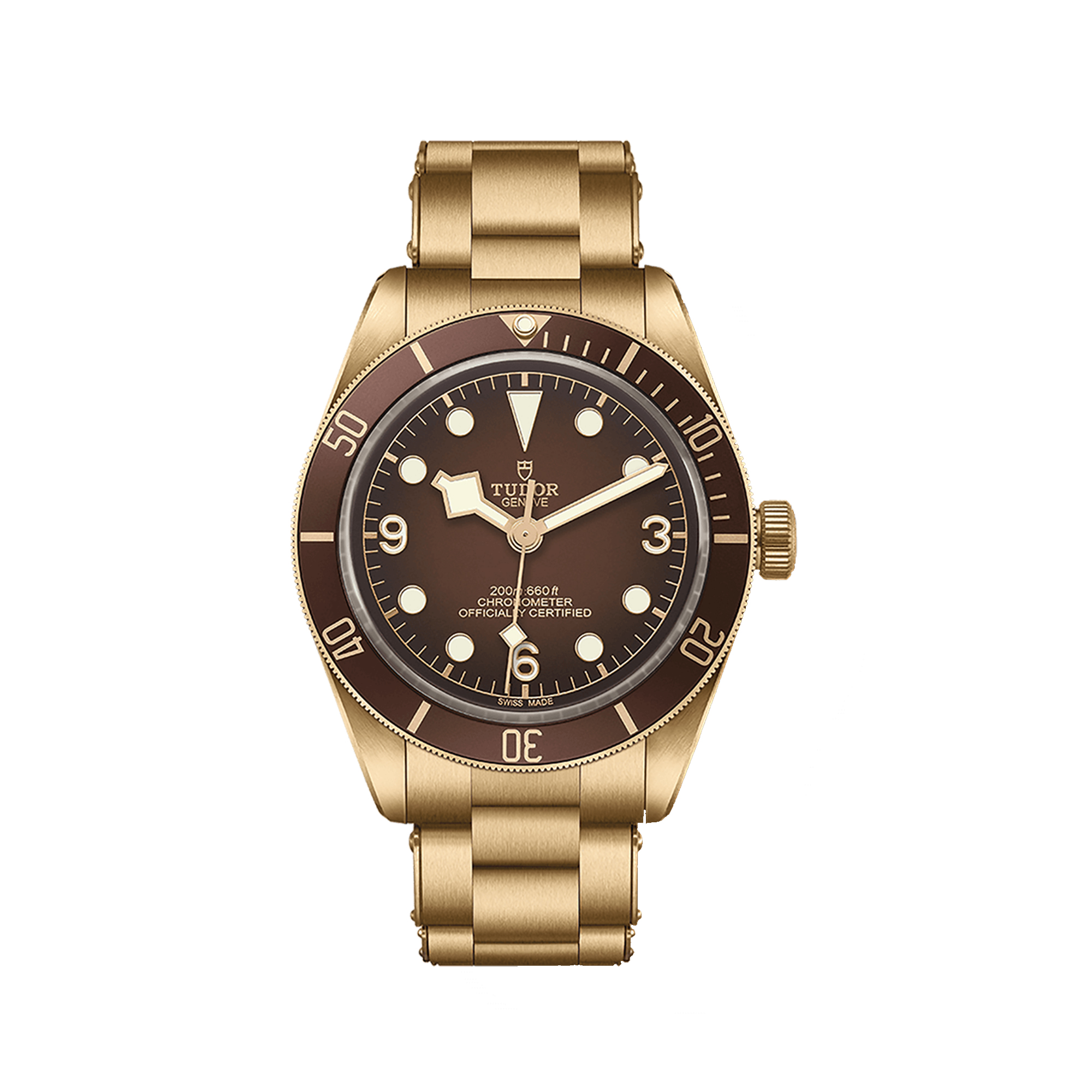 The story of Tudor’s diving watch started in 1954 when it introduced the Tudor Oyster Prince Submariner, reference 7922. Waterproof to 100 metres, the watch was famed for its reliability and precision. Bolstered by its experience with using bronze, the Black Bay Fifty-Eight Bronze model features a 39mm satin-brushed bronze case evolves to match the wearer’s lifestyle. The domed matt “brown-bronze” dial displays applied hour markers and Arabic numerals at 3, 6 and 9 o’clock. It adapts the iconic “Snowflake” hands that appeared in the brand’s 1969 catalogue, not forgetting its unprotected crown and the holes of the bars that pass through the horns are inspired by that of its predecessors. Powered by the Manufacture Calibre MT5400, it has a 70-hour power reserve, allowing you to go watchless over the weekend and put it back on again on Monday without having to reset it. 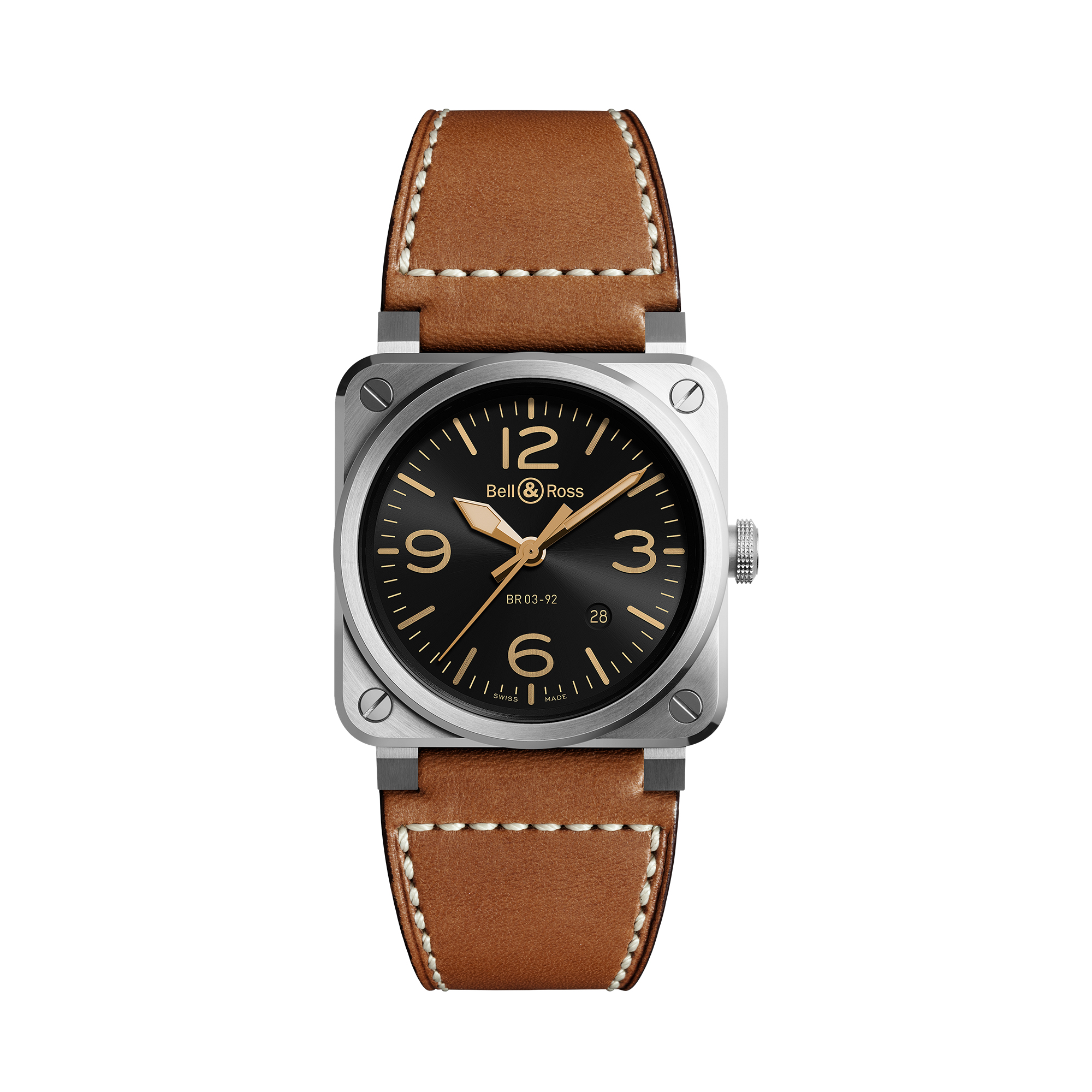 Defined by its golden accents and brown leather strap, the Bell & Ross Golden Heritage returns as one of the BR 03-92 models. It features a 42mm satin-polished steel case with four screws in the corners, scratch-resistant sapphire crystal glass with anti-reflective coating for optimal legibility and, screw-down crow and solid case-back to provide water resistant of 100 metres. Housed within the watch is the BR-CAL.302 automatic movement which delivers a power reserve of 38 hours once fully wound. In addition, the good-looking black sunray dial carries golden-coloured oversized Arabic numerals and hands, detailed minute track, date window a 4:30 and Super-LumiNova filled hands and hour markers. 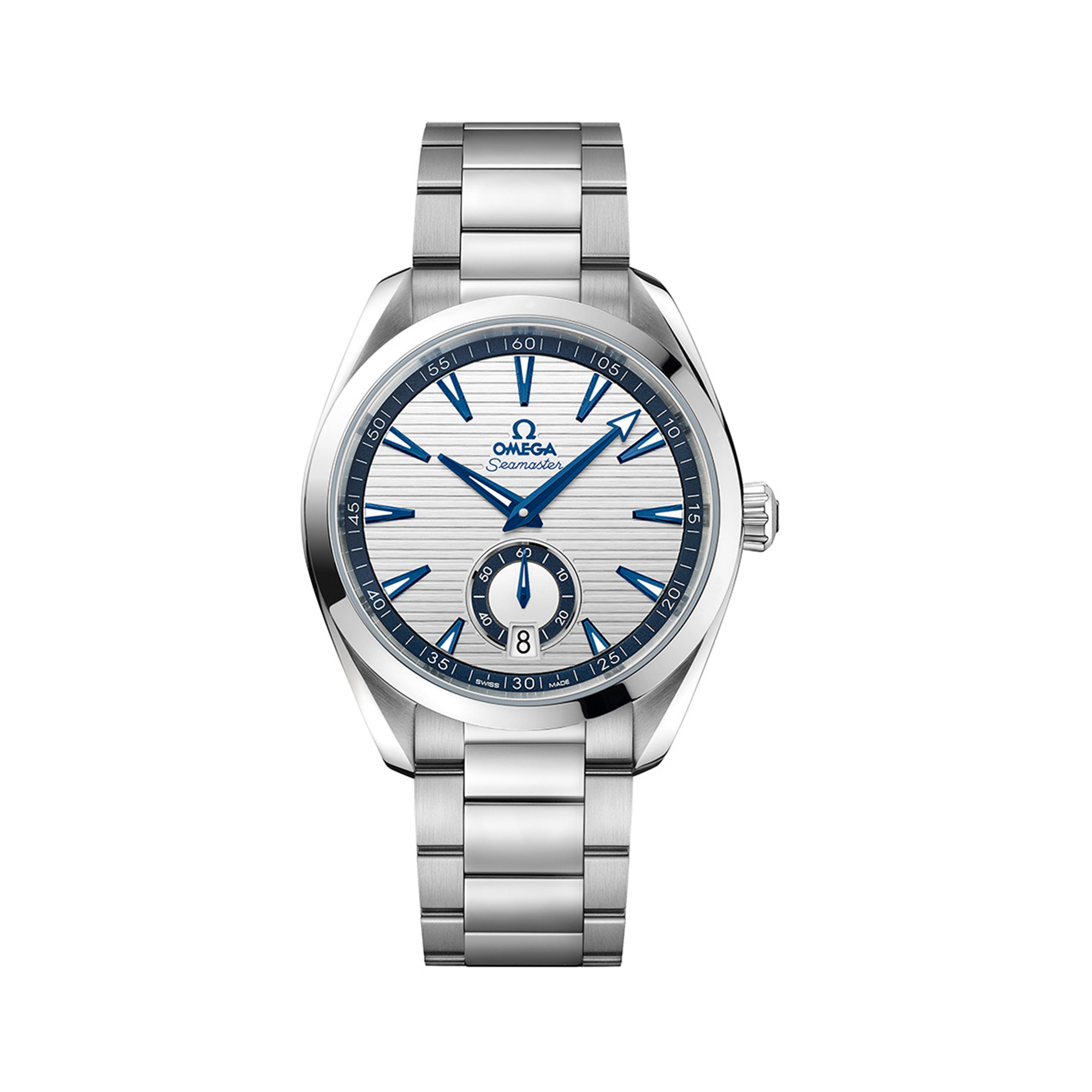 Aqua Terra is an Omega watch designed for individuals who enjoy city life as much as the great outdoors. In keeping with the ethos of the collection, the Swiss brand has taken the Aqua Terra into exciting new territory, by introducing a seconds hand. The 2021 Aqua Terra collection starts off with two case sizes with 10 variations in 38mm and nine in 41mm. The 41mm range offers four stainless steel editions and one in stainless steel and 18K Sedna gold, all powered by Omega’s Co-Axial Master Chronometer calibre 8916. The larger-sized editions also include four models in 18KSedna gold, all powered by a movement as luxurious as the watch’s exterior: Omega’s Co-Axial Master Chronometer calibre 8917. 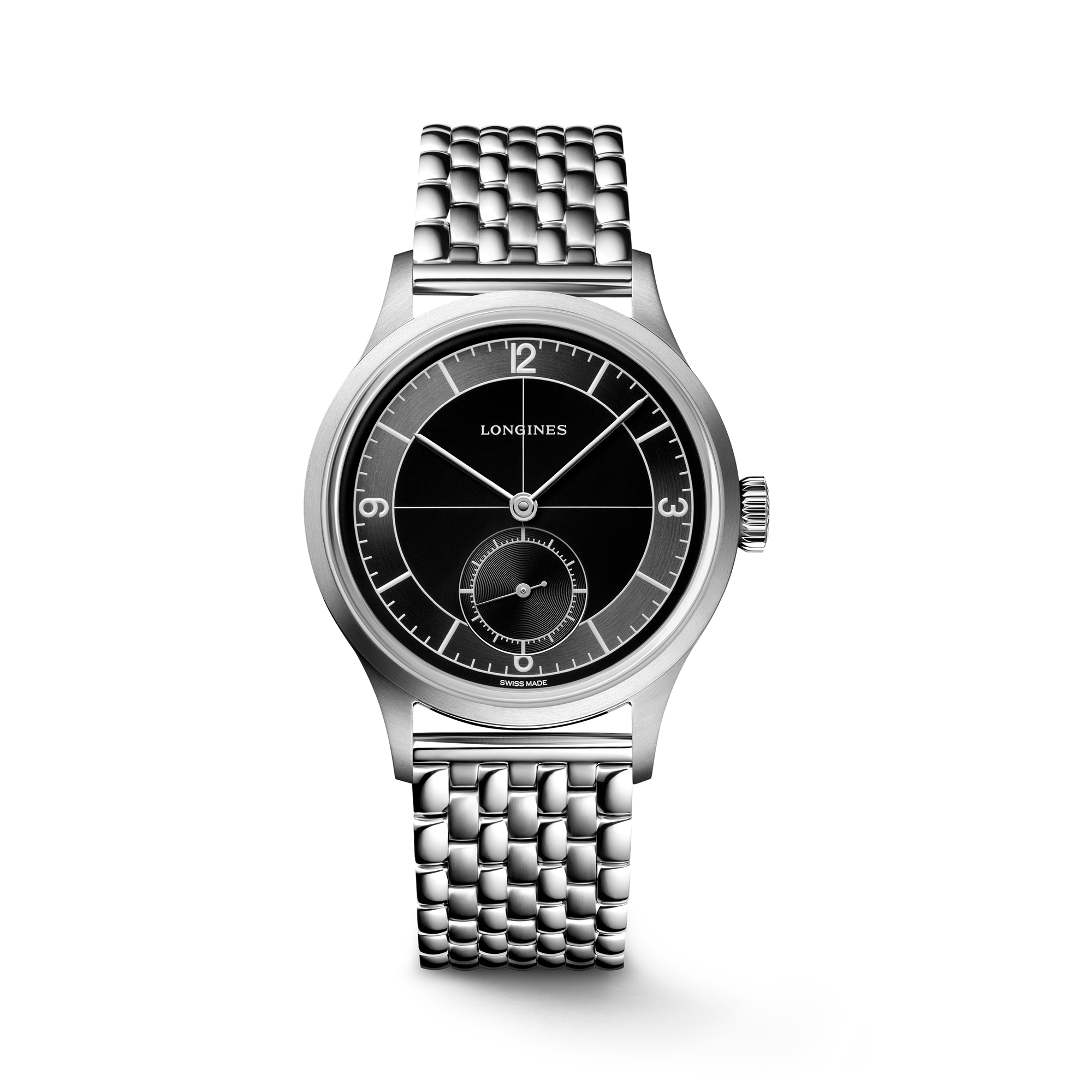 Elegant and playing on 1930s inspiration, The Longines Heritage Classic boasts a compact stainless-steel case, measuring 38.50mm in diameter, which uses lines and circles to create a relief effect. The highlight has got to be the dial. Composed of two zones, the dial stands out with a matte central circle and a circular brushed anthracite hour circle. Not unlike the uncomplicated case, the polished silver hands make for a seamless blend of contemporary sophistication and classic aesthetics. The watch is presented with a cognac-coloured leather strap with a “pull-up effect” and a much-coveted bead of rice bracelet with alternating brushed and polished links. Equipped with a well-known automatic movement, the calibre L893, and a silicon balance-spring, the watch is resistant to the usual magnetic fields. 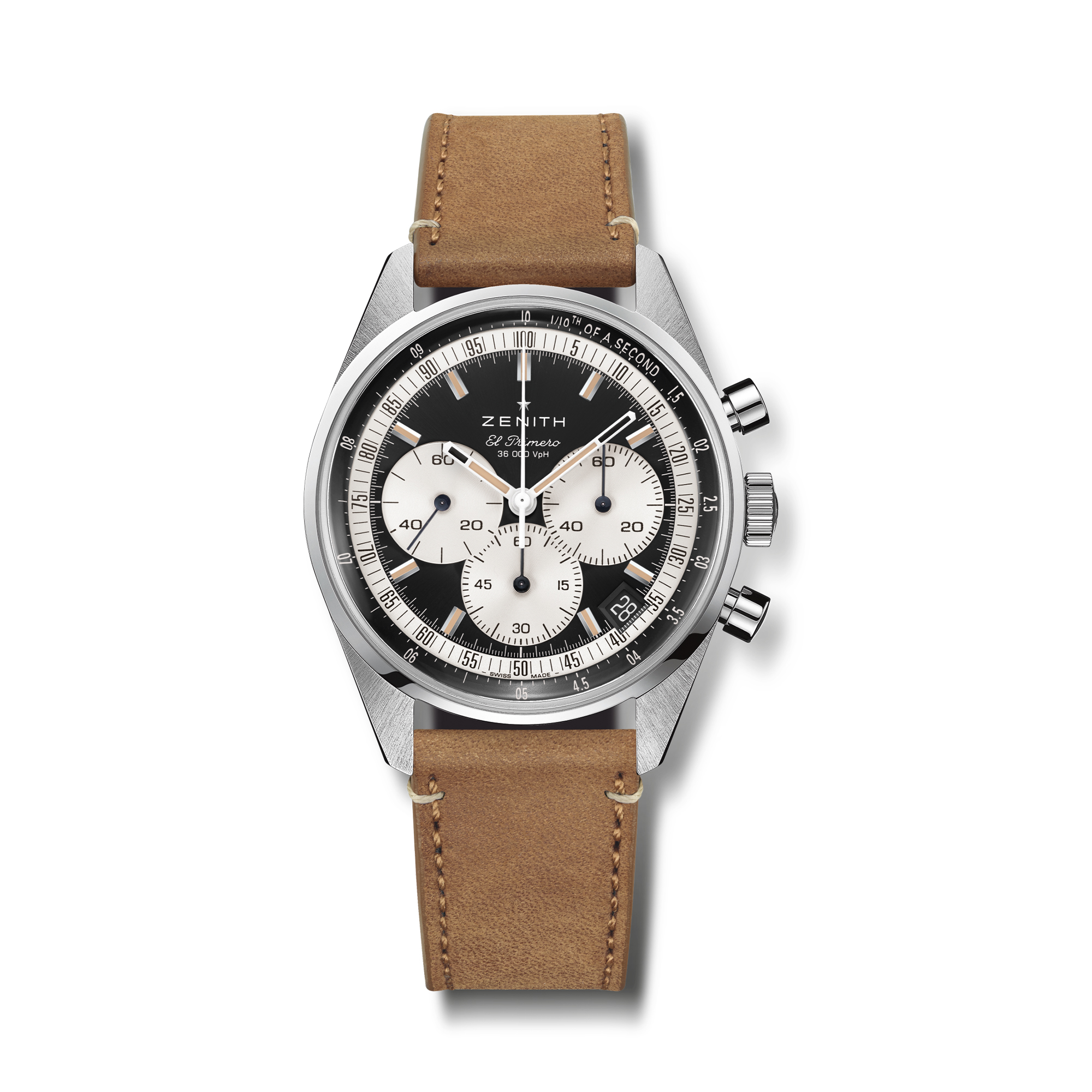 Launched in 1969 as one of the first steel watches to be equipped with the revolutionary El Primero calibre, Zenith A386 has proven itself to be a true icon. Beyond a modern reinterpretation of this enduring staple among chronographs, Zenith goes above and beyond with the Chronomaster Original, which retains the enduringly relevant design of the A386 while packing the performance of the 21st century version of the El Primero. The 38mm round bezel-less steel case with a domed crystal, the pump-style chronograph pushers, the faceted lugs and the mix of brushed and polished surfaces throughout are indistinguishable between the past and present models. The autonomy of the watch has been rendered more efficient, with an extended power reserve of 60 hours.

This story first appeared in the September 2021 issue of Men’s Folio Malaysia.