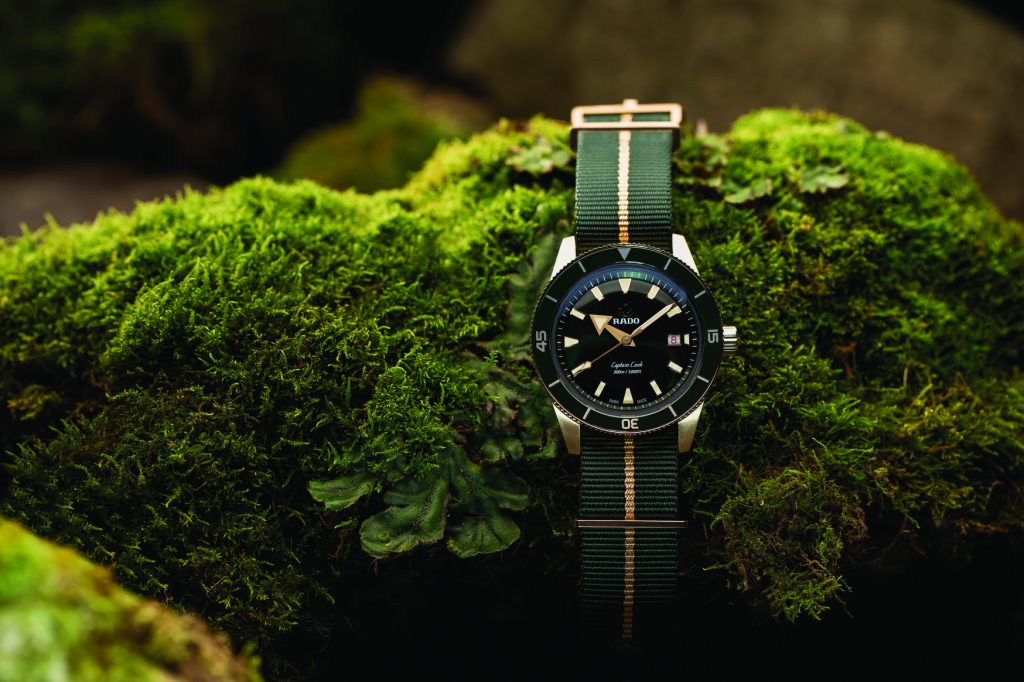 With the surge of instrument chronographs, pilot’s as well as diver’s watches in the market, the 1960s is widely recognised as the golden age of sports watches. Some powerhouse brands started introducing their interpretations of the aquatic watch in the mid-1950s, while some – such as Rado – only presented theirs a couple of years later.

Named after British explorer Captain Cook, the first recorded European to reach the east coast of Australia, the 37mm Rado Captain Cook watch was launched in 1962. Although the specifications weren’t exactly revolutionary, it attracted attention with its combination of shapes: a concave bezel with a domed crystal and a domed dial working in unison to give depth and dimension to the watch. The dial was grey with large indexes, arrow-shaped hand, and the most significant detail, namely a rotating anchor logo at 12 o`clock. 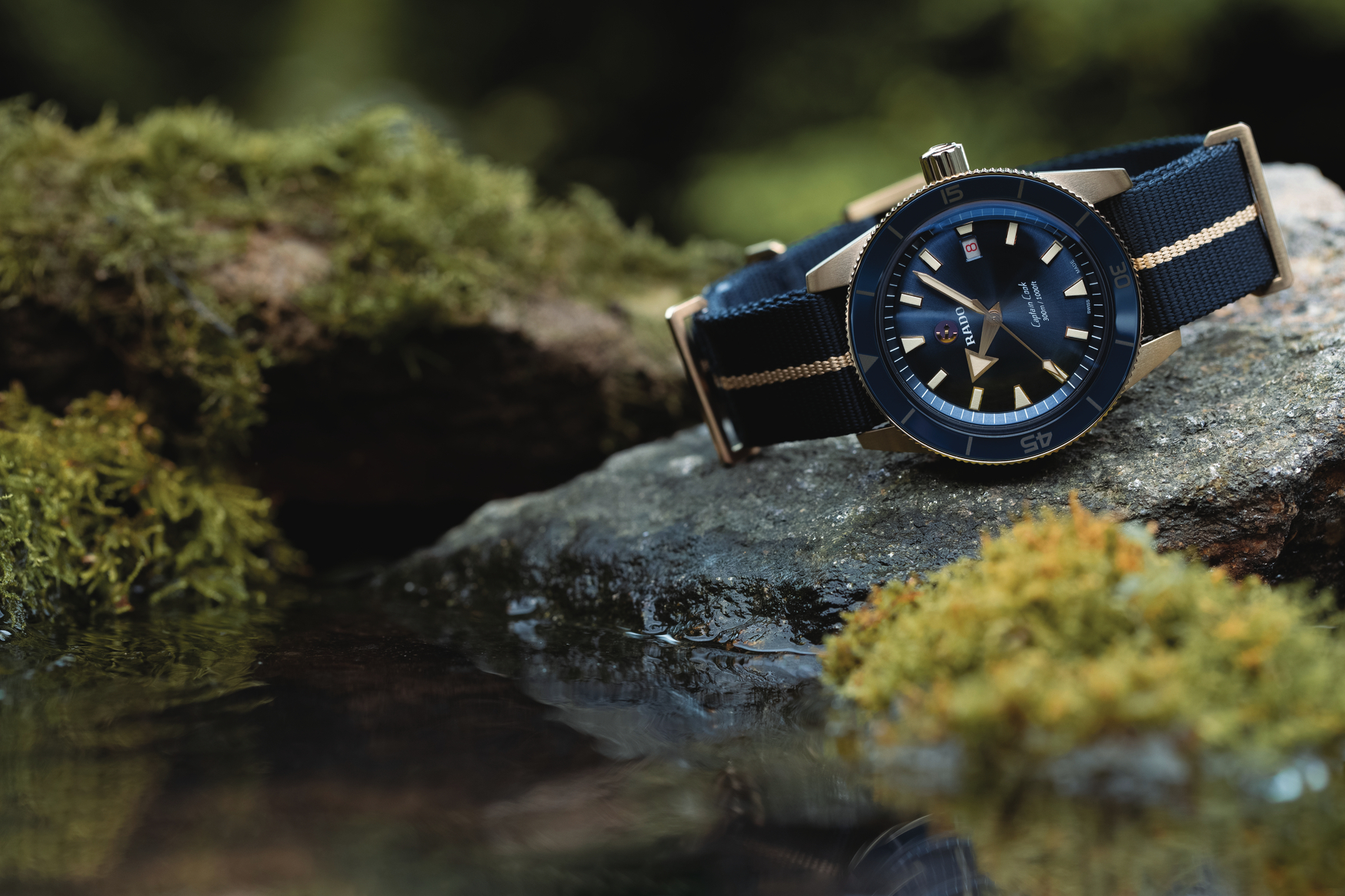 In 2017, Rado made a bold and unanticipated move of rereleasing the model, which surprised watch enthusiasts given that the brand seem to put much more effort into its ceramic watches. Nonetheless, the outcome turned out to be a resounding success. Since then, the Captain Cook collection has grown from strength to strength with more variety of colours, materials and sizes.

With the newest Rado Captain Cook Bronze models, the brand determinedly experiments with a material that is typically used in a diver’s watch: bronze. Depending on how the watch is worn, the bronze changes over time and develops a patina that makes it distinctive from that of other Rado Captain Cook Bronze watches. Besides material (the previous editions in stainless steel) and colour updates, the overall aesthetic of the collection is retained (if it’s not broken, don’t fix it, we say). The 42mm case is brushed and the crown and bezel are polished, while the elegantly sloped lugs allow the watch to wrap well around the wrist. 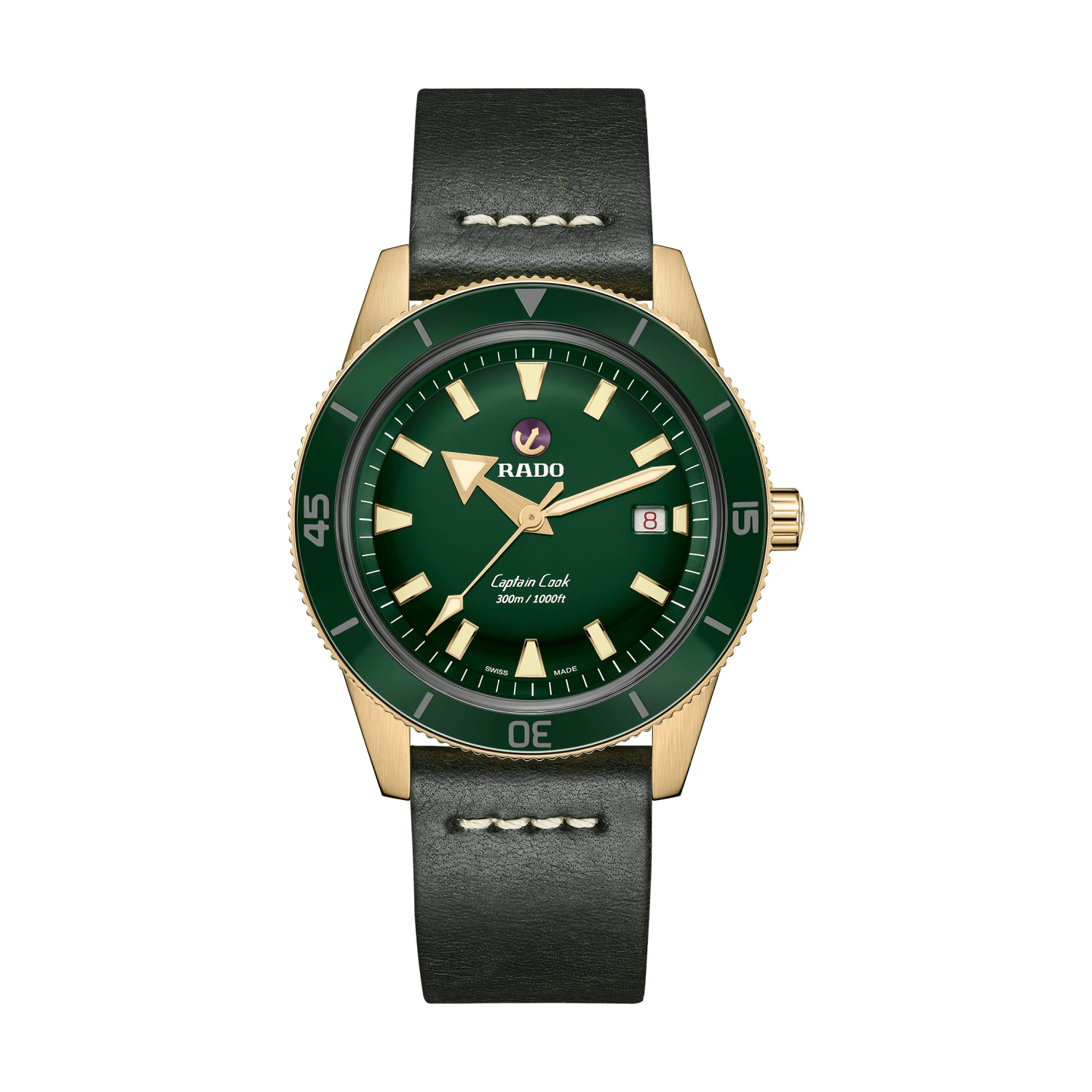 Atop the bronze case is the high-tech ceramic bezel, with laser engraved numbers and markers, angled towards the dial, a design element that is seen across the Captain Cook collection. The bezel is available in three hues: brown, blue and green – that matches the dial colour of their respective references. Featuring a sunray brushed surface, the animated dial comes alive when hit by light. The indexes and hands are filled with Super-LumiNova for better readability in the dark – and last but not least, the iconic rotating anchor symbol is maintained at 12 o`clock.

Under the solid, hypoallergenic titanium case-back featuring three stamped seahorses, the Swiss-made ETA C07 movement offers an exceptionally competitive power reserve of up to 80 hours, not to mention water resistance to 300 metres. The watch is neatly completed with either a leather or the ultra-cool NATO strap.