The best islands for an amazing domestic getaway 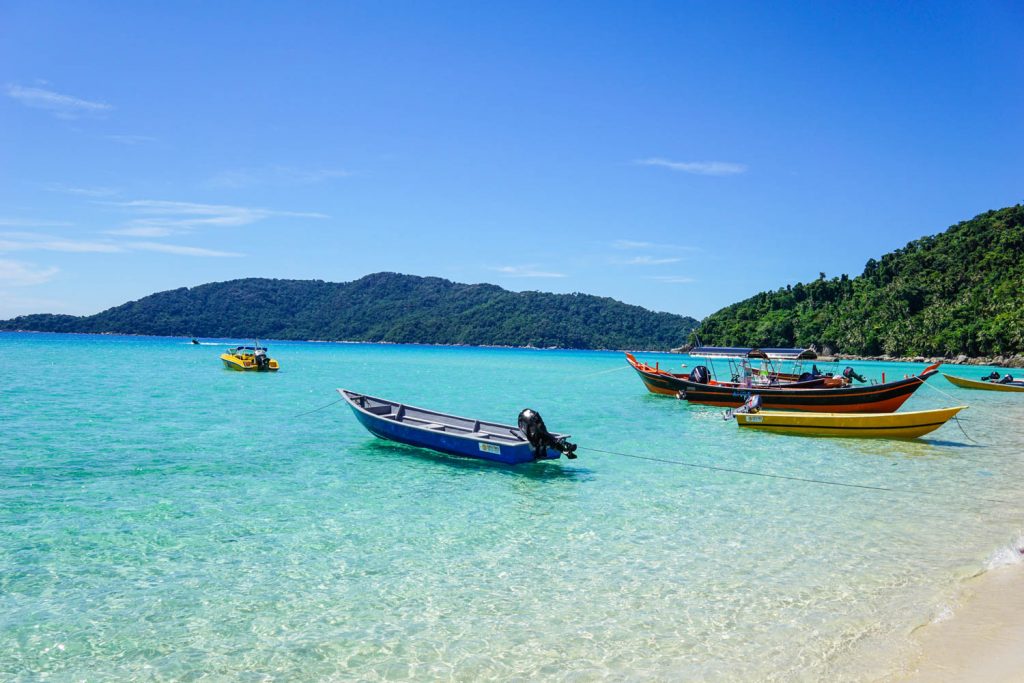 Most countries are separated by physical boundaries – state lines, deserts and bodies of water. However, the divides go far deeper than that, especially when it concerns culture, history, religion and patterns of immigration. In the United States, for instance, the west leads a diverse lifestyle from that of the east coast due to later immigration and warmer weather. The same can be said for many European and Asian countries where people from different regions have different accents and sometimes even physical appearances.

Likewise, in Peninsular Malaysia, there’s a marked dissimilarity between the east and west coast, and this is obvious in how the islands have developed and what they offer travellers.

Peninsular Malaysia’s west coast is densely populated and more progressive. The population is integrated and weather patterns like the monsoons don’t have as much impacts on tourism there than they do at the opposite side. It faces the Strait of Malacca, which is one of the world’s busiest shipping lanes. This also means the water doesn’t have that amazing azure transparency in comparison. Though what it does have are super luxe resorts, interesting history and culture, and the kind of buzz for being more modern and urbanised. 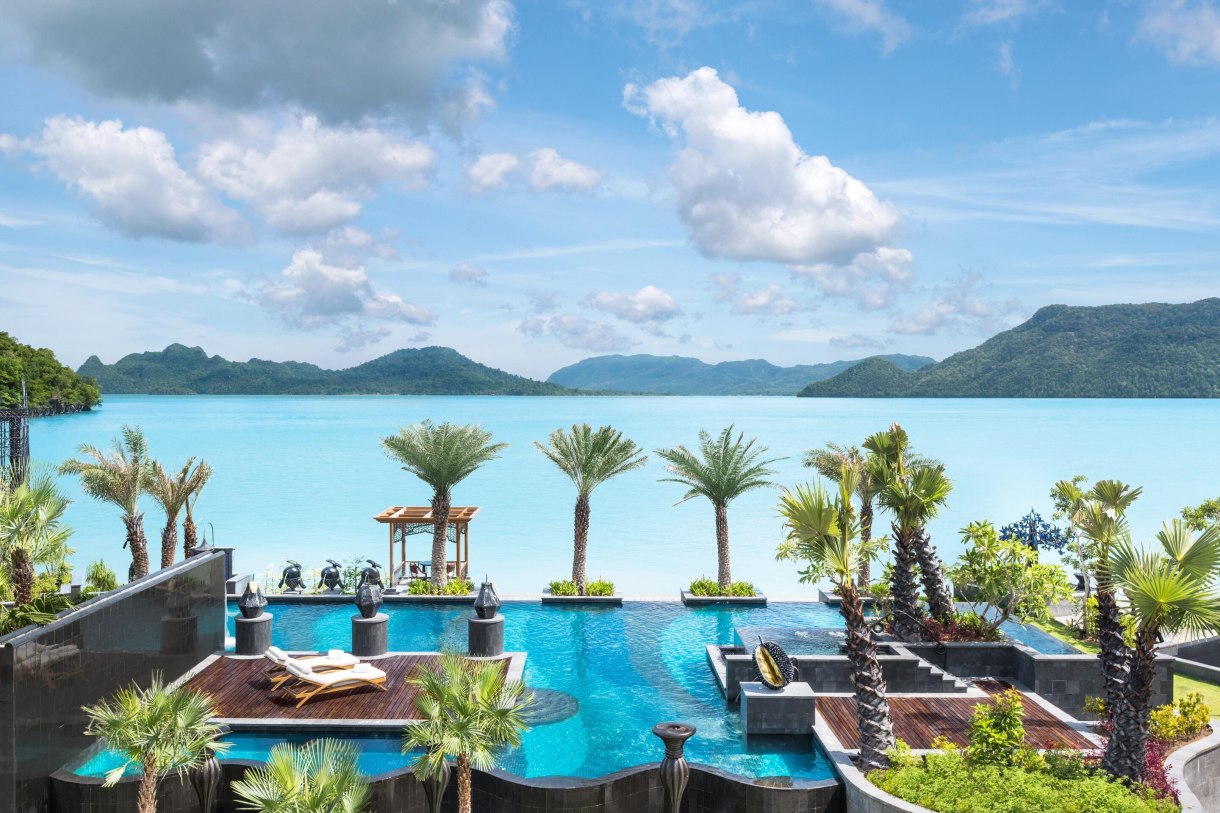 Langkawi is part of an archipelago of 99 islands and still has the ambience of a sleepy Malay village. The sea might not be crystal clear and it can get crowded, but it does come with its own charm and the beautiful beaches, dotted with bars and cafes offering the cheapest alcohol in the country, is very attractive to a large percentage of visitors.

Another big attraction is its UNESCO Geopark, encompassing virgin rainforest and mangroves teeming with wildlife, as well as ancient rock formations with the oldest rising from the seas 500 million years ago! It’s no wonder that hotels like The St. Regis, Four Seasons and The Westin have set up shop there. If a luxury resort isn’t your thing, there are quaint huts on the beach and boutique establishments. 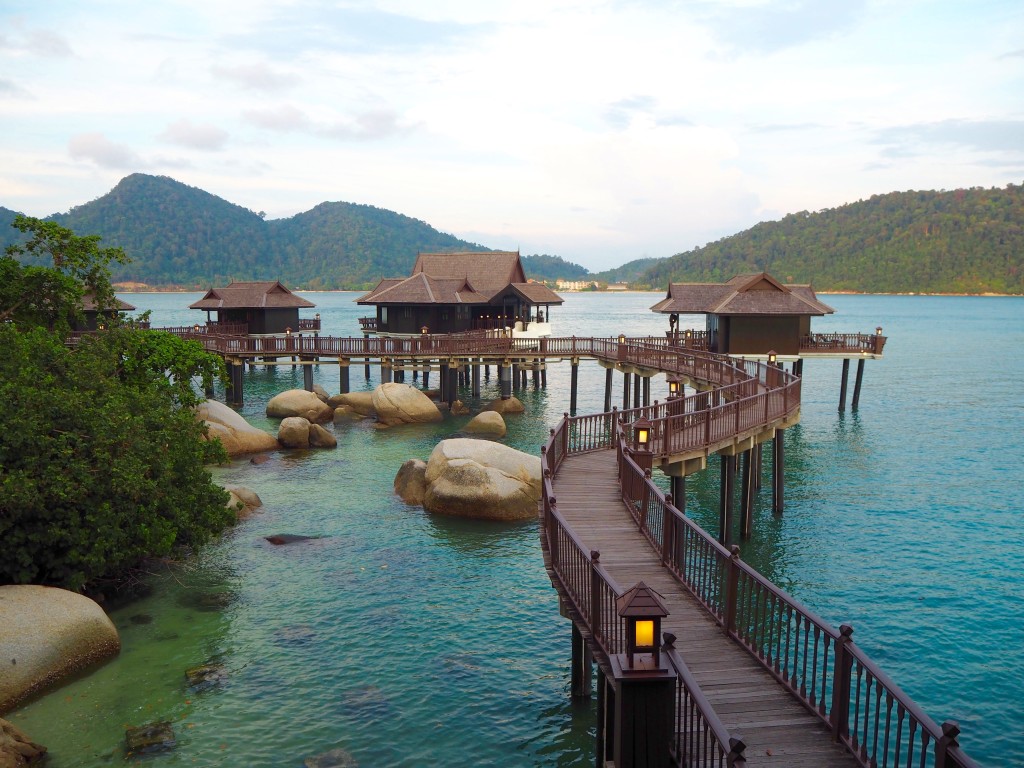 Within easy driving distance from Kuala Lumpur are two islands: Pulau Pangkor and Pulau Pangkor Laut. The larger of the two, Pangkor is a living island with fishing villages and a sizeable population. Pangkor Laut, on the other hand, is privately owned and only has one hotel: the Pangkor Island Resort with its lush chalets built over the water and private beach.

It doesn’t take much effort for this island to leave an impression on you. The visually arresting place possesses a sense of timelessness where life seems to slow down. There isn’t much to do there, which is exactly why people go to stay. It offers visitors a rare chance to live near fishermen and observe their lifestyle and also to simply enjoy the fine beaches and resort amenities. 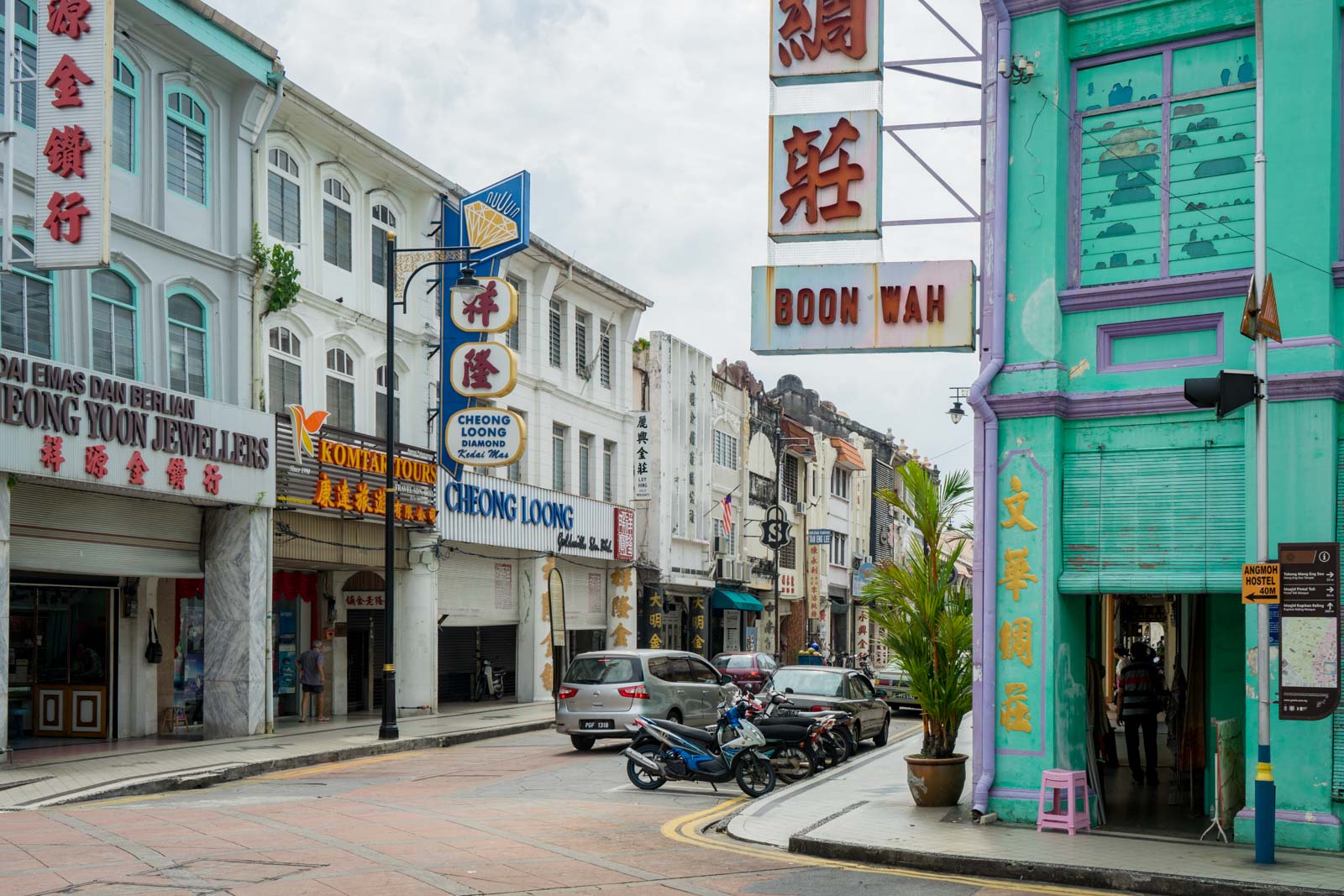 If you’re looking for an idyllic tropical holiday, Penang is not it. However, visitors don’t go there for a typical getaway, they go there to immerse themselves in the vibrant heart of George Town. The colourful capital city’s fascinating history – from the early 17th century trades to being the first British colony in Southeast Asia – has created a destination that appeals travellers from all walks of life.

Stay in a quirky heritage hotel, go on a durian plantation tour, cycle around George Town for a closer look at the funky street art and beautiful old buildings. And in the evening, why not try hitting as many hawker stalls as you possibly can for a fun discovery of new and authentic tastes?

The east coast states of Kelantan, Terengganu and Pahang are conservative. There are no brash big cities; many are living off the land and sea; there’s a genuine sense of community; and rules of modesty play a big part in the way people think. Alcohol is a rare commodity and only served in hotels and on the islands. The monsoon on this coast starts from November to February and can be brutal to the extent of causing the islands to shut down completely.

That being said, the islands are legendary. As soon as you leave the mainland, it feels completely different. The east coast islands, facing the South China Sea and the Gulf of Thailand, are tropical idyll with magnificent stretches of powder white sand overlooking the cerulean sea. Surprisingly the beach bum vibe is strong here considering how the mainland’s like. 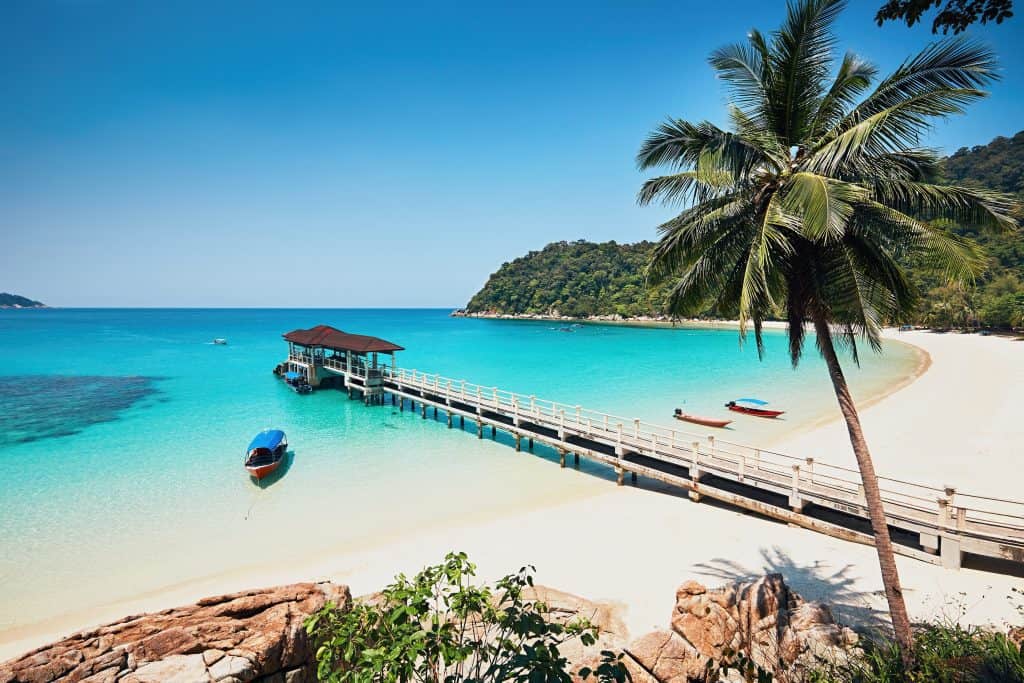 There are two of them here, namely Besar and Kecil – and they’re on every traveller’s list of must-visit islands. These are the stars of the banana pancake trail with their huts, beautiful views, beach bars and dive shops.

The locals remain for the sole reason of perpetuating the business of tourism there. Perhentian Besar is quiet and attracts a mature and family-oriented crowd, while Kecil is popular amongst backpackers. There are about 20 dive sites within a short boat ride of the islands, and if you’re here during the right season, you may even get a glimpse of the whale shark. Green turtles are also known to lay their eggs along certain beaches and sea turtle conservation is practiced (volunteer programmes are available if you’re interested). 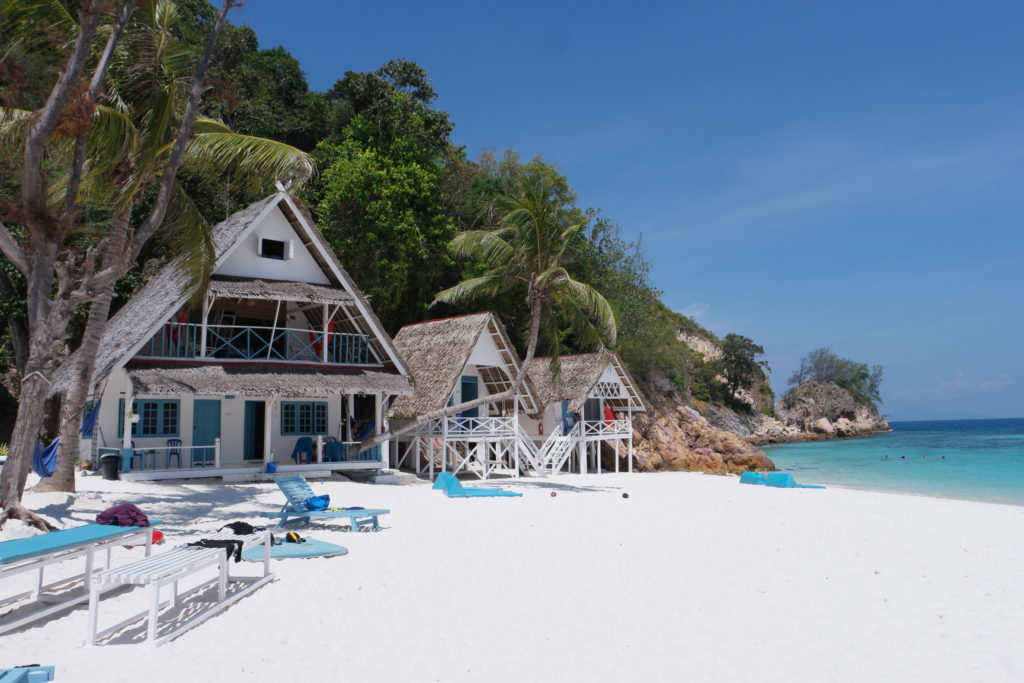 This tiny island is an anomaly and is located on the east coast of the state of Johor, which isn’t actually an east coast state. Privately owned by the Johor sultanate, there are only two resorts there and that means only an extremely limited number of people can visit at the one time.

The island is small, so it won’t take long to explore. There is literally nothing here – no shops, bars, restaurants, dive schools so be prepared. All you can do here is swim, snorkel, sunbathe, take short walks, read a book and nap. The water is super clear, the sand is ridiculously white, and if there was an island that could give the east and west coast a clear division, this would be it. It is truly an unspoilt island oasis of peace and tranquility. 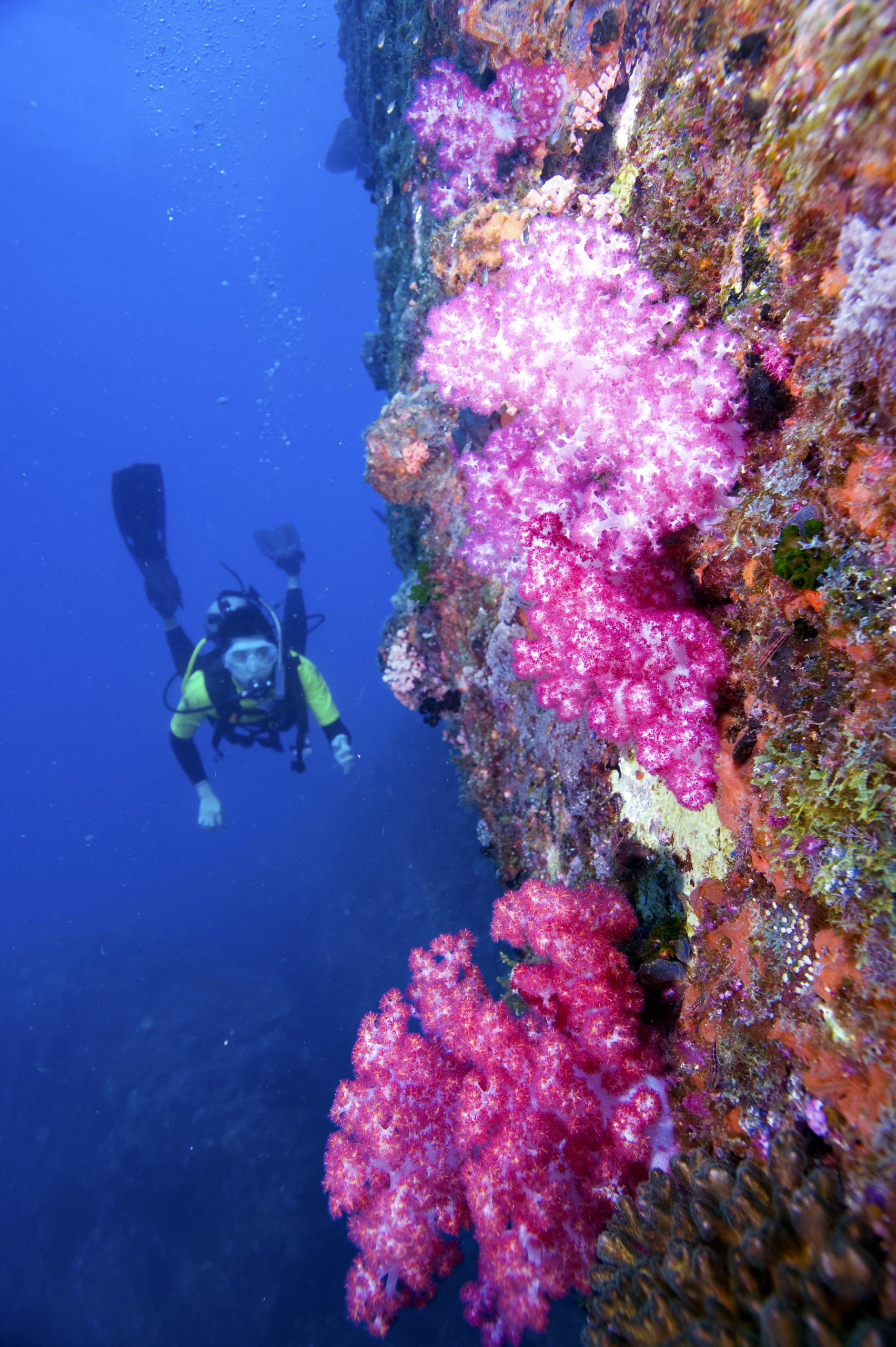 Here for: Diving, getting away from the busy city

A small, underdeveloped island located at the far end of Terengganu Marine Park, Tenggol isn’t on the mass travel radar. Unassuming with stunning view and comfortability, this is the perfect example of an east coast island. There are two beaches on the island: Pasir Tenggara and another located in Telur Ayer Tawar.

Diving is the biggest activity here and the marine life is phenomenal with whale sharks passing by in March, April, September and October as part of their migratory routes. Diving and snorkeling lovers will find untouched coral formations and a great diversity of submerged rocks with tremendous coral growths. Accommodation options are limited and often extremely basic, and nightlife is practically non-existent.

This story first appeared in the August 2020 issue of Men’s Folio Malaysia. Featured image is courtesy of Dive Into Malaysia.


IWC Schaffhausen presents “Born of a Dream: A boy from San Mateo”


Omega and Alinghi team up for a new Speedmaster