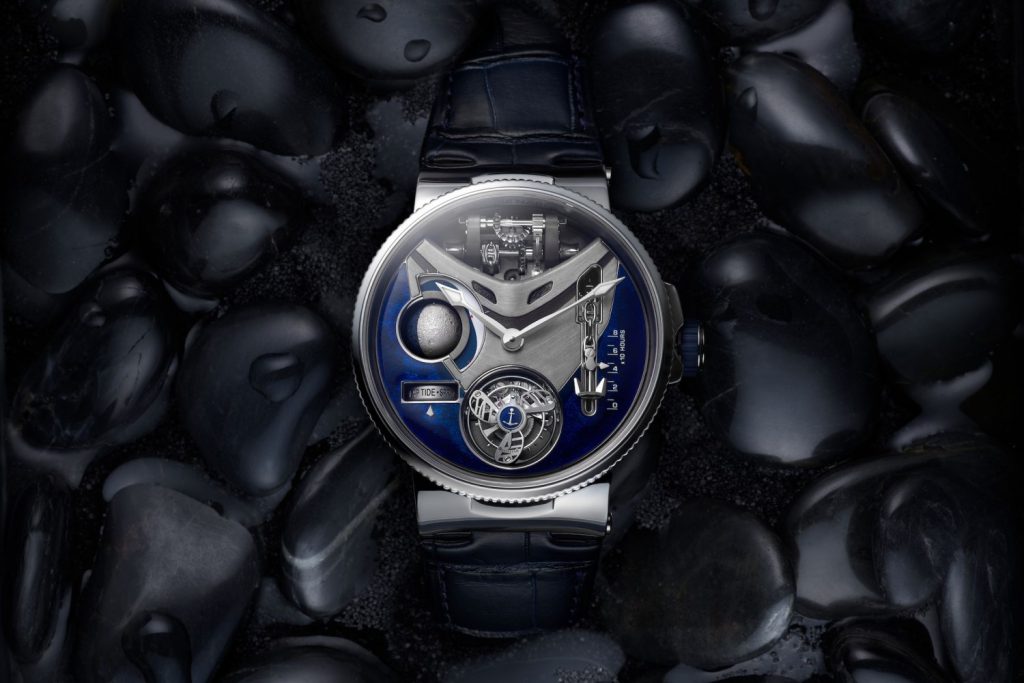 Ulysse Nardin recently unveiled a tourbillon watch called Ulysse Nardin Marine Mega Yacht at the Miami Yacht Show. This is not the first time Ulysse Nardin created a watch inspired by luxury liners. Back in 2016, the Swiss label celebrated sailboats and luxury liners with the release of Marine Grand Deck Tourbillon. Taking inspiration from mega yachts, this new watch is like a breath of fresh air in terms of appearance and complications. 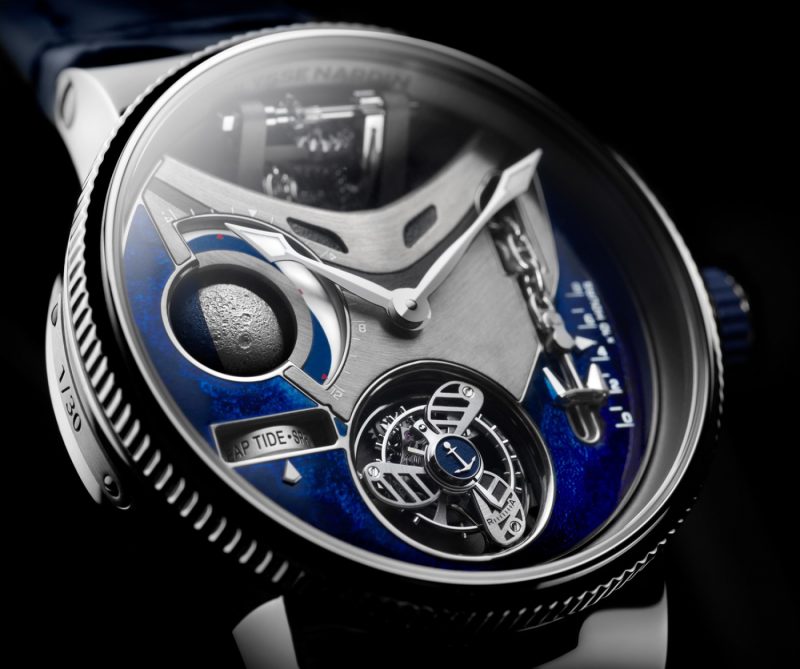 Look-wise, the platinum ship’s bow forms a stunning backdrop for the 3-D blue Grand Feau enamelled platinum tourbillon timepiece at the 12 o’clock position, while the label fixes its patented 80-hour power reserve at the 3 o’clock position which is indicated by a moving anchor connecting to a windlass. Additionally, one particular aspect we love about this piece is the propeller-like flying tourbillon, which isn’t just functional but also give the watch an avant-garde look. 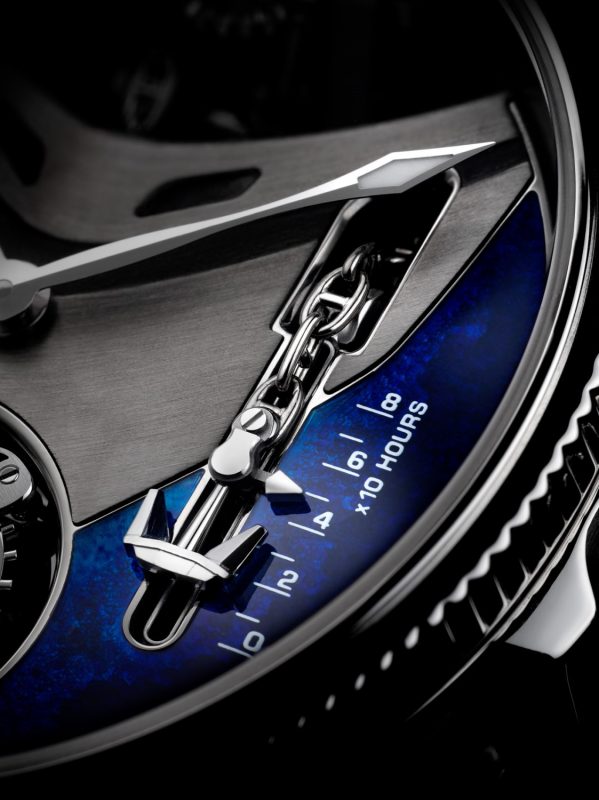 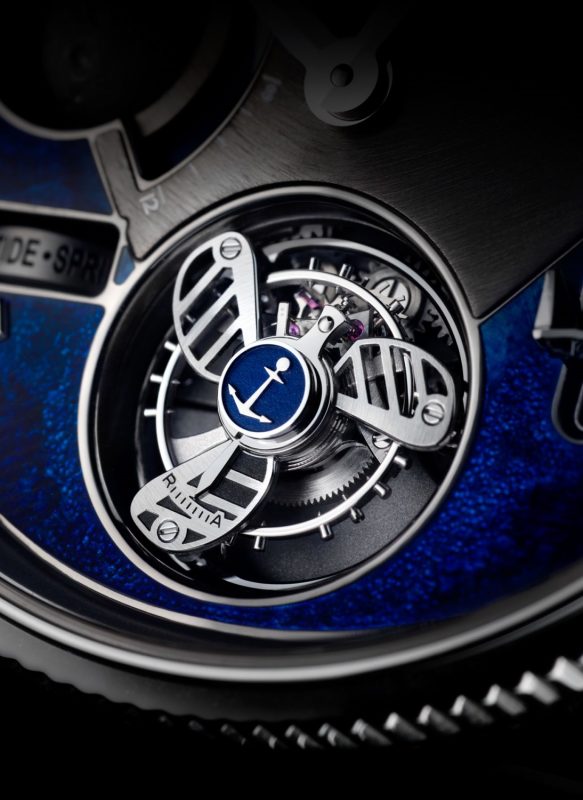 The watch also comes with a moonphase in the form of a 3-D blue-and-silver-glazed globe. The blue PVD finish signifies the period of the new moon, whereas the rhodiumised silver symbolises the illuminating effect of the sun. The tide indicator adjacent to the moonphase completes the masterpiece. Of course, what really give the watch life is its UN-631 calibre which resembles the engines of a vessel. Ulysse Nardin got its top watchmakers and skilled independent watchmaker Christophe Claret to build this yacht-inspired gem. 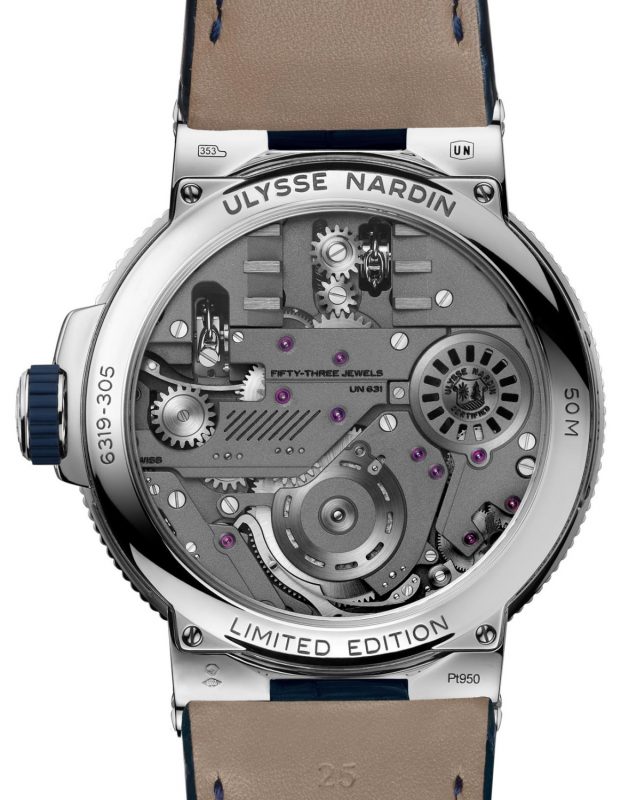 The 44mm Ulysse Nardin Marine Mega Yacht retails at CHF310,000 and is limited to 30 pieces only.