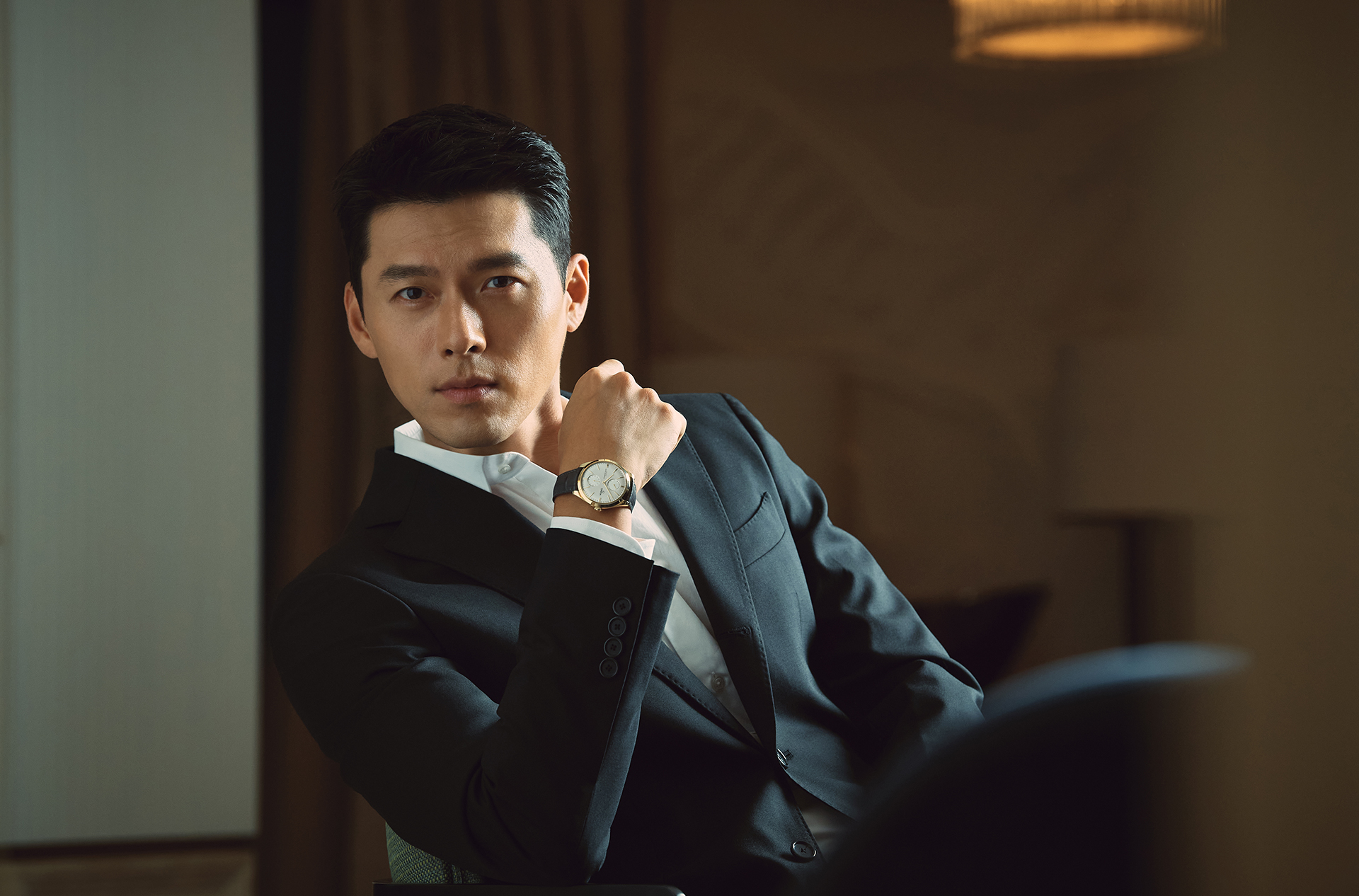 It all started when the Omega Seamaster was divided into two collections in 1957: Seamaster 300 for professional divers and Seamaster De Ville, a sophisticated watch with clean lines and design such as the monocoque case, for the style-conscious gentleman.

The latter was the one that gave Omega a rectangular case watch, with a distinguished stem and crown at 9 o’clock instead of the classic position at 3 o’clock. In 1967, it generated considerable attention and was so highly sought after as well as turning into an IT collection that it dropped “Seamaster” from its name and became a self-standing line in its own right – joining Seamaster, Speedmaster and Constellation as De Ville.

When the first-ever Omega watch to feature just “De Ville” on the dial was released, it well and truly established the independence of the De Ville collection in the family. Like its predecessor with the monocoque case, the watch stood out with a technologically advanced Unicoc case that could be opened only by removing its crystal, not forgetting a gold dial enhanced with polished solid indices with black onyx lines. 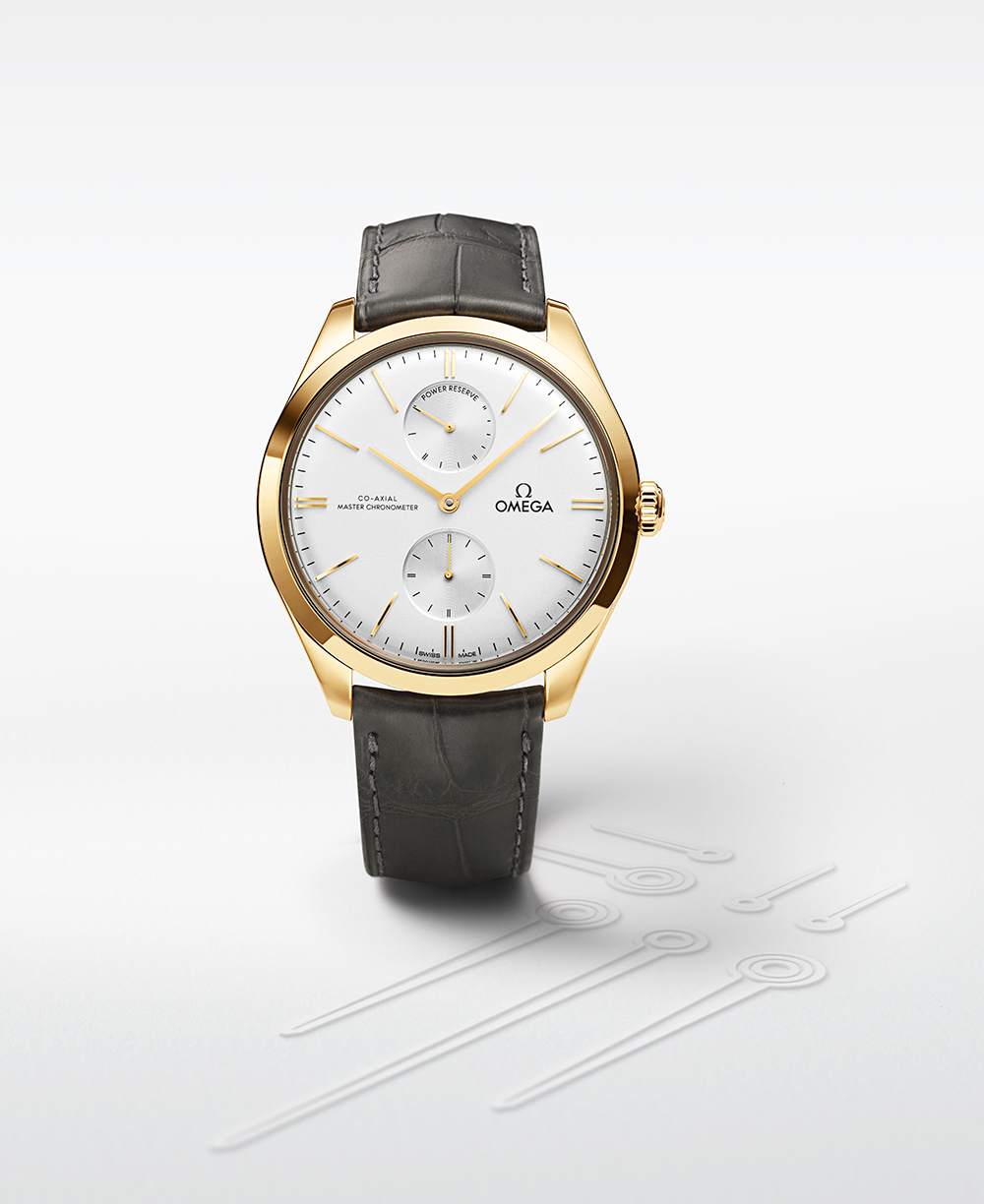 It could be said that it wasn’t until the unveiling of the iconic “De Ville Saphette” ladies’ watch, that the De Ville line began to gain tremendous momentum. Collaborating with avant-garde jewellery designer Andrew Grima, the “Emerald” collection, characterised by the generous height of the emerald-cut crystals, was birthed with many of its models ornated with a cabochon stone on the crown on different newfangled case aesthetics.

The horology realm witnessed the return of classic lines when the De Ville “Prestige” collection was presented at Baselworld, the world’s largest watch and jewellery and gems show, in 1994. Likewise, the unique and bold De Ville Chronoscope Co-Axial Chronograph showcasing an overlapping layout of sub-dials sent shock waves through the industry.

The models include a 44mm GMT version, a 41mm Co-Axial chronograph and the De Ville 4-Counters Co-Axial Chronograph with a dramatic display of the four sub-dials across the dial. Having said that, without compromising its commitment to technology advancement, it stays true to Omega’s traditional design language. 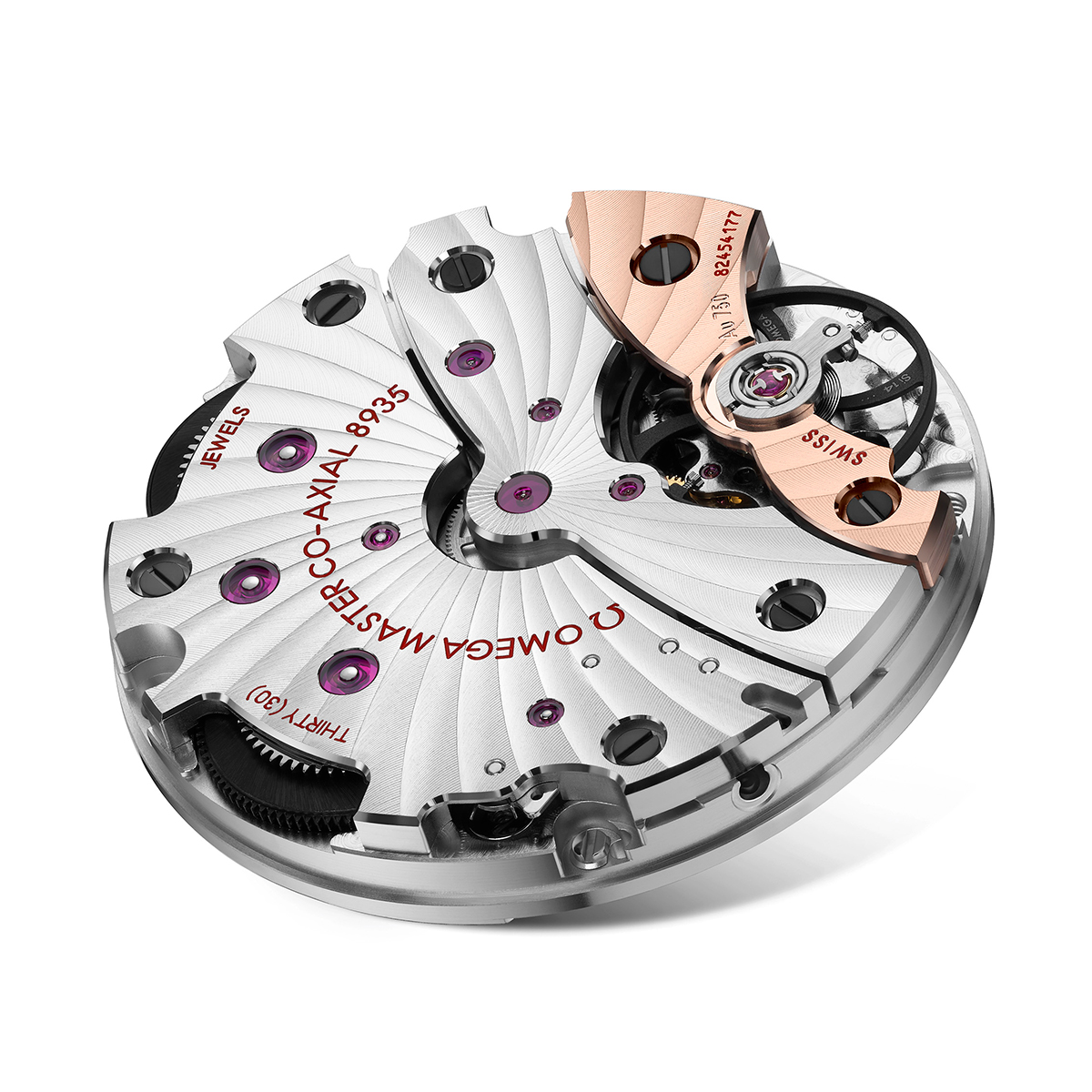 The De Ville collection has been regarded as Omega’s “technology ambassador” and the most notable creation was the 1999 De Ville Co-Axial with the Calibre 2500. Featuring the exclusive co-axial escapement, it was the first real alternative to the classic Swiss lever escapement in over 250 years and demonstrated not only Omega’s extraordinary advances in watchmaking know-how, but also pioneering spirit to the fine watchmaking world.

As the co-axial movements evolved, the collection continued to be the first port of call. Another breakthrough moment occurred in 2007 when Omega commemorated the brand’s first in-house movement, Co-Axial Calibres 8500/8501, housed inside the De Ville Hour Vision models. The watches radiate light from their attractive sapphire glass apertures on the sides of the 41mm cases while the sapphire case-backs put the mechanical brilliance of the movements on display.

That was followed by the release of the fashionably stunning De Ville Chronograph Co-Axial Calibre 9300/9301 with a 42mm 18K red gold case on a black leather strap. The opulent extends to the 18K gold diamond-polished, facetted central hour and minute hands, and applied Roman numeral indexes also crafted from 18K gold.

The name Trésor was first used by Omega over 70 years ago for a simple and thin three-hand watch it created for men. Trésor, meaning “treasure”, wasn’t meant to reference the precious gold case but the legendary 30mm calibre movement.

The good-looking watch masterfully retains Trésor’s legacy for slim design and impresses with the powerful Omega Co-Axial Master Chronometer Calibre 8935, which is certified at the industry’s highest standard of precision, chronometric performance and magnetic resistance. Outfitted with a grey leather strap, the watch boasts a magnificently polished 40mm 18K yellow gold case, along with hands and domed indexes also in 18K yellow gold atop a domed crystal silvery dial, which places a power reserve display at 12 o’clock and a small seconds display at 6 o’clock.

In case you prefer your De Ville Trésor Small Seconds watch with a pop of colour that is rich and warm, the model is also available in a polished 40mm 18K Sedna gold case with a domed burgundy lacquered dial, polished hands and applied domed indexes and a burgundy leather strap. 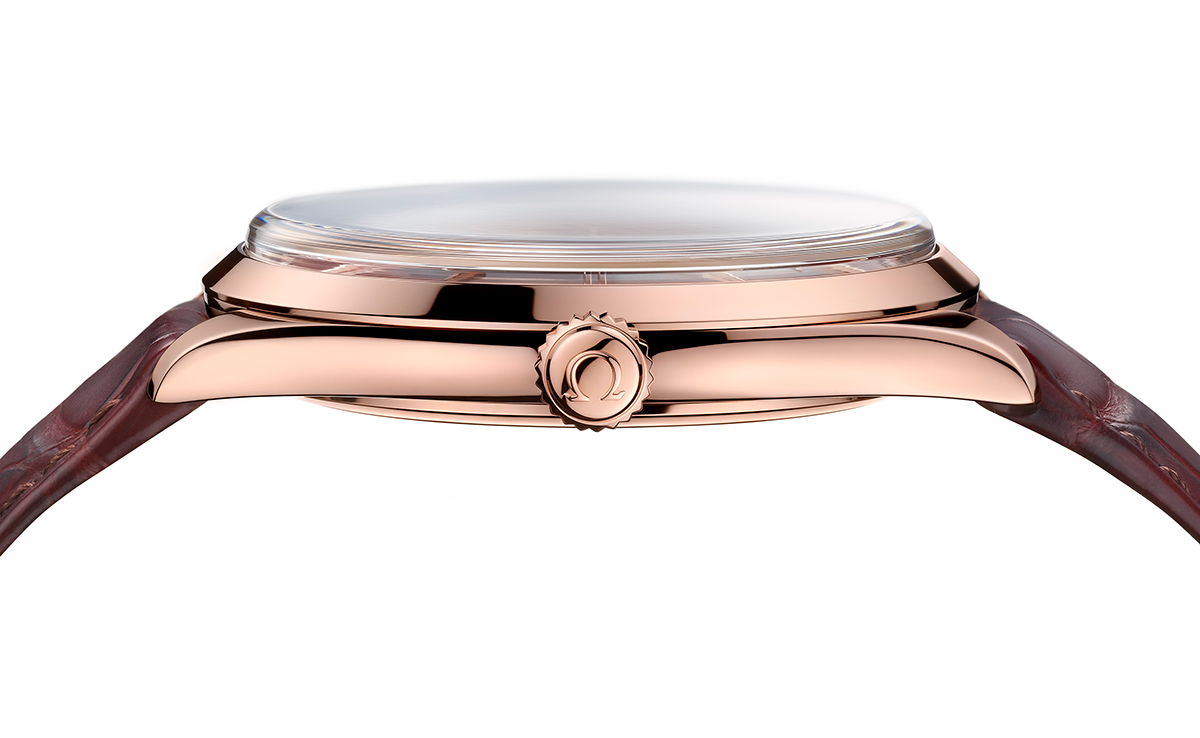 
On The Cover: Jackson Wang fronts our April 2022 issue