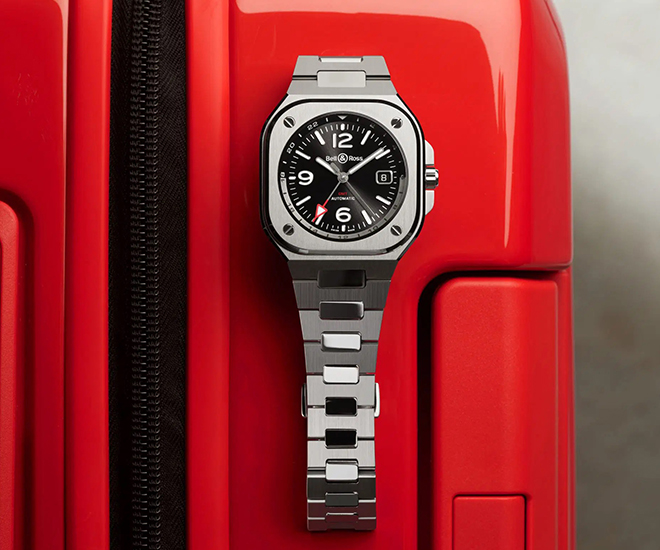 Bell & Ross’s venture into uncharted territories two years ago saw the forgoing of traditional aviation and military codes as they turned to urbanscapes as a source of inspiration for the urban BR05 collection. The storied launch of the flagship model was met with great fanfare as the Franco-Swiss watchmaker presented its take on the now-ubiquitous steel sports watch with an integrated bracelet category.

Bell & Ross’s key square-and-circle geometrical influences are evident in the BR05 — a circular dial display housed in a rounded square case. Its success was marked with a host of versions released under the BR05 family which includes a major 2020 update led by the formidable BR05 Chronograph and a two-tone steel-and-gold execution, on top of the accompanying skeletonised and full-gold versions released in 2019.

The final quarter of 2021 sees Bell & Ross embarking on the next sequel of the BR05 with the launch of three distinct versions headlined by BR05 GMT amongst others.

Coming off the release of the BR05 Chronograph, Bell & Ross added yet another popular complication to the BR05 family with the BR05 GMT. Greenwich Mean Time abbreviated as GMT is a reference to dual-time watches denoted by a fourth hand otherwise known as the GMT-hand to track a second time zone. The complication can trace its roots to the 1950s when it was designed for pilots to track both home and local time zones when crossing multiple time zones.

The GMT-hand is set against a 24-hour bi-coloured ring (either a bezel or chapter ring) to differentiate night and day. Its popularity has since surpassed pilots as regular travellers alike appreciate the functionality of the GMT watch.

Bell & Ross integrated the GMT complication into the BR05 without much alteration done to the original blueprint. The integrated bracelet construction remains, with alternating polished and satin finishes applied to the facets of the stainless steel case and bracelet. A trio of symbolic Bell & Ross colours make an appearance — a predominantly black dial with white coloured indices is punctuated by the red-pointed GMT-hand. The bi-coloured GMT chapter ring makes a discreet appearance with a tonal black and grey approach that blends into its surroundings.

To make room for the reworked automatic BR-CAL.325 and GMT ring, Bell & Ross increased the case dimensions by 1mm to 41mm which sees the BR05 GMT nestled comfortably between the 40mm BR05 and 42mm BR05 Chronograph.

Launched alongside the BR05 GMT are two Haute Horlogerie versions that exhibit boldness and creativity. Diamonds and rose gold are the materials Bell & Ross opted to work with for this exclusive launch as the preciousness of the materials is combined with the utilitarian nature of the BR05.

The resolutely new BR05 Diamond sees 172 diamonds approximating 0.88 carats set into the stainless steel bezel for a dazzling spectacle. Diamonds are set in three concentric circles, extending organically from the dial display to the edge of the bezel. Eleven diamond indices are embedded into the dial — a sunburst treatment further amplifies its elegance.

A matching diamond-set bracelet with 218 diamonds approximating 2.84 carats set into the centre links of the bracelet is the standout option for the BR05 Diamond with a regular stainless steel bracelet or black rubber strap available for those who prefer a toned-down look. 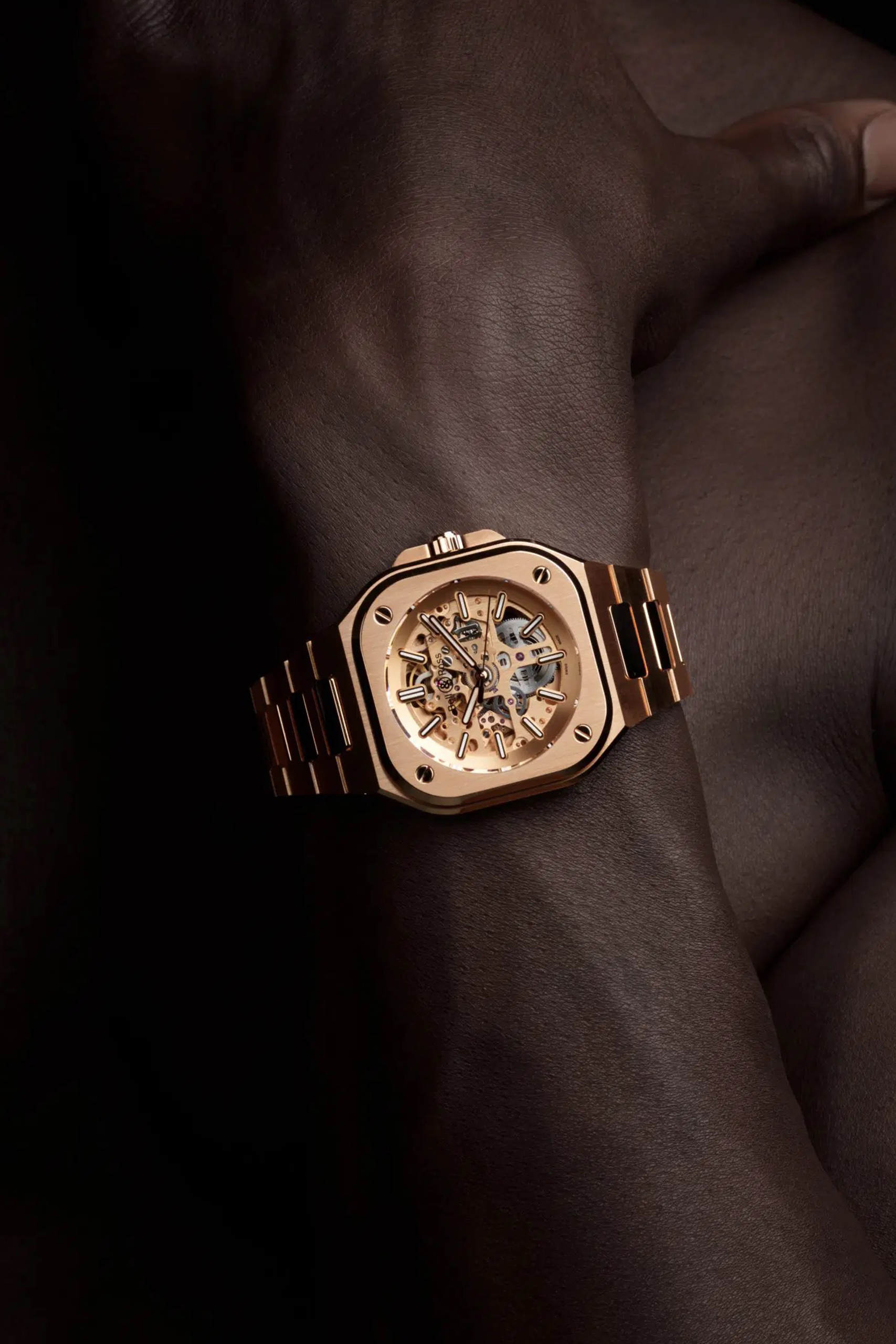 Two existing versions (BR05 Skeleton and BR05 Gold) unify into a single watch as Bell & Ross offers a seductive take on the 99-piece limited edition BR05 Skeleton Gold. Crafted from a monobloc construction, the 18K rose gold case accentuates the polished and satin finishes applied to the case that flows seamlessly to the matching bracelet. A skeletonised dial is the perfect foil for the precious ingot as the engineers at Bell & Ross opted for a graphic and refined-style cut out for the movement bridges and plates to offer a peek into the automatic BR-CAL.322 movement.


The Balvenie holds a sensorial exhibition at Pavilion KL