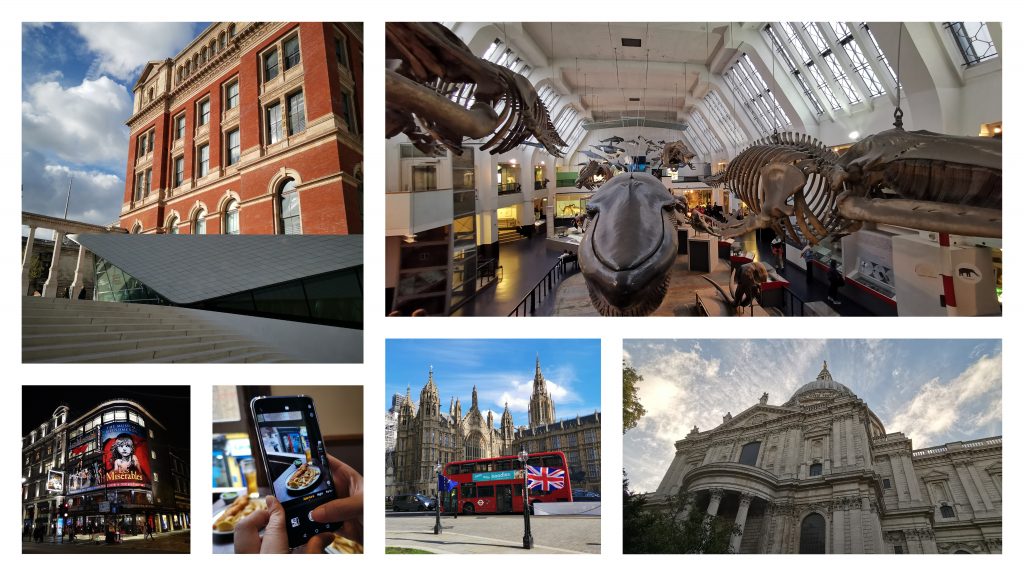 It was a crisp, clear autumn afternoon when I exited the ExCel London Exhibition and Convention Centre. The Global Launch of the Huawei Mate 20 Series had just concluded and I was surrounded by other journalists, all of us discussing Huawei’s latest releases excitedly. I held the brand new Huawei Mate 20 Pro in my hands – after the impressive product presentation, I was eager to discover its capabilities myself. What better way to find out what the smartphone was capable of than taking it on a spin around London? 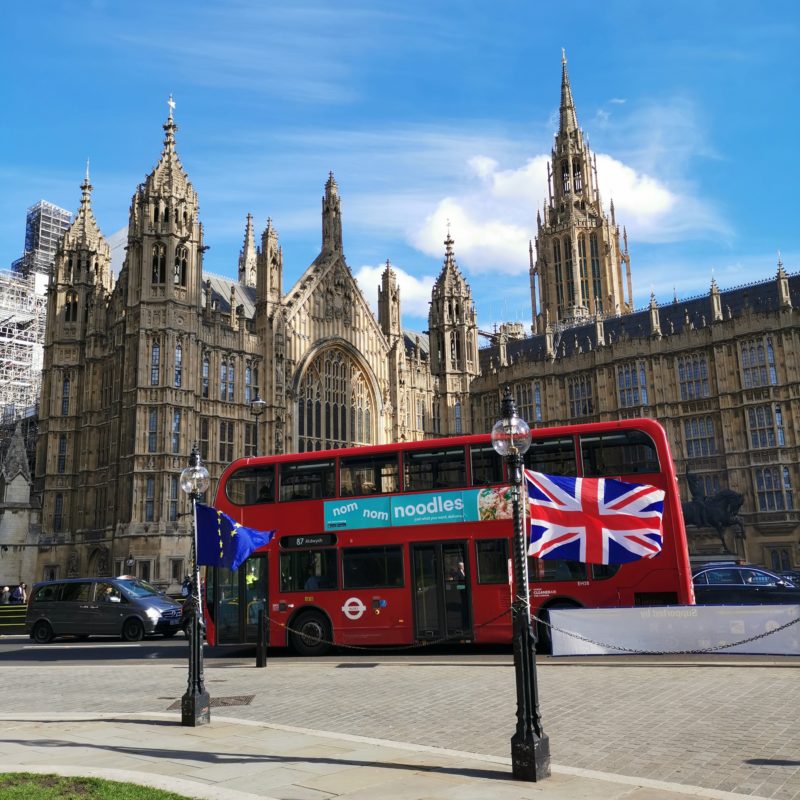 I really enjoy snapping up photos on my phone camera, but I’ll be the first to admit that I’m not a professional photographer. While checking out the camera functions for the new Huawei Mate 20 Pro, I learned that it’s furnished with three cameras: a 40MP main camera, a 20MP ultra wide-angle camera and an 8MP telephone camera. Thanks to the Leica triple camera, I’m able to utilise a broad range of focal lengths (similar to that of a 16mm to 270mm zoom lens). The results? Photos taken on the Huawei Mate 20 Pro are on the same level as those of a DSLR camera. 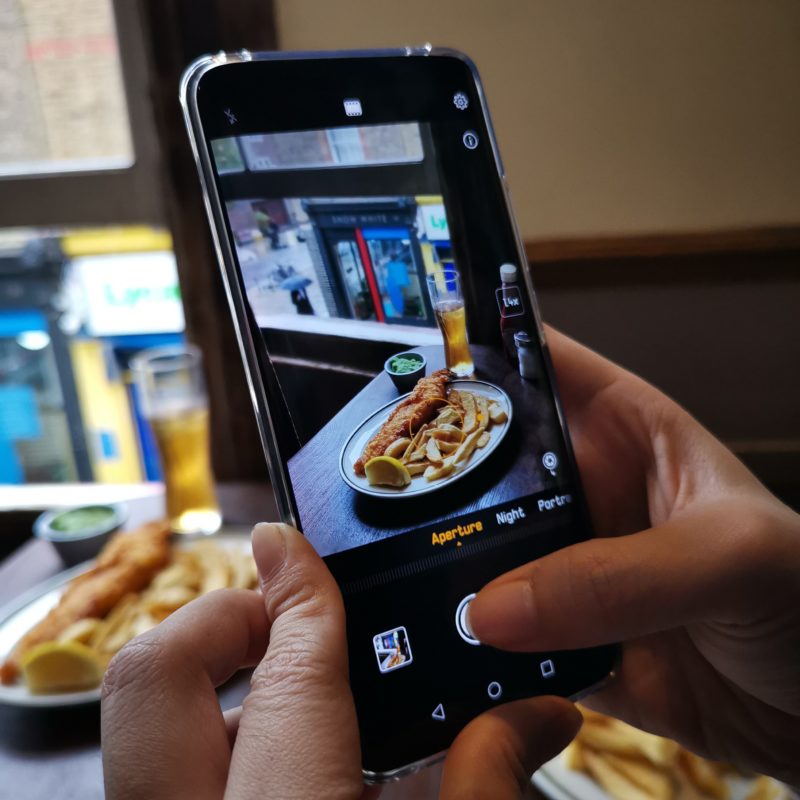 The new Huawei Mate 20 Pro comes with the standard camera settings such as night and portrait modes, but what really caught my attention was the Master AI function. When I turned it on and took some test shots of the street I was at (it was a cloudy, overcast day with a bite to the wind – “Typical London weather,” I’d been told), I was thrilled to find out that the Master AI function adjusts accordingly to natural lighting and environmental conditions. With this camera, it might be impossible to take a bad photo, I thought. 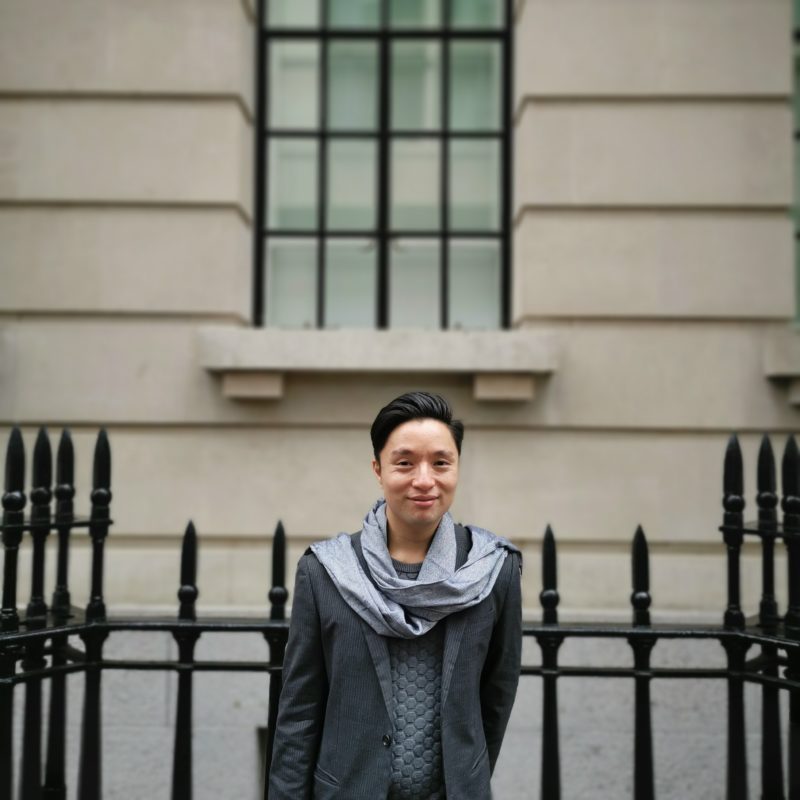 Eager to try out the portrait mode on the Huawei Mate 20 Pro, I took a couple of #ootd shots on a central London street. I’d often seen influencers take similar photos and was wondering if I’d be able to replicate the look and feel of the photos with the new Huawei smartphone. I was delighted with how effortless the entire process was – all I had to do was find a good spot for the pictures, and let the phone take care of the rest. It began to drizzle lightly while we were outdoors, but I wasn’t too worried because the Huawei Mate 20 Pro is both water and dust-proof. 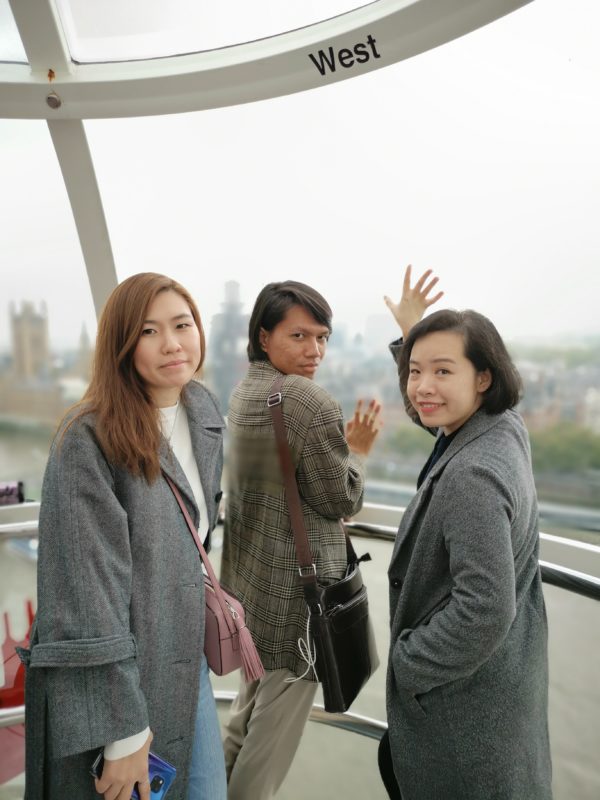 The Huawei Mate 20 Pro’s powerful triple camera offers backlight compensation, allowing you to take photos even when you’re indoors and facing away from windows or light sources. When we visited the London Eye, we were delighted to learn that we could take photos inside the capsule without the heavy use of flash. I’d initially been worried that we’d have to resort to using flash, which often caused subjects to look unnaturally bright while the surroundings faded to a muted black. Instead, the photos we took indoors (against the light) had a soft, balanced look that I personally found pleasing #nofilter. 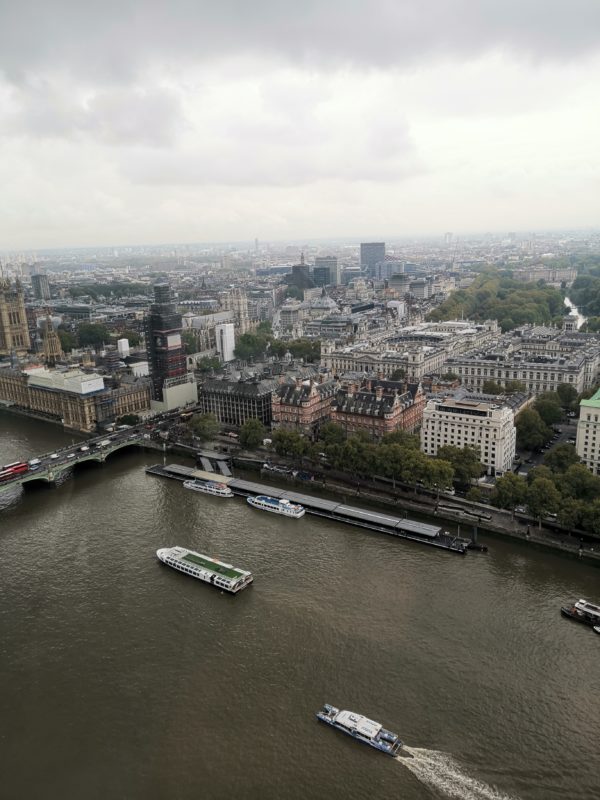 As the London Eye turned and our capsule reached the top of the wheel, we were rewarded with fantastic panoramic views of the city below. I was blown away by how miniscule the gothic spires for the Houses of Parliament appeared from above, as well as the boats scurrying along the surface of the Thames. Realising what a perfect opportunity this was, I began to snap away with my Huawei Mate 20 Pro. Each photo captured the scenery before my eyes; as the expansive London cityscape with its multitude of buildings and the river Thames became immortalised in my photos, I found myself marveling at how crisp and detailed the images were. 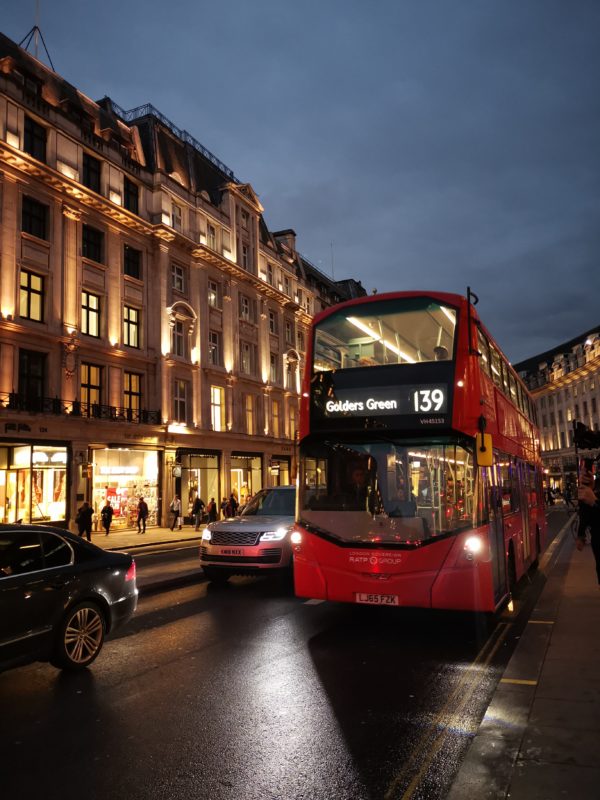 As the sun set, we began to make our way towards Regent Street, home to a number of high-end retailers and fashion brands such as Harrods and Coach. This part of our trip was designated as a relaxed, free-and-easy slot, but I took the opportunity to test out how the Huawei Mate 20 Pro’s camera would perform at night. I was in for a surprise; the night time shots captured the hustle and bustle of London streets without excluding the finer details of the buildings and moving vehicles. 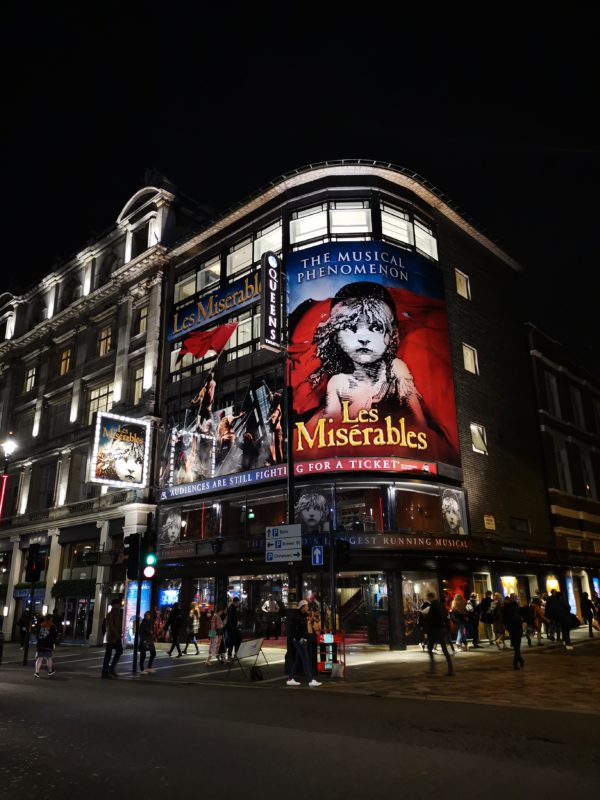 While wandering around London, I found myself at the West End district, home to some of the most renowned theatres in the world. As I took in the bright lights of the billboards, one in particular popped for me – Les Miserables at Queens Theatre. I wasn’t able to check out the legendary musical this time around, but I walked away with a photo – and a mental note to return one day. 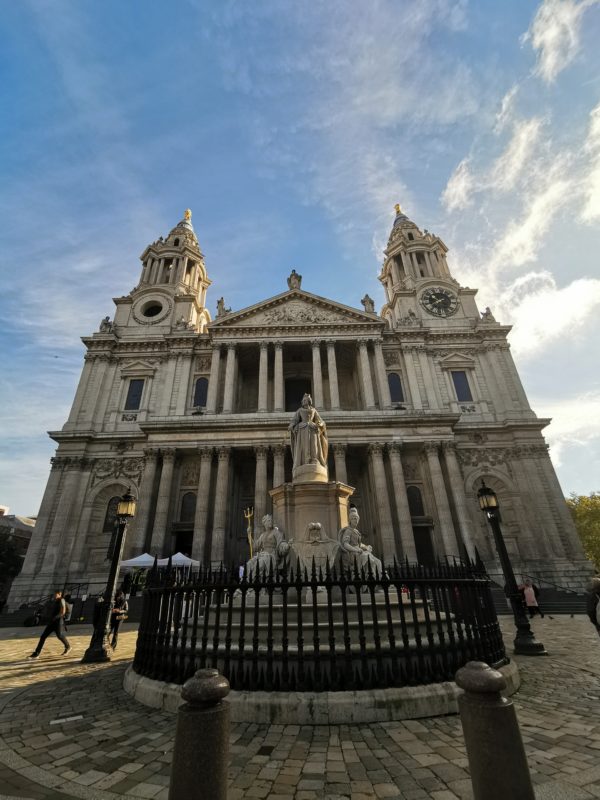 We spent the first half of the next day checking out the historical buildings around London. During the launch of the new Huawei Mate 20 Pro, we’d been told that the new phone also came with a special wide-angle lens function, which allowed us to capture the full details of buildings and sceneries. I got to test out this function while visiting St. Paul’s Cathedral and was amazed with how easy it was to frame in the entire building in a single photo. 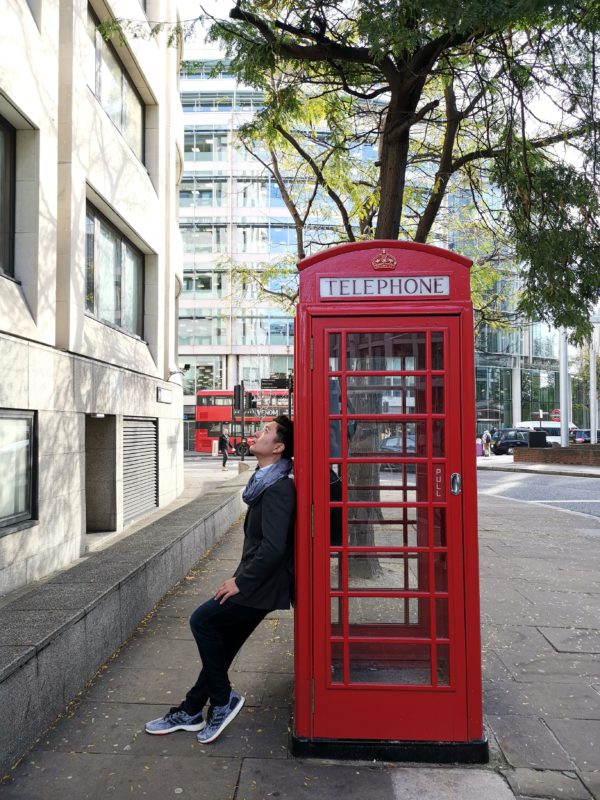 All too soon – before the autumn leaves fell and London gave way to winter – our trip with Huawei came to an end. As we boarded the plane and made our journey back to Malaysia, I realised that I’d made enough memories – and taken enough photos – to last me for a lifetime, all thanks to the Huawei Mate 20 Pro.