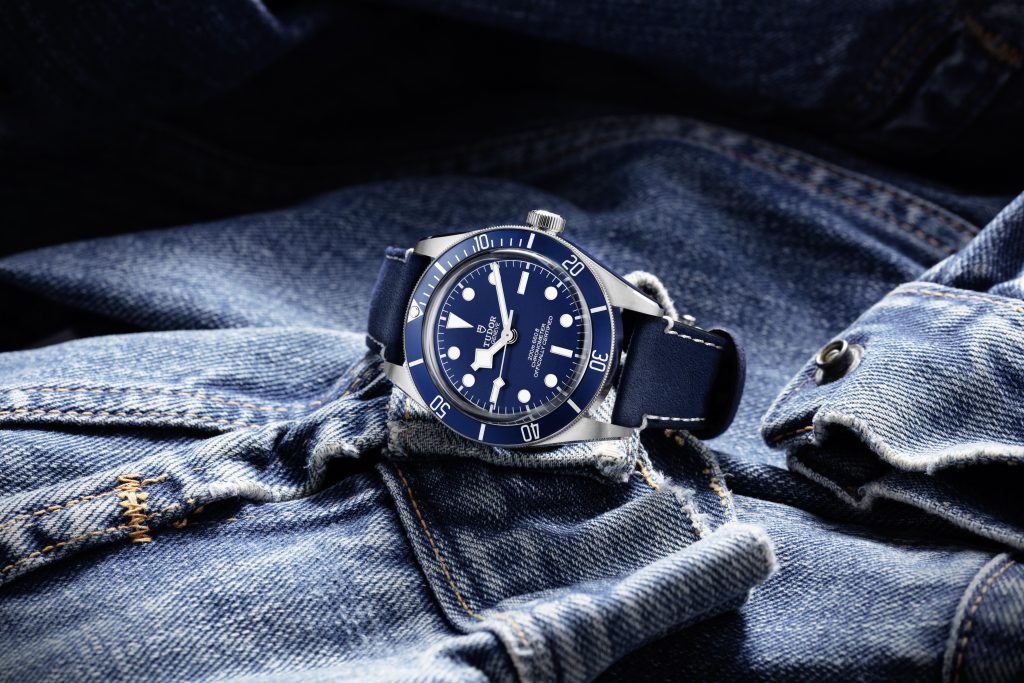 Since the introduction of its completely new (and extremely successful) variant of the Heritage Black Bay watch two years ago, it seems just about time for Tudor to release the Black Bay Fifty-Eight “Navy Blue”. The watch didn’t just get the name from its colour, but also the year 1958 which the first Tudor divers’ watch waterproof to 200 metres was presented. The 39mm diameter, polished and satinbrushed surfaces, screw-crown with the rose logo and domed sapphire crystal are of the same technical specifications as before. Inside, the watch is also powered by the Calibre MT5402 with a power reserve of approximately 70 hours and silicon balance spring. However, the use of dark blue aside, the silver-coated applied indexes and hands are filled with white luminous material, with the bezel following suit with a 60-minute track with silver gilded markings.

It was only early this year when the Omega Constellation Gents’ collection received a major makeover and the watch brand has already launched the larger and sportier Constellation Co-Axial Master Chronometer 41mm. Although it may not be considered a drastic overhaul, the new variants with updated cases, dials and movement are enough to give the watch a fresh look. So what’s new? The case diameter reaches 41mm (from 39mm) with blue ceramic bezel filled with Ceragold; the slimmer hands and indices set atop a blue sun-brushed dial; and the robust Calibre 8900 with anti-magnetic properties and power reserve of up of 60 hours. 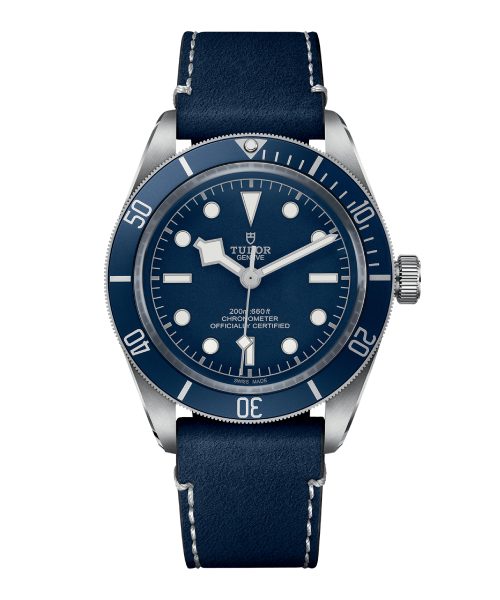 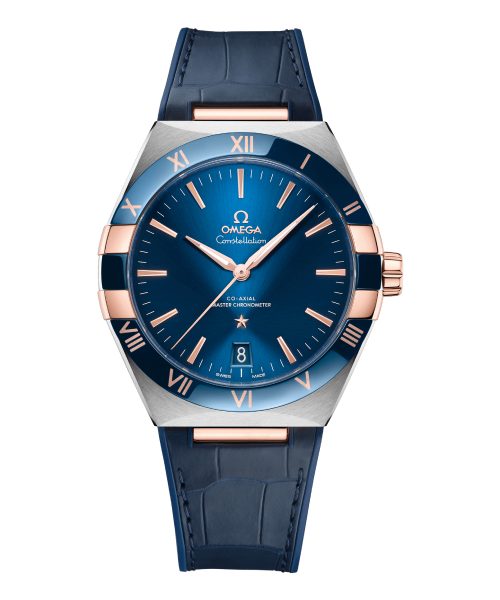 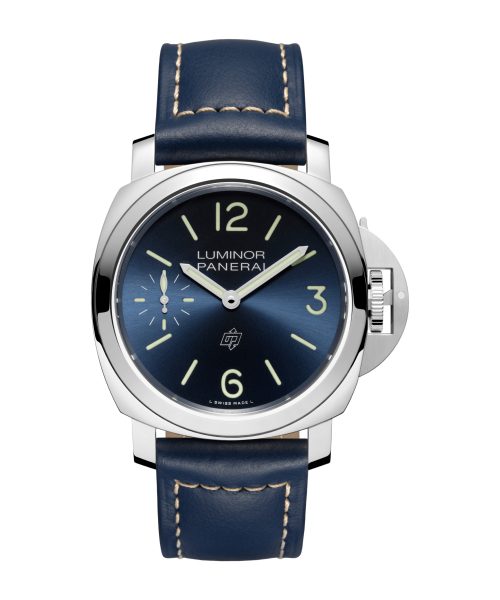 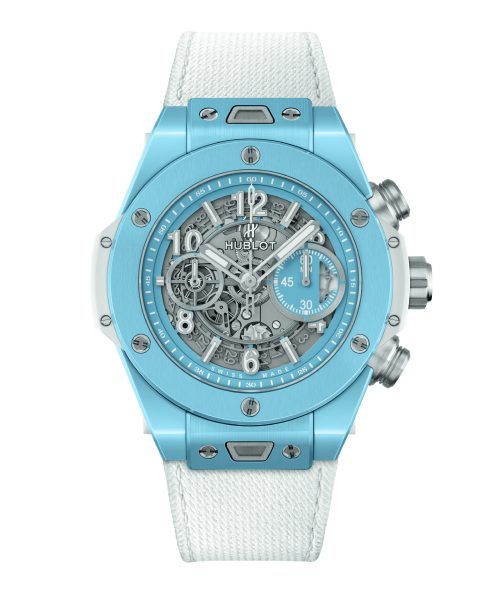 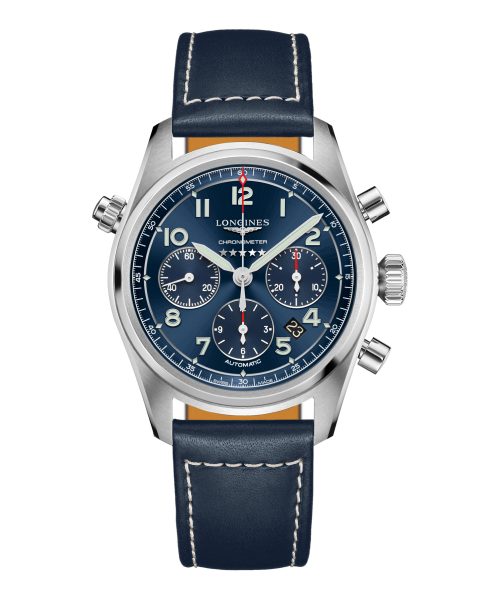 Continuing in establishing its proud marine heritage, Panerai unveiled the Luminor Blu Mare – 44mm, which exhibits a sporty yet sophisticated interpretation on a diver’s watch. It features a blue dial boosted by the satiné soleil decorating technique alongside Arabic numerals and indices as well as hour and minute hands filled with green Super-LumiNova inside a high-performance AISI 316L steel case with the Panerai Screw System. The double arrow “OP” logo, a stylised version of Panerai’s logo that dates back to the 80s, can be found at the 6 o’clock position. Powered by the Calibre P.6000, designed and developed entirely in-house by the Panerai manufacture in Neuchâtel, the Luminor Blu Mare – 44mm is nicely finished with a calfskin strap in blue and secured by a pin buckle in brushed steel.

Not a brand that shies away from vibrant colours for sure, the Hublot Big Bang Unico Sky Blue is a dynamic watch in a vivacious combination of white and sky blue hue. The hefty 45mm ceramic case shows off polished and satin-finished surfaces, with a white central case that adds to it an ultramodern contrast effect. The bold numerals and indices integrated onto the skeleton latticework dial feel a lot more legible compared to the other skeleton chronograph dials. Equipped by the in-house HUB1242 UNICO automatic chronograph flyback movement with column wheel and a power reserve of 72 hours, the watch may not be a diving watch per se but it is still water-resistant up to 100 metres.

Paying tribute to famous sky adventurers such as Amelia Earhart, Paul- Emile Victor, Elinor Smith and Howard Hughes, the new Spirit Collection from Longines’s Heritage line carries watches that are retro-inspired with modern-day aesthetic. Recognisable details such as the oversized crown, the distinct step around the crystal, the legible Arabic numerals on the dial and the large and luminous baton-styled hands are classic elements that of a pilot’s watch from back in the pioneering days of aviation. This chronograph is proposed with a sunray blue dial with a sturdy 42mm stainless steel case. Outfitted with the column-wheel movement Calibre L688.4, it beats at 4 Hz (28,800 vph) and has a power reserve of 60 hours.

This story first appeared in the September 2020 issue of Men’s Folio Malaysia.


Hennessy wants you to cherish precious moments together


Kenzo and WWF come together for wildlife-loving capsule collection