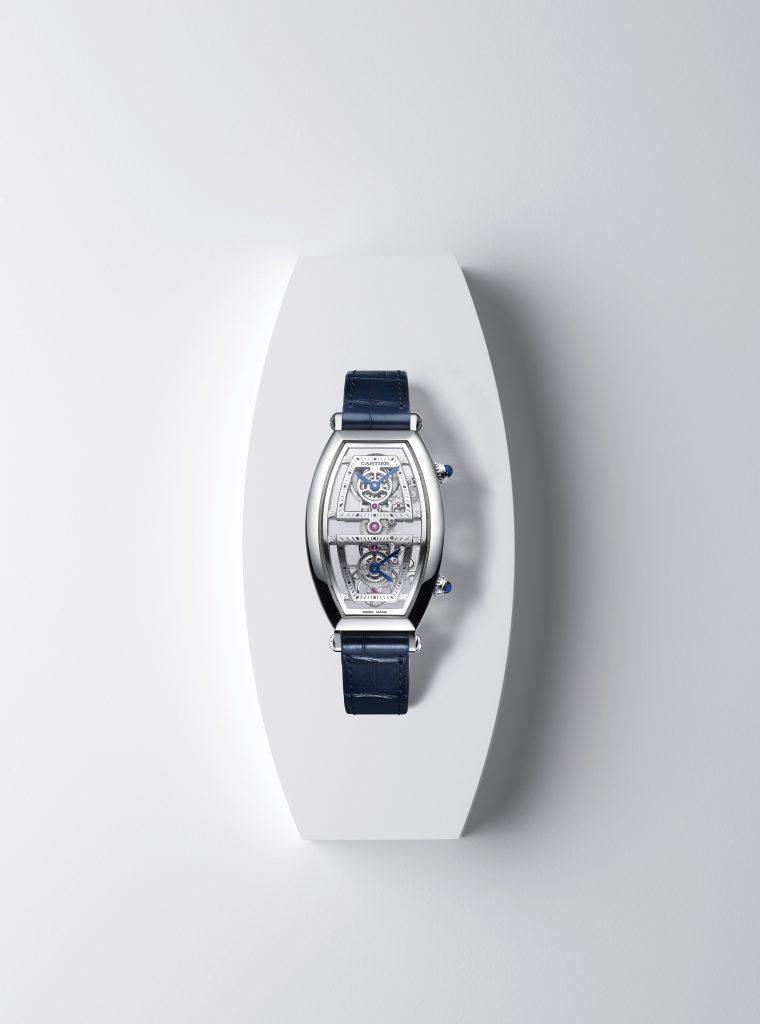 High-tech functions, coupled with immaculate aesthetic credentials, these timepieces hoist the exclusivity of limited edition to a new level. 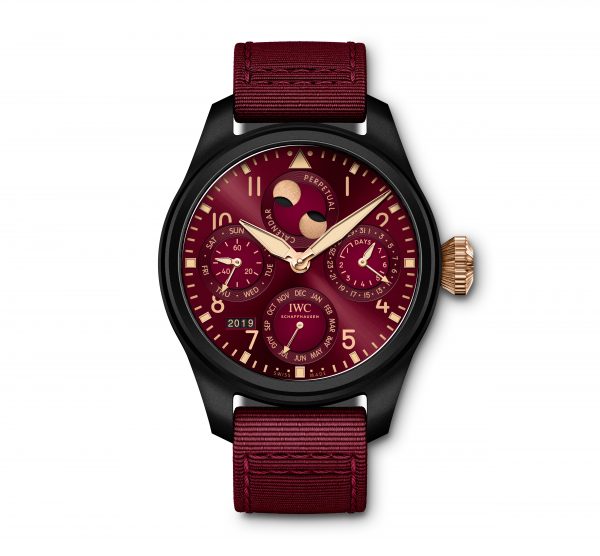 Six-time world champion Lewis Hamilton and IWC’s designers work together to craft the “Lewis Hamilton” Big Pilot’s watch Perpetual Calendar Edition (ref. IW503002). Limited to 100 pieces, the watch combines a black ceramic case and a Bordeauxred dial with a crown and a case-back ring made of 18-carat 5N gold.

“Lewis approached us with the idea of a watch in Bordeauxred and gold,” explained Christian Knoop, IWC’s head designer. “Our starting point was the Big Pilot’s Watch Perpetual Calendar – a favourite model of Hamilton’s, who is also an acknowledged expert in Haute Horlogerie. We decided on a case made of black ceramic with hints of gold and a Bordeaux-red dial and textile strap. This combination radiates understated luxury.”

Inside the large 46.5mm case (with a height of almost 16mm) is the calibre 52615, an in-house movement with Pellaton winding system, which builds up power reserve of seven days, beats at 4Hz and features 54 jewels. 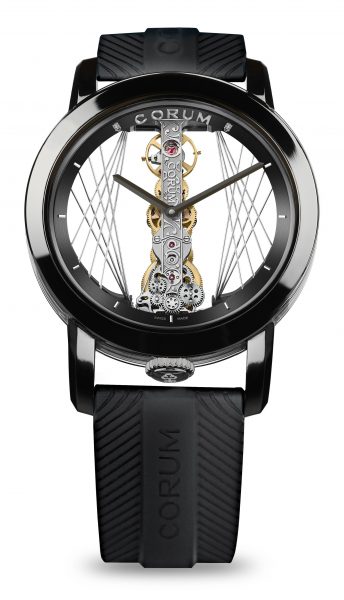 First introduced in the Eighties, it was just a couple of years ago when vertical movement and architecture of the Corum Golden Bridge collection were used in a round case. This is important for the watch brand which place a lot of emphasis on making cases that spotlight the movement as opposed to acting merely as a, well, case.

Limited to 188 pieces, the new Golden Bridge Round 43 Art Deco takes its cue from the largest bridges ever built, including the Millau Viaduct in France, the famous Øresund Bridge that connects Denmark to Sweden, Malaysia’s 13.5km-long Penang Bridge and the Akashi Kaikyo Bridge in Japan. The 43mm titanium case with a black DLC treatment and polished bezel houses the hand-wound, baguette-shaped CO113 movement – which has 19 jewels, beats at 4Hz with a 40-hour power reserve – suspended across the centre from 12 to 6 o’clock that is visible from sapphire crystals. 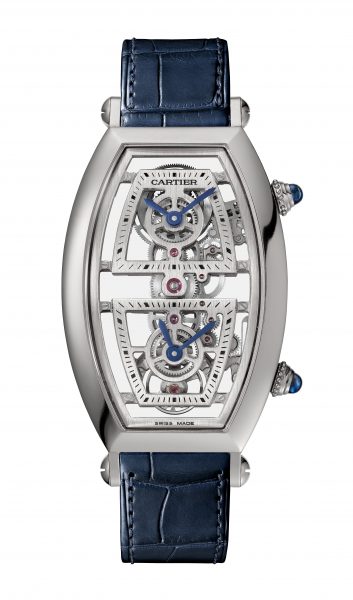 In case you don’t already know, Cartier defied the concept of round pocket watches when it revealed one of its earliest wristwatches – the Cartier Tonneau – in the early 1900s. It was desired by watch connoisseurs, albeit the shape was considered an oddity at that time. Call it whatever you want, Cartier is celebrating the legendary watch shape with a redesigned hours and minutes model and a skeleton dual time zone model.

With this particular one, the Maison honours the Tonneau XL dual time zone watch in the Collection Privée Cartier Paris collection where every iota of technical mastery is put in the service of aesthetics. Not only does the gear train have to be aligned between 12 and 6 o’clock to maintain the curved contours of the case, but the two time zones are linked to create an impressive display of time. Come in 100 limited and numbered pieces, the skeletonised 9919 MC calibre can be admired both from the front as well as from the back of the watch. 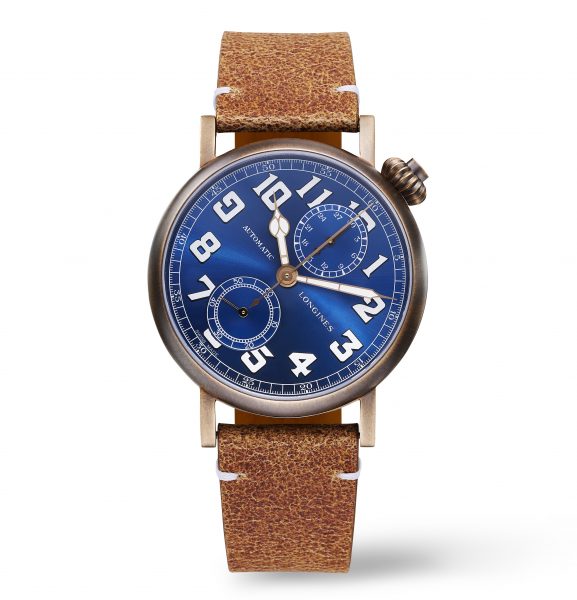 When one horology great celebrates the anniversary of another, you can usually expect there to be at least one – or two – exceptional releases. And that’s how Longines commemorates The Hour Glass’ 40th anniversary. The two special Longines Avigation Watch Type A-7 1935 – The Hour Glass Limited Edition models in limited and numbered series of 40 pieces feature various chronograph functions which can be operated by pressing the single push-piece set in the fluted crown.

Within the 41mm bronze case (a material famed for forming natural patina that makes each piece unique in their own way), the sunray champagne or blue dial is turned at 40° to the right with large yellow or white Arabic numerals that stand in striking contrast to the face respectively. The beating heart of the Longines Avigation Watch Type A-7 1935 is the self-winding L788 calibre, a column-wheel movement developed exclusively for Longines.

The watch is fitted with a brown calf leather strap with an extension that allows it to be worn over the sleeve of an oversized pilot’s jacket, and a brushed stainless steel buckle coated with pink PVD. Although the polished titanium case-back doesn’t allow any peeks, it features a commemorative engraving that reemphasises the exclusiveness of the watch. 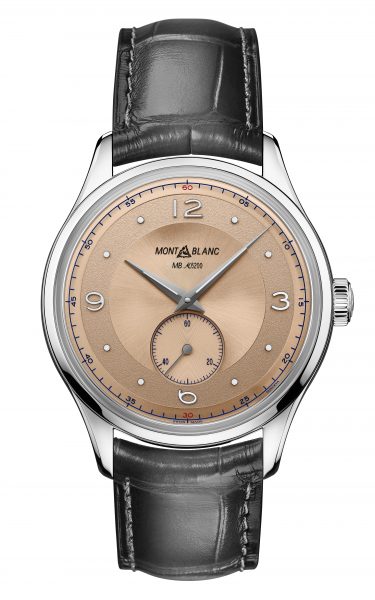 Looking for a real collector’s watch? A limited edition of 38 pieces, the Montblanc Heritage Small Second Limited Edition 38 might be it. The watches are integrated with the 38 movements discovered from Montblanc’s Minerva workshop in Villeret in the Swiss Jura Mountains.

Found in a hidden box in the archives of the Minerva manufacture, they are original manually wound Minerva MB M62.00 calibres from 2003. The movement, a monopusher chronograph inspired by a Minerva movement from 1948, features a large balance wheel beating at a low traditional frequency of 2.5Hz, allowing an ample moment of inertia.

It also comes with a complicated double adjustment system that improves accuracy. Featuring vintage design (such as the 39mm stainless steel case with curved horns and a domed box-shaped sapphire crystal glass), the two-toned, salmon-coloured dial gets plenty of attention. And for the very first time, the tiny Minerva logo graces the dial in the form of a secret signature behind the chapter ring between 4 and 5 o’clock – and hence making this limited edition even more special.