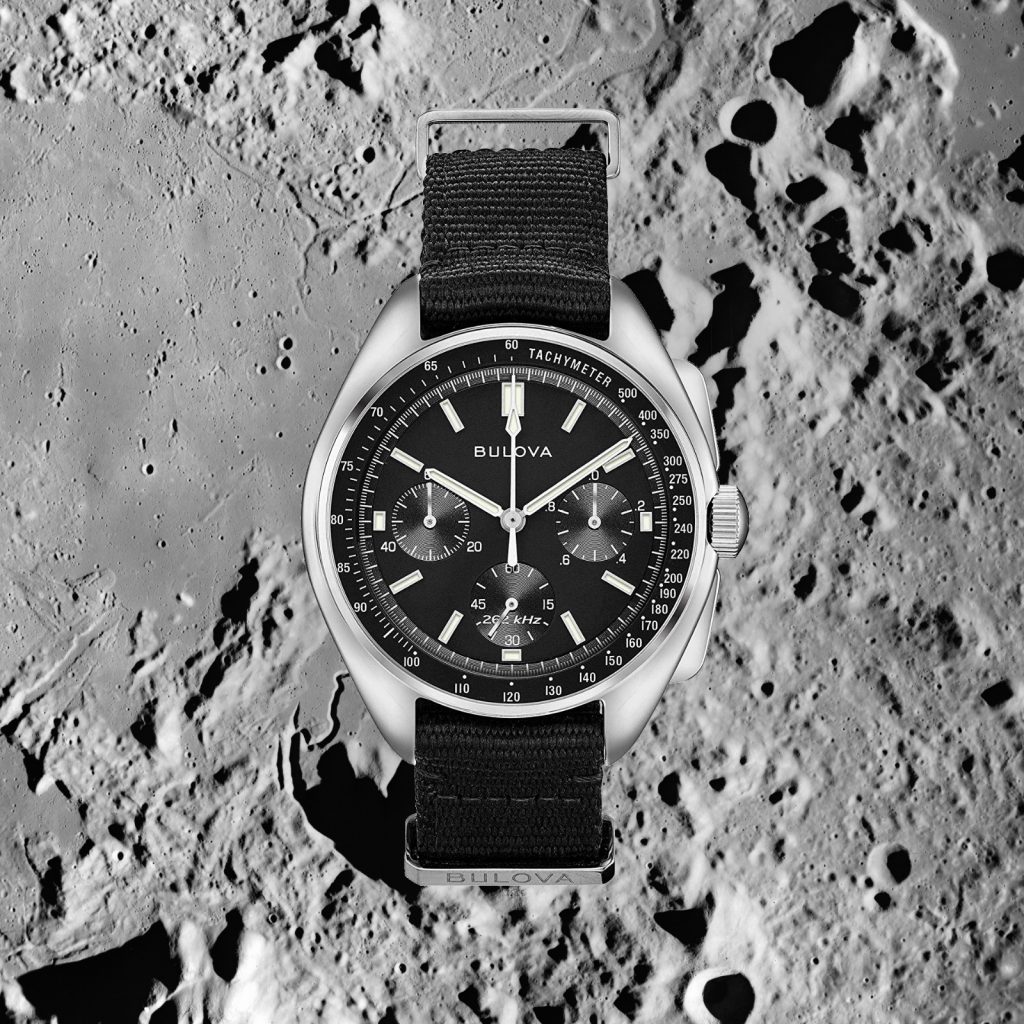 From revolutionising standardised production of watches and developing the first fully electronic watch with proprietary tuning-fork based technology which simultaneously made it the most dependable watch in the world to advancing in the sporting field with the Prototimer to transforming transportation through collaborations with Charles Lindberg and on 46 NASA space missions, the breakthroughs of Bulova throughout the years have gone above and beyond the world of horology alone. 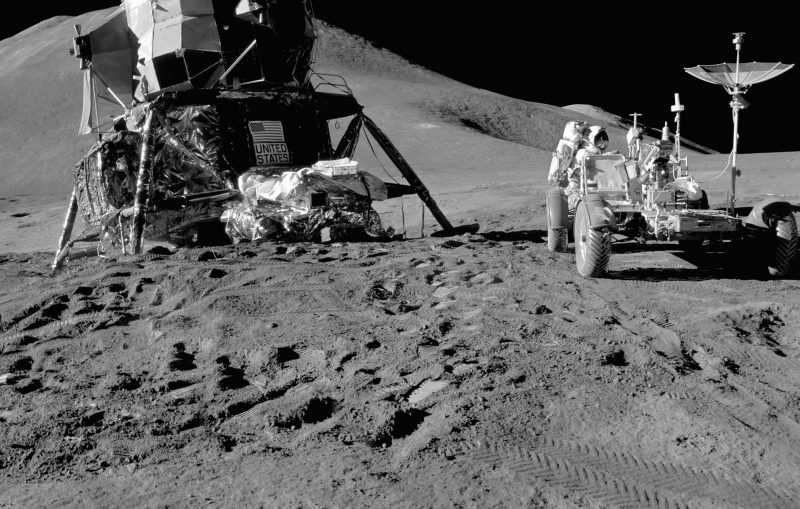 As a testament to Bulova’s dedication to be first, the infinitely accurate Precisionist collection with a non-stop sweeping second hand was introduced close to two decades ago. In 2016, it changed the face of the industry (quite literally) with the Curv collection, featuring the world’s first curved chronograph movement. Today – owned by Japanese conglomerate Citizen Watch Co. – Bulova continues to operate on identical core principles set by its visionary founder. Following the footsteps of Joseph, the watch brand dictates its own standards and rules while breaking norms along the way to achieve the extraordinary.

On 1969 the watch brand made history – and this year, operated by a high-performance quartz technology with 262 kHz vibrational frequency for precise accuracy, the new Bulova Special Edition Lunar Pilot Chronograph 96A225 features Super-LumiNova hands and markers, black tachymeter and dial within a 45mm 316L stainless steel case with a black NATO-style, nylon fabric strap. This sophisticated watch is fitted with an anti-glare sapphire glass that efficiently protects the mechanism. 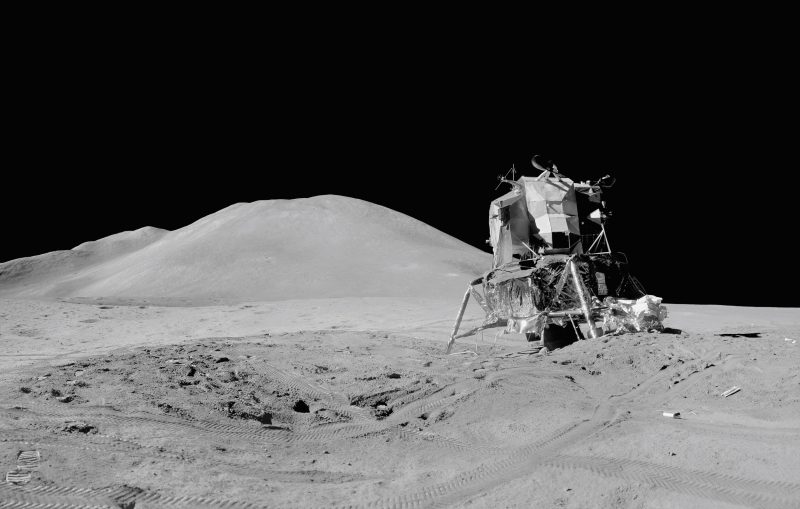 What is special about the Bulova Lunar Pilot collection?

Bulova core principles of “craftsmanship, innovation and technology” lead us to develop the first fully electronic watch Accutron with proprietary tuning-fork based technology in 1960 making it at the time the most accurate watch in the world.

Bulova’s legendary engineering expertise for accuracy was tapped by NASA to help with the US space effort. The active partnership lasted from the mid-1950s into the 1970s. Our innovative Accutron tuning fork movement – which could work in low-gravity conditions – was used in all instrument panel clocks and timekeeping mechanisms in Apollo spacecraft on 46 NASA missions.

During the historic July 1969 moonwalk, a Bulova ultrasensitive, precision timer was a crucial part of the seismometer placed in the Sea of Tranquillity to conduct scientific experiments and transmit critical lunar data. Likewise, the original Lunar Pilot chronograph watch was part of those space project and supported astronauts in US space development. 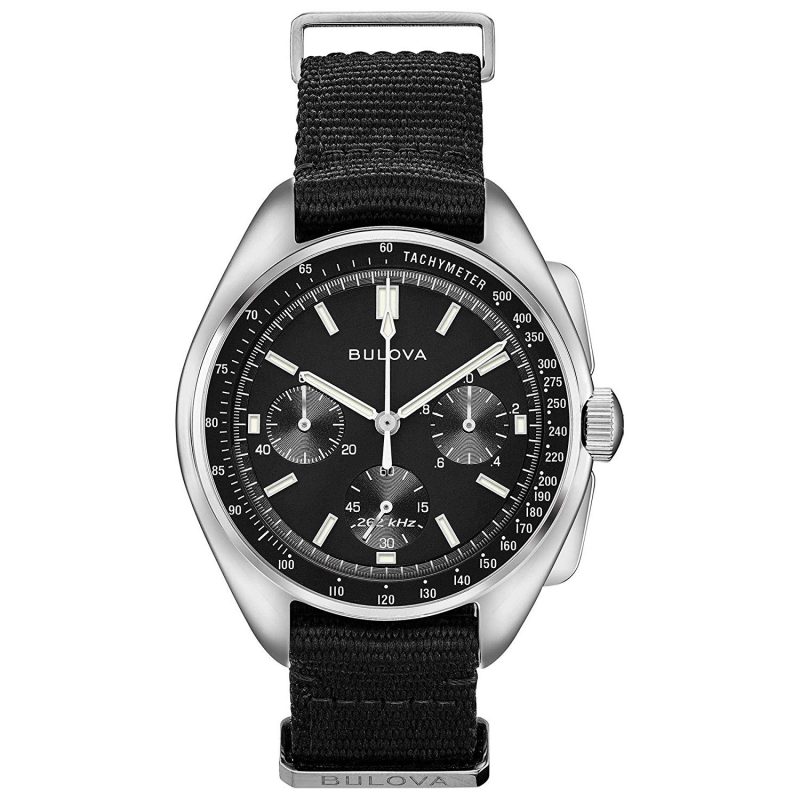 What are the key differences between the 96A225 and its predecessor?

Taking inspiration from the original, the 96A225 authentically recreated the brand’s most nostalgic design. For example, the unique shape of the push button that replicates original shape is engineered the way for astronauts to press them correctly with spacesuits on.

The key difference is that it is updated with Bulova exclusive high-performance quartz movement with three-prong quartz crystal which vibrates with frequency of 262 kHz – eight times greater than a standard quartz movement – for unparalleled accuracy.

Besides price point, how similar or different is it compared to the others in the same category?

It is not easy to talk about this watch without touching the price point value. Watches that bear historical background are normally much higher priced. When it comes to our Lunar Pilot Chrono, however, you can get one of the most historically significant watches updated with Bulova high-performance quartz technology for fraction of the price.

Certainly those Bulova enthusiasts, who have been following us back from the Accutron time and would not be able to resist the temptation of owning this historical timepiece. We think that its sleek and sophisticated look would also attract the younger generations. The watch has up-to-the-minute styling for today’s sensibility and tomorrow’s collectability.


#GucciPrêtÀPorter: The heyday of ready-to-wear returns