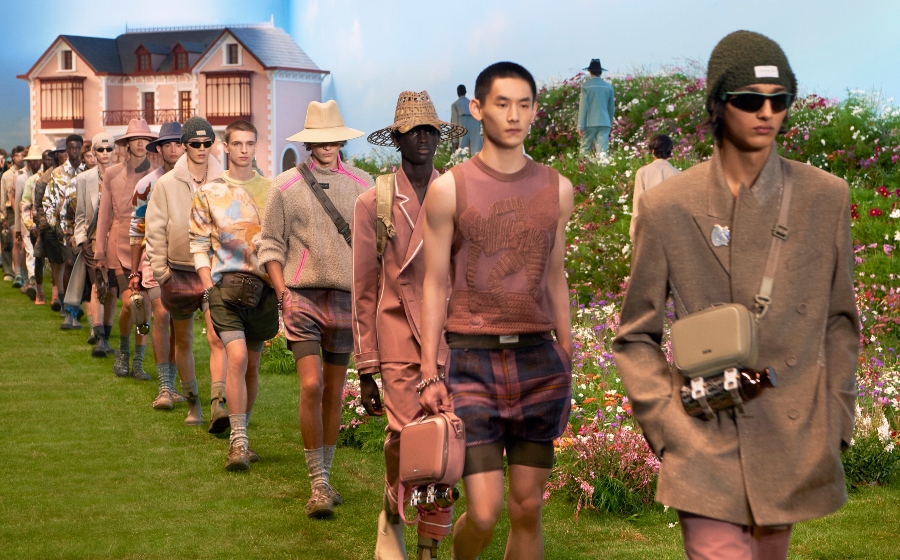 Kim Jones has always had a firm grip on what moves the Dior Men customer — something old-world that they aspire to or get moved by (it’s called cross-generational appeal), something contemporary (in Jones’s case, it’s elevated #Gorpcore), and collectible (the sweaters are perpetually flying off the shelves). However, with the Dior Men’s Summer 2023 show, the fourth element is a kind of Englishness that Monsieur Dior himself was fond of.

This Englishness — the roses, weeds, and blooms — was elucidated through the collection partly in homage to Monsieur Dior’s Granville villa and the other, the Charleston Farmhouse. Opened in 1916 by artists Vanessa Bell and Duncan Grant, the farmhouse itself was a fertile bed of inspiration to the creatives of their time. The Charleston Festival held in May was when this concept of bohemianism — free love, gender non-conformation, and the exchange of cultural ideas — truly took bloom. In retrospect, it could have moved Jones himself in the way the silhouettes were sliced for the collection. An easygoing attitude for a life that revolves around more than just fashion.

Models from the Dior Men’s Summer 2023 show meandered through a reconstruction of Monsieur Dior’s Granville villa and the Charleston Farmhouse. 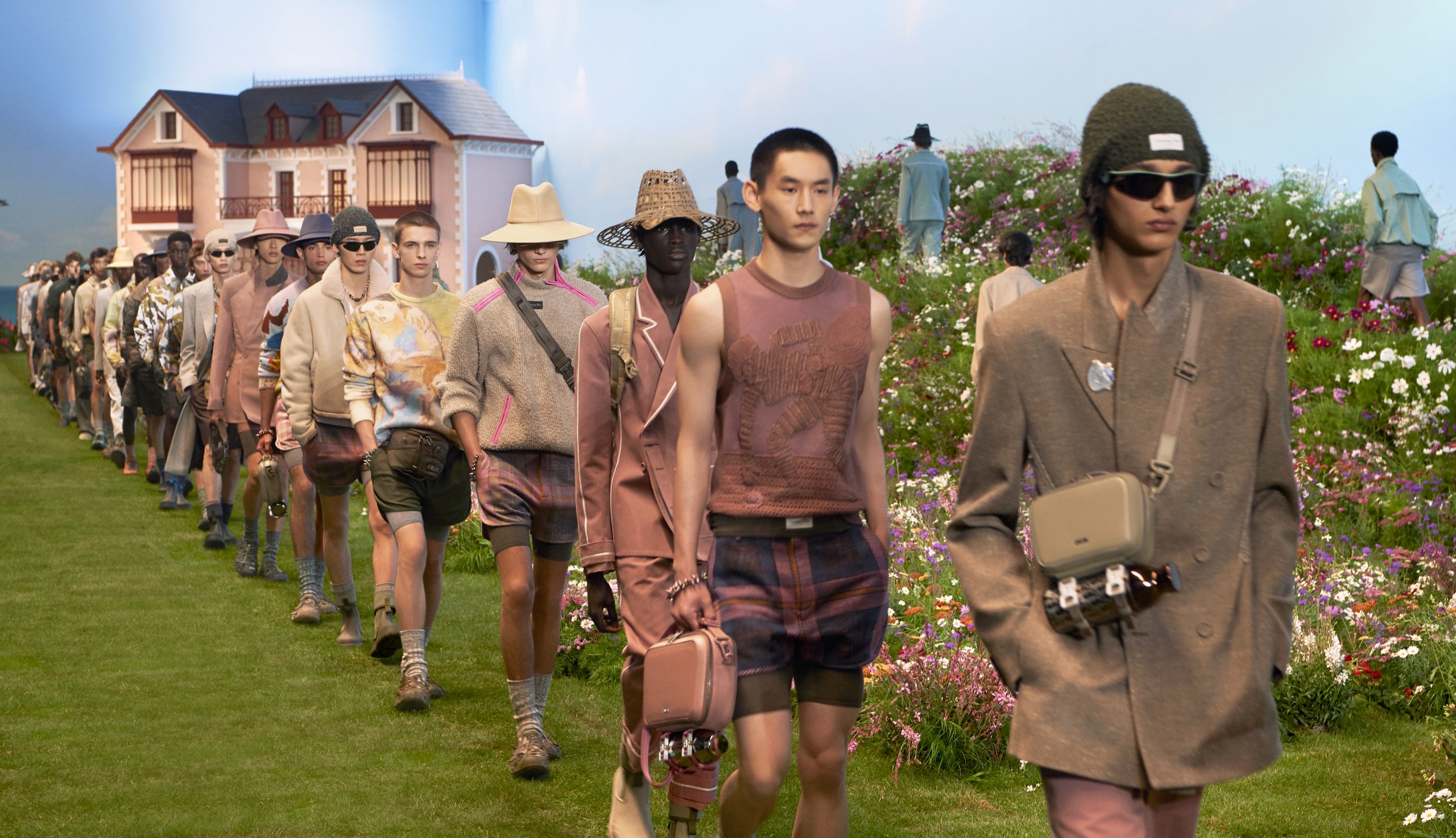 While the Dior Men’s Summer 2023 once again proved that Jones’s has managed to tap into the current zeitgeist (we can already pinpoint the hit-list items of the season: the water bottle holder, croc skin saddle bags, and baseball caps), the magic is in how he maintains a mystery behind the origins of the House itself. Sometimes, the seeds of ideas sprung when one casts his eyes on the past to make something relevant in the present. 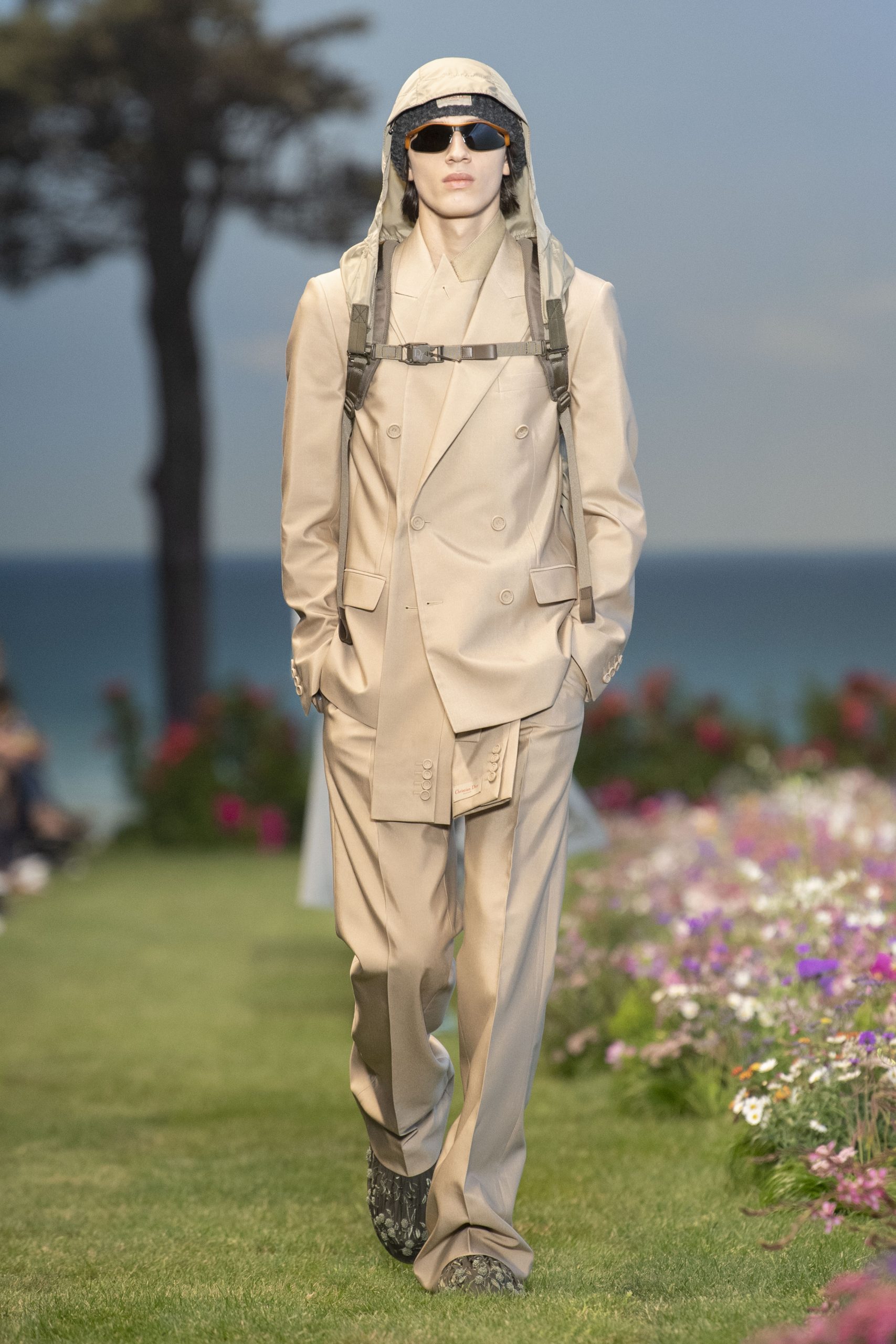 Look 1: A classic trope from Jones’s tailoring is that one can imagine its wearer flexing it even in the most random of places. Here, the addition of a detachable hood turns it #Gorpcore. 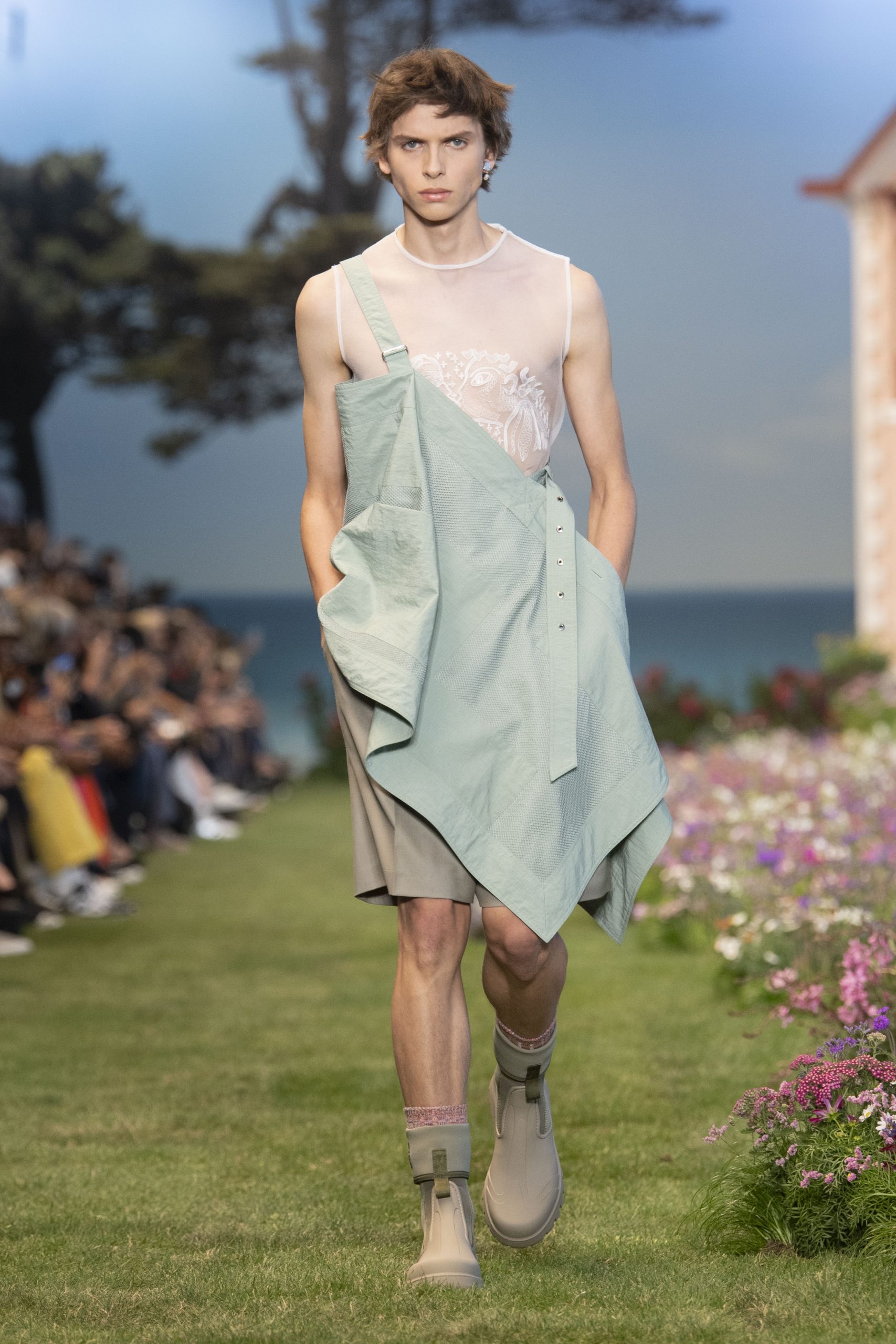 Look 5: The it-item from the Dior Men’s Summer 2023 show is the hiking boots and the season’s styling trick is unbuckling just one side of one’s overalls. 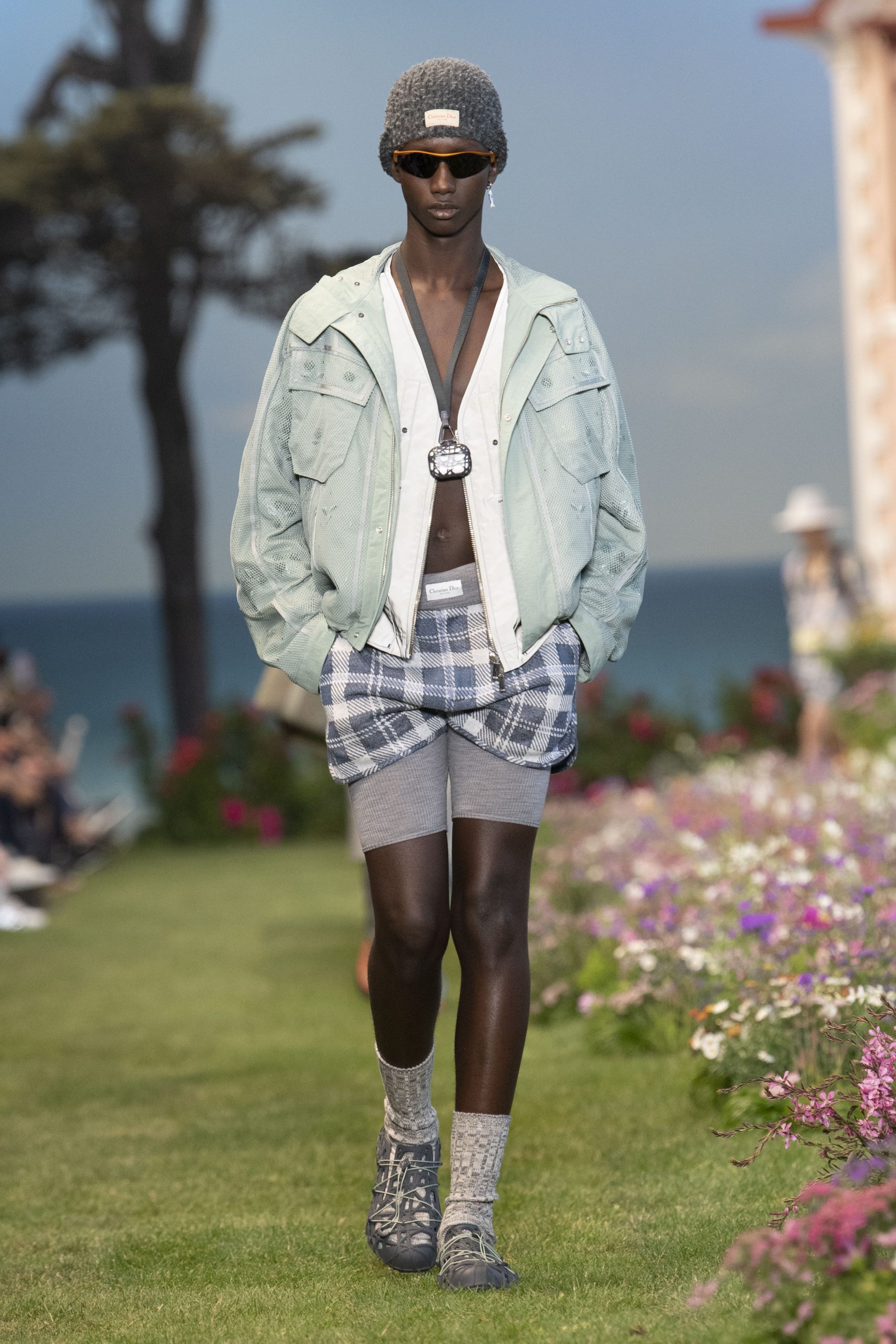 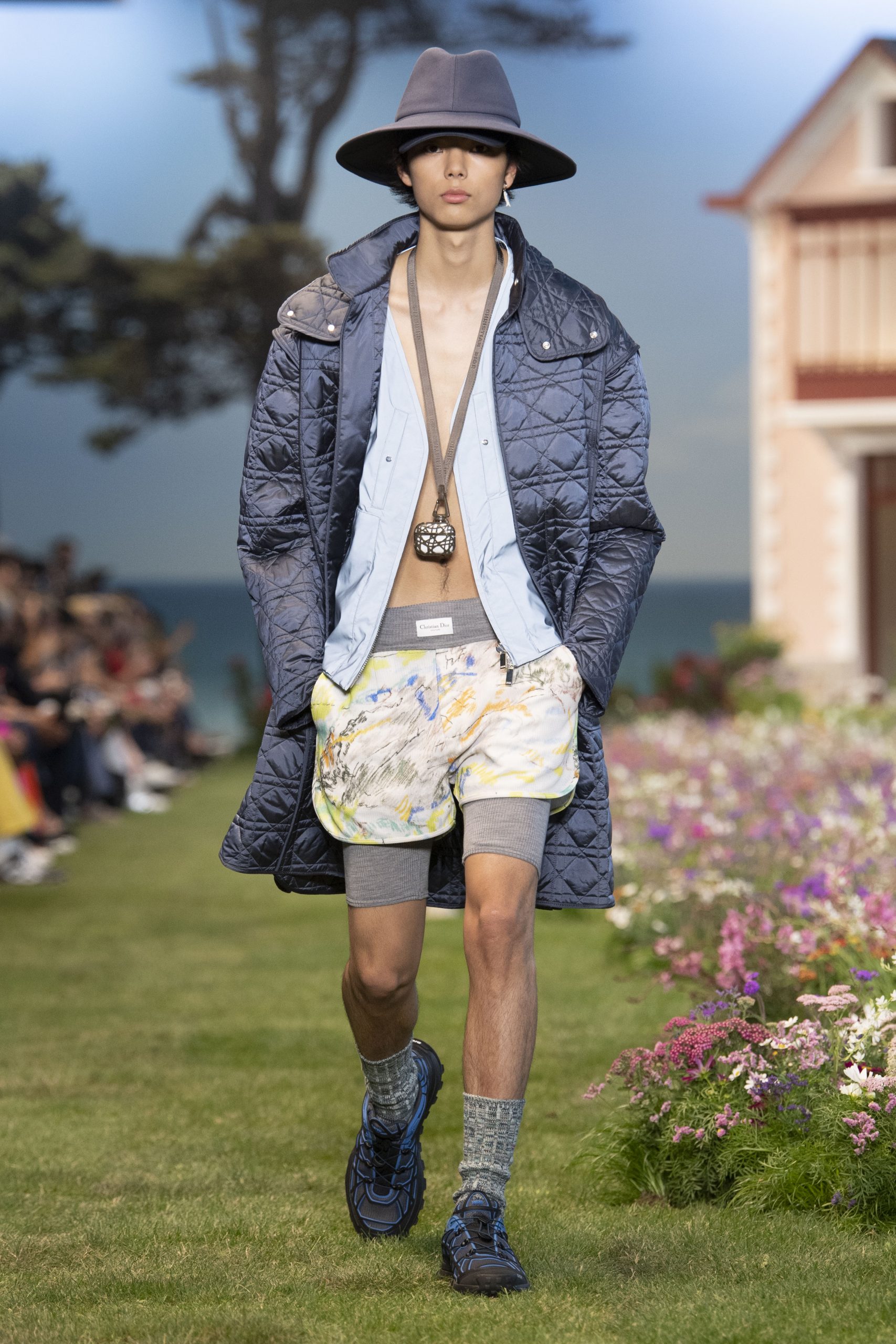 Look 17: The iconic cannage pattern becomes something lo-fi and low-key when done on a down coat. 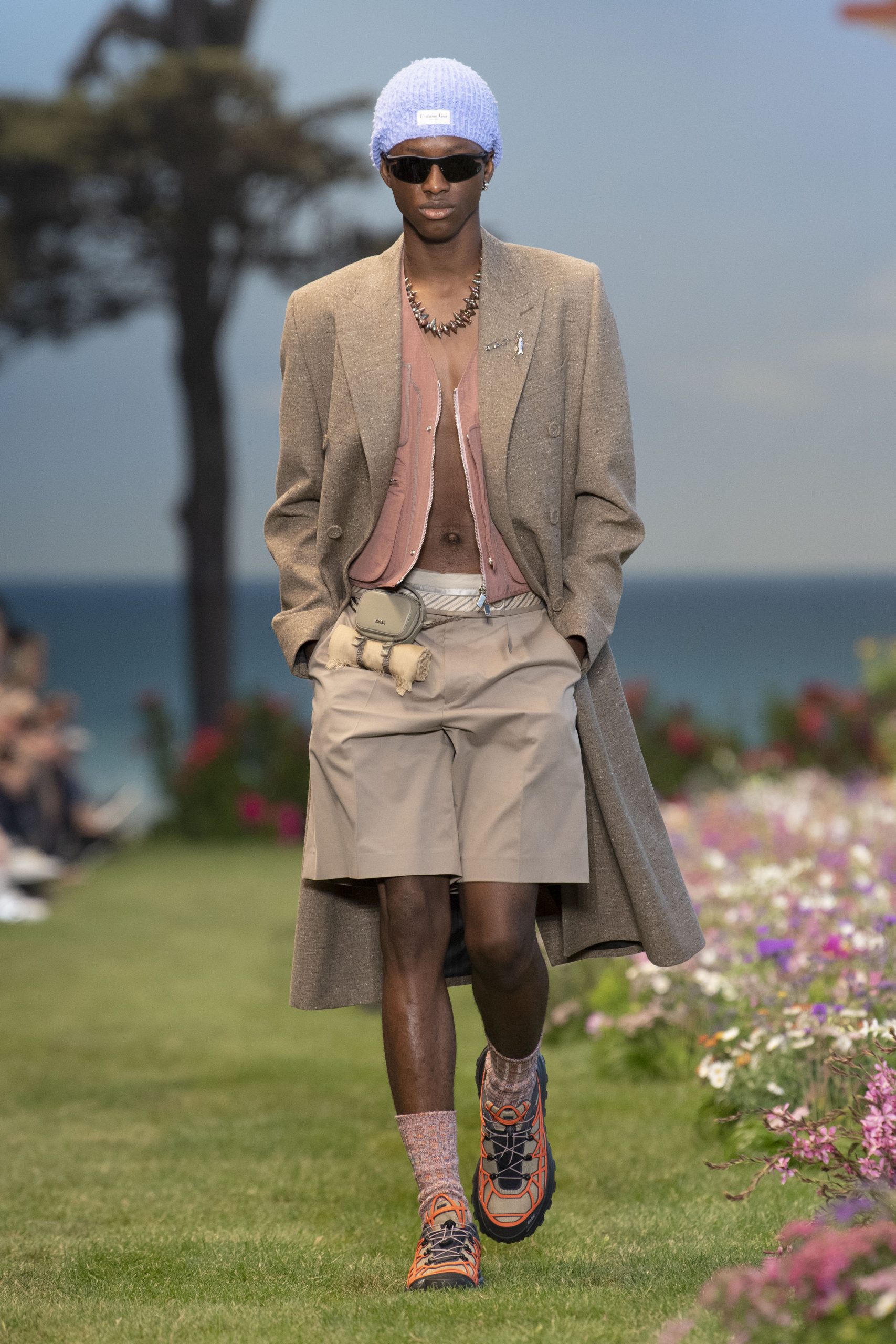 Look 20: The two-piece tailoring set from next season = a great coat and a pair of shorts. The former needs to hit one’s shins and the latter, needs to be shortened from the knee with a length of three fingers. 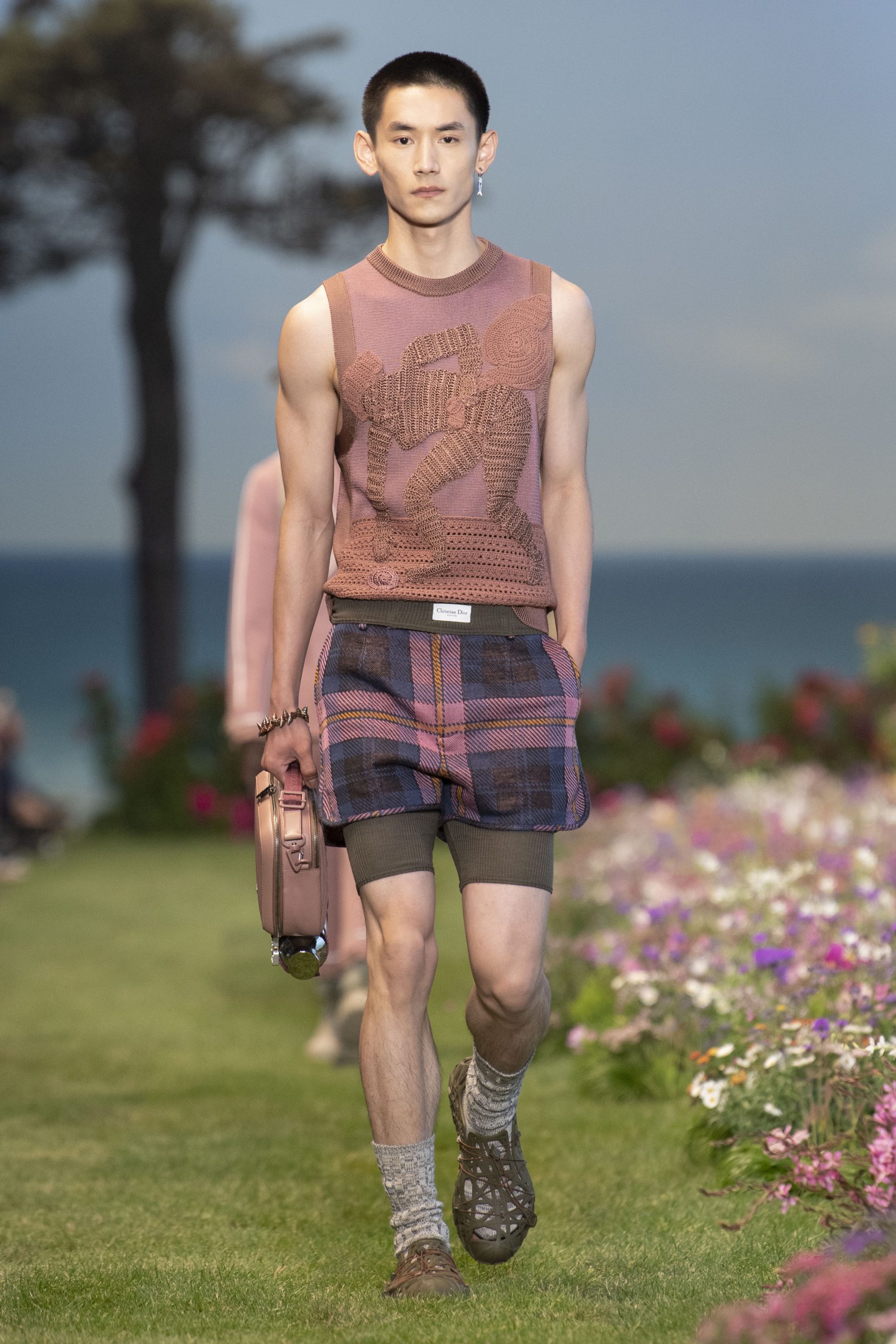 Look 24: The soft blooms from Monsieur Dior’s Granville villa and the Charleston Farmhouse informs the colour palette of the show. 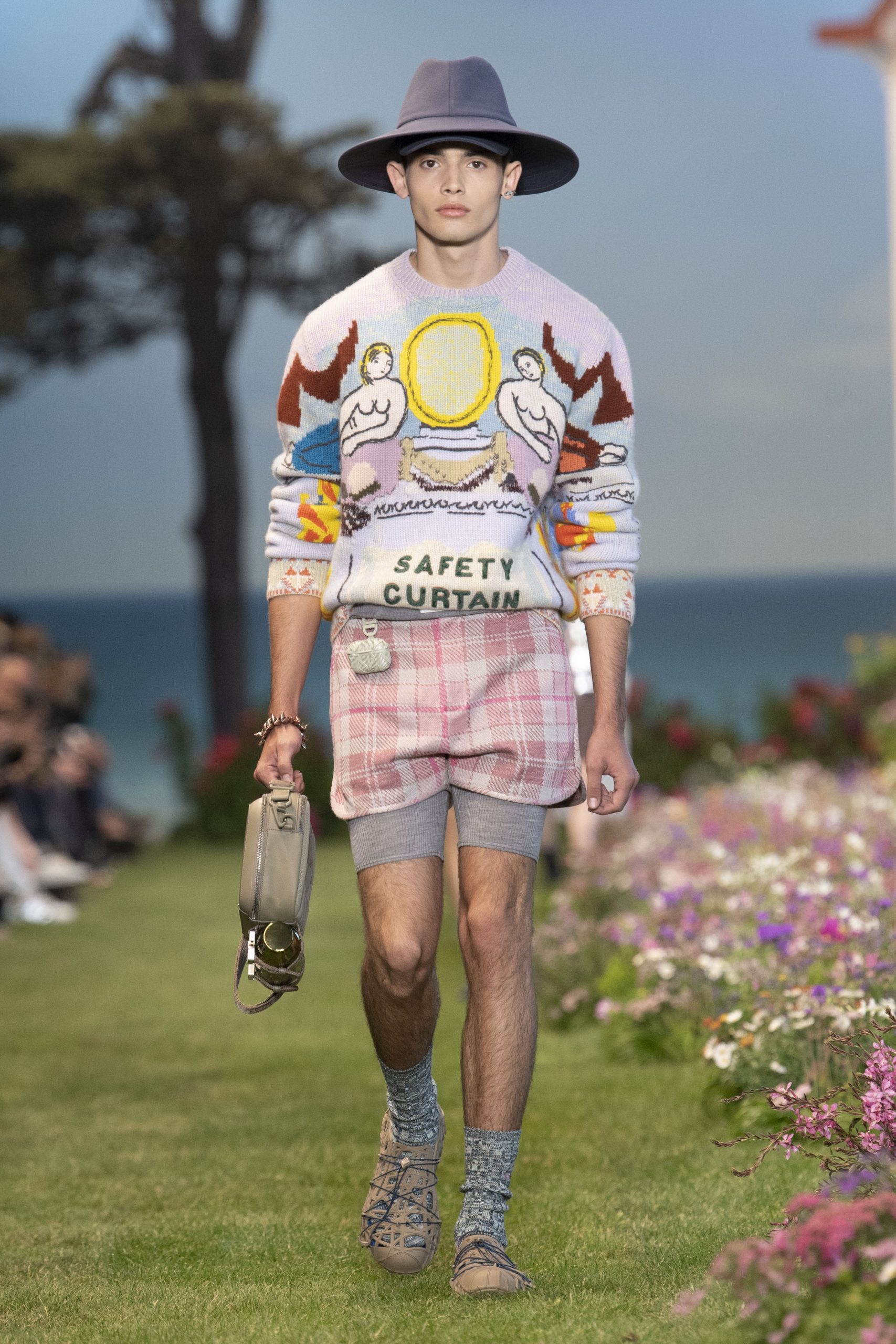 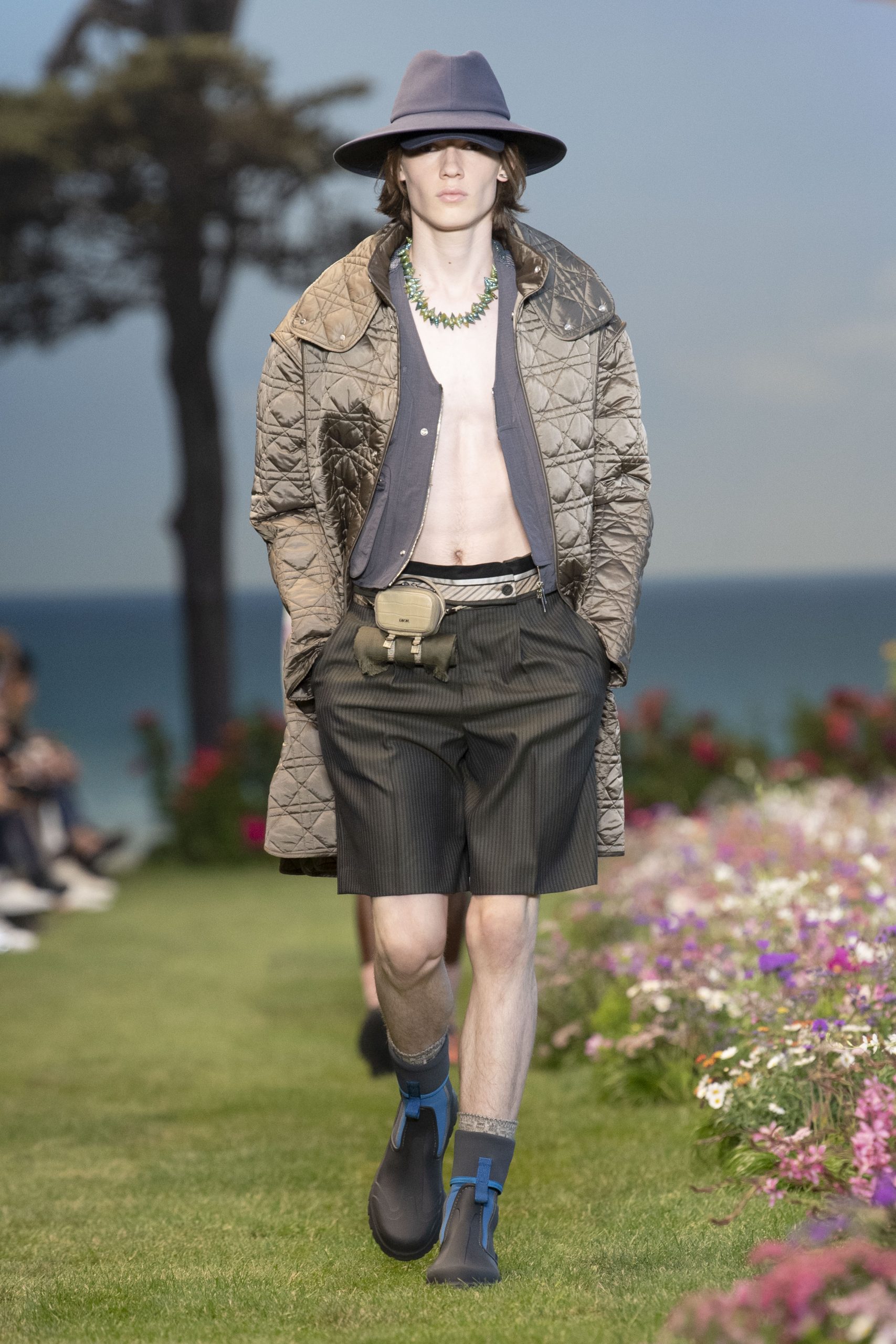 Look 34: Travelling, trekking, and taking things outdoor — the beauty of the Dior Men’s Summer 2023 show is that when separated, the pieces form a trans-seasonal wardrobe. 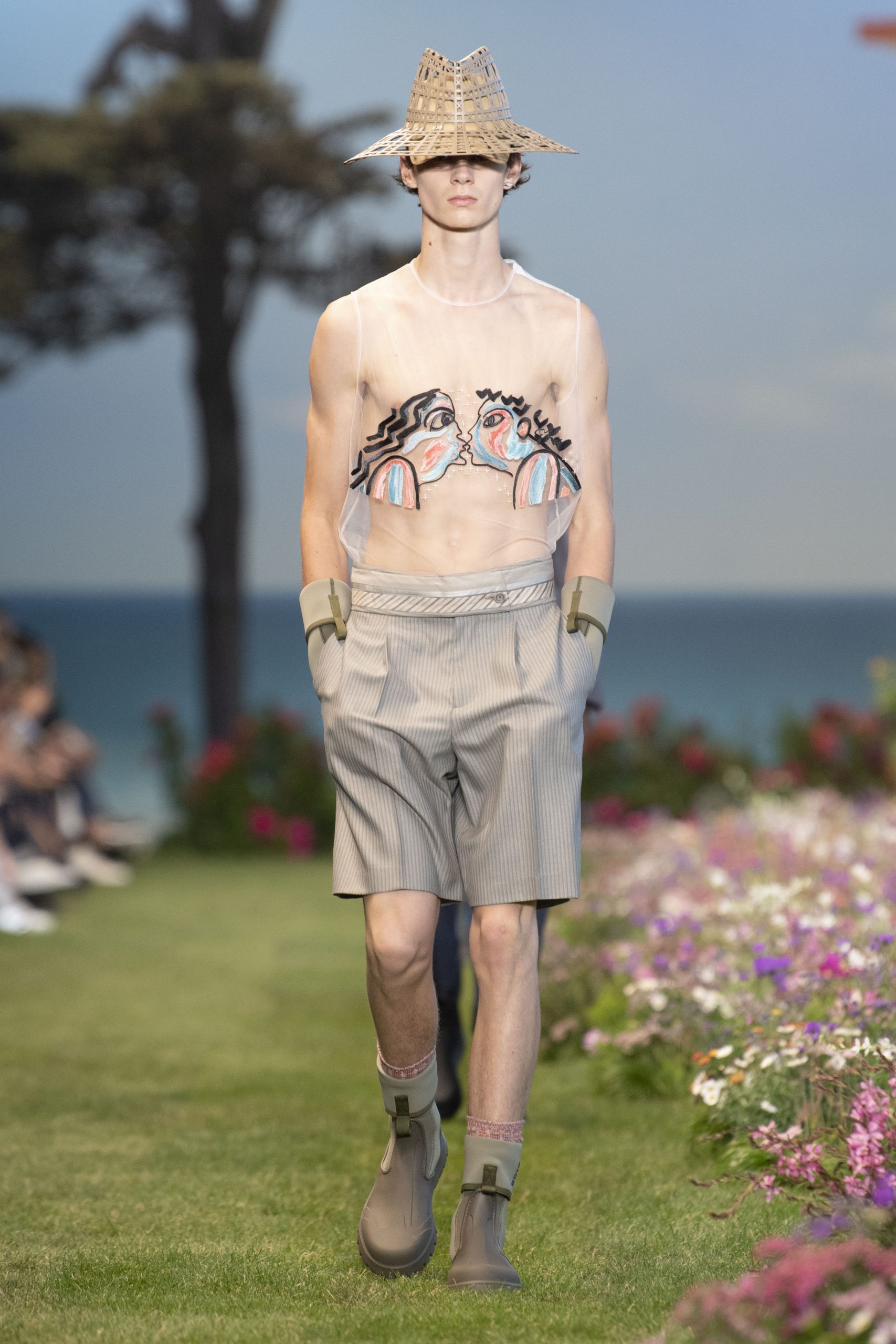 Look 50: At every Jones’s show is a look that instantly gets pinned by stylists. This one is the seasons next. 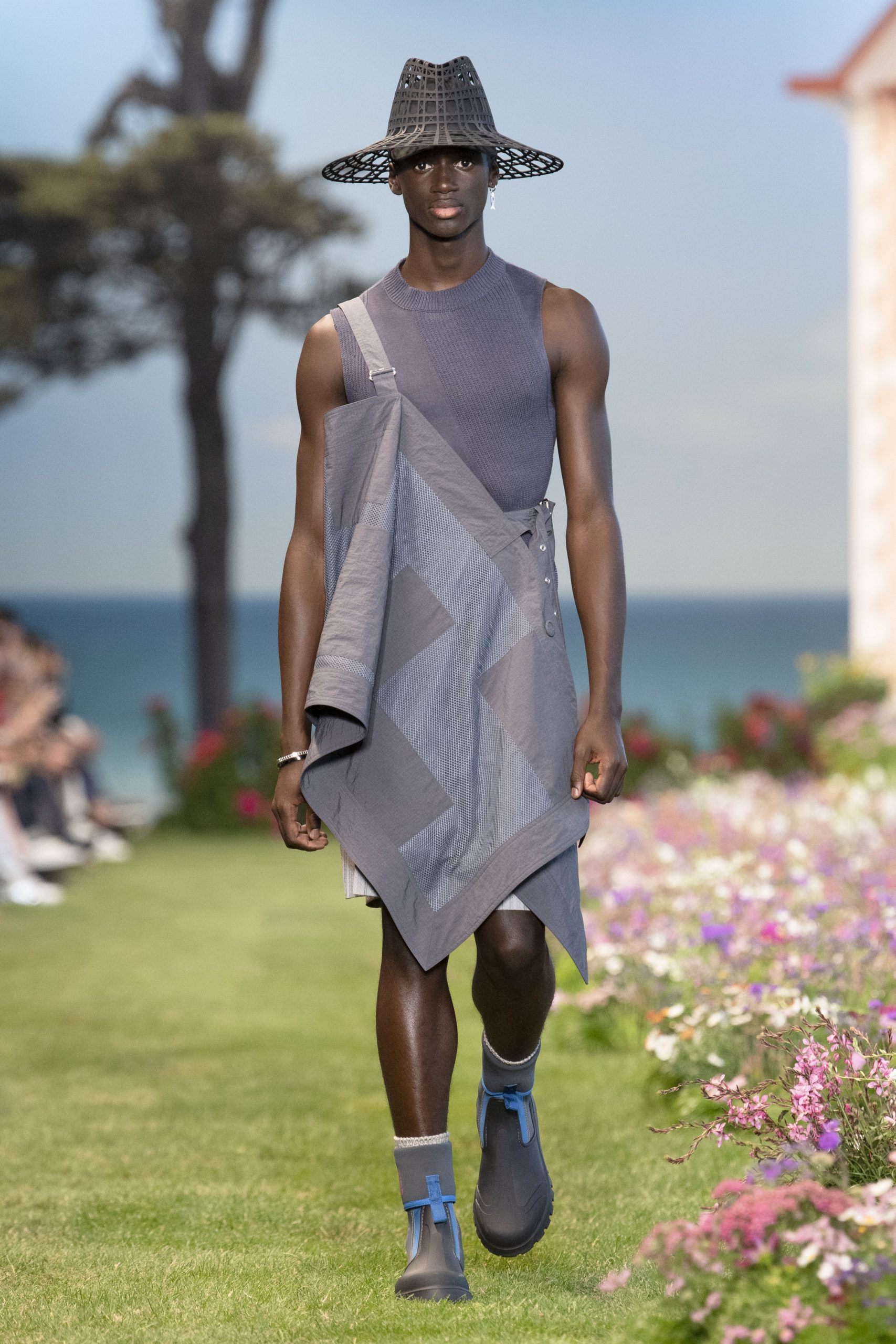 Look 52: When Dior Men’s is good, it informs the styles and trends of the season. When it’s great (and it often is), it looks believable on real men including you and us.