8 interesting watches of Only Watch 2021 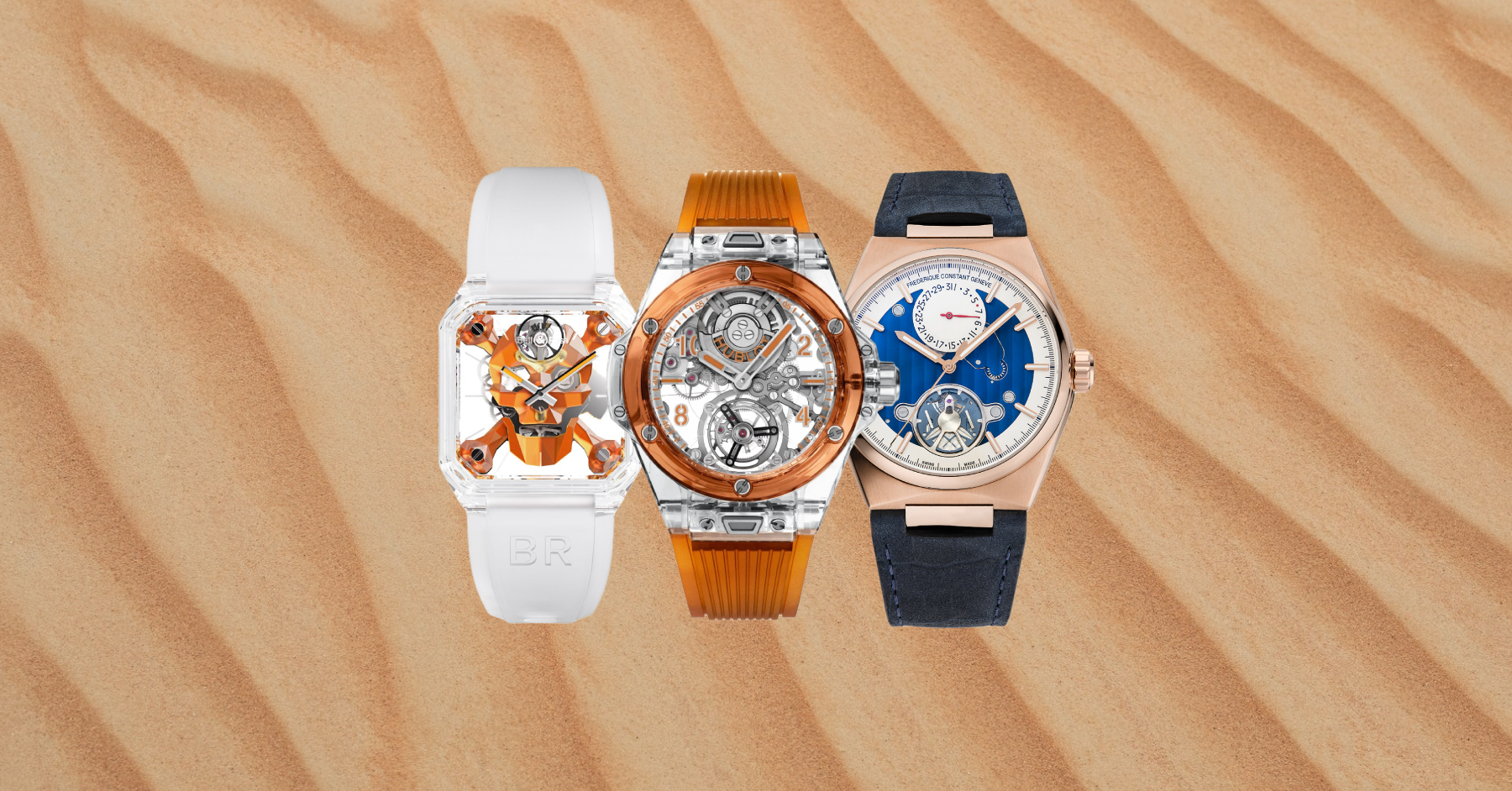 The Only Watch charity auction is based on a simple principle: each participating brand donates a unique piece. For its 9th edition, Christie’s remains the auctioneer of choice under the High Patronage of H.S.H. Prince Albert II of Monaco. 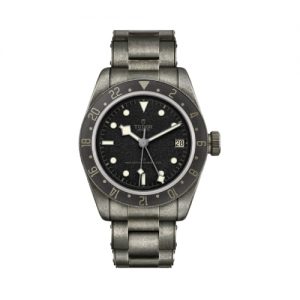 A one-of-a-kind execution of its Black Bay GMT, the Black Bay GMT One is completed with specially finished case, bracelet and movement as well as Master Chronometer certification by METAS. The MT5652 Manufacture Calibre is capable of keeping track of time in three time zones simultaneously. The watch is a Master Chronometer, one of the industry’s most demanding certified standards, guaranteeing Swiss manufacturing, precision of 5 seconds (0 +5), anti-magnetism to 15’000 gauss, 200 metres of water resistance and a power reserve of 70 hours. 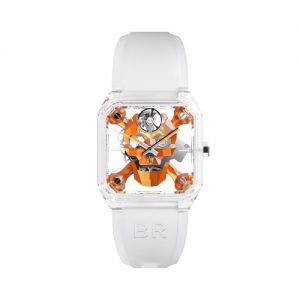 The French luxury watch brand’s contribution comes in the form of the BR 01 Cyber Skull Sapphire Only Watch. Multifaceted and multiverse, the precious watch is conceived in its entirety with sapphire, for both the case and decoration. In addition, it is defined by the angular treatment of the skull on its orange sapphire dial. The case, crown, skull and crossbones are structured in such a way that they create volumes and a 3D image. Equipped with the Bell & Ross Calibre BR-CAL 206, the jaw of the skull opens and appears to snigger when wound by hand. 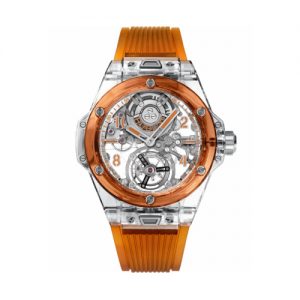 The unique Big Bang Tourbillon Only Watch features a translucent case cut from sapphire and its orange bezel. A raised section, Super-LumiNova on the hour and minute hands, and the numerals are coloured with the same orange tone. The dial, which is also made from sapphire reveals the mechanics of the new self-winding manufacture tourbillon movement, the MHUB6035 calibre. To make the most of this unique piece with its total transparency, Hublot reveals everything and hides nothing, right down to the chassis itself, which is entirely cut in sapphire. 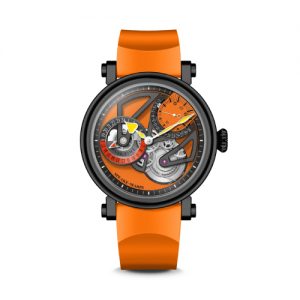 Contemporary yet classic, the One&Two Openworked Dual Time is a striking watch thanks to its combination of colours (orange and yellow against black and grey) and sharp architectural shape. The SMA02 calibre integrates a dual time indication and a retrograde date. Inspired by modern architecture, it keeps the visual balance between the barrel, the oscillating mass and the small seconds at 1:30. This movement is nestled in a black DLC-coated titanium version of the new Piccadilly case, an evolution of the iconic original case of Speake-Marin. 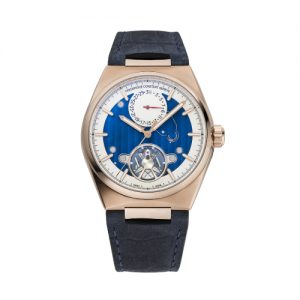 Housed in a 41mm pink gold case, the Highlife Monolithic Manufacture’s revolutionary escapement beating at 40Hz is encased within a dial open to the FC-810 movement bearing hand-polished chamfers on the bridges and Côtes de Genève decoration. Based on a flexible monobloc oscillator, the 30th Manufacture movement was developed with four objectives in mind: a size comparable to that of a traditional balance wheel, the highest possible frequency, a power reserve of 80 hours, and a solution allowing the production of significant quantities at an accessible price. 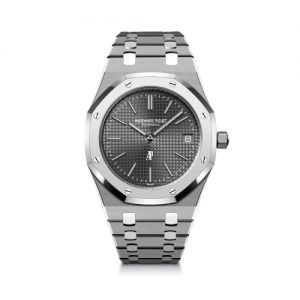 Presenting new grey hues, the dial of the unique Royal Oak “Jumbo” Extra-Thin Only Watch retains the aesthetic codes of the original. It’s the last unique 15202 and the last unique piece powered by the automatic movement, Calibre 2121, which came to equip the first Royal Oak in 1972. Measuring a mere 3.05mm in thickness, Calibre 2121 was the thinnest automatic movement with central rotor and date indication of its time. 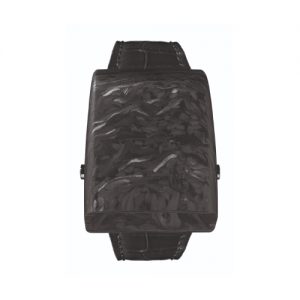 The Casquette – Only Watch Edition taps into the zeitgeist of the era when traditional watchmaking was temporarily set aside in favour of quartz movements. When viewing the side of the case, you’re able to appreciate the unusual tapered profile and its sleek shape seemingly honed in a wind tunnel. This model is housed in cutting-edge forged carbon, while the case-back and push buttons are made of Grade 5 titanium. 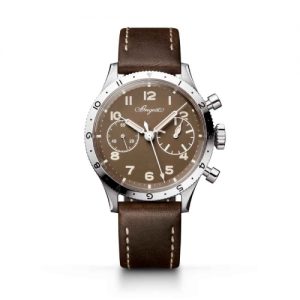 The Type XX Only Watch 2021 Chronograph pays tribute to the civilian editions from the 1950s and 1960s. The case retains the diameter of 38.3mm, as well as typical curvature of the horns embellished by a lateral bevel along with some generously-sized push buttons. It is also notable for its rather specific dial and the bronze colour which nods to the extremely rare civilian and military versions. As with the original, it is fitted with a screwed steel case-back providing water resistance to 30 metres.

Find out more about Only Watch here.


DAY6 (Even of Day) releases "Right Through Me"


The new King of Sneakers