There are stories of adventures that make you dream and others envy, the Breitling Jet Team (BJT) impresses. The team undertook journeys that no other aerobatic team had done before. Let’s look back on their world trip filled with emotion.

(1) The Jets Were Missing From European Skies For 4 Years 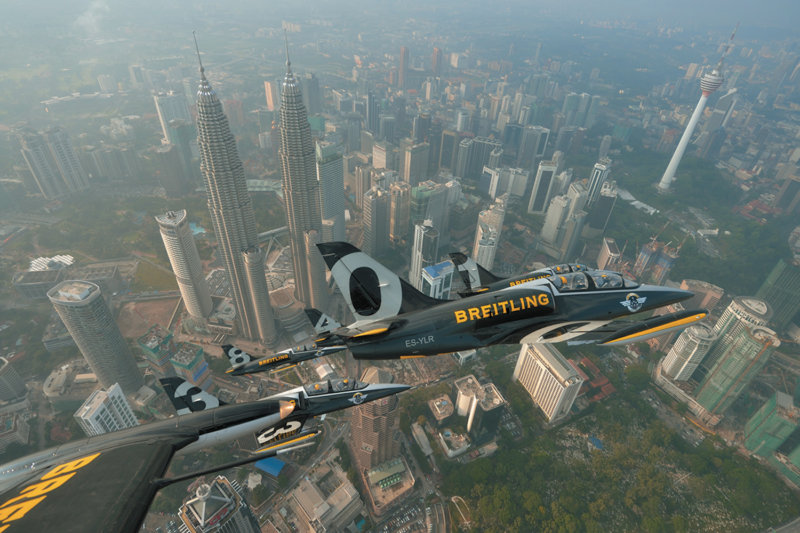 They have not been seen flying in the European sky over the last four years, and for good reason; the BJT has been travelling from Fukushima to San Francisco via Siberia. Looking at the photos, you can easily imagine their wonder, faced with these spectacular landscapes. Nevertheless, everything was not easy – far from it. The team had to do a tour de force to accomplish both missions, especially the Asian tour.

(2) Organising Was A Logistical Nightmare 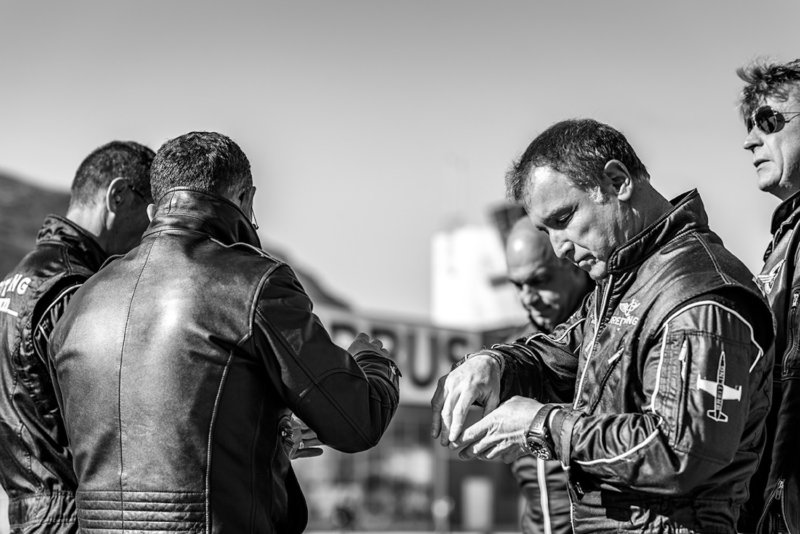 “We changed countries every week. So, every week, we reset everything, and we started over with immigration and visa problems, flight authorisation problems, import and export problems, and all the logistics,” said Patrick Marchand, the left outside wingman.

(3) Weather Could Make Or Break A Flight 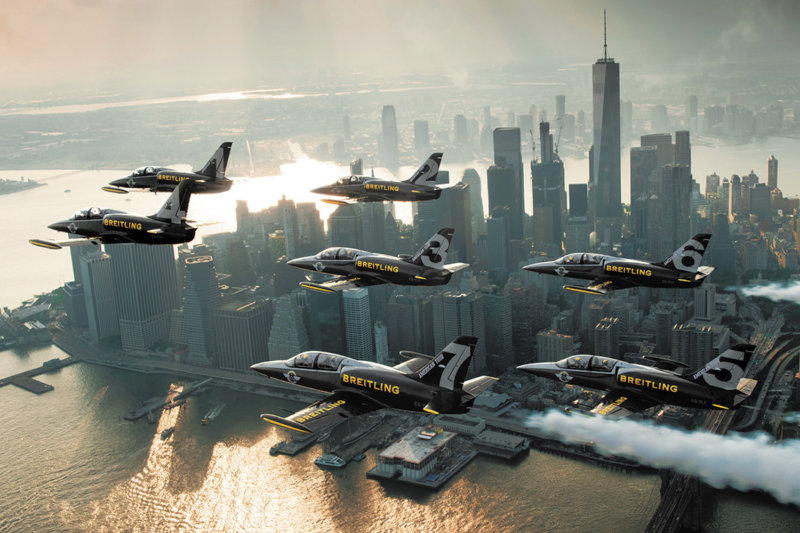 Another important factor to consider was the weather, especially in extreme regions, where the rainy season, monsoons and snowstorms had a real significance. Therefore, the organisation of the agenda had to be adopted according to local forecasts. “A lot of things were unpredictable. At first, we did not understand,” stated Jacques Bothelin, the leader. 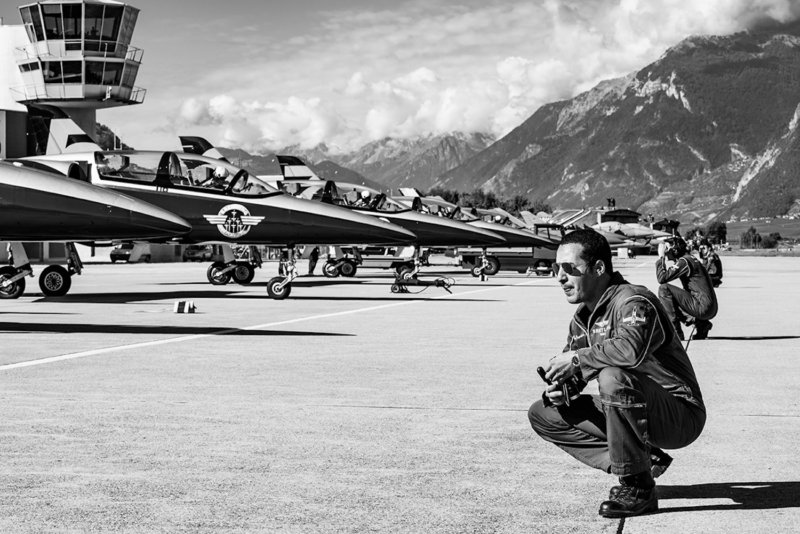 The BJT aroused an unprecedented enthusiasm, and pilots, like rock stars, were adulated after each display. In Thailand, even though it was a mere appearance, the public crossed the barriers and invaded the car park. Overtaken by the situation, soldiers were forced to evacuate the team. “Really, we took ourselves for the Rolling Stones!” pointed out Patrick Marchand. 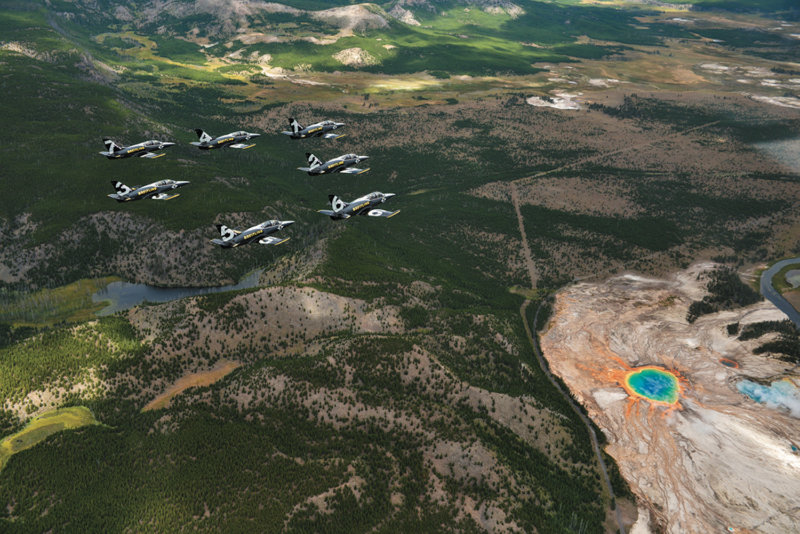 The Asian tour was an opportunity to discover the cultural riches of these countries as well as an absolute change of scenery that contrasts with Europe. “We are not used to flying over totally snow-covered landscapes. When you pass form Irkutsk to Ulan Bator, you pass from the white to the ocher,” described Jean-Yves Moreau, one of the six mechanics. Other strong and magical moments marked the minds of the airmen, like the overflight of the Great Wall of China and Mount Fuji. 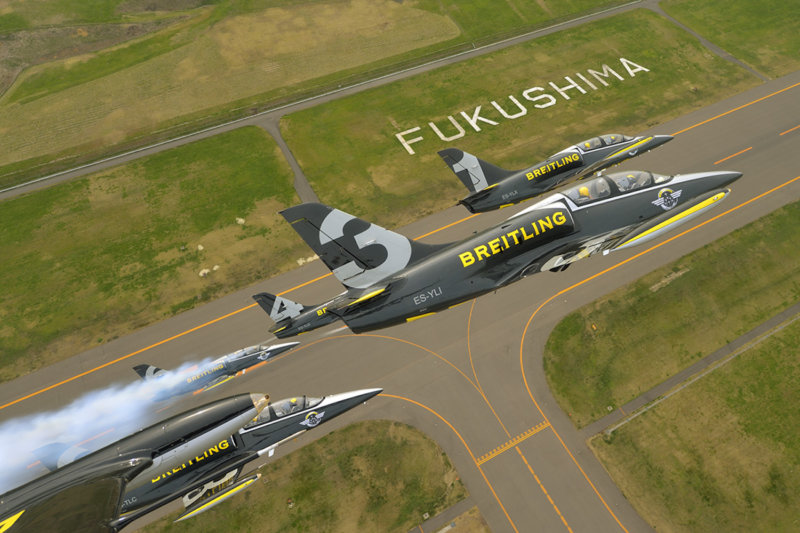 After having landed in Hiroshima, the display team went to Fukushima. “It is a name that marks. We went there, not for marketing purposes or to sell watches… we were greeted in an extraordinary way, a very strong moment, full of emotions,” related the right inside wingman Bernard Charbonnel. 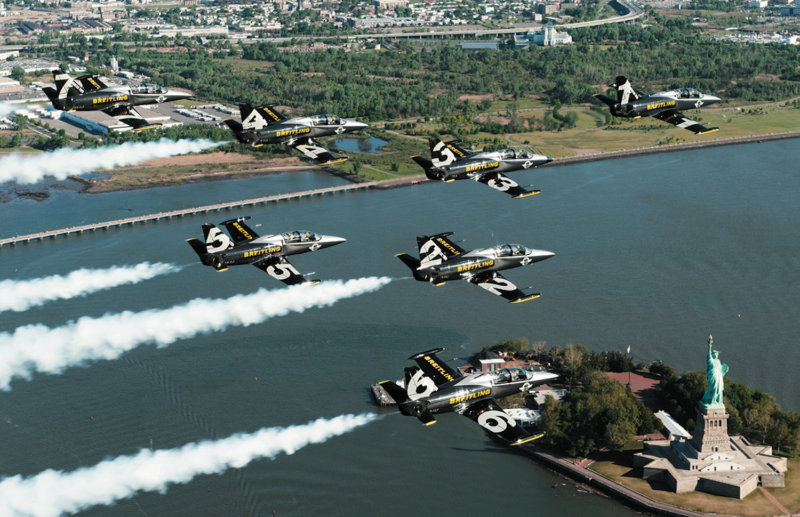 Building on its Asian success, the largest professional civilian jet-flying team reiterated the experience and travelled to the land of Uncle Sam and aviation. For two seasons, the BJT crisscrossed all over the United States and discovered grandiose landscapes, especially since the team had very few weather problems during the period it flew. “The first year we started in Florida and we went up step by step to Boston. We crossed Vancouver in Canada, Texas…everywhere!” described Patrick Marchand, and Christophe Deketelaere, the first slot, added, “The United States is a fantastic country to fly over, everything is so varied, it is extraordinary!”

(8) Witnessing The World From Up Above 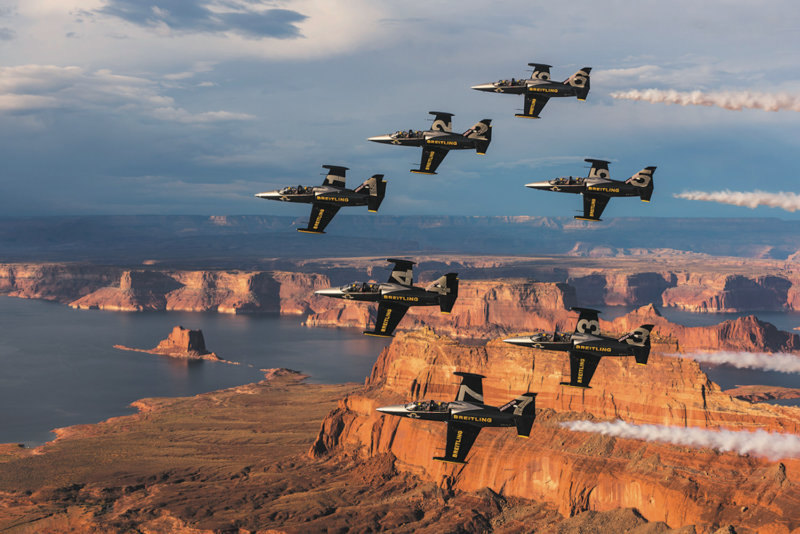 The Breitling Jet Team discovered a country like none of its citizen will contemplate. “There were many Americans who told us: you are lucky, you have seen our country as we will never see it. Go from east to west, or from south to north, imagine the distance it makes! We had the opportunity to fly over the monuments, from places forbidden to other planes. It was just amazing among the Niagara Falls, Mount Rushmore, Central Park, Golden Gate…” Abderrahim, another mechanic, described.


LIVE: The Burberry February 2018 show, the last by Christopher Bailey