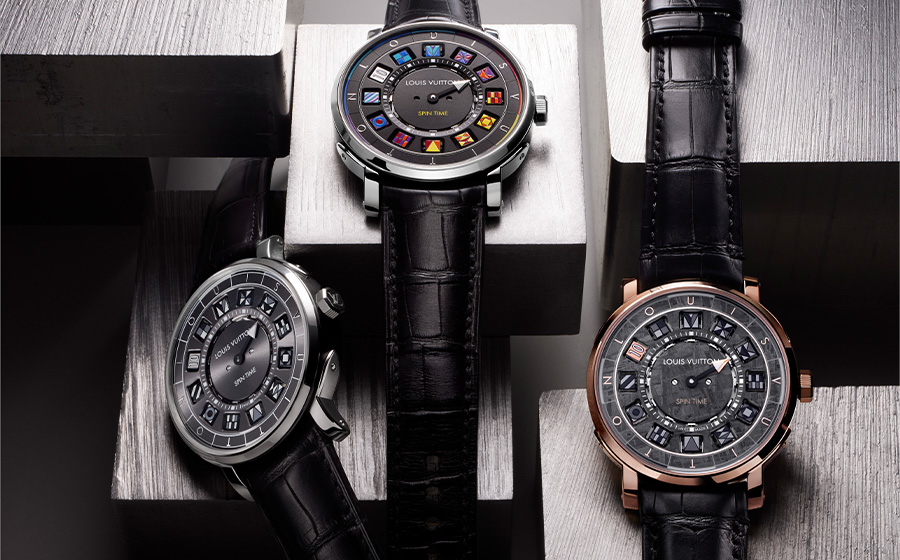 Manufacturing time is quite the literal expression of Louis Vuitton’s dedicated watchmaking division in Meyrin, Switzerland as La Fabrique Du Temps as it is affectionately known, translates into The Time Factory. The atelier, which was acquired in 2012 and later officially inaugurated in 2014, is modelled after Louis Vuitton’s vertical integration strategy as each major division is housed in dedicated state-of-the-art facilities. From the legendary Asnières atelier for trunk making to the ultra-modern leather workshop in Ranch Rochambeau and the fine perfumery housed in Les Fontaines Parfumées, craftsmen and women are offered space for their creativity and technical skills to flourish under the best conditions possible. Within the halls of La Fabrique Du Temps is an ensemble of horological métiers and watchmakers led by the highly respected tag-team duo of Michael Navas and Enrico Barbasini responsible for the masterful creations that include the Tambour Moon Mystérieuse Flying Tourbillon and Voyager Minute Repeater Flying Tourbillon. This year, Louis Vuitton is proud to unveil its latest take on the Escale Spin Time and Tambour Outdoor Chronograph GMT.

Having clad the Escale Spin Time in a pink gold case replete with an exquisite meteorite dial, Louis Vuitton marks a new chapter for the Escale Spin Time as the timepiece is outfitted with stainless steel for the first time. Though stainless steel is often viewed as utilitarian, its versatility to take on surface treatments has given Louis Vuitton a chance to elevate its modest nature to one befitting of the French Maison. La Fabrique Du Temps opted for a black PVD coating with a subtle satin-finishing on the mid-case of the Escale Spin Time, imparting a contemporary and elegant outlook when paired with the polished bezel and lugs. References to Louis Vuitton’s rich heritage as a trunk maker are evident as the case construction bears signature elements of the famed trunks like the lugs which are inspired by the metal reinforcements of the trunks. 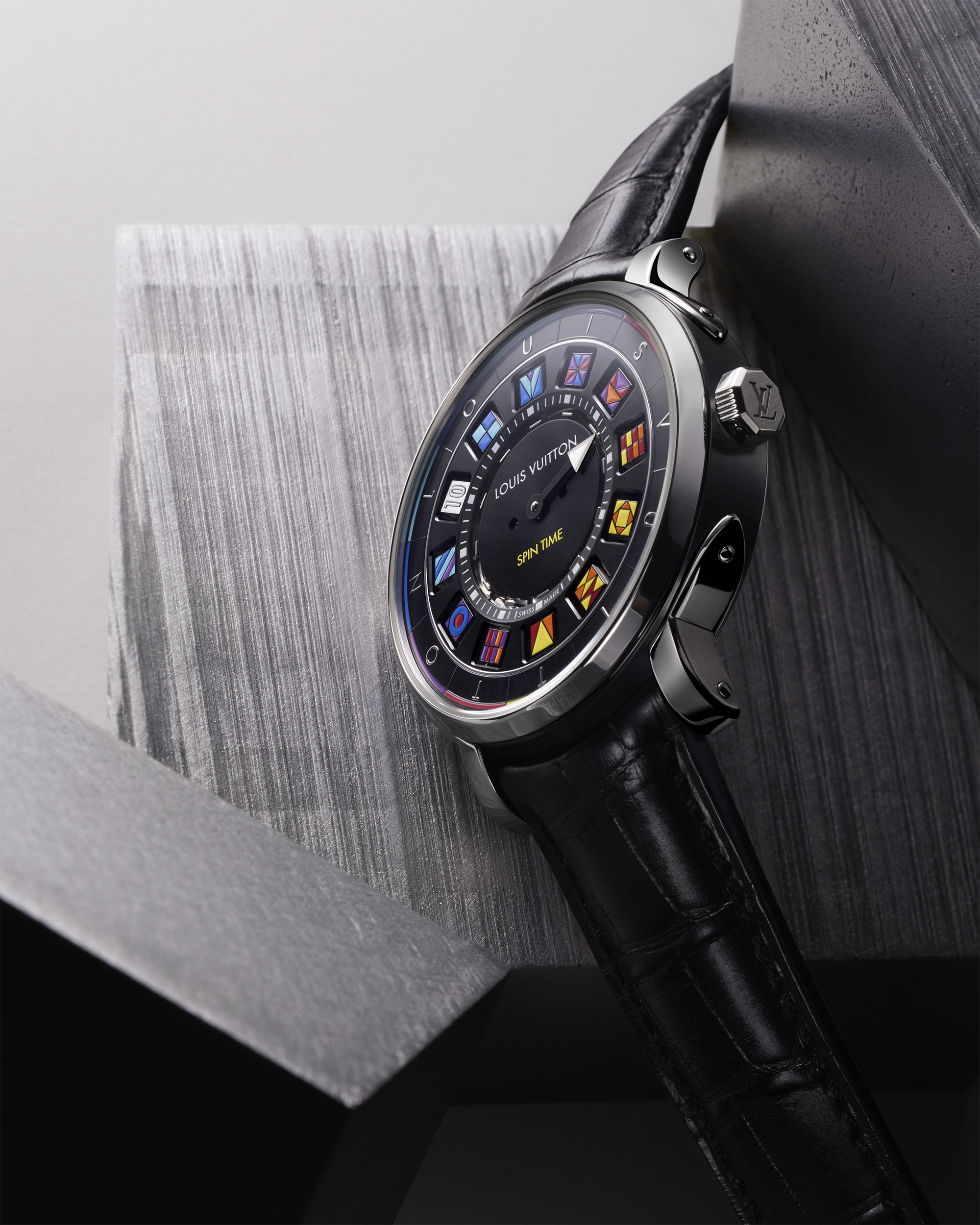 Within the case lies the crowd-pleaser Spin Time complication that gave rise to the Escale Spin Time namesake.12 individual hour cubes are set on spokes around the dial that spin independently to mark the passage of time. The automatic calibre LV77 is the brains behind the unique concept — 12-hour cubes set on spokes around the dial spin independently to mark the passage of time. 11 idle cubes display Louis Vuitton’s iconic motifs inspired by the customisation of Louis Vuitton trunks while the twelfth presents the current hour with an Arabic numeral facet. As the minute hand traverses the dial, the current hour cube flips to go dormant while the adjacent cube reveals the corresponding hour. Two dial colour variations are available as the black sun-brushed dial is paired with technicoloured cubes bearing bands of colour, initials, coats-of-arms, and other geometric motifs while the grey metallic ruthenium sun-brushed dial is complemented by a set of monochromatic cubes. 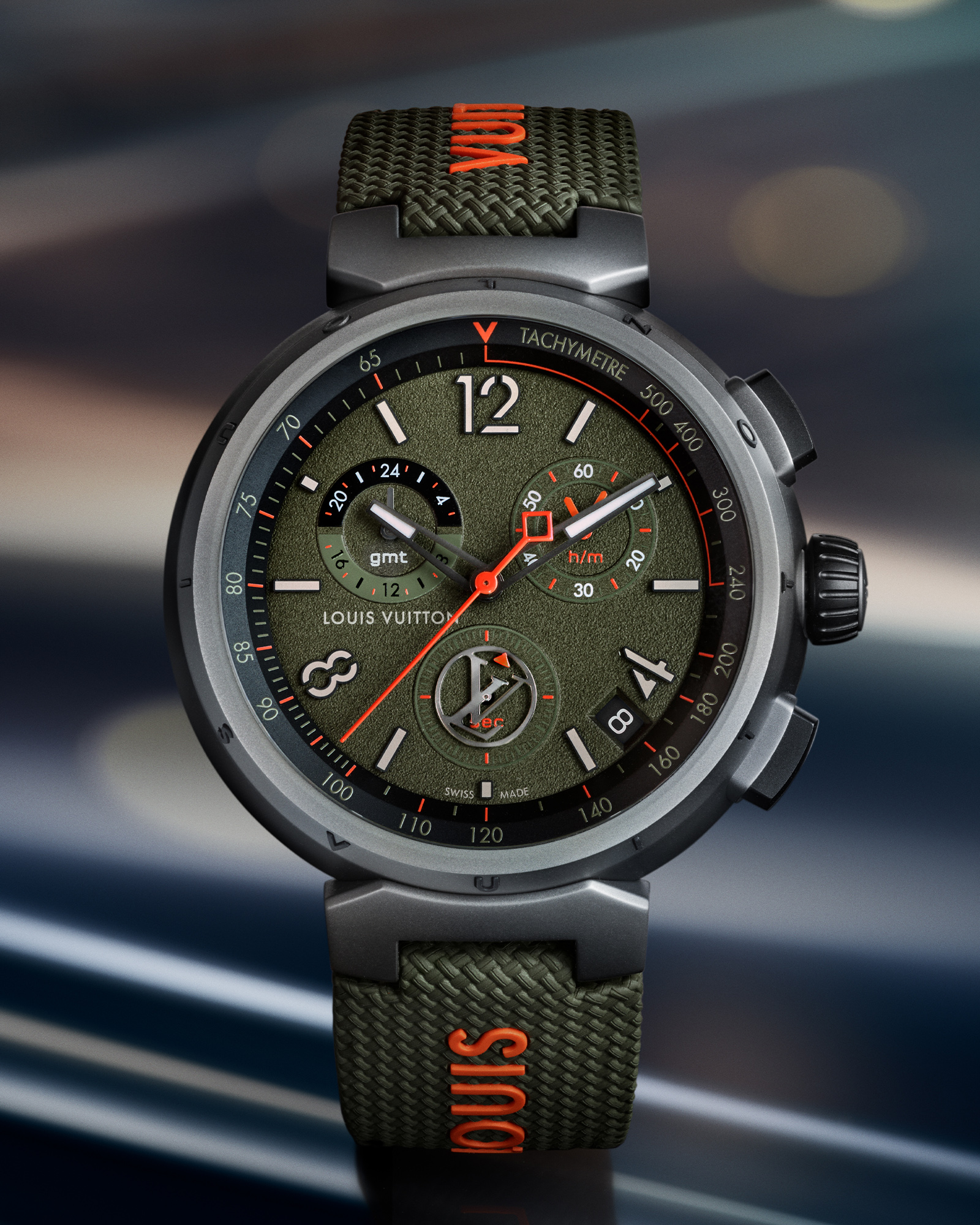 Building on the success of yesteryear’s Tambour Street Diver release, Louis Vuitton continues to expand on its seafaring passion and travel DNA with its latest incarnation in the guise of the Tambour Outdoor Chronograph GMT. Evoking the urban spirit of adventure, the Tambour Outdoor Chronograph GMT is equally comfortable traversing through concrete jungles as it does so catching waves. Both elements are thoughtfully captured and expressed through the use of chromatics as they are offered in either a predominantly blue or woodland colourway. 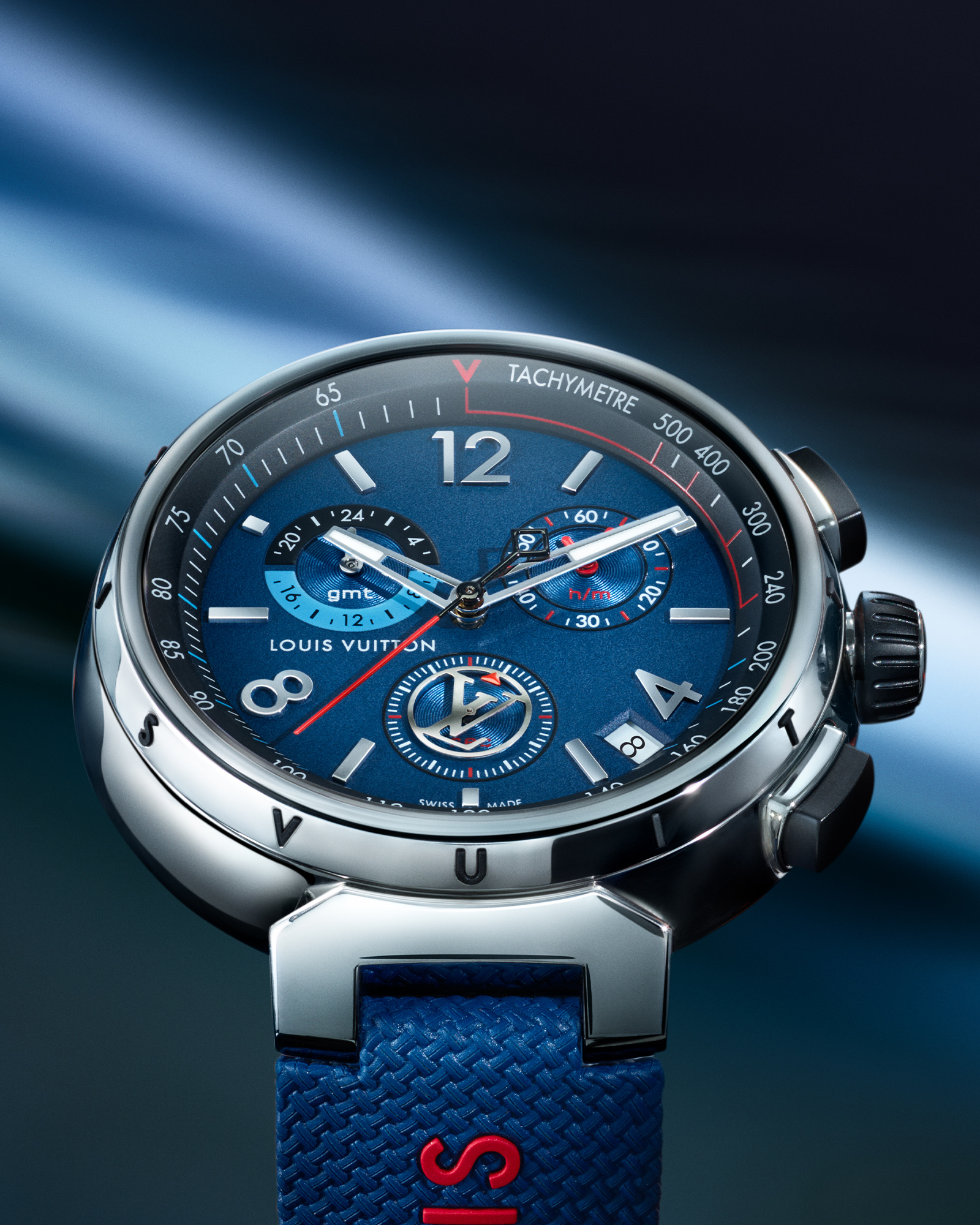 Set in the emblematic Tambour case that remains true to its original 2002 form, the drum-shaped case is synonymous with Louis Vuitton’s journey to the top of watchmaking since its inception. Its versatility to take on various watch styles has seen different complications embedded within over the past two decades. The quartz-enabled Tambour Outdoor Chronograph GMT houses a chronograph and GMT as nifty companions for modern-day explorers. Be it recording swim lap times or tracking a time zone halfway across the globe, the Tambour Outdoor Chronograph GMT does both effortlessly with plenty of style to spare. Though the quartz movement is often frowned upon, its robustness and highly precise nature make up for what it lacks when compared to its mechanical counterparts.

A gradating blue-to-navy dial and a striking blue strap are the obvious cues for ocean inspiration as the Tambour Outdoor Chronograph GMT Nautical Steel reflects Louis Vuitton’s affinity with the sea. Conversely, the Tambour Outdoor Chronograph GMT Urban Jungle is outfitted in a matte grey PVD case paired with khaki colourings recalling cityscapes. Louis Vuitton’s meticulousness is evident as subtle details such as the textured dial, black rubber Louis Vuitton letterings on the case side and the skeletonised LV initial disc are not skimped on.