Click to purchase a copy of Men's Folio Malaysia
Lifestyle 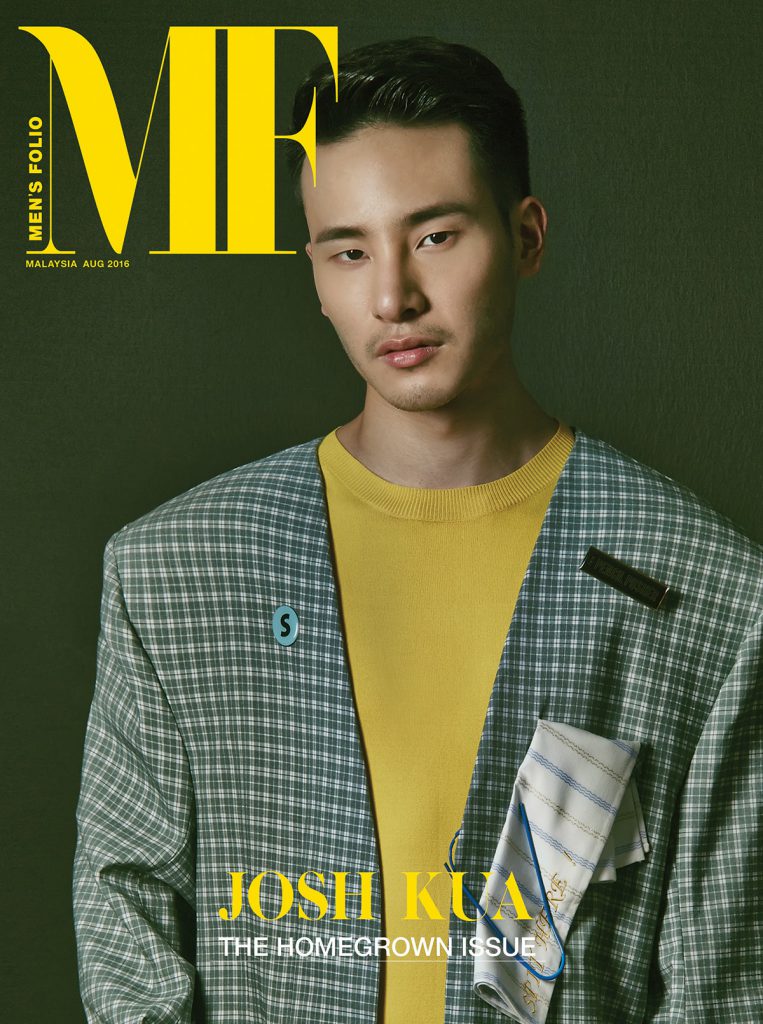 This August, the Men’s Folio Malaysia team decided on creating a patriotic issue featuring the many local talents we have in Malaysia and who better to front the cover than our local rising musician Josh Kua (@joshkua). 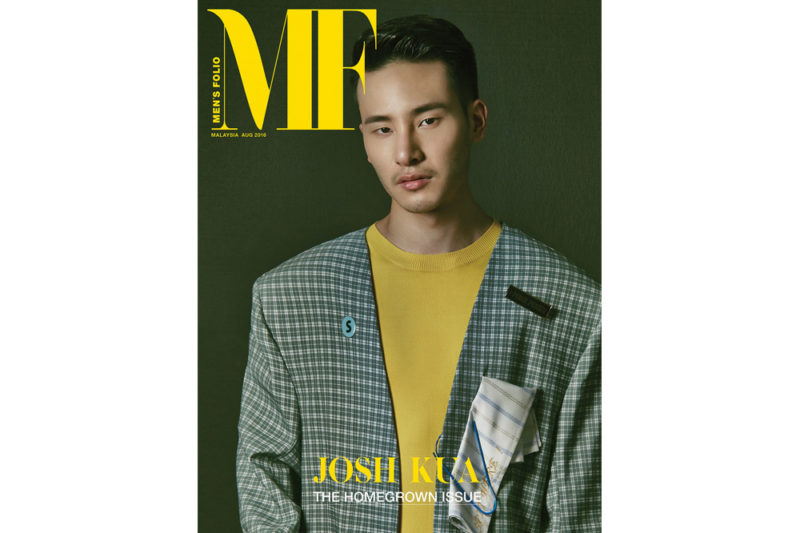 A man about town, a dashing model and a talented violinist, Josh ticks all the right boxes of a modern day gentleman and has won hearts of many with his talent and looks.

So what does it take to be a man like Josh? Read on for a snippet of our cover story with this budding star of Malaysia. 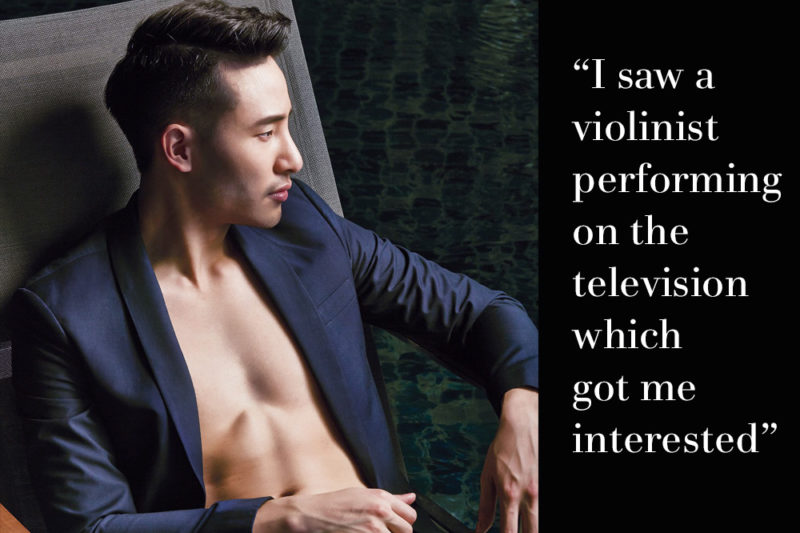 There is an air of infectious confidence in Josh Kua that comes with being comfortable in his own skin and yet, somehow, he is completely devoid of arrogance. When he arrived at the shoot location in a plain, grey shirt, he approached everyone in the room with a handshake.

He smiled at everyone, not because he had to but because he felt like it – assuring everyone that he was, indeed, happy to meet them.

We immediately found out that Kua is also passionate. On that day, the team was shooting him in places where he shouldn’t be. A construction site that was, admittedly, quite dangerous; on top of a pool table which may get him in trouble with the owner; and even on a ledge that was off limits and difficult to reach.

Without breaking a sweat, he posed under the unforgiving midday sun in designer overalls. Kua did not utter a single complaint even when he was asked to change outfits a couple more times then went back to the same spot, surrounded by hot concrete and heavy machinery.

Kua is obviously used to change and everything else that comes with it. 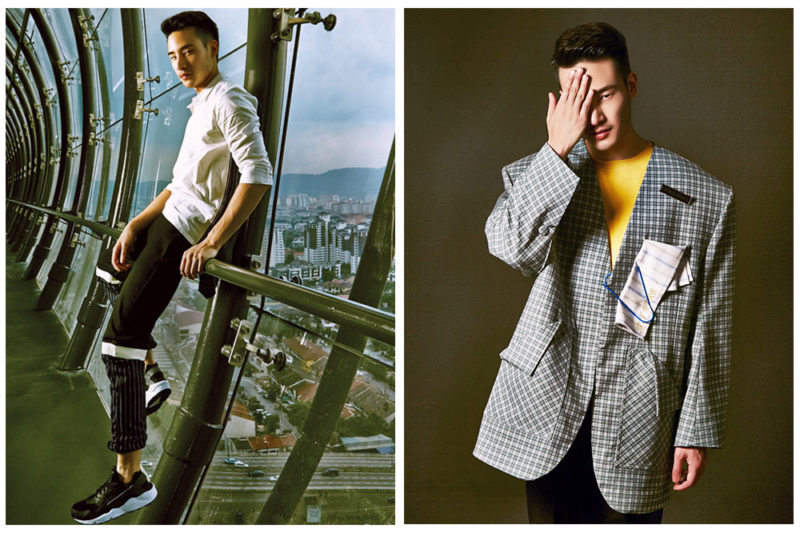 Kua got into music at the age of four, while watching TV inside his Melbourne home. “I saw a violinist performing on the television which got me interested,” he shared.

“My siblings also started learning music after I got into it but they stopped after some time. I guess it’s because my mother spent so much of her time focusing on my training that she did not have enough patience for them,” he laughs.

At a young age, music bonded him with his mother who guided him during the earliest stages of his learning process. Music is what he was drawn to, as well as academics and he admits to being quite competitive in these areas when he was younger. 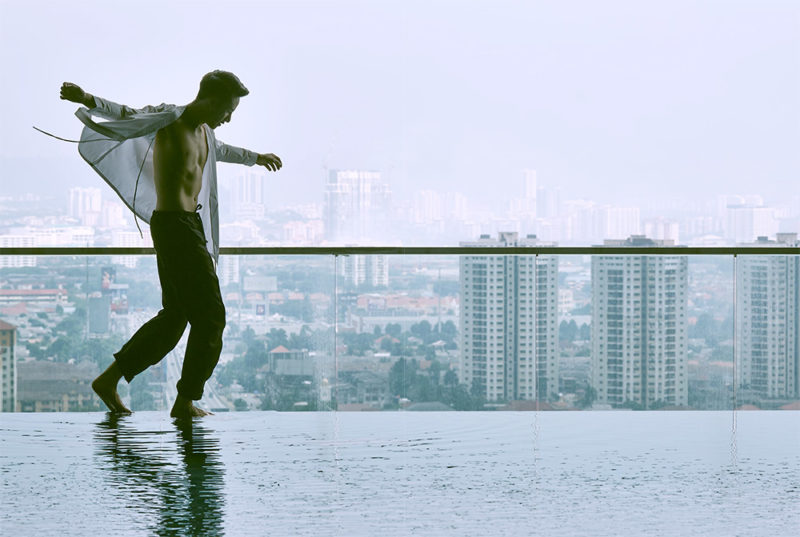 Modelling is yet another thing that Kua didn’t expect to find himself doing, despite his chiselled features and impressive height that made him an obvious choice for magazine spreads and runway gigs.

Getting into modelling ended up not being just a career move but a crucial part of his development as well. Slowly and steadily, it helped build his confidence.

With a modelling career, a successful concert last April, and an EP in the works, he admits he rarely has time to practise these days but tries his best to do so as music remains his top priority.

Classically trained yet unafraid to improvise, Kua’s music is an expression without words. His music changes based on feelings and stories that inspire him become the foundation of a new composition. 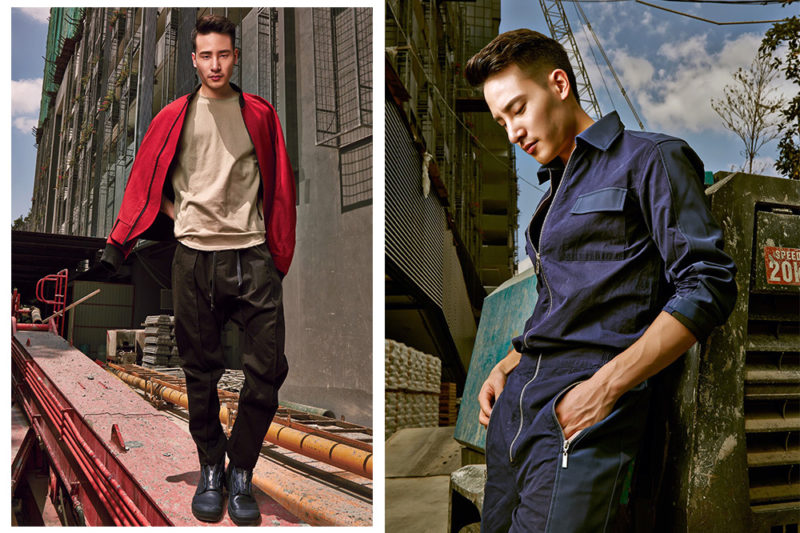 “My music is instrumental so I don’t have language barriers. I used to think that not being a singer was a barrier but it turned out to be an advantage,” he adds. His single The Change is undefinable, according to Kua himself. Easy on the ears with a mix of electronic elements and the classic refrains courtesy of his violin, the song moves the listener in a way only real emotions could.

His single The Change is undefinable, according to Kua himself. Easy on the ears with a mix of electronic elements and the classic refrains courtesy of his violin, the song moves the listener in a way only real emotions could.

“I did struggle at some point, trying to define my music or my image. After a while, I guess I just did not care. This is all ‘me’. I don’t know how, nor do I need to define it. This is my music. As an artist, I try to be as authentic as possible.”

For the full feature story and our exciting editorial spread with Josh Kua (@joshkua), get your copy of Men’s Folio Malaysia August 2016 issue at the nearest newsstands and bookstores or subscribe to our digital copy at www.magzter.com.