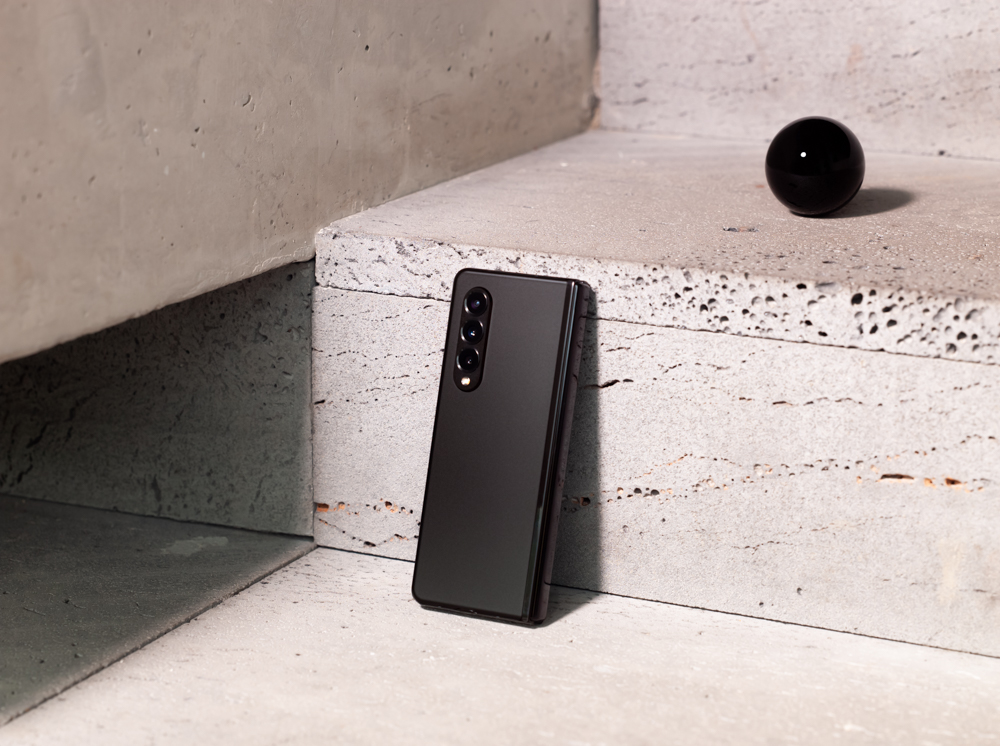 Since launching the first Galaxy Fold in 2019, Samsung has been maintaining – and improving – its core objective of providing consumers a foldable device capable multiplying the productivity and entertainment experiences by many folds. Thanks for the technically advanced folding display, it’s also able to fit into the pocket. The first generation was fragile and came with a high price tag – and the second generation came with a more robust folding screen but costed as much. This year, Samsung returns with the third generation: Galaxy Z Fold 3, that addresses both issues adequately while offering updates which will make many rivals hard to catch up. The device features two stronger screen displays, apps which help you take both work and fun to a whole new level, and something that everyone is talking about, S Pen stylus compatibility. Note: the S Pen is sold separately. 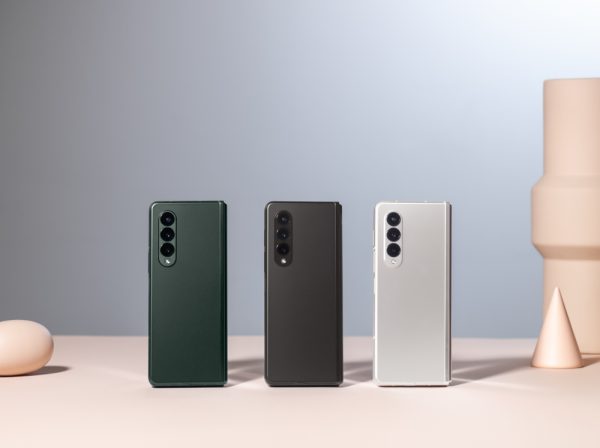 Samsung has streamlined the design at just about all the right areas of the Z Fold 3 with curved edges and sleek thick aluminum spine to boost the appearance of the device. In terms of materials, it’s outfitted with Armor Aluminium, which is has been reported to be thousand times more hardwearing compared to aluminium. The back of the device has a matte finish, which keeps fingerprints and smudges to a minimum, feels comfortable in the hand, while the screen on the other side is also protected by Corning Gorilla Glass Victus. The square-esque shape may feel unnatural when opening but it’s not impossible to get used to over time. 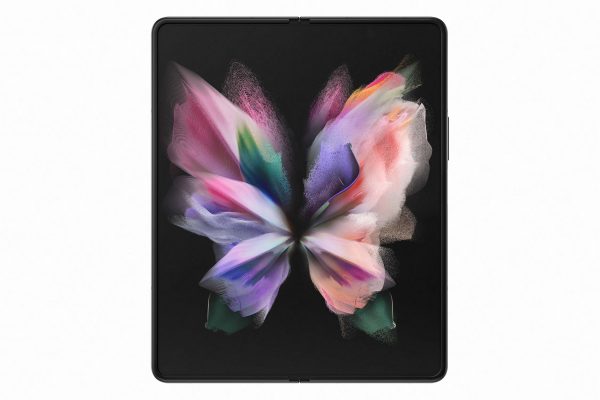 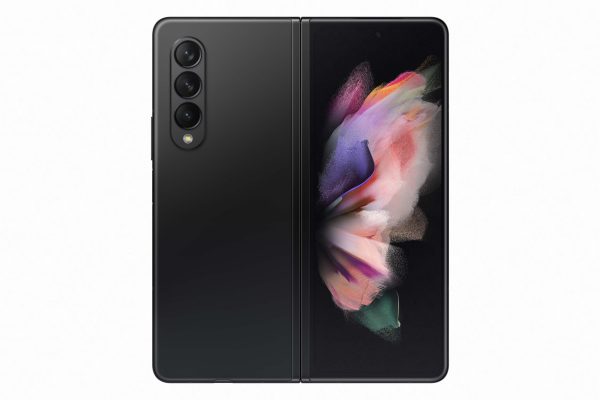 The flexible inner screen is commendable. The 7.6” dynamic AMOLED screen which can get adjusted to full screen, 4:3 or 16:9 – with a resolution of 2208 x 1768 pixels and a 120Hz adaptive refresh rate – offers plenty of space for multitasking and fantastic multimedia experience, be it tracking multiple WhatsApp conversations at the same time or watching a video while browsing the news. The new Taskbar allows users to switch between apps without returning to the Home screen at ease. What’s more, going from the outer small screen to the inner large screen to read, say, a message is possible. Contrast and colour are of the highest quality, especially considering that the screen folds in the middle. Since the Z Fold 3 support S Pen stylus, equipping it with a stronger protective layer makes absolute sense. Bonus: the display camera is barely visible! 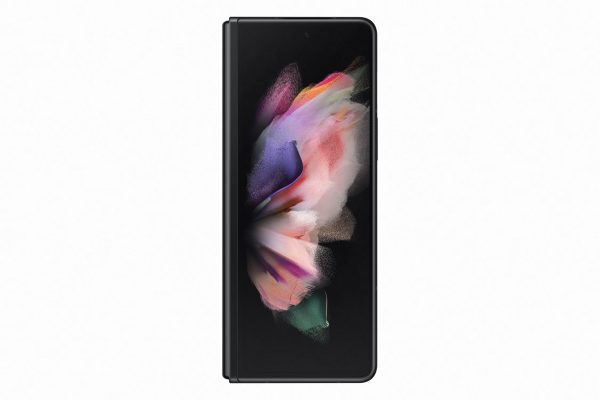 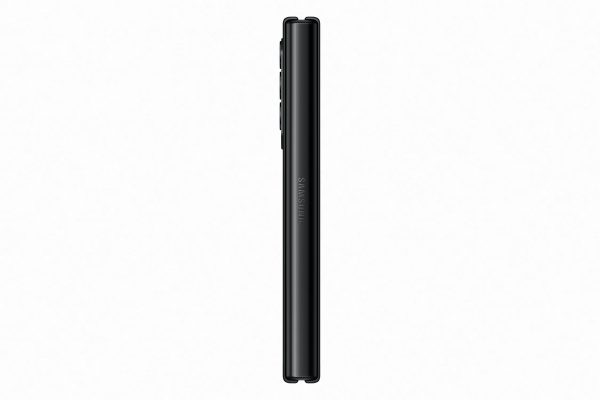 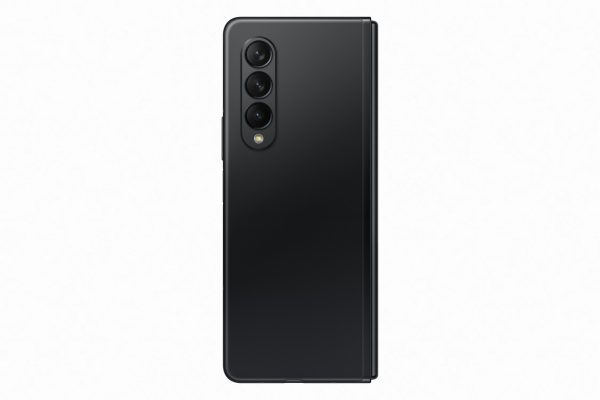 The outer screen display has a 6.2” HD+ Dynamic AMOLED 2X display with a screen resolution of 832 x 2268 pixels, and again, 120Hz adaptive refresh rate for smooth operation. It’s bright, colourful, and easy to use outdoors under the sun. If we were to be particularly critical, we’d say smaller ratio still allows it you to read emails or texts and scroll through your social feeds but challenging for composing messages.

Screen can be locked using Swipe, Pattern, Pin and Password – but personally, we prefer the fingerprint system on the screen lock button. The action is good, quick and accurate. As expected, the volume toggle at the side and the UBS-C port and speaker grille at the bottom, and another speaker grille and microphones at the top edge of the device work exactly the way they should. With stereo speakers with Dolby Atmos support, the intonations are clear and balance. And guess what? The sound doesn’t distort even if you were playing music at maximum volume level (not that you should). 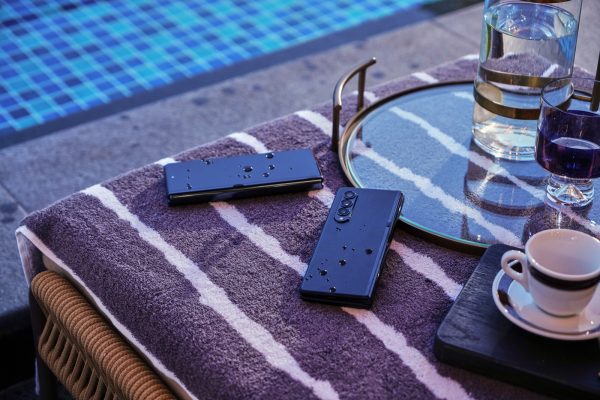 One of the coolest features of the phone is that it has an IPX8 water resistance rating. This is major for any smartphones but more so for a foldable device like the Z Fold 3. Even the hinge will expel water. And the water-resistant design extends to the hinge. It’d been even better if it was dustproof too – but who knows, perhaps in the next version. Despite everything that’s been packed into it, the Z Fold 3 weighs in at just 271g.

The Z Fold 3 is equipped with a triple rear camera system that includes a 12MP main, 12MP ultra-wide and 12MP telephoto, with dual OIS capability. In addition, for selfies, there’s a 10MP camera on the cover screen when folded and an average 4MP camera inside. Overall, the phone takes decent photos. If you want to make a video call, know that the outer display camera provides the best quality.

The Z Fold 3 is powered by a 4,400mAh battery. After putting the phone through a strenuous battery test that included surfing social media, watching videos and movies and gaming, we can safely say that it lasts a good 8 hours before having to reach for the fast charger. But here’s the thing: in this day and age when brands are cutting down on electronic waste, the Z Fold 3 doesn’t come with a charger, so make sure you keep your existing one.