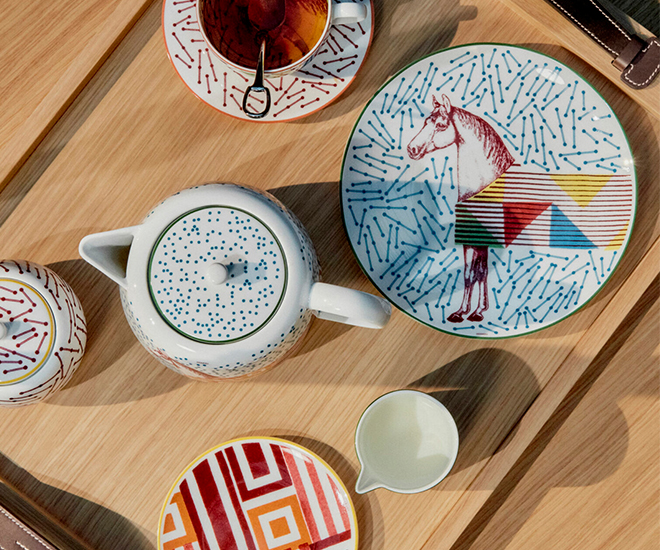 With the Hermès Hippomobile tableware collection, half the act of etiquette is aced.

Can something so straightforward in its function like a plate affect one’s appetite? Of course, it is called the Delboeuf illusion — a psychological phenomenon that affects how we perceive two identically sized circles in relation to a circle that contains it. A pizza looks larger and more appetising on a small plate as it is compared to when it is perched on a larger plate. Even simpler visual cues like having a similarly coloured plate to one’s meal of choice will whet a fickle appetite.

Such mobile and compact food vessels have elevated their status as a grab-a-six-pack-set-and-go to a millennial white-collar symbol in recent years. One is only as fancy as the food he ingests, even fancier if he eats off porcelain from a Maison that encourages one to eat on-brand — that is the ethos behind the Hermès Hippomobile collection and frankly, any tableware the French House has produced. After all, each item is manufactured in Limoges (a city in southwest-central France) that is widely acknowledged as the centre of top-tier tableware production. 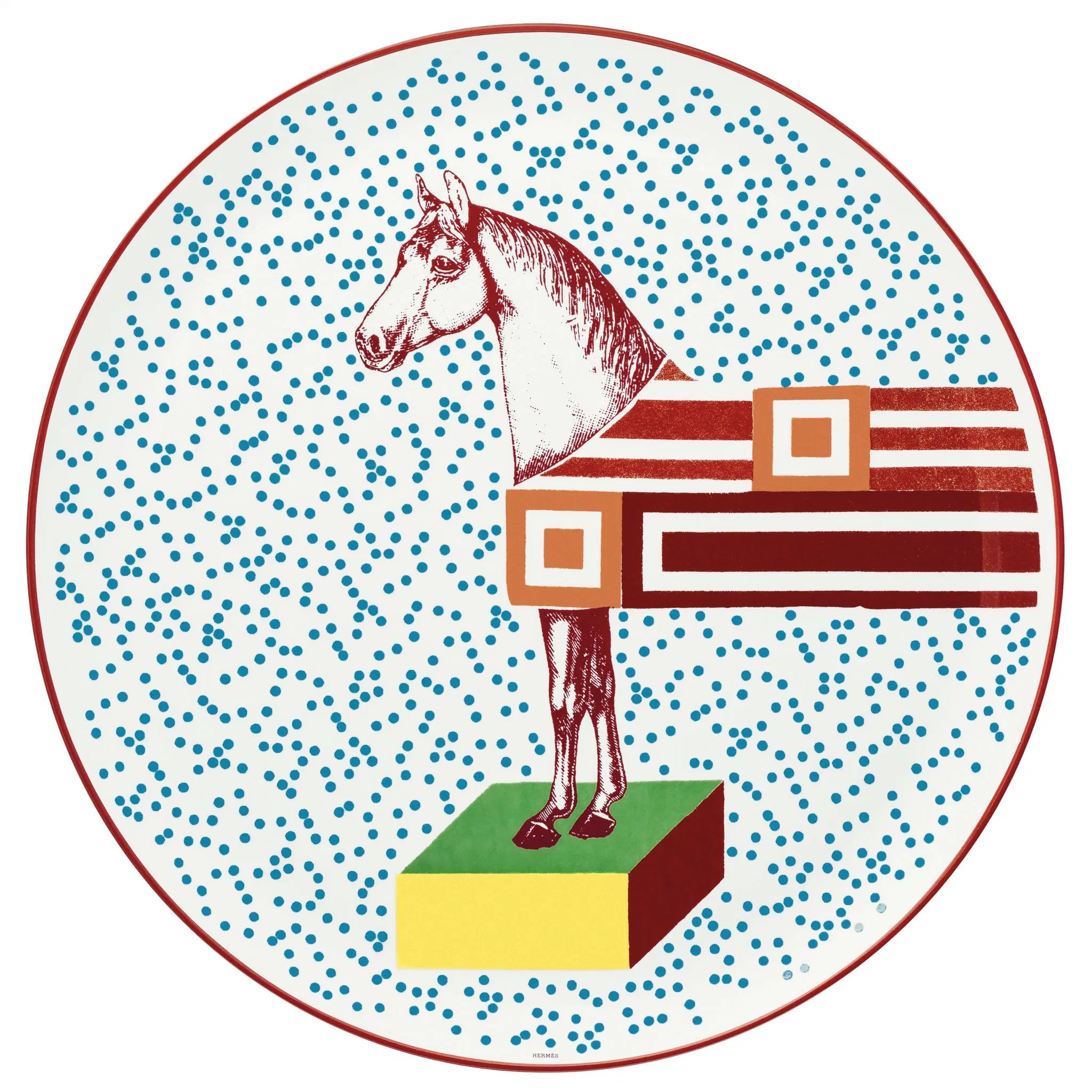 Unlike the verdant lushness of the Passifolia range or the nomadic nature of the Bleus d’Ailleurs collection, the Hippomobile collection telegraphs to the world what it could use more of right now — unbridled joy and lightness in spirit. Each piece also feels smooth and cold in one’s hands, a tactile antidote to the rising heat levels.

“I envisioned a horse with an elongated back that could hold several riders. A kind of limousine horse” shares artist Gianpaolo Pagni. A spark ignited by the inspiration built off cartoons and vibrant prints of jockey silks, the colourful jackets and helmet are what a jockey would wear in a race. 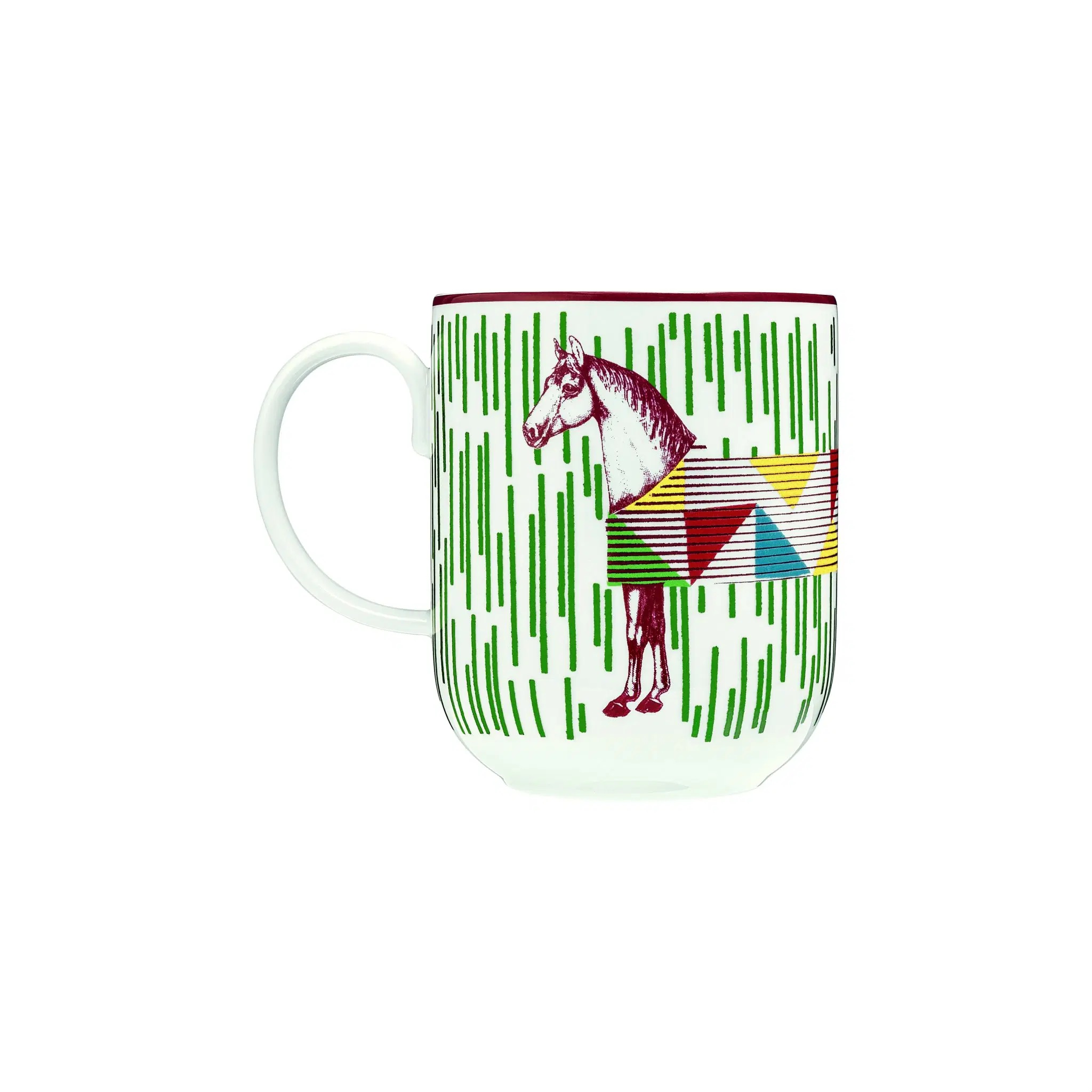 Back to the stables that Pagni went to, where he took inspiration from an engraving from the Émile Hermès collection, a treasure trove of equestrian antiques in the very same museum that stands atop the headquarters at Rue du Faubourg Saint-Honoré.

Covering the Hippomobile collection with graphic friezes (a Greco-Roman Classical architecture technique where a long, narrow, horizontal panel is used for decorative purposes), Pagni has created another iconic motif for the House. A horse wraps its body playfully around a teapot, another mare marks itself across three plates and a motif sneaks up inside a cup, encouraging one to quench his thirst and peer in for a surprise. 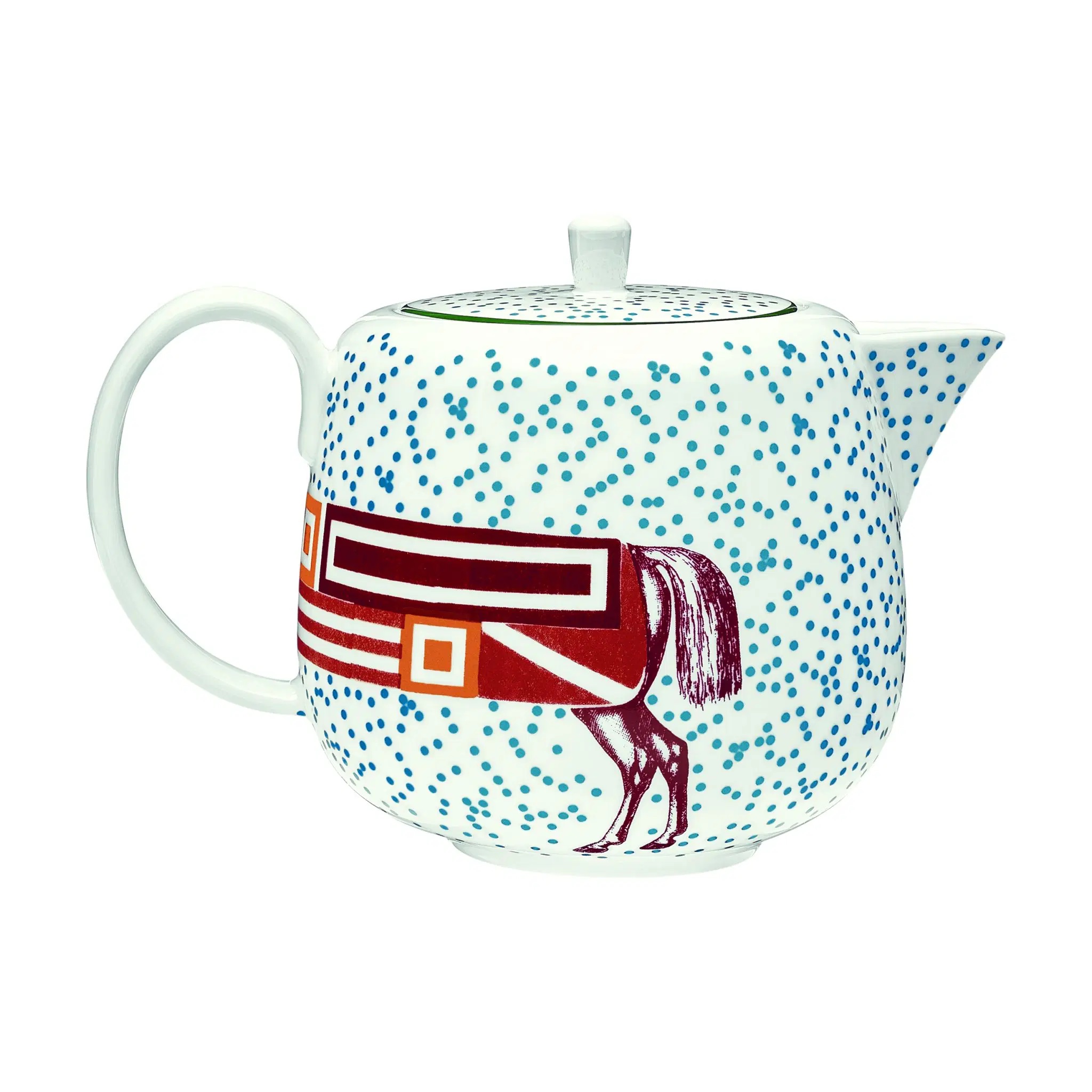 If one is in the mood this Summer and the clock is on his side, he is encouraged to extend all that elegant enjoyment with the full range. Beverages and food can taste delectable on simple dishes but on Hermès Hippomobile porcelain, this thrill is twofold.


20 best jewellery to pep up your outfits