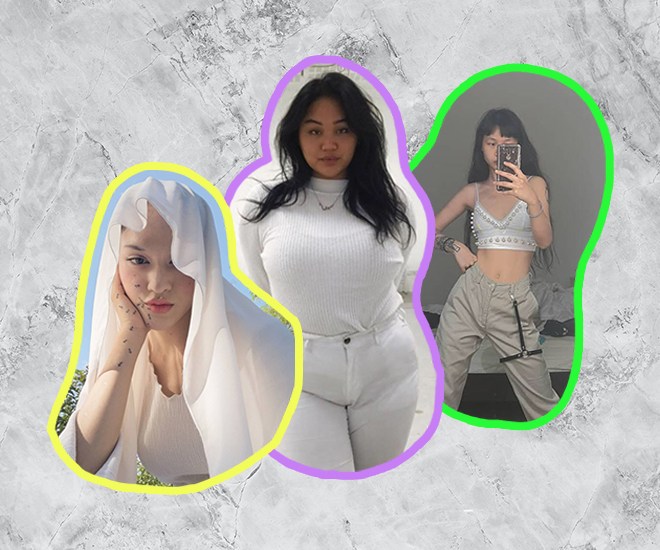 Introducing these three incredible female artists express their creativity by going against the traditions. 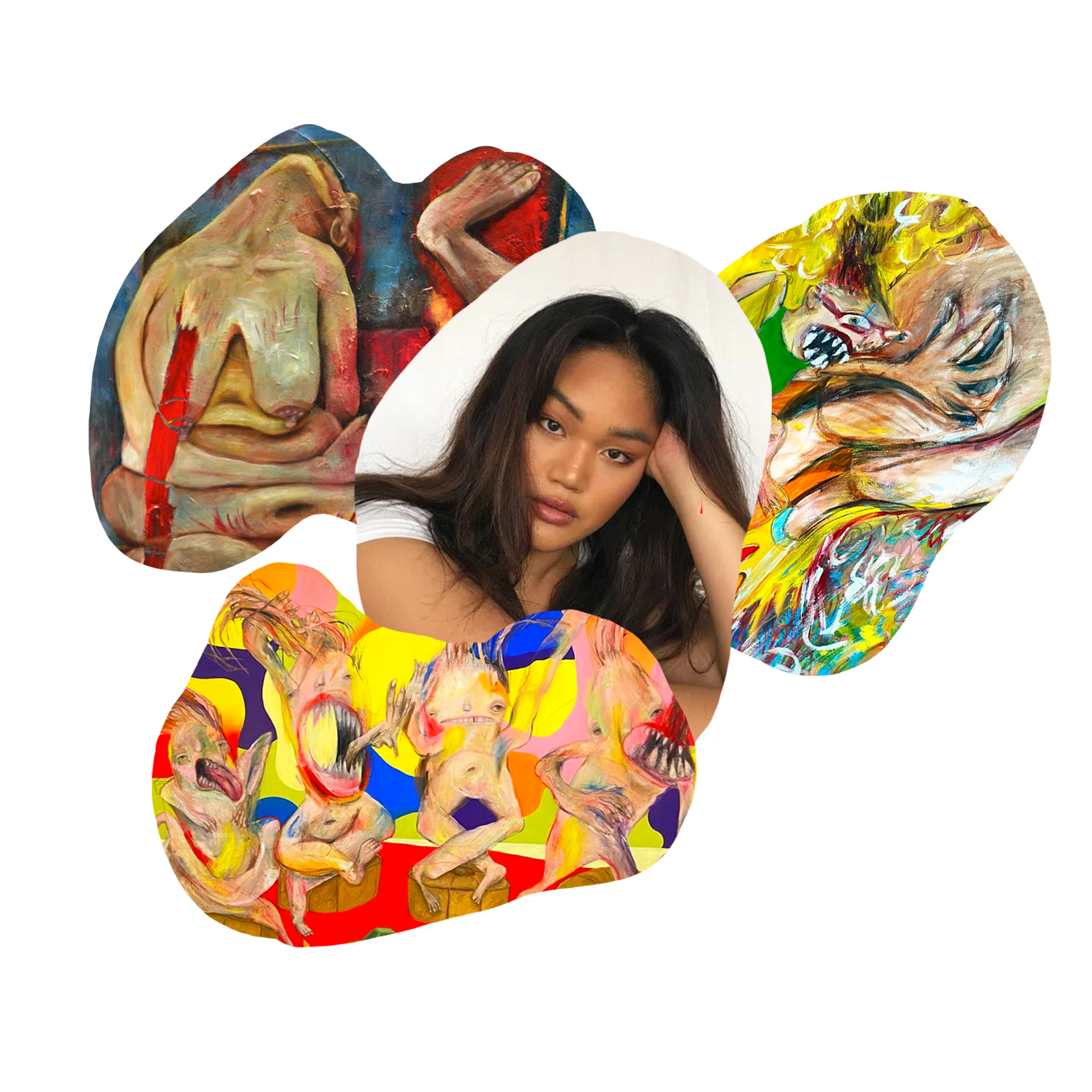 21-year-old visual artist Alya Hatta is not afraid of going against the odds. Her changing, colliding bodies evoke questions about the subjective self, and how gender and sexuality inform identity. She is also interested in concepts of putting together surrealist and psychedelic scenes in all forms – from painting to digital – questioning the formal rules of artistic expression. She is now in her final year at Goldsmiths, University of London.

How do you feel about women in art?

I can only speak for myself here because I have had the privilege to not think about how my gender could have affected my artistic career for a long time – I was naïve to the situation. But getting to know more and more women in the field, having the closest people around me being women, I have realised the limitations and definitely a real sense of discouragement, seeing the overwhelming majority of collected artists being men. I feel that what I can do right now is make work that speaks for itself to a point where me being a woman doesn’t impact how accessible it is for my voice to be heard and my artwork to be seen.

Most of your artwork play with the idea of distortions. Is there a reason for that?

I’m just trying to portray the intimacies of life, both physical and emotional. I’m trying to create a fantasy and romance from good times but also recognise the strain and terrors that can be felt over even the most mundane microaggressions. The distortion and abstraction come from the transformative process of what has happened versus how we feel in that moment and how our memories of events can change over time.

In your opinion, how can art address the massive issue of gender and equality – and how do you incorporate that into your artwork?

I don’t think that a single artist or artwork can adequately tackle the subject. We only really know and can speak for our individual identities which come with or without certain privileges. I think an artist can best express their individualised experiences and hope to connect with people who feel the same way, or hopefully even start a conversation with someone who might not feel the same way. I think art objects are ultimately conversation starters and you never know how one conversation could snowball to greater effect. I would say I express abolition of gendering and feminising the female body by reclaiming the female nude and removing the idea of the male gaze and any historical representations of the nude. I view nakedness in my paintings as liberation and expression in its purest form and being able to show the artwork in certain contexts is an act of defiance in itself.

Some of your artwork feature with sharp teeth, wide eyes and long limbs. Do they actually mean anything?

I think that we feel a lot more than our bodies can physically express, the length of limbs and how they intertwine with each other almost mimic and exaggerate the poetic movements of dancers. I don’t feel I have any need to stick to reality – I wouldn’t be painting if I needed to do that. Even in my video work, 3D space is infinite and there’s so little you can’t do. Sharp teeth and wide eyes just represent a moment in time. Sometimes painting it that way just made sense at that particular time, it might have just been quicker that way, I might have not even been angry like that – but it’s how I felt in that moment. 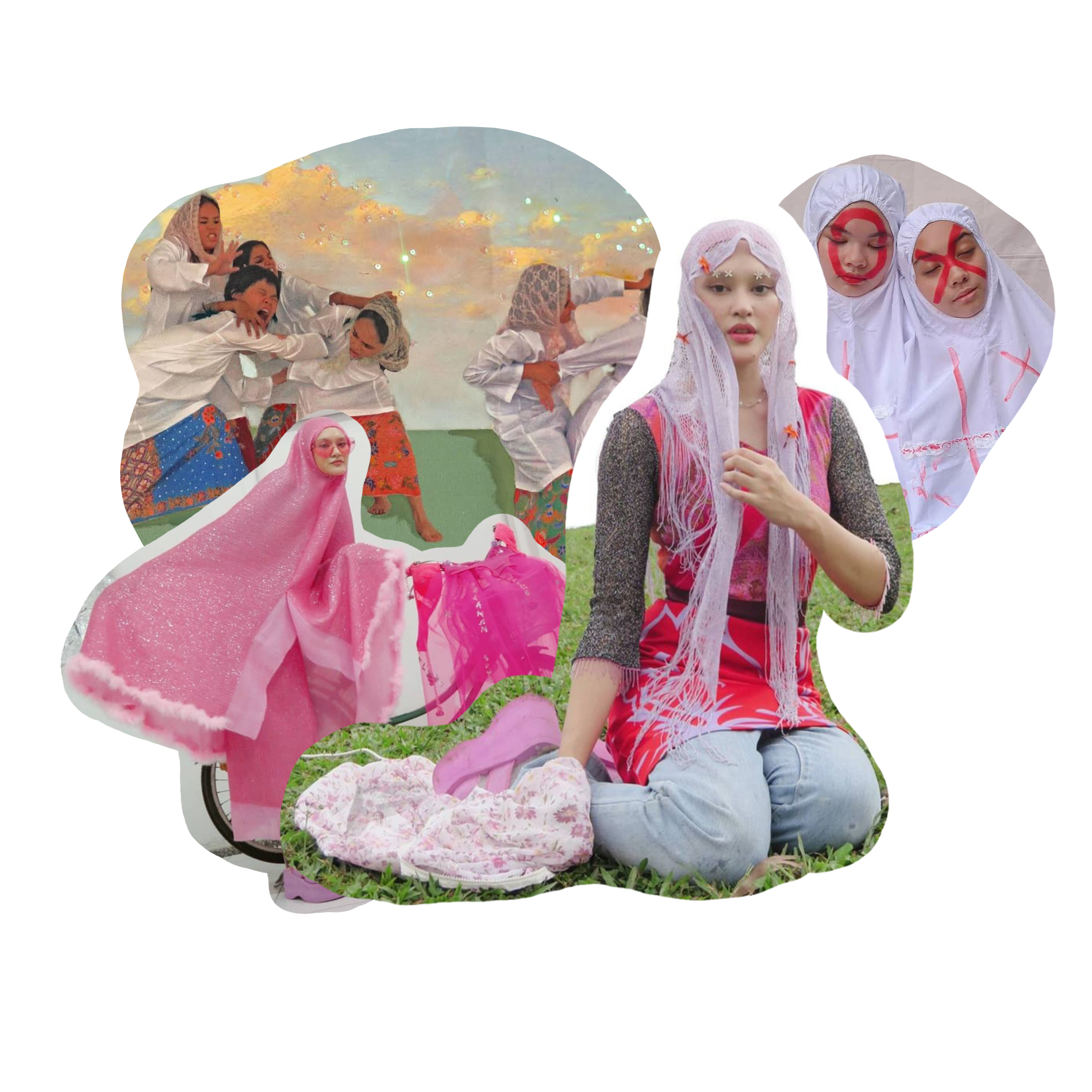 For someone her age, Dhan pretty much has everything under her belt. Besides being a multi-disciplinary contemporary and performance artist that everyone should keep an eye out for, she is also a model, fashion designer, editor-at-large for an indie publication Mulazine, member of Malaysia women’s national ice hockey team and the list goes on. Having found her voice through art, Dhan sees it as an outlet to break down labels and identifiers placed on women in a conservative society – and the crowd certainly can’t get enough of her creative juices.

We are curious to know about your expressionism artwork.

My role is to use my art as a tool to amplify what’s already present in my as well as viewers psyche without them knowing that part of them has always existed. I think the biggest problem in today’s world is intolerance and a lack of empathy, so as much as I can shape how the experience can be consumed by viewers, I take more into mind how it can change. I want there to be space for the viewer to exist in the final representation and creation of it, bridging a way for them to open to a perspective other than their own. It’s an act of sharing – almost like a quiet collaboration.

Which of your artwork is the closest to your heart?

That has got to be one of my earliest works. During the time I was in high school. I did a series of black and white intricate illustrative pieces. I went through a rough start in high school, nursing my mother who was diagnosed with cancer at home, transferring from a small town to a suburban city, changing schools all the while trying to make sense of puberty. Not long after, the sudden loss of my mom and coping with a broken-dysfunctional family led to depression, which at the time the only medium of escape to process my emotions was through my art, so the pieces that I created at the time to me stemmed from my wish for a saviour, and it came to be my source of strength.

How do you cope with the idea of gender and equality in your artwork?

Since my works are tied to my personal development, so naturally I document not only my being as a woman but how other women share similar struggles, one woman’s voice can help give courage to another woman to have hers heard too. I won’t say women don’t have a voice, they do, it’s just often not heard or muted. It’s about sharing courage to be bold and set the standard of your own narrative of yourself.

Do you think wearing a hijab image will hinder your dream as an artist?

Not at all, generally, it has shaped the treatment that I have received within certain spaces, but since I view it to be my personal choice, it leaves little room for anyone to dictate in the sense of how they’d like to commodify or how they’d like my role to be played out, it does make it more apparent on whether it be in my best interest. It’s helpful in that sense, however being a visible, young unconventional Muslim woman, it’s inevitable that it comes with its own special set of obstacles, and I have to sort of figure out how to manoeuvre around and create my own place to exist. 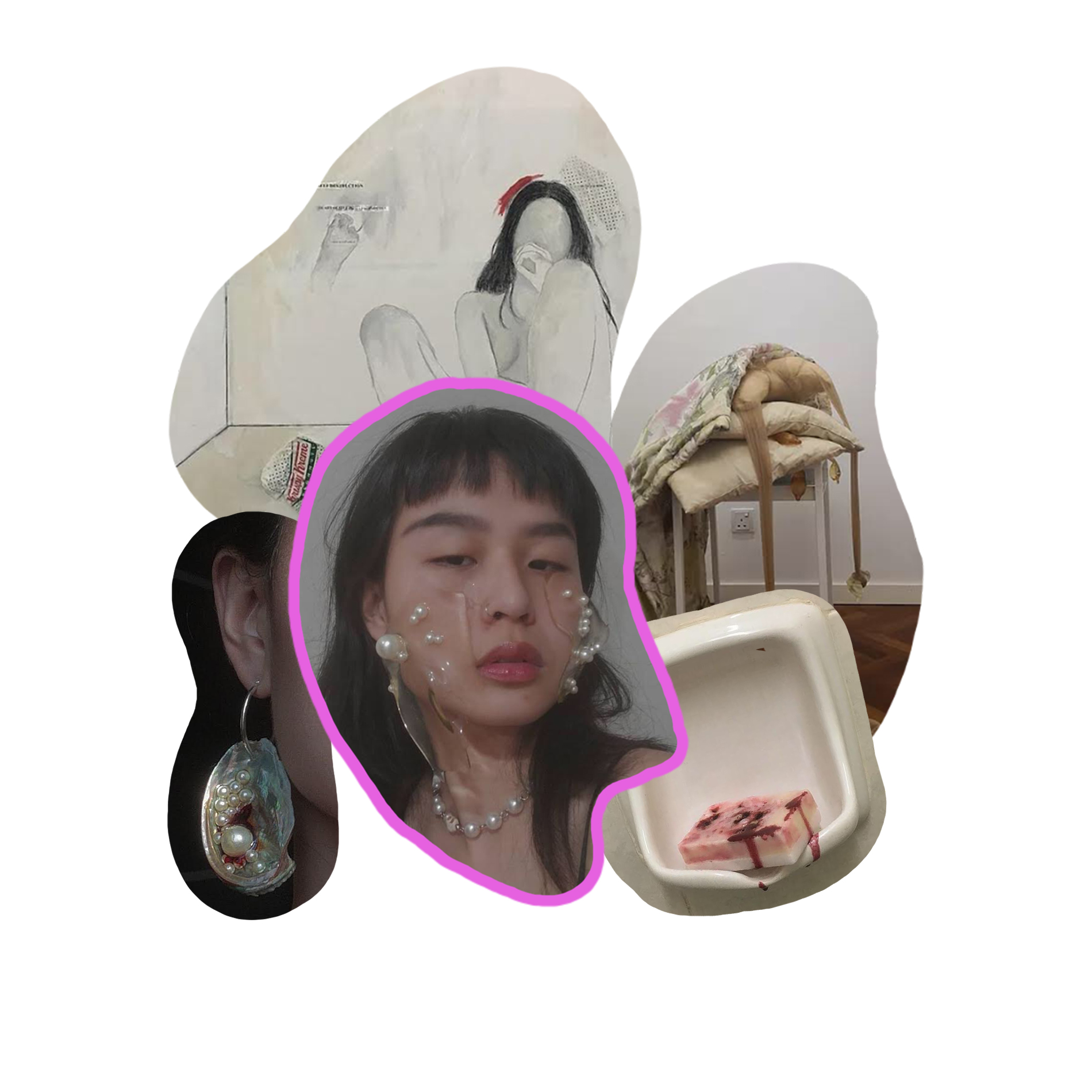 Your artwork are quite explicit, mysterious, pleasantly strange and thought-provoking. But how would you describe your artwork?

Visceral, intimate, and raw. I like to probe the uncomfortable and dreaded aspects of womanhood; I thrive at the fact that my artwork make people visibly cringe, to me that’s breaking the norm and starting new conversations.

Can you tell us about the one where you used condom as your subject? What is the message behind it?

“In Defence of Pleasure” is an installation work that consists of suspended condom-shaped resin sculptures. Most of them bear strips of anonymous confessions submitted by women. The goal was to encourage women to express more freely in terms of sexuality, and to break the silence surrounding women’s bodies.

Did you get the reaction you want from the audience?

Many were confused and taken aback, some were amused, and there were of course people who were disturbed. Above all, I appreciate every reaction and commentary given by my audience. It is what drives me to push myself more. Despite being very supportive since the beginning of my creative journey, I think my family never understood what I’m doing. I think they just love seeing me doing what I enjoy the most.

What’s your take on the role of art on the current climate of gender and equality?

We can say and write as much about societal issues but the impact that a visual can provide and provoke is something I think words can’t achieve. I’ve always been fascinated by the grotesque and ugly side of things, especially womanhood and femininity, things that are supposed to be “pretty and dainty”. Thus the “explicit and strange” you see from my works. To me these are the realities of womanhood and the inequality we face.

How does it feel to be a woman in the art industry?

Being an artist in this day of age is hard enough already, people don’t really value art nor the artist enough even though we see art almost everywhere in our everyday lives. We are the “non-essential”. Being a female artist on the other hand, I sometimes feel like society are expecting more from us but at the same time, they disregard us if we’re being too loud or too quiet. Truthfully, I think it’s really tough but whatever the situation is, I believe it is important to have our own stance in whatever that we do. I choose to be someone that’s vocal and unapologetic through my artwork.

Apart from making arts, you’re also educating the public about sex positivity and selling adult toys. Can you share with us about this project?

My art has always been about intimacy and pleasure but art isn’t exactly accessible to everyone, thus the birth of Erosu. The goal is to normalise healthy and progressive conversations about sex education and to provide a safe space for people to talk and share their experiences. Through Erosu, I hope to reach out to more people and help them in their journey of self-love and acceptance.

This story first appeared in the April 2021 issue of Men’s Folio Malaysia.


AstraZeneca COVID-19 vaccine: What you need to know