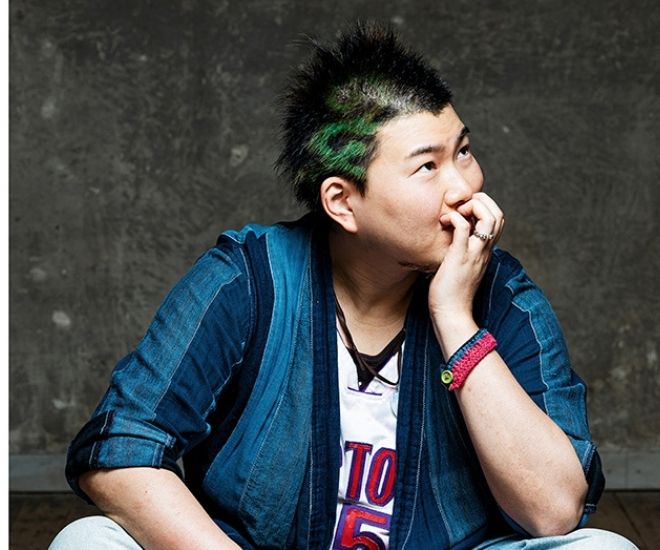 When we catch glimpses of Takashi Hara’s masterpieces, we think absolutely nothing about traditional Japanese Calligraphy, or Shodo, which loosely translates to “the way of writing”. Yet, it is just that age-old art form that the 37-year-old Japanese artist’s works invoke in both essence and execution, making the crux of their appreciation in the storied process than the outcome. 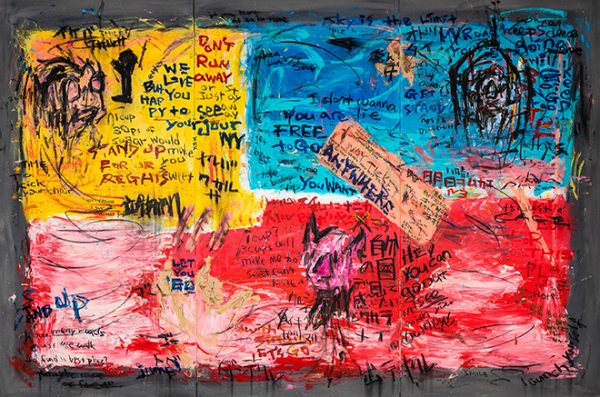 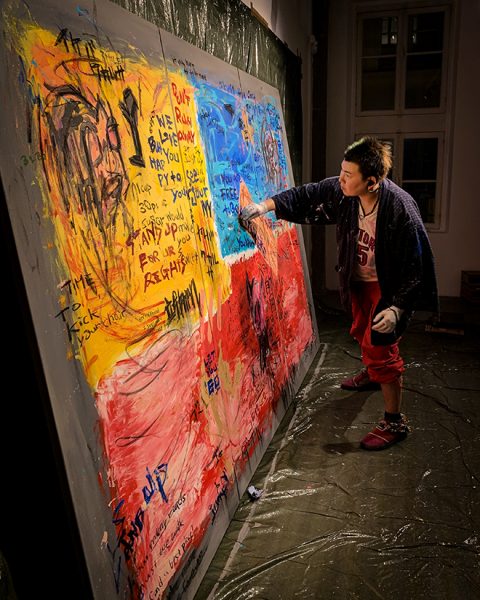 What were your first steps into the art industry like?

Aged 6, I was already convinced that I was to be an artist in the future and informed my parents of my decision – much to their dismay since I was constantly angering my mother by doodling on any surfaces and in pages of every possible book I managed to get my hands on. One year later at 7-years-old, I began my studies in calligraphy, which became the foundation of my artistic ventures down the road. For 2 years after high school, I was under the tutelage of prominent calligrapher Koshin Soeda. Unsatisfied with honing my skills in a single art form, I further pursued an education in the arts, thereby attaining a double B.F.A. in Fine Arts (painting and ceramics) from the University of Regina in Canada and an M.F.A. in ceramics from the Arizona State University in the United States. 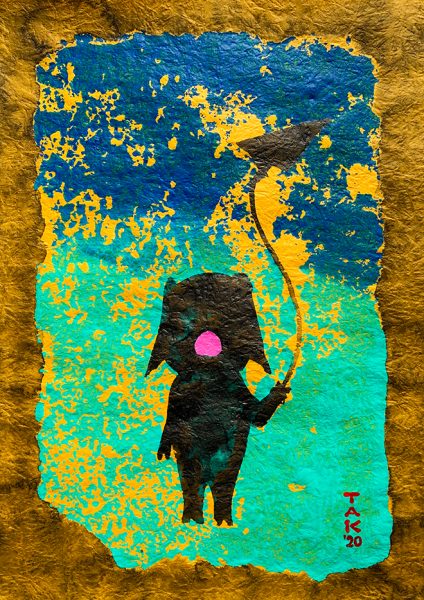 With traditional calligraphy as the initiating art form taught to you, the visual elements of your works are not reflective of it; so, what is the artistic direction of your style then?

I would not go so far as to say that my works do not correspond with the knowledge I have acquired in Shodo. While my pieces do not look calligraphic, they are still encapsulations of the style’s energy, brush strokes, fusion of intentional and accidental texture, and most importantly, texts. Artists like CY Twombly, Robert Rauschenberg, and Willem de Kooning are my go-to references for my adoption of the expressionism style, and Mark Rothko’s colour field paintings are the muses for my colour application. Since I made the decision to break out of my mould in artmaking, colours are what separate my style from Shodo, the present from the past. Some of my works are presented with colours and brush strokes as the subjects in themselves rather than figurative forms. I do adore the vibrant energy colours can evoke within my pieces. Also, my stints in multiple countries have taught me that remaining within the premise of a single art style will not get me very far in my career, so I began exploring with other means and mediums, such as to abandon the paintbrush and smear pigments from my fingers, to keep my artforms eclectic and relevant to the ever-shifting landscapes of society today. I would say that my style is as malleable and wavering as what the French would call the “Punk and Zen Art”. 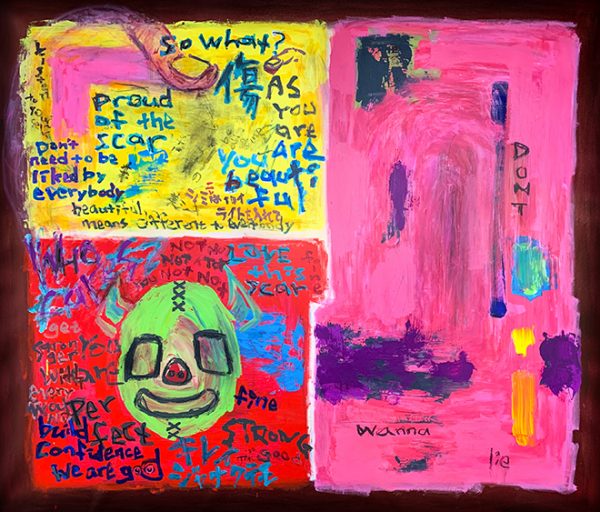 Could you enlighten us on the ideas behind your artworks?

Shodo prides its focus on the introspection of mind-body connection in every individual; my approach in art is similar in its concern for what lies beyond the self and extended towards social constructs in a more personal-social connection. In Japan where I currently reside in, the communities here function greatly on herd mentality. As an artist who has lived and was educated abroad, I now face a certain degree of ostracism by the creative communities as I am neither part of the local university alumni groups nor art clans. Adverse as that may seem to me, I decided to use it as the framework for my art and shed light on issues plaguing society. On top of that, artists in Japan just do not hold a candle to the likes of T.V. personalities or celebrities – contemporary artists are too stoic in comparison. As such, I began embracing my identity as a non-conformist who is exclusive in my own rights. I adopt a variety of imageries as allegories for these issues the same way Aesop uses animals in his fables to cover religious, social, and political themes. As the Japanese saying goes, “The nail that sticks out gets hammered in,” and I aim to be that nail who puts a dent in the hammer. 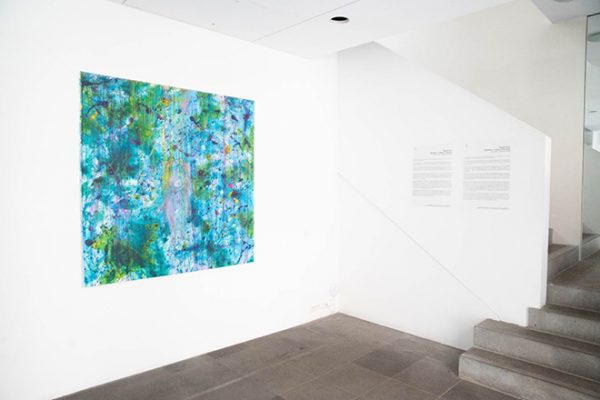 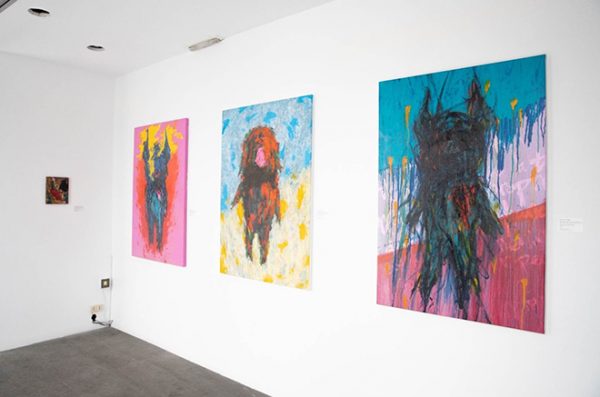 What are the personal achievements you have amassed with your art and what are your next steps in your creative career?

Since 2004, I have considered myself as an international artist whose works are mainly showcased in Canada and the United States with many more solo shows in parts of Asia and Europe. Due to my international presence, I managed to secure several collectors and am working closely with galleries like A2Z Art Gallery. I have to say that my achievements as an artist should be credited to renown Canadian ceramic artist Victor Cicansky. Back when I was in Canada, I became his final disciple and assistant for two and a half years, which I benefited tremendously through his guidance on professional artistic practices. I have several exhibitions planned for the next year, including my next solo show that was is slated to happen in Paris, but all will depend on the status of this pandemic. One of my more prevailing themes that I have been working on is the symbolism of pigs as a critical element in my commentaries of a manipulative society. I will be expanding on and exploring this idea in my works for my upcoming shows. 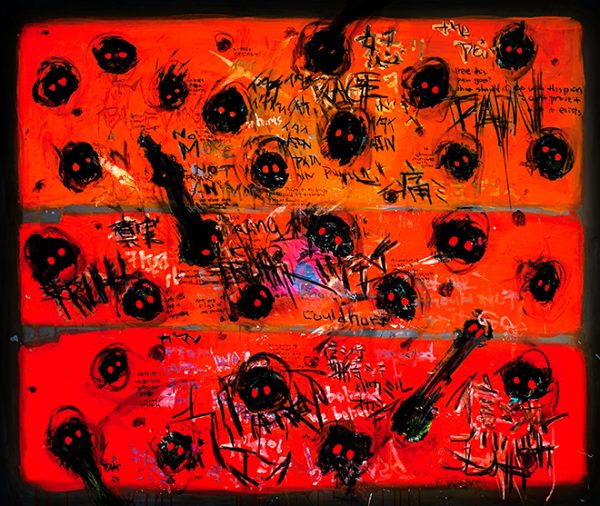 For those who wish to explore the fabulous fables of Takashi Hara, drop by https://www.takashihara.com/index.html or his Instagram page (@art_x_tak).


Meet the founders behind the two footwear brands coveted by Malaysians