On The Cover: Alvin Chong on his vision for the future 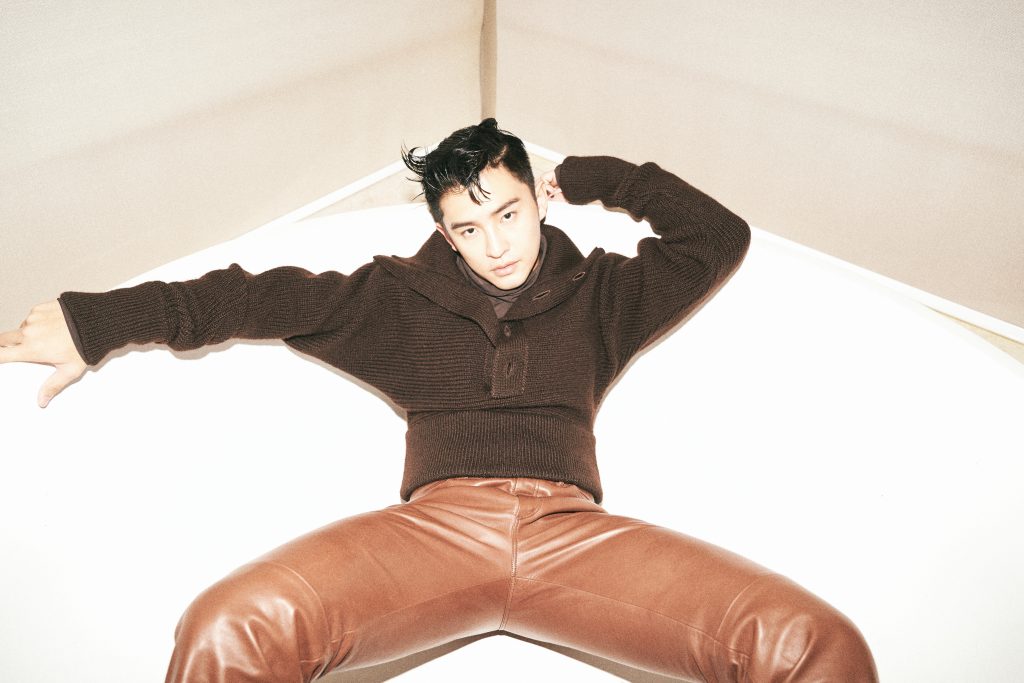 Professionalism: it is important. As are the making and the maintaining of commitments. As is the duty to uphold a promise which ostensibly accommodates everyone, if it wasn’t the other way around. Which the latter, of course, often holds true because of the ineffably capricious nature of the business. Alvin Chong exists as a kind of a strange unicorn: his devotion to taking actions in a steady, constant basis, thoughtfully ironed out so sharp you could slice through hurdles and obstacles with them. He’s considered omnipresent and a little elusive, on a wavelength that defies plenty of contemporary conceptions of celebrity.

18 hours ago there was the Men’s Folio invitation, Chong confirmed an hour later, to come for this photoshoot at Banyan Tree Kuala Lumpur and talk candidly and without caveat. He arrives at the suite at 9 am on the dot as scheduled. He has exactly three hours before needing to rush off to a press conference, so he immediately walks – almost dashing – to the hair and make-up area as the door closes nonchalantly behind him. 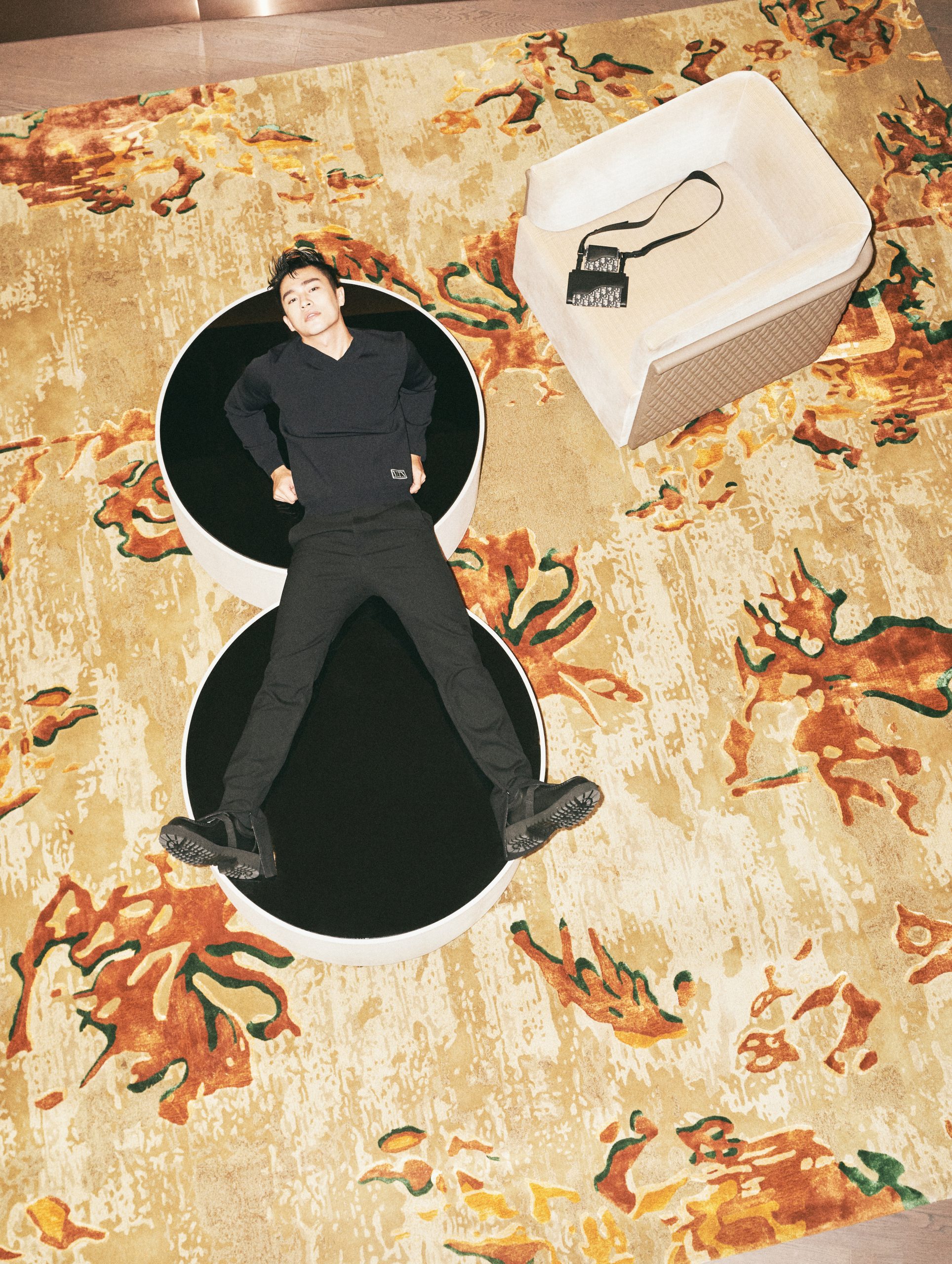 “How well do you adjust to new situations?” I ask as we settle down on a sofa on the upper floor. “To be honest, I can adjust very well,” he says. Immediately there’s that smirk, one that hovers between charming and cheeky mischief. “Learning new languages, acting in Malay-language productions, performing in foreign countries, venturing into fashion – as an artiste who sings, acts and models, I’m constantly adapting to different environments.” A pause. And then the head tilts slightly to his left. “I’ve mentioned in one of my interviews before – if anything, I can confidently admit that I’m a survivor,” Chong, who also describes himself as “weird, loving, secretive and ambitious, continues.

“To be honest, I can adjust very well…learning new languages, acting in Malay-language productions, performing in foreign countries, venturing into fashion – as an artiste who sings, acts and models, I’m constantly adapting to different environments.”

The exact meaning of fulfilment is ever-evolving. At the moment, Chong finds immense pleasure in soaking himself in positive affirmations from his diverse fanbase. “The achievement of an artiste is defined by his or her works, especially when they are recognised by many… My biggest achievement is being relatable to our different ethnic groups and the industry is so competitive yet dynamic now compared to before with the rise of social media,” he says. Speaking of which, Chong has 1.2m followers on Instagram and 1m on TikTok, which have proven to be powerful tools that he uses to establish his solid online presence. What is his trick to growing his social media audience? “Be genuine and honest. It is not only important for promoting your brand, but also plays a tremendous role in shaping and influencing opinion so I have to be very thoughtful in how I use it.” 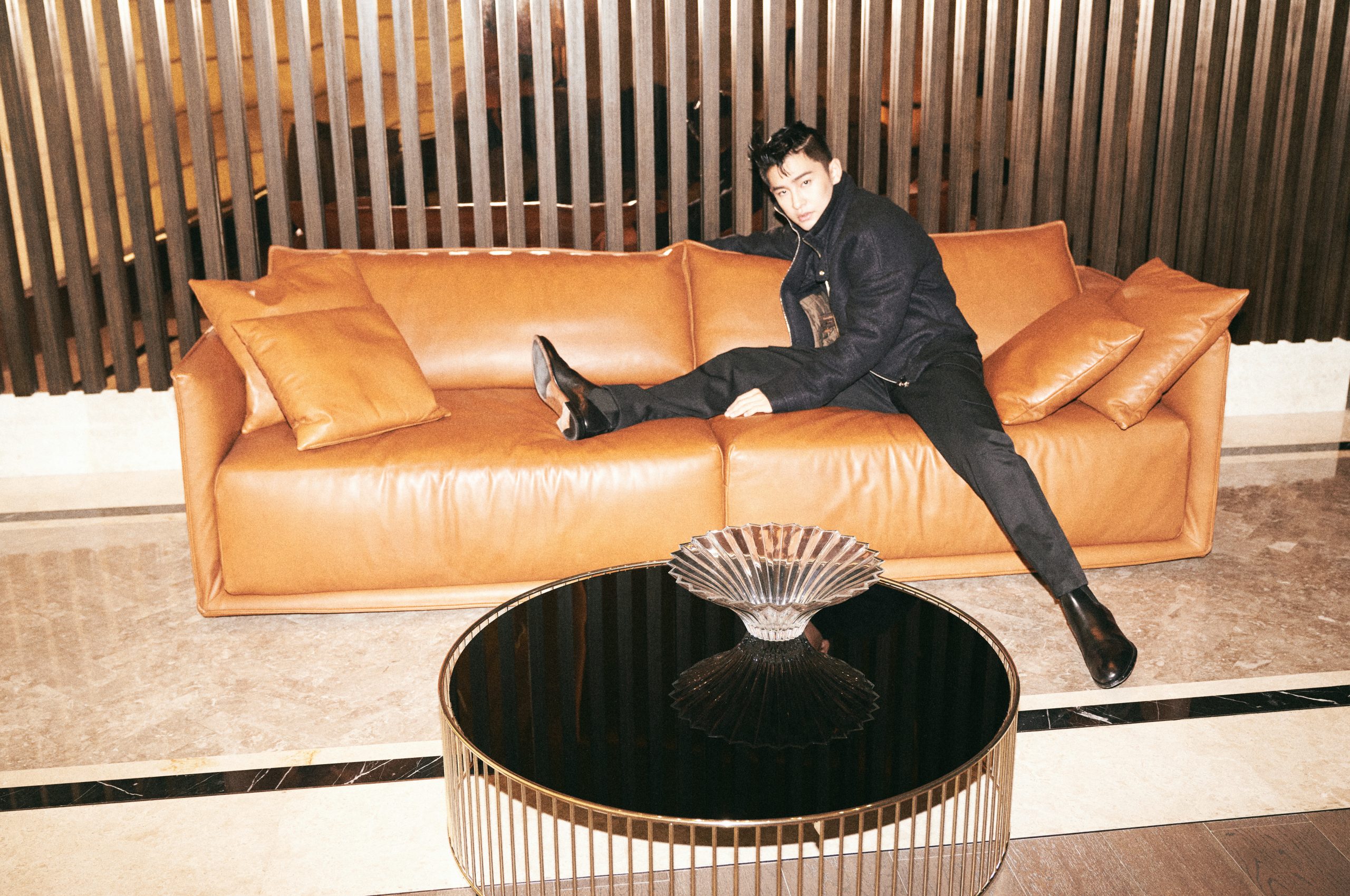 At the time of writing, Chong’s busy promoting his latest single called Sayangku Salmah, which has seen massive success since going viral on TikTok, and he’s also about to release two more singles as well as going on set for a TV3 series which is scheduled to air early next year. But should we assume that everything has always been smooth sailing for Chong? Definitely not.

“When I decided to go into acting [after having started singing first], I went for many castings. Of course, I got rejected many, many times in the beginning but I didn’t take them for granted, the tests that I encountered, I saw them as challenges to rise. I’m fascinated by acting scripts with unusual and challenging storylines and music with the most emotional lyrics… I don’t think I have gotten my big break yet. Obviously, I still want to be earning more and gaining wider recognition as a singer and an actor beyond Malaysia. One of the harshest criticisms I have gotten so far is that I have zero talent and it’s just pure luck that I get to where I am today. Of course, these kinds of comments demotivate you but I don’t dwell on them. Instead, I bounce back quick, stronger and more resilient – surrounding yourself with a support system of people who have trust in you helps a lot.

“I hope to see a greater sense of unity, faith and support, and the emphasis on fostering innovation simply because it encourages productivity and growth,” Chong says, and concludes, “and less toxic and negative culture in the local entertainment industry.”

Read the full interview feature with Alvin Chong and see his full photoshoot with us in our latest Men’s Folio Malaysia November 2020 issue, now out on newsstands, bookstores and online via magzter.com.


The Christian Louboutin Loubishark Sneaker bites back this season


4 powerful smartphones you need to have