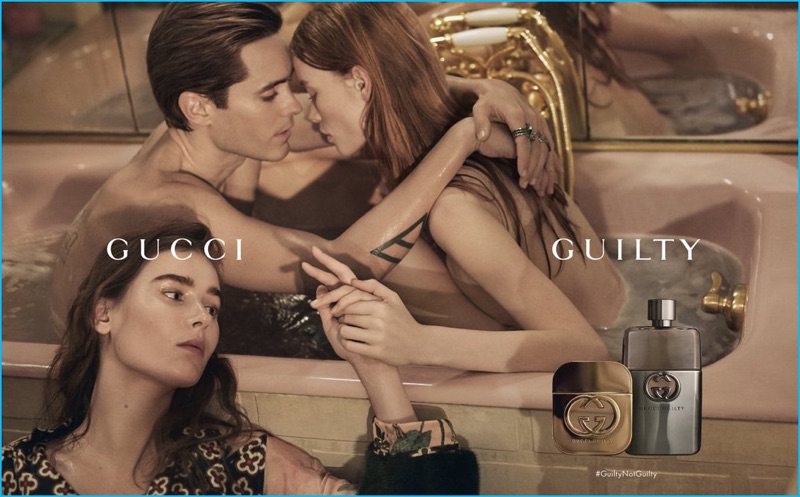 Known to many now for his role as The Joker in the recent Suicide Squad movie, Jared Leto adds another accolade to his belt – the face of the new Gucci Guilty fragrance campaign. 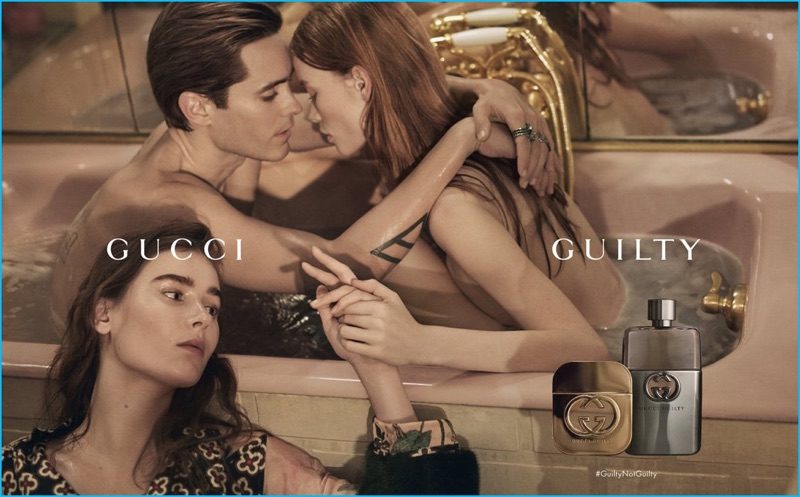 Starring with two other female models – Julia Hafstrom and Vera Van Erp – in the campaign, Leto got down and wet in the tub with his fellow casts in a classic sexy Gucci style.

Saucy and seductive, the entire campaign is realised photographer Glen Luchford and following hot on its heels is the newly unveiled campaign video styled by Suzanne Koller, which was all shot in the misty cobbled alleyways and the baroque palace of Venice (see video below).

For the fragrance, Gucci Guilty Pour Homme, it highlights an invigorating lemon zest, which is then intensified with seductive notes of lavender and patchouli.